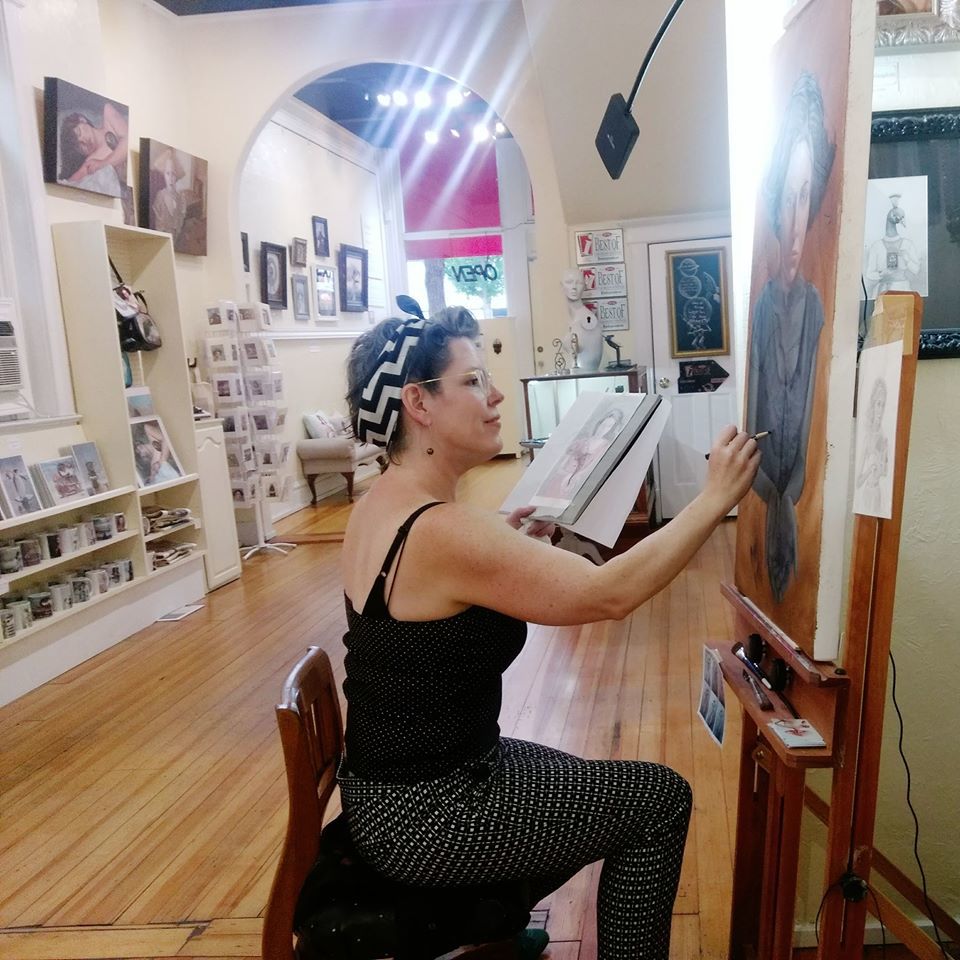 Liese Chavez works on a painting at Chavez Gallery, the gallery and art studio she shares with her husband, artist Kris Chavez. 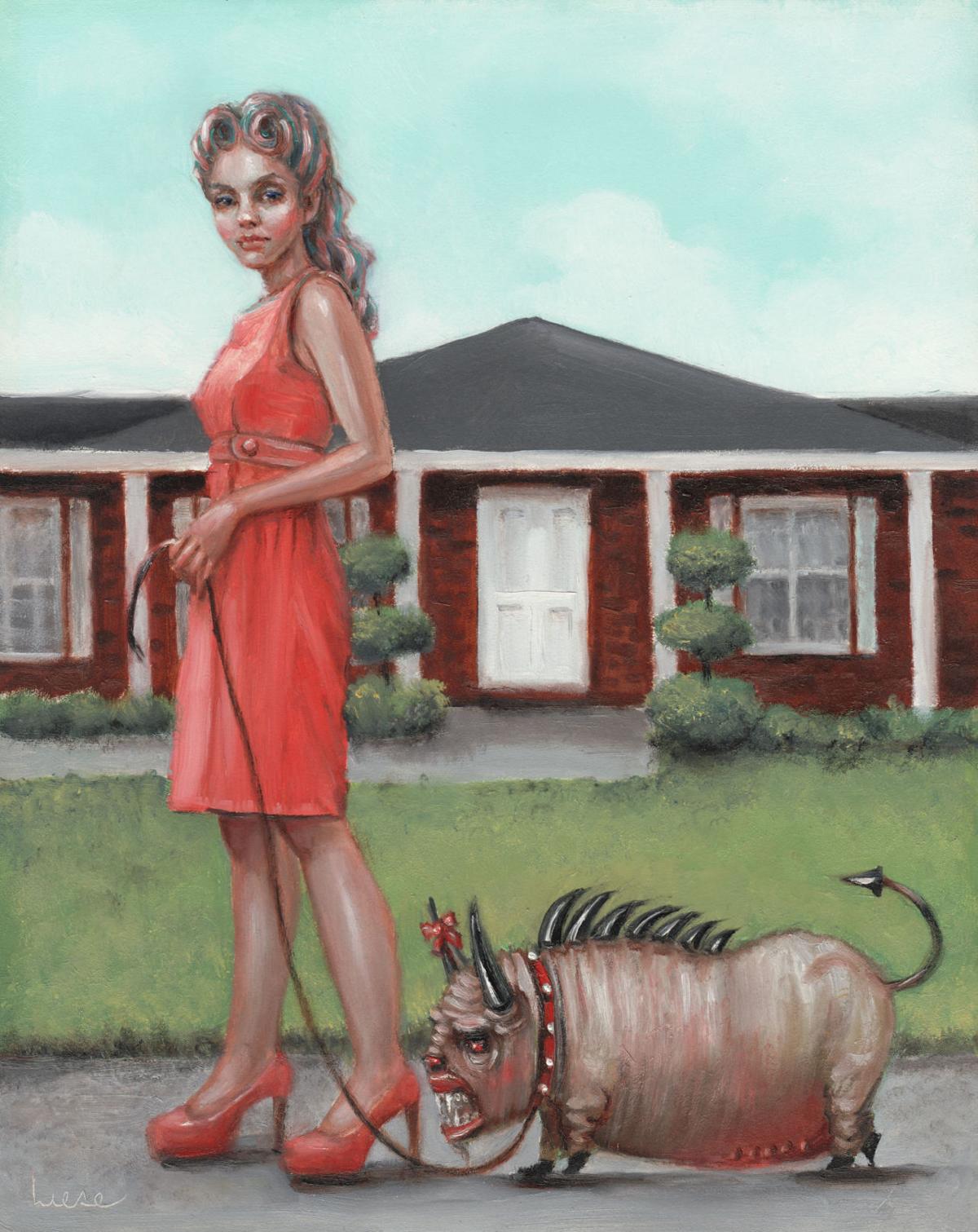 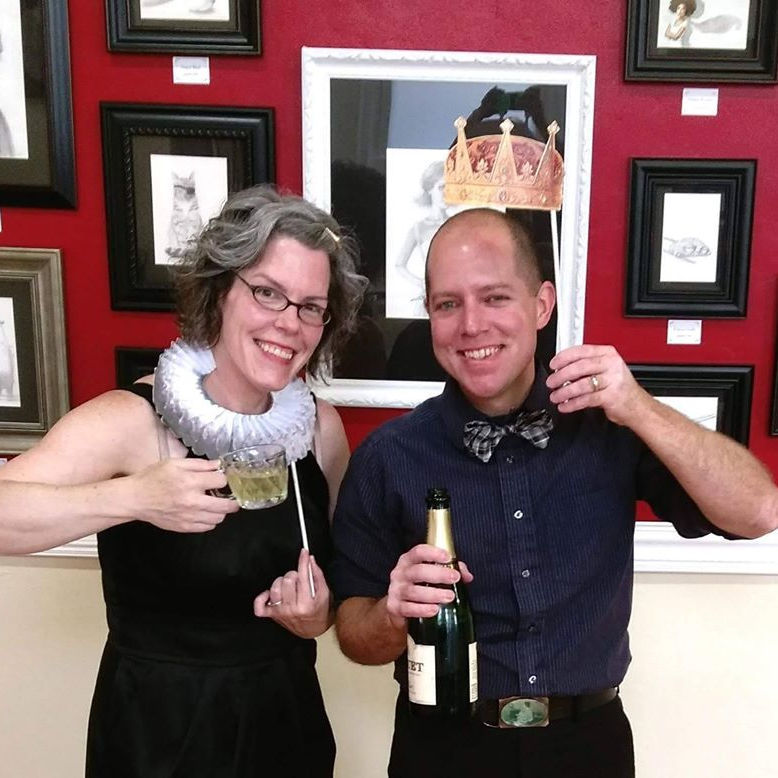 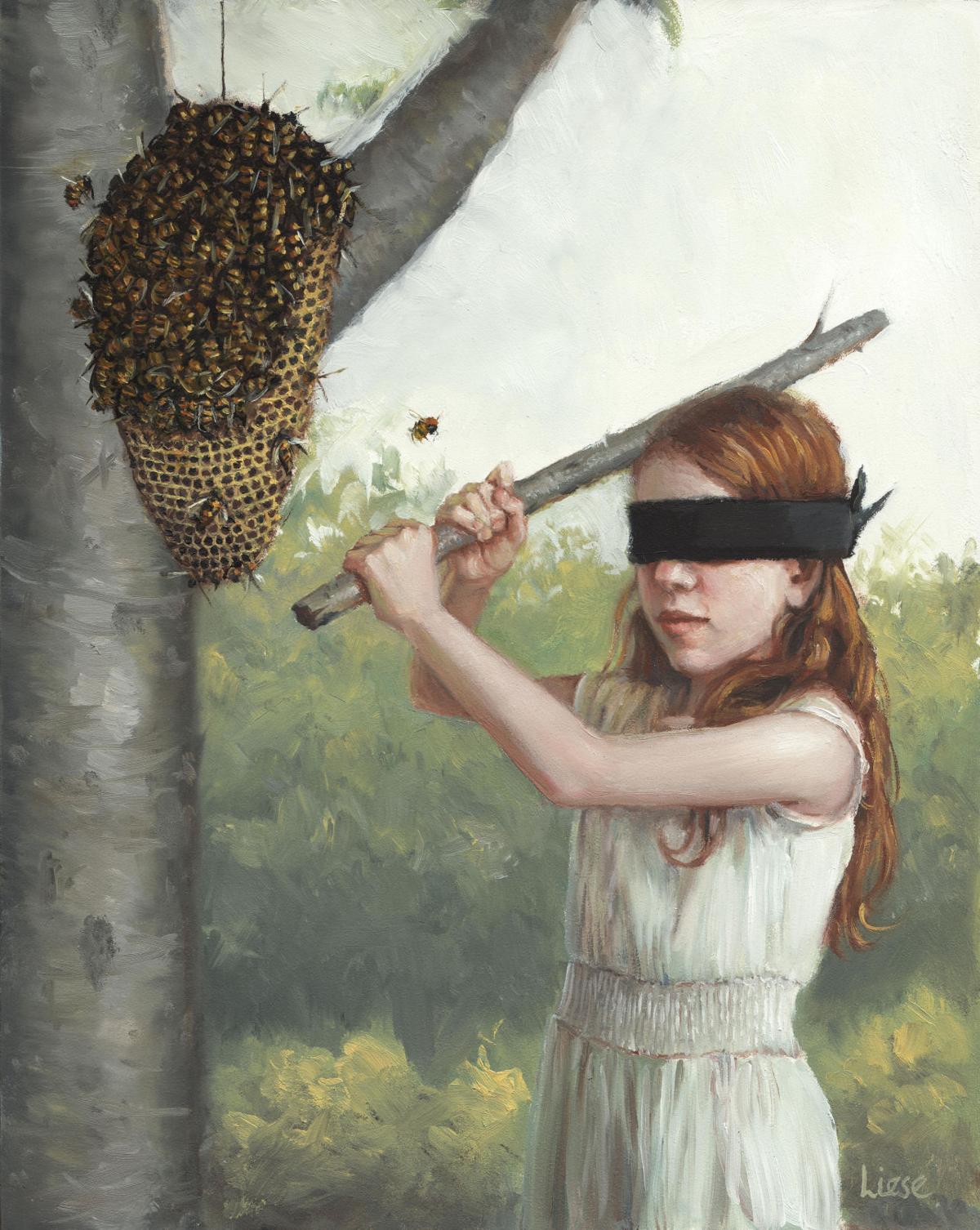 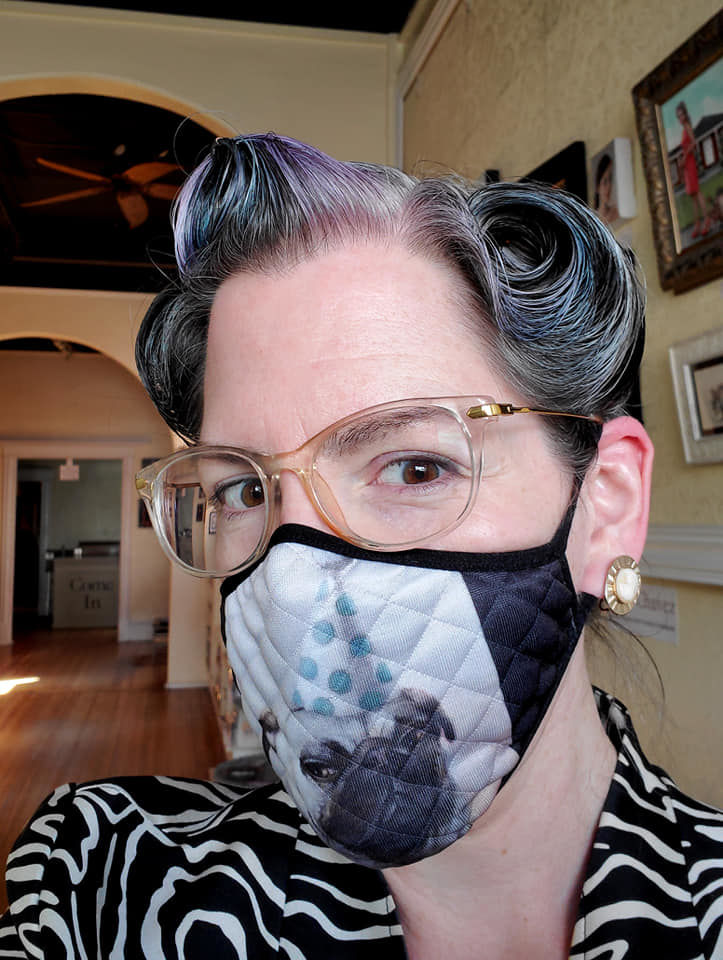 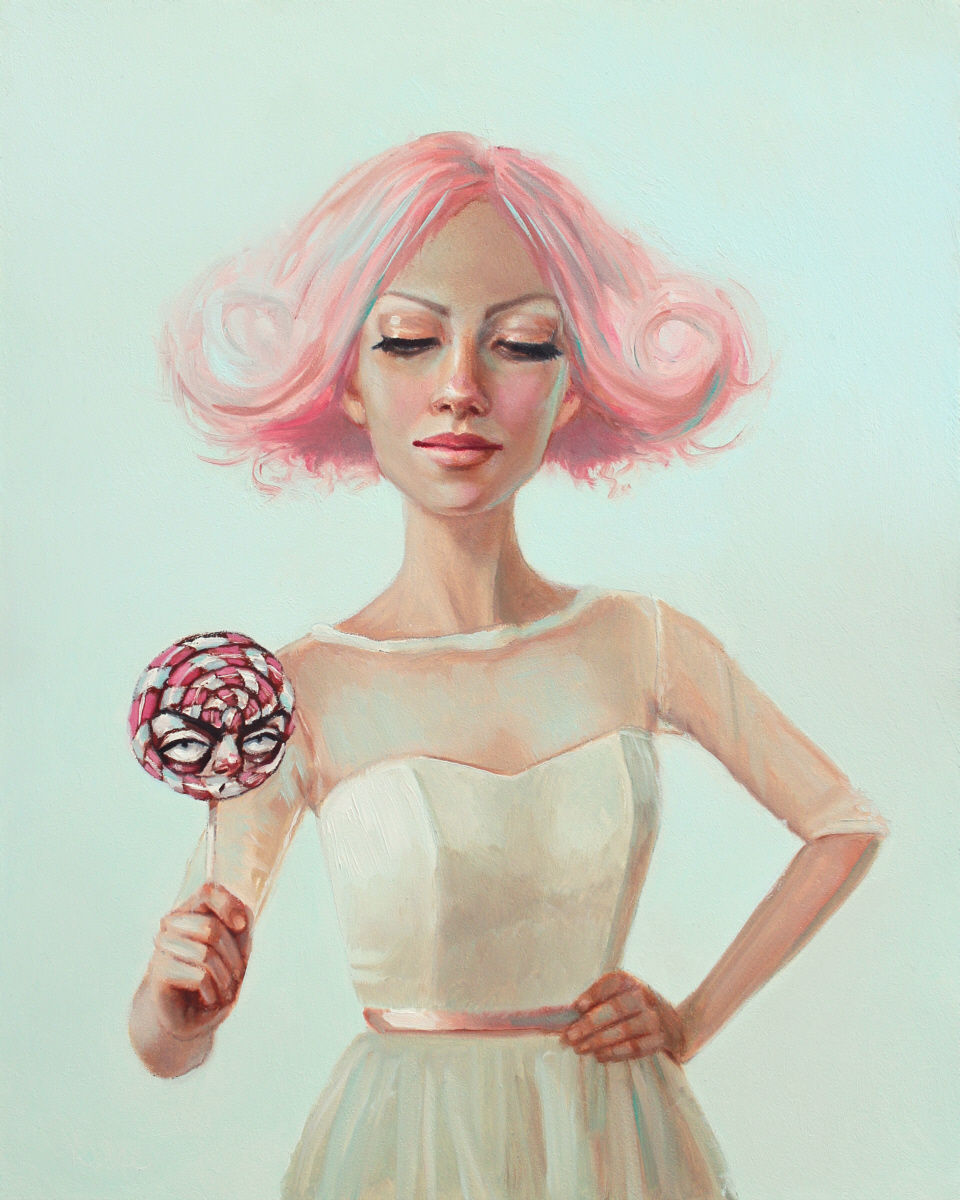 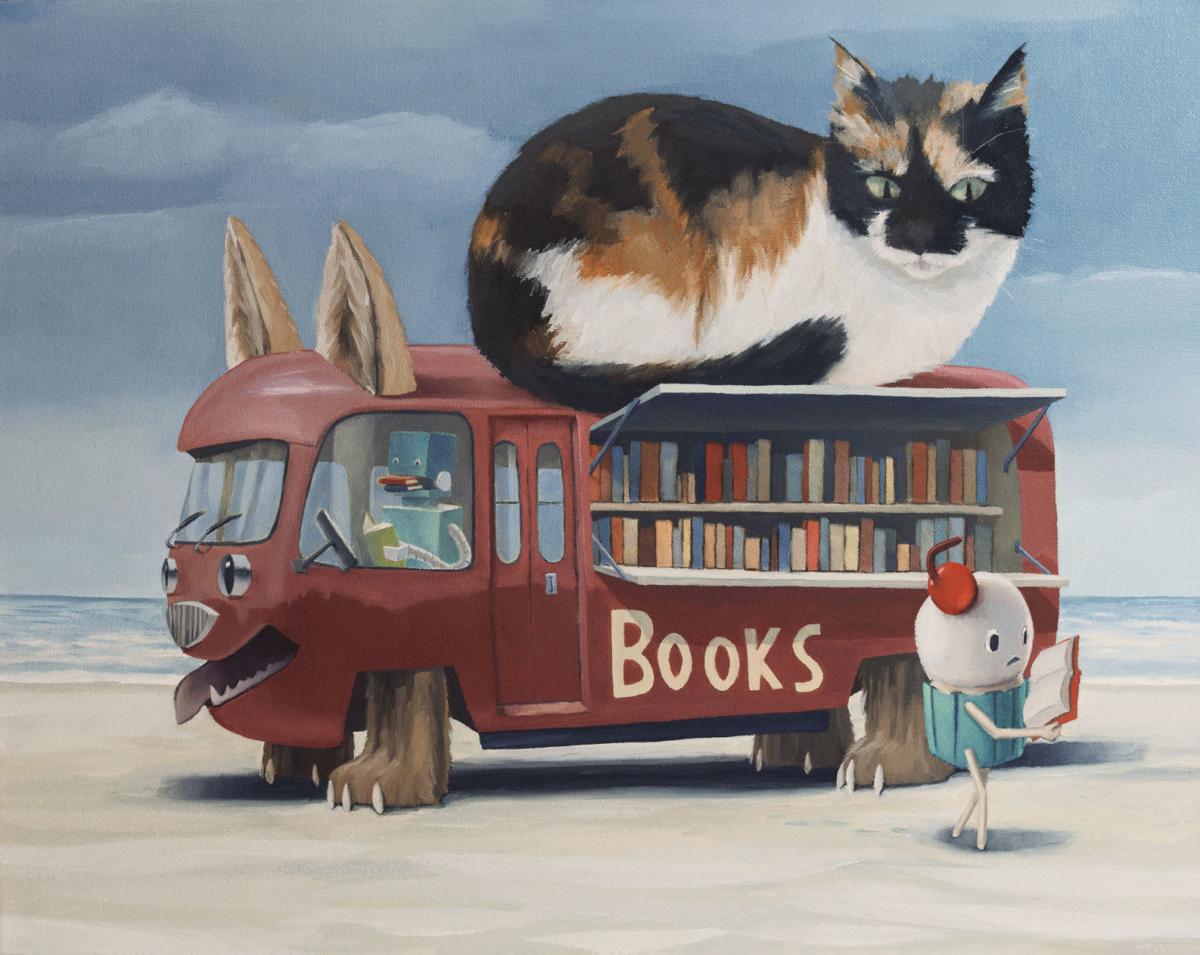 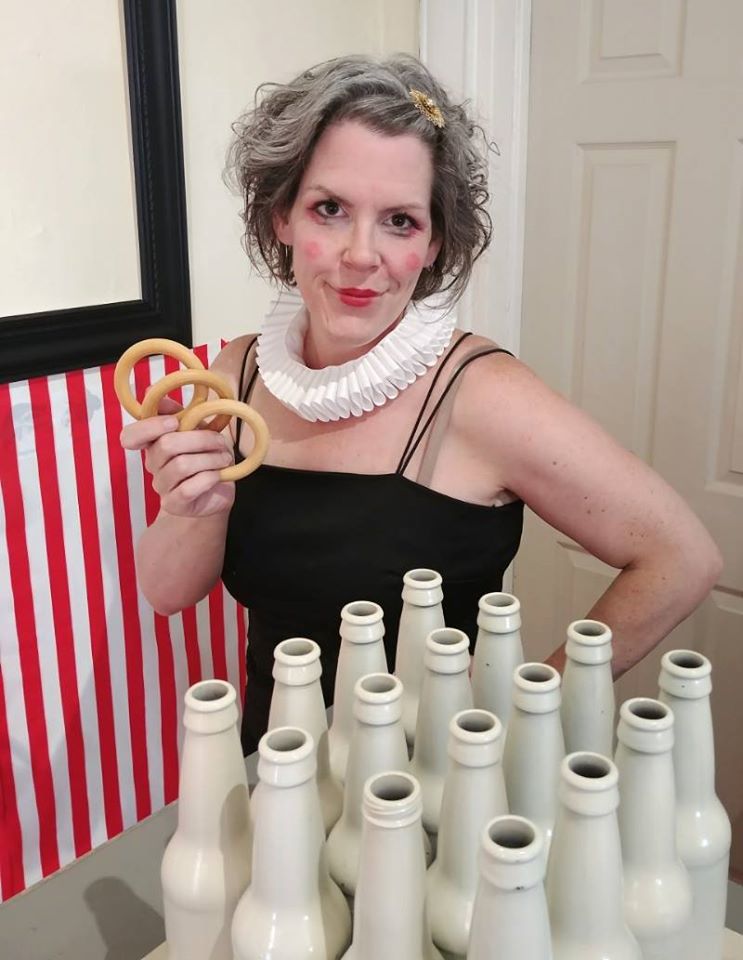 Liese Chavez works on a painting at Chavez Gallery, the gallery and art studio she shares with her husband, artist Kris Chavez.

Life is both beautiful and terrible inside the frame of a Liese Chavez painting.

“I have a dry sense of humor, and I like to depict reality as I see it,” she says. “It’s not all rosy cheeks. It’s not honest to paint that when it’s not how I see things.”

A few steps into Chavez Gallery, the Old Colorado City gallery and art studio she shares with her artist husband, Kris Chavez, and you’re escorted into a universe of narrative surrealism. Doe-eyed women with gossamer skin stare into your soul from the canvases. And they’re all doing impossible, improbable things. There’s a blond woman in platform heels walking her warthoglike pet. There’s the dark-haired woman standing aboard a ship while she conjures an ominous storm with her violin playing. This is what Liese does best — tell stories through the depiction of the implausible and far-fetched.

People, almost always women, populate her paintings. The human condition draws her in.

“I like to make myself cry,” she says. “People are so complex, and for me they elicit an emotional response.”

Five years ago, Liese (pronounced Lisa) had an aha moment: She realized she was a feminist painter, something she hadn’t set out to do. But now she could see clearly the “erect, gracious and enduring” females she created on canvas.

“I try to paint characters that have maybe not had things be simple, but it hasn’t crushed their spirit,” she says.

And perhaps that’s a little, or a lot, how she sees herself. She embarked on a nomadic life after leaving her Massachusetts home at 17. She traveled the country at 20 with an older biker, who taught her how to make beaded jewelry, and at 26, decided to give it a go on her own. En route to California and selling her jewelry along the way, she stopped in Colorado Springs to make a few sales in Manitou Springs and Old Colorado City.

She didn’t plan to stay, but after three of her car windows were smashed, she took a job at the auto body shop that fixed the glass as a way to make payments. Eventually, she became the manager of the now-closed Mountain Living Studio in Manitou Springs and began painting decorative work.

In 2006, she met Kris on the social networking website Myspace, and after they spent one weekend together, he moved from California to the Springs. It was and still is a good match. With a shared interest in art, they agreed to study together and find a way to move from having day jobs to living as full-time artists. They succeeded and years later were able to open their first gallery in Old Colorado City, where they stayed for three and a half years. They moved into their current location, a short jaunt down the street, three years ago.

Their work has found a niche. People around the world collect their pieces, and Liese had six months of commissions before the pandemic shut down their gallery.

Collector Candace Gross calls Liese’s fantastical work her “gateway drug” into art. The Springs resident estimates she has 50 of the Chavezes’ pieces. Her daughter described walking into their house was like walking into an annex of the Chavez Gallery.

“What I saw was so different than what I had always known as art,” remembers Gross about the first time she saw Liese’s work. “It was so out of the box.”

Liese isn’t sure when or if their gallery will reopen. She’s feeling particularly vulnerable physically after being diagnosed about seven years ago with adult onset asthma that doesn’t respond to medication. Toward the end of 2012, she noticed her lungs burned and she couldn’t stop coughing after she and Kris went trail jogging, one of their favorite forms of exercise. The asthma turns getting the flu into a crisis. While others get knocked out of life for a week, she winds up with chest X-rays and prednisone. She was seeing a pulmonologist before COVID-19. That’s all on hold for now.

“Being small-business owners is a crisis every day. So this is not new, it’s just different,” she says. “I can’t guarantee the gallery will be here in six months, but we’ll still be artists in six months.”

Liese seems much like the luminous dark-haired woman in her painting “Controlled Chaos.”

In the spiraling tornado she cups in the palms of her hands, a viewer can spot a house and a bicycle — a nod to the Wicked Witch of the West in “The Wonderful Wizard of Oz.”

“She is obviously carrying a lot, if you look at the symbolism,” Liese says. “If you look at her expression you can tell she’s been keeping this tornado in check for a long time. She’s not giving up. It’s another testament to what a pillar of power a woman can be.”

This is what she wants her art to do — remind us of our own power.

“If I can make you giggle or remind you how much you kick (expletive), that’s something you can take with you into your day,” she says. “There’s plenty of things that remind us of how different we are. I like to paint things that can remind us how we’re all the same. The same stresses, the same ups and downs, the same hopes.”