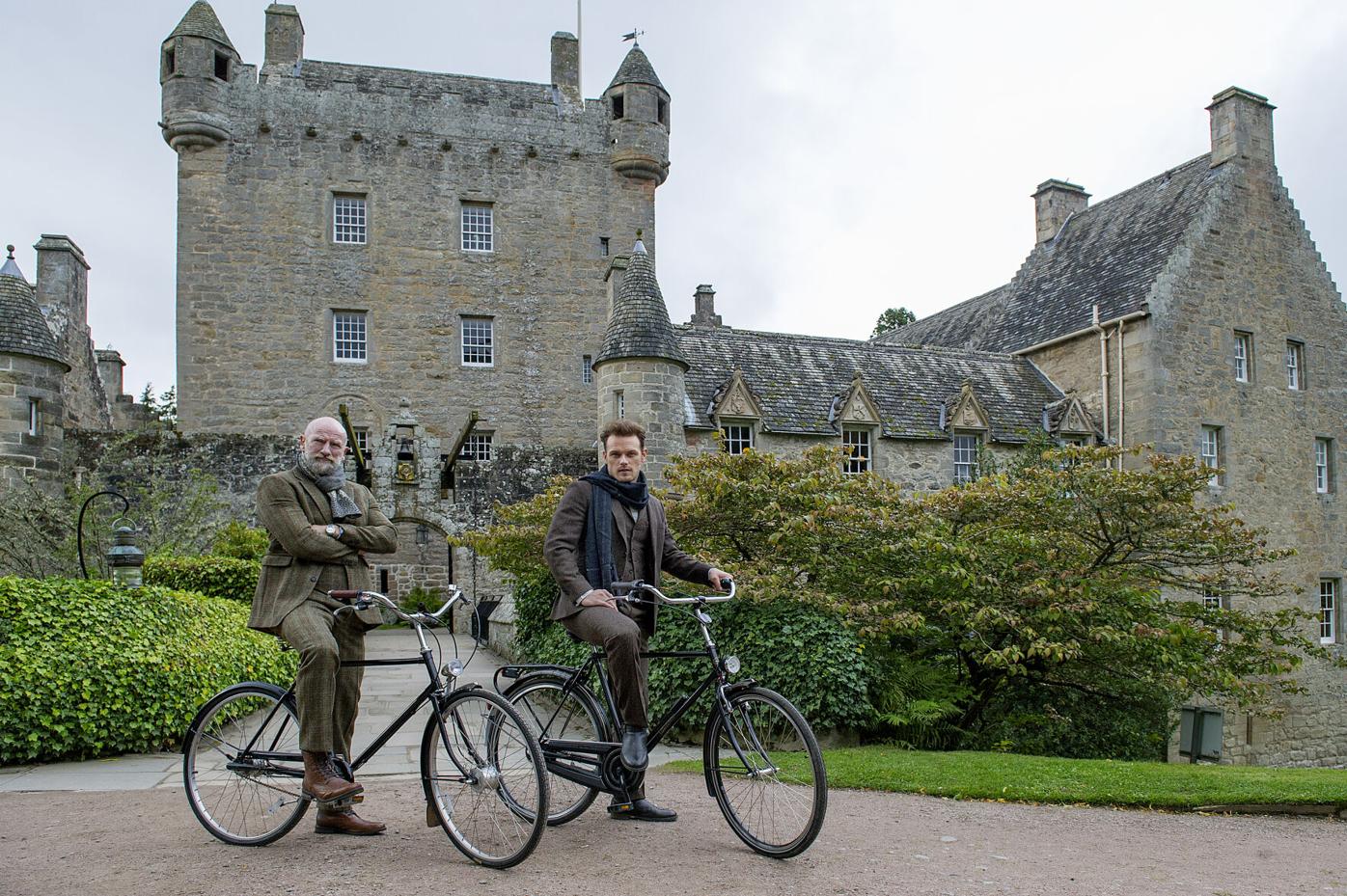 Graham McTavish, left, and Sam Heughan in “Men in Kilts.” 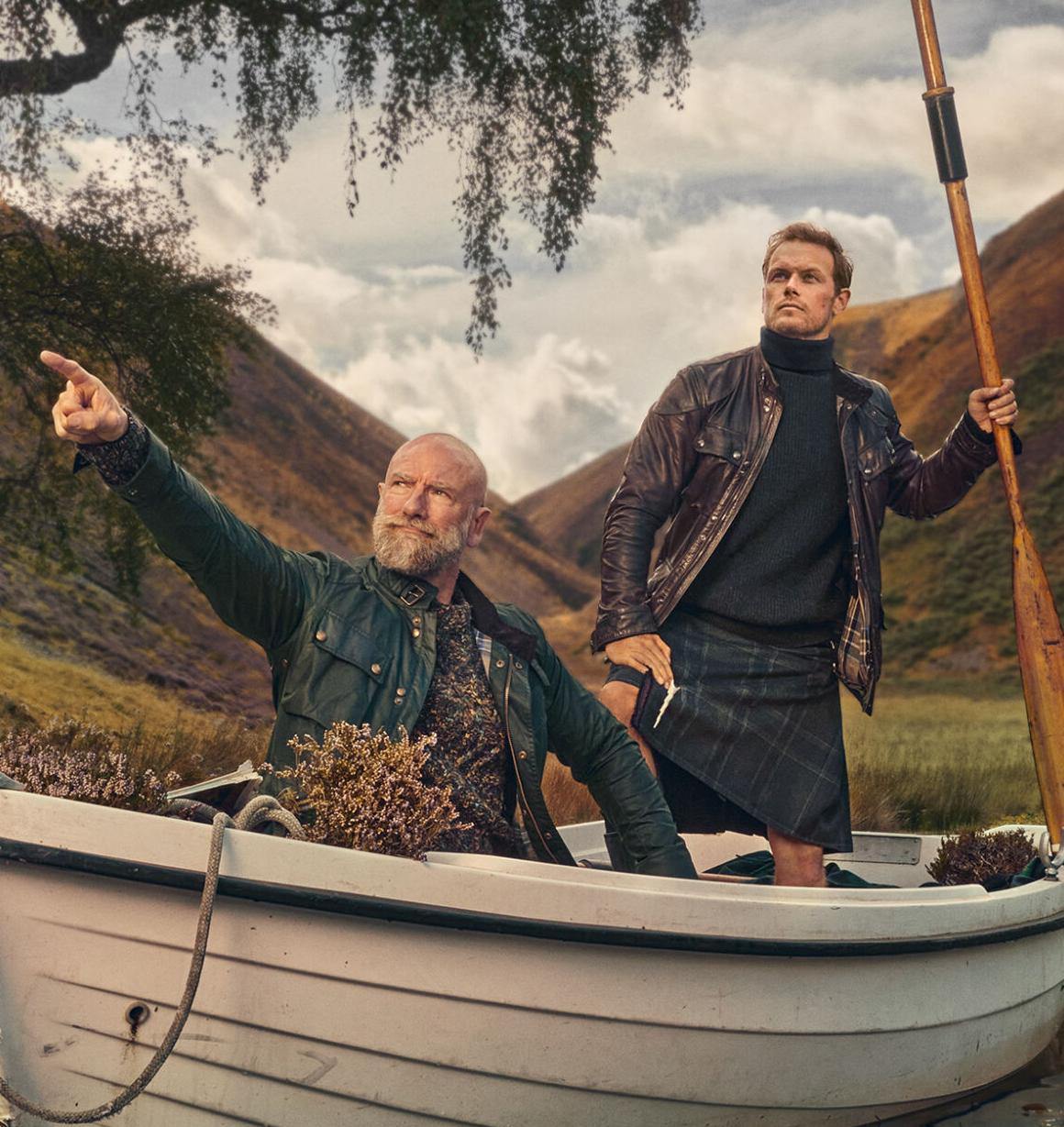 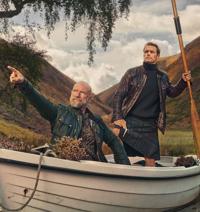 Sam Hueghan and Graham McTavish star in the new Starz travel series, “Men in Kilts: A Roadtrip with Sam and Graham.

Graham McTavish, left, and Sam Heughan in “Men in Kilts.”

Sam Hueghan and Graham McTavish star in the new Starz travel series, “Men in Kilts: A Roadtrip with Sam and Graham.

“Men in Kilts: A Roadtrip with Sam and Graham”

The premise: “Outlander” stars Sam Heughan and Graham McTavish take to the road, visiting various locales around Scotland in this eight-episode travel series. The duo, both born and raised in Scotland, explore their heritage and meet a variety of unique people who exemplify what it means to be Scottish.

Highs: With the coronavirus putting a damper on international travel, a series that highlights the features of a beautiful country is the cure for what ails the homebound. And who better to show viewers around the beautiful country of Scotland than two of the stars of a television series rooted in Scottish history, “Outlander.”

While rough and tumble onscreen, actors Sam Heughan and Graham McTavish share little likeness to their “Outlander” counterparts. Heughan is a quick-witted jokester who likes to poke fun of his older friend. He’s also quite competitive and has a passion for whisky. McTavish is the complete opposite of most of the characters he portrays. Onscreen he’s often intense and fiery, but in real life he is soft-spoken and easygoing. Together, they’re a great team, which makes it incredibly enjoyable to take part in new experiences from their exuberant point of view.

Each episode of “Men in Kilts” has its own theme. Episode one features Scottish food and drink. Like many people, I never gave much thought to Scottish cuisine. The first Scottish dish that comes to mind is haggis, a meal Heughan and McTavish make laugh-out-loud jokes about in episode two. But throughout the first episode, viewers learn the country is a seafood paradise. A visit to a whisky distillery with the fun-loving pair perfectly exemplifies their enthusiasm for this road trip. It’s an enthusiasm that’s infectious.

The series truly finds its footing in episode two, which focuses on Scottish sports. Heughan and McTavish are clearly more comfortable with the series’ documentary style, somewhat ironic for actors, and are a bit more loose. The episode also allows the duo to be more physical, something they seem are more at ease with. Lifting stones, competing in events from the Highland Games and playing golf at St. Andrews gives Heughan and McTavish an opportunity to tap into their competitive spirit, which is fun to watch.

Since this travel series is on the same network as “Outlander,” viewers will see brief segments that tie what the actors are doing to events that happened on the show. Because the “Outlander” books and television series strive for as much historical accuracy as possible, it’s a clever way to blend a reality series and a fictional series together. Fans of “Outlander” will certainly enjoy it.

Lows: While the premiere episode is entertaining, it’s so brief that it glosses over several of the places that Hueghan and McTavish visit. A trip to a Michelin-star restaurant, a trip on a fishing boat and an outdoor cookout with a noted chef are all completed at a rapid pace. This will leave viewers feeling rushed, which is certainly not what you want to feel when you’re vicariously traveling through Scotland with two TV stars.

Episode two does a much better job of slowing the pace and dropping some useful knowledge on viewers. That said, this feels like a series in which episodes should be an hour in length instead of 30 minutes. Hueghan and McTavish are clearly having a great time, which should be shared more with the audience.

Grade: (B): The celebrity road trip series is nothing new; it’s ground that Norman Reedus and Ewan McGregor have walked before. What makes “Men in Kilts” unique is the personal connection Hueghan and McTavish have to Scotland. Even though they were both born in the country, they still show an immense appreciation for and love of their own culture. This passion is sure to be carried to viewers, who will get to experience a fun adventure in a stunning setting.

The story of FBI agent Clarice Starling continues in a new CBS drama.