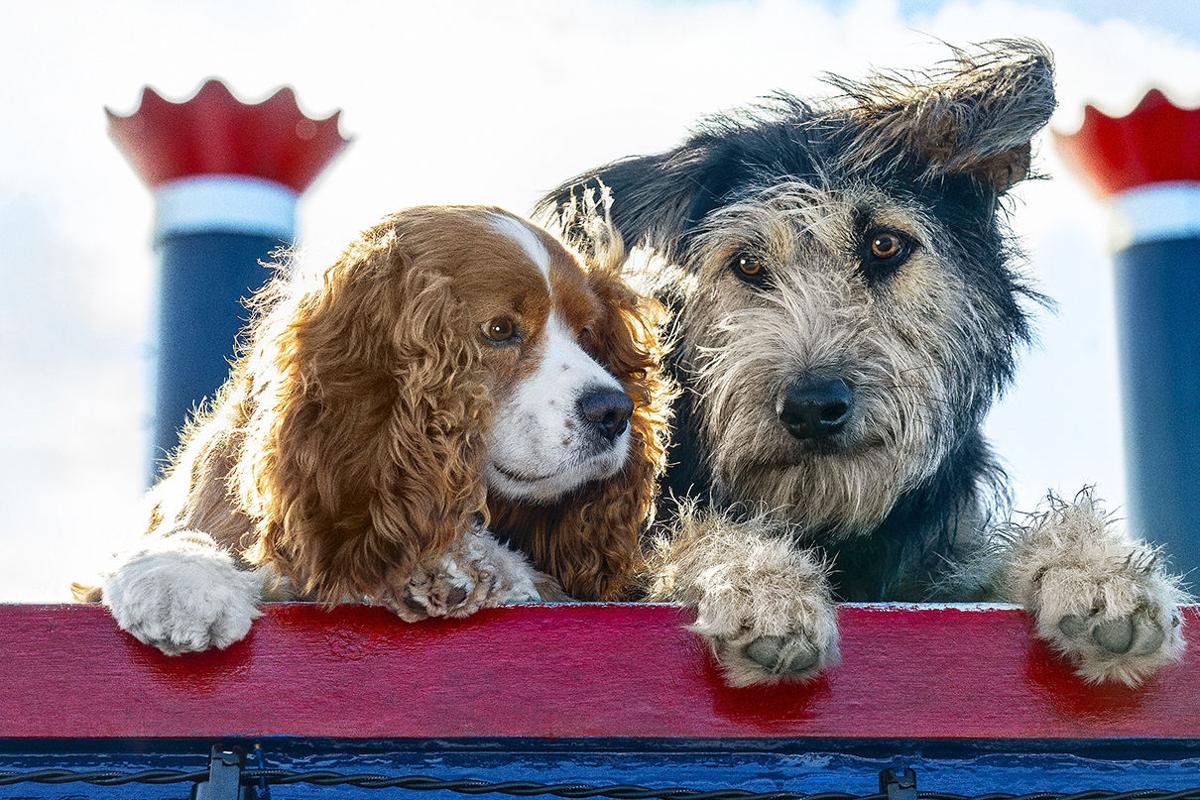 A scene from the live-action Disney+ series "Lady and the Tramp." 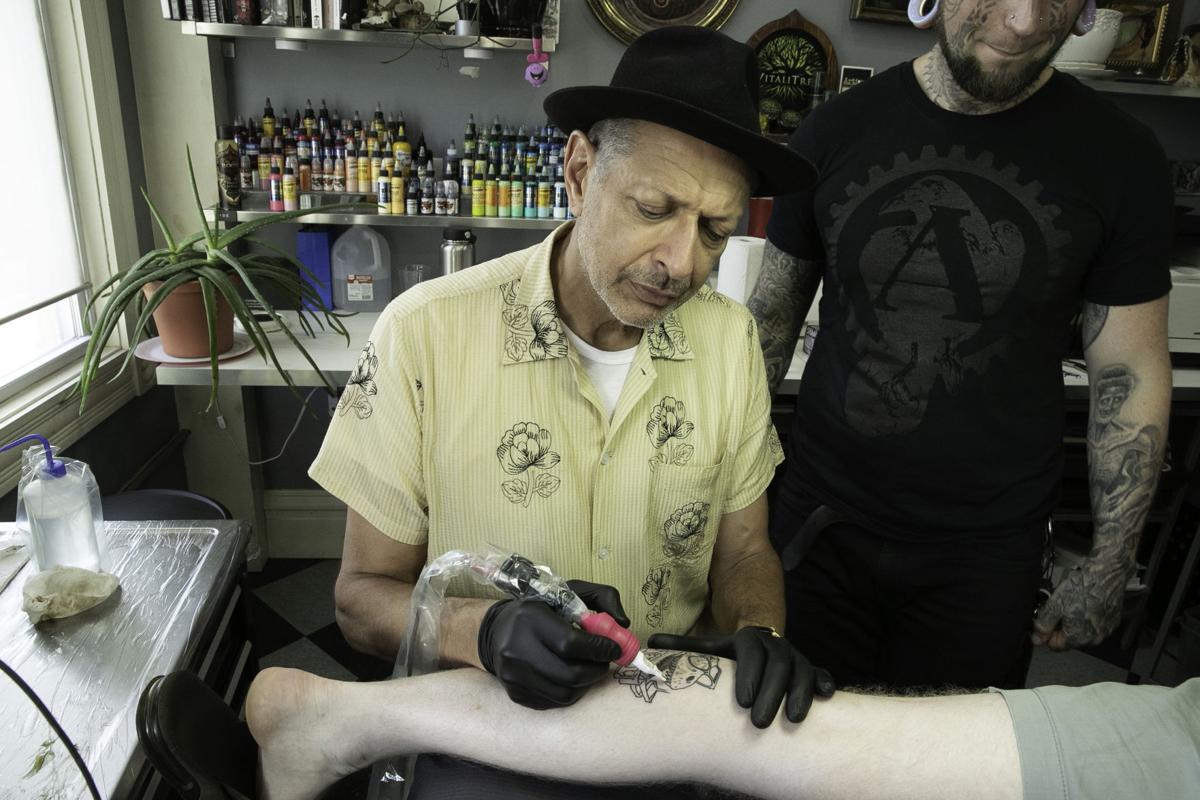 Jeff Goldblum in a scene from the Disney+ series, "The World According to Jeff Goldblum."

A scene from the Disney+ series, "The Mandalorian." 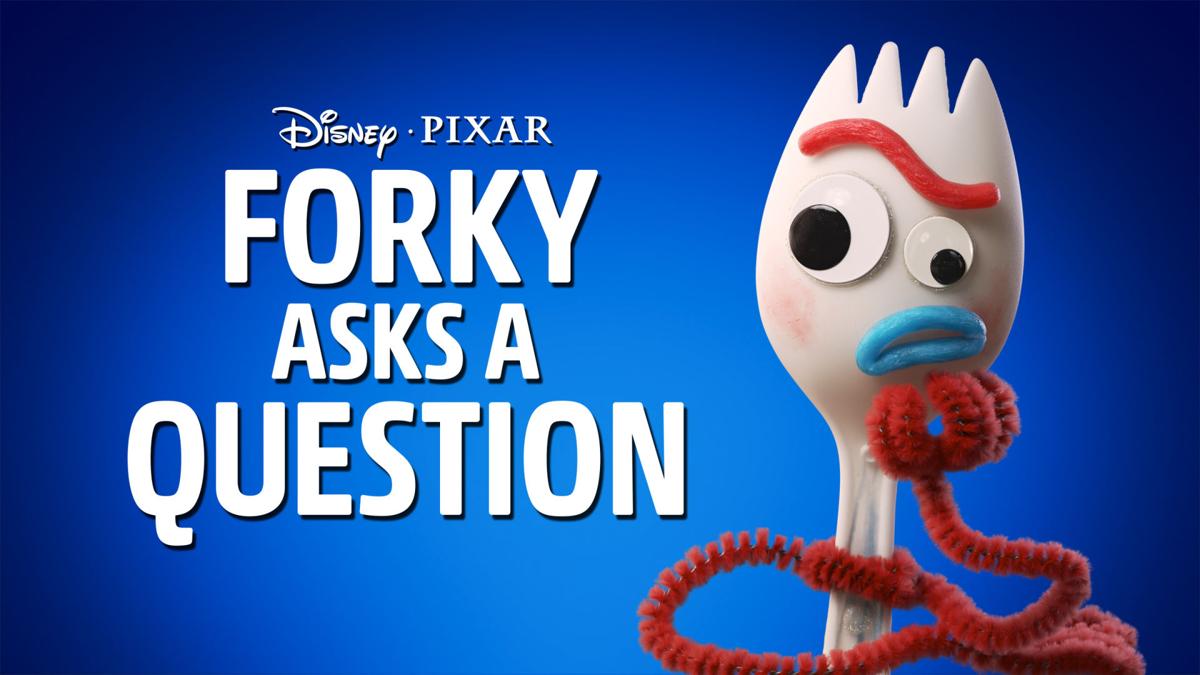 A scene from the live-action Disney+ series, "Lady and the Tramp."

A scene from the live-action Disney+ series "Lady and the Tramp."

Jeff Goldblum in a scene from the Disney+ series, "The World According to Jeff Goldblum."

A scene from the Disney+ series, "The Mandalorian."

A scene from the live-action Disney+ series, "Lady and the Tramp."

Disney+ launches on Nov. 12 and chances are, it's going to feel a bit overwhelming. With more than 600 movies and TV programs available on day one, streamers will have access to a tsunami of content.

While classic films like "Beauty and the Beast" and "Finding Nemo" and tried-and-true television series like "High School Musical" and "Hannah Montana" are sure to draw a crowd, many others are curious about the original programming Disney+ has to offer.

Media members had early access to six original TV programs and one original film that will be available at launch. After spending the past week with everything I could get my hands on (with the exception of "The Mandalorian," which isn't being released in advance), I was impressed with the lineup as it had something for everyone. Here's an inside look at what you won't want to miss.

Premise - Forky, the craft project created from trash and voiced by Tony Hale ("Veep") in "Toy Story 4", has important questions about how the world works. In the first two episodes he asks: What is a friend? and What is money? in a way that only Forky can.

Highs/Lows: I watched the first two episodes of "Forky Asks a Question" and laughed out loud each time. Forky's view of things that are both simple yet complex is endearing, thoughtful and full of humor. I only wish episodes were longer than three minutes.

"Lady and the Tramp"

Premise: This is a re-telling of the 1955 animated classic where a pampered house dog (Lady, voiced by Tessa Thompson) and a tough but lovable stray (Tramp, voiced by Justin Theroux) embark on an unexpected adventure.

Highs/Lows: While watching this film I kept wondering why Disney didn't release "Lady and the Tramp" in theaters. It's a high quality film worthy of a theatrical release. Excellent cinematography, stellar voiceover work and a clear dedication to the source material will make this a household favorite.

Highs/Lows: Part class reunion, part "High School Musical: The Middle Aged Years," this series was a pleasant surprise. Taking real people and bringing them back together to recreate an event they bonded over more than 10 years later is incredibly entertaining and thought-provoking.

"The World According to Jeff Goldblum"

Premise: In each episode Jeff Goldblum pulls on the thread of a deceptively familiar object to unravel a world of astonishing connections, fascinating science and history.

Highs/Lows: Jeff Goldblum is a wonderfully eccentric man and his unusual look at what seem to be ordinary things (sneakers, ice cream, denim) leads viewers down a rabbit hole of the unexpected. Goldblum is an oddball, so some may find his distinctive speech pattern and mannerisms distracting, but I appreciate his view of the world and unique take at the simple things in life.

Premise: This documentary-style series follows a group of students who are counting down the days until they get to perform in their school’s first-ever production of, "High School Musical: The Musical." No joke!

Highs/Lows: Your tweenager's newest obsession will be this series that's heavy on humor, music and meta references. It's also full of drama, competition, romance and spontaneous singing and dancing. Just like high school was for everybody.

Highs/Lows: If you're a hard core Disney fan, you'll love this deep dive into the history of the men and women behind the organization. Walt and his brother Roy are heavily featured, as you might expect, but you'll also learn about the people who helped build the foundation of what Disney is today. The first two episodes focus on the construction of Disneyland and Disney World.

Premise: Youngsters from across the country who have dedicated their lives to selfless acts of bravery and kindness are celebrated by Marvel as the true superheroes they are.

Highs/Lows: This series has a kind-hearted premise, recognizing young men and women who are overcoming adversity or championing a just cause. It's a little on the saccharine side, but the message it delivers is a positive one.

The launch of Apple TV+ kicks off streaming wars