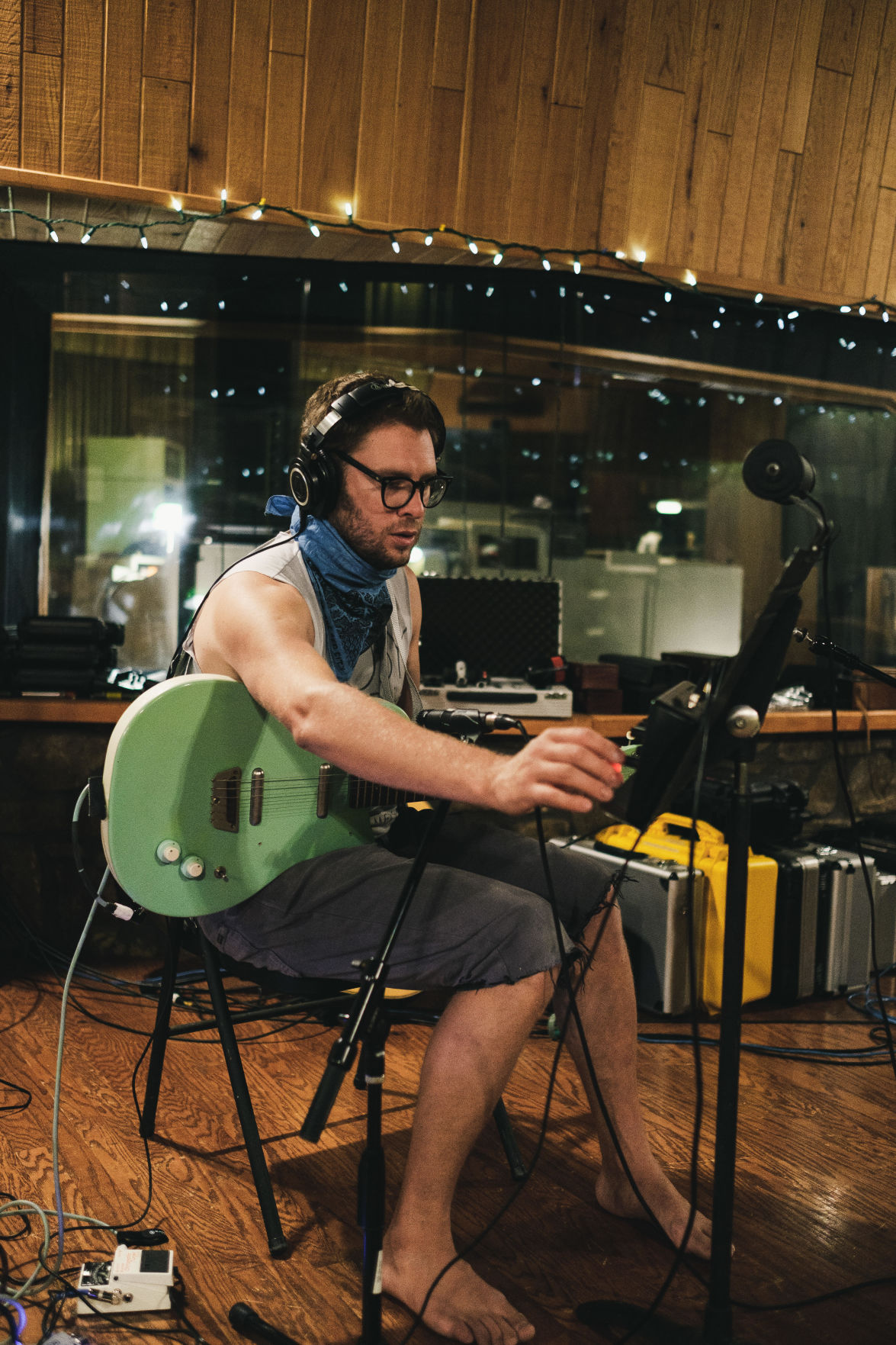 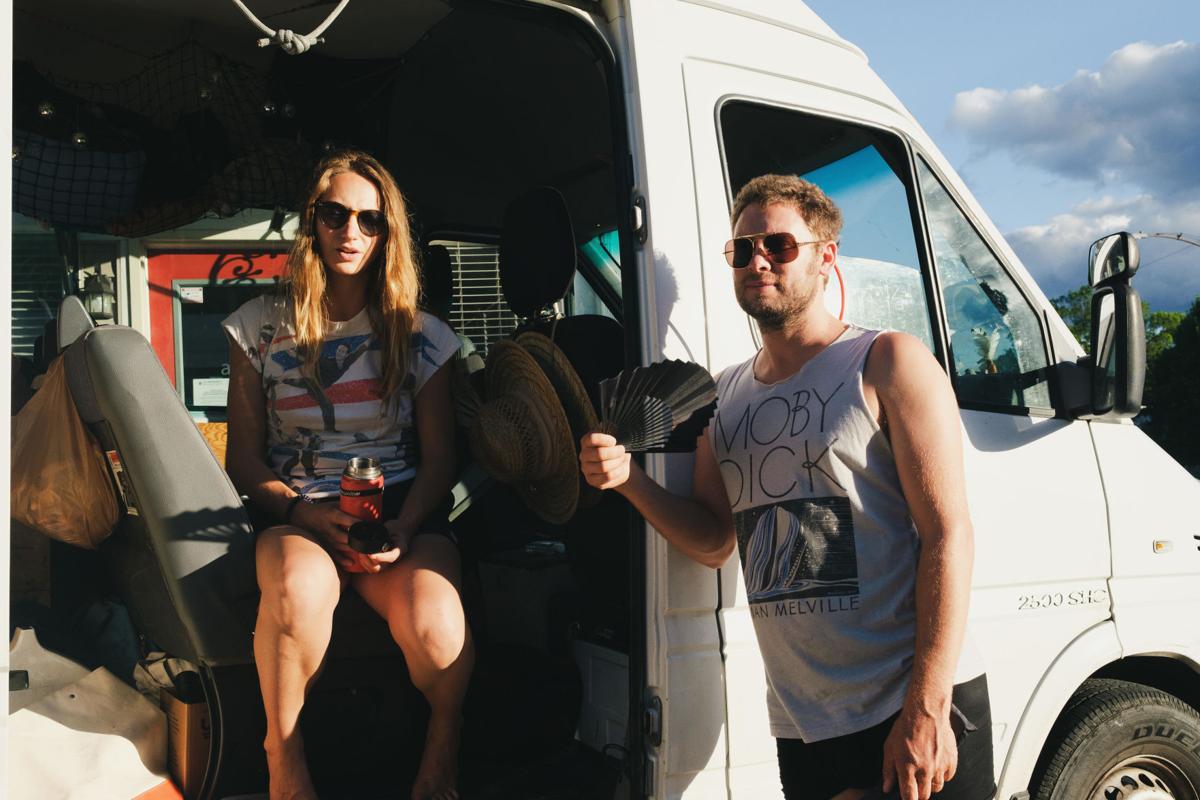 Stelth Ulvang, right, teamed up with his wife, Dorota, to record a new album in June. He wrote some of the songs on the album during quarantine. 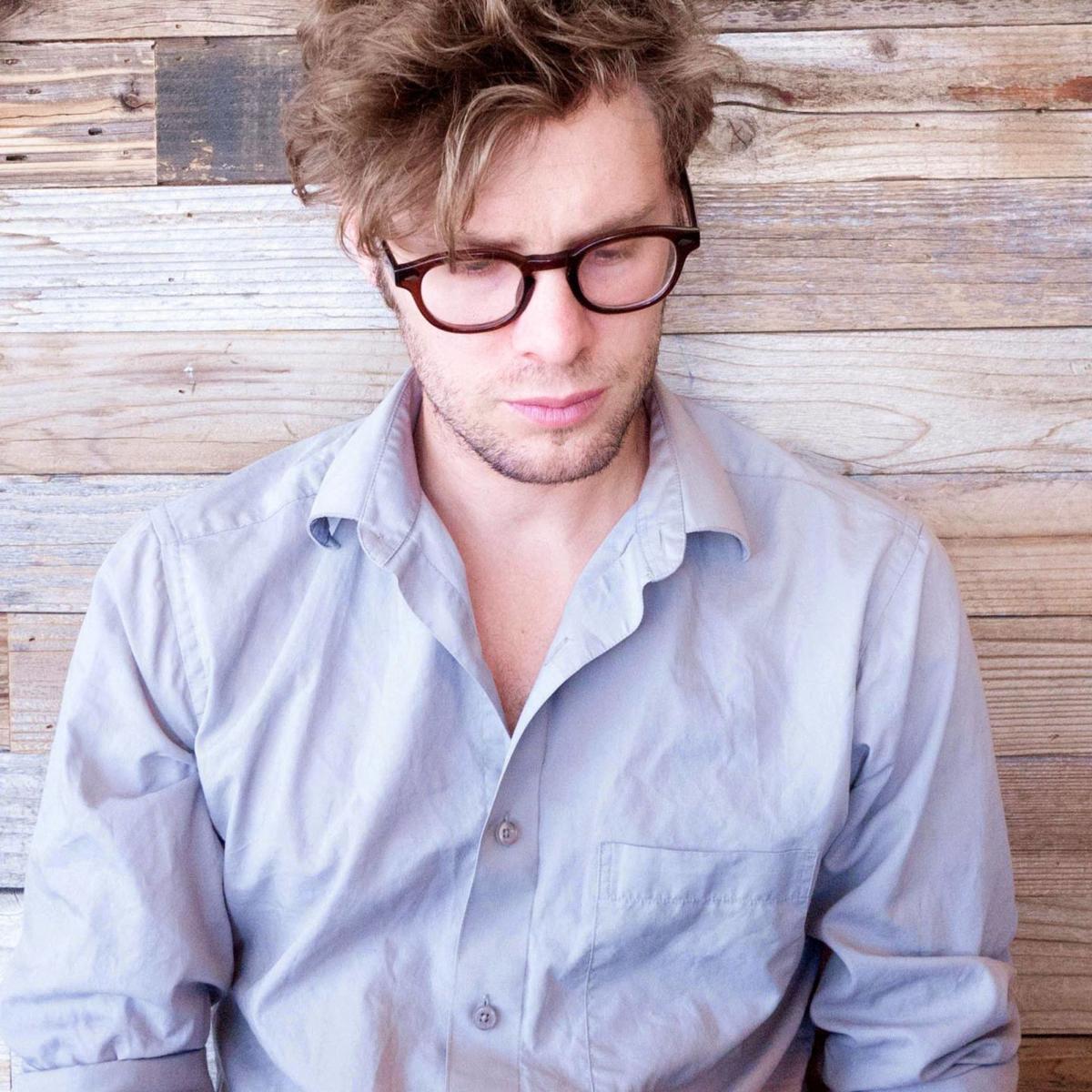 Stelth Ulvang, right, teamed up with his wife, Dorota, to record a new album in June. He wrote some of the songs on the album during quarantine.

Stelth Ulvang wants to know if I’ve heard of “the COVID 19.” You know, the freshman 15esque expression for people gaining weight during the coronavirus shutdown.

Near the beginning of quarantine, the joke was starting to feel a little too real for Ulvang.

“My brain was doing that with music,” he said in an interview with The Gazette. “I was gaining the proverbial weight of lack of creativity.”

Ulvang had little motivation to write new songs or play his old songs. His band, The Lumineers, had to cancel a bunch of tour dates he was looking forward to. His entire way of life as a full-time musician had to change. It had to get slower and quieter.

“It was immediately discouraging,” he said. “It was pretty rough.”

It’s rough because music, specifically performing live music, was all Ulvang had known for so long. The Fort Collins native has played music since middle school and never really stopped. He spent years playing small bars and houses in Denver with a band called the Dovekins. Even when his bands were getting booked, he’d busk on the streets of Fort Collins or Boulder to make extra cash.

Ahead of one house show, two guys from New Jersey sent messages on Myspace to 60 or so Denver musicians asking if they could open up for anyone. They only got two responses, including one from Ulvang.

That’s how The Lumineers ended up opening up for the Dovekins at a house show in Denver and how the now-famous band found a home in Denver. Ulvang has been a touring member of The Lumineers since 2011.

The gig has taken him all over the world on some of the world’s biggest stages. On his website, Ulvang describes himself foremost as a “globe traveler.”

Recently, like everyone else, he’s been stuck in one place. And not loving it.

Some thought the quarantine would produce a golden age for art, giving musicians valuable time to create without the usual distractions. Not Ulvang.

“For me, I was like, ‘I’m not looking forward to the wash of songs about being sad and alone and inside,’” he said. “Even though that’s the truth of what was happening.”

The Lumineers did a few livestreams, but singing into a screen felt empty. It felt nothing like the real thing.

It was time, he decided, to get out of this rut. Or at least try. He came up with a challenge: To write one song a day. And to start running, because he actually was starting to gain a few pounds.

For inspiration, Ulvang and his musician friends would trade songwriting prompts. They tasked each other to write about a very vague memory. Write a sequel to a song you like. Use five words from a word generator. Rehash an old tune from your voice memos. Ulvang wrote goofy songs and songs about looking at dogs or whatever he saw outside his window. He played music with his wife, Dorota, too.

Ulvang kept going until he had written 100 songs.

“Most of them were pretty bad,” he said. “But I had found a way to exercise this practice.”

There were no expectations. But at the end, Ulvang says he had 10 good songs.

Some of them were even good enough to record. And he didn’t want to wait.

On a whim in mid-June, Ulvang and his wife drove to Nashville to record together. Five of her songs and five of his. Each recorded live and showcasing more of Dorota’s voice, because as Ulvang says, “She has a way better voice than me.”

Perhaps the best album he’s ever made.

“This is the first time I’ve driven around and wanted to listen to the music I made,” he said. “I think it’s actually pretty good.”

He’s not sure how or when, but Ulvang looks forward to releasing these songs someday.

He got a taste of that two weeks ago, when he played a small show at a venue and bar, called the Roxy, in Denver. He and others on stage wore masks. So did the audience members.

It was odd, Ulvang said, and a “little tough to connect.”

”But you could tell there was an excitement and attentiveness in the room just to be out at a show,” he said.

Spinphony, a classical rock mashup band of four women and their stringed instruments, will be the first live show at Stargazers Theatre and Event Center since March.