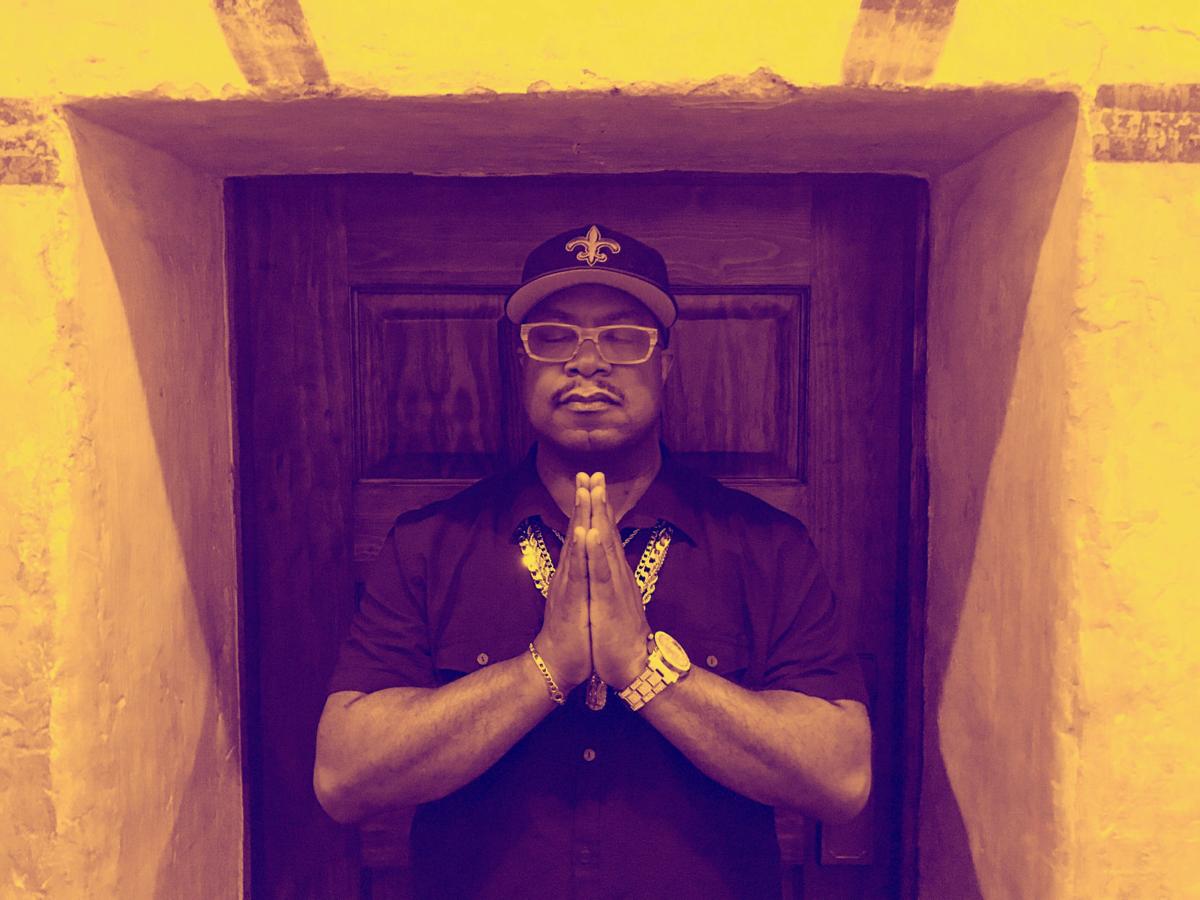 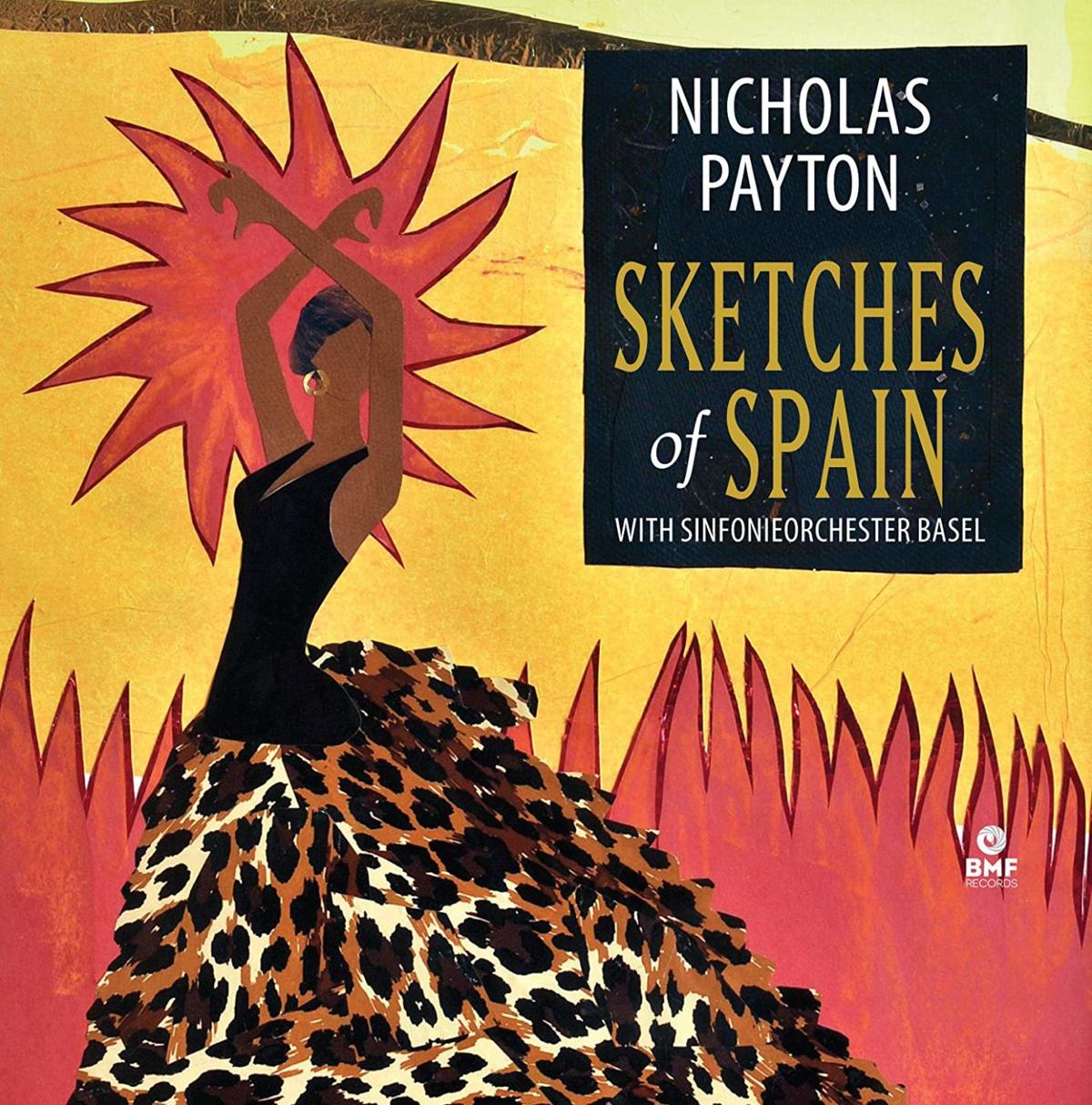 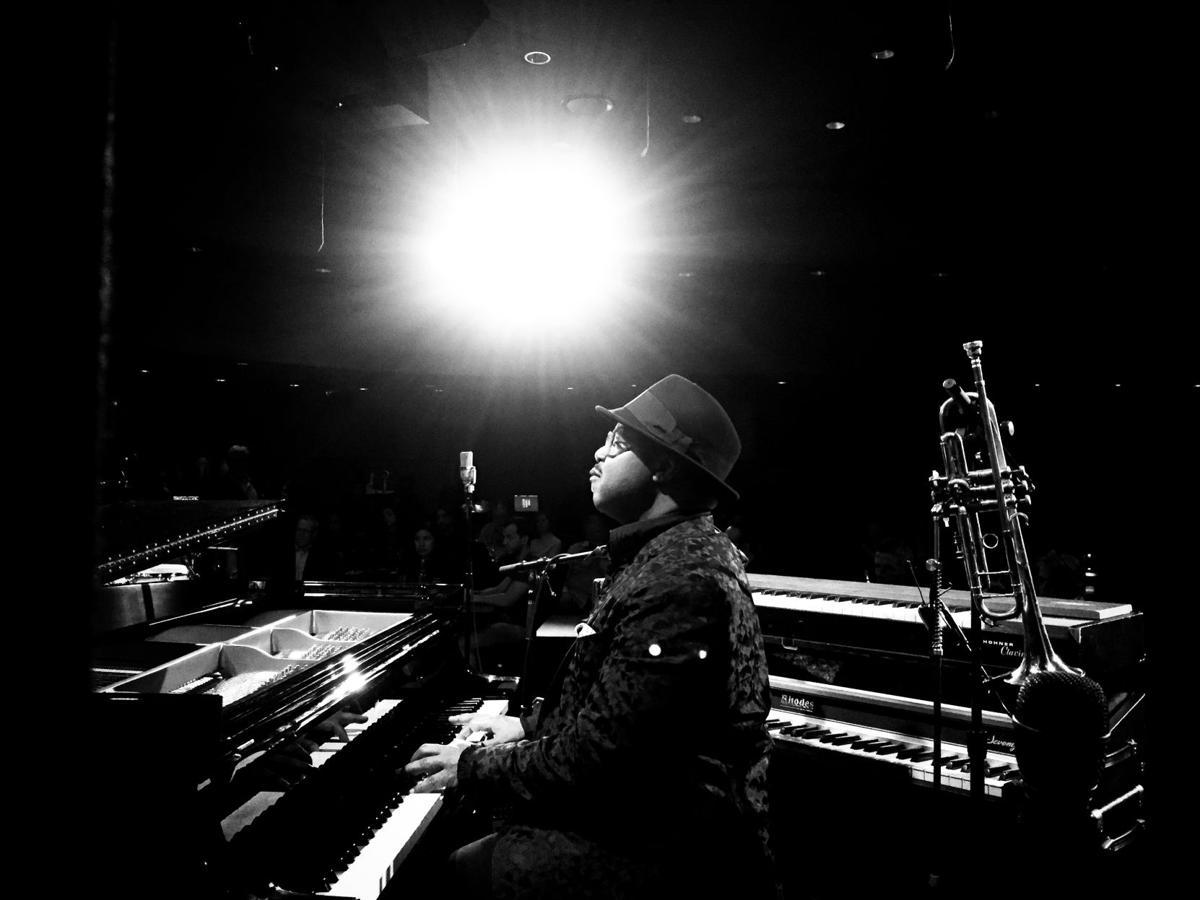 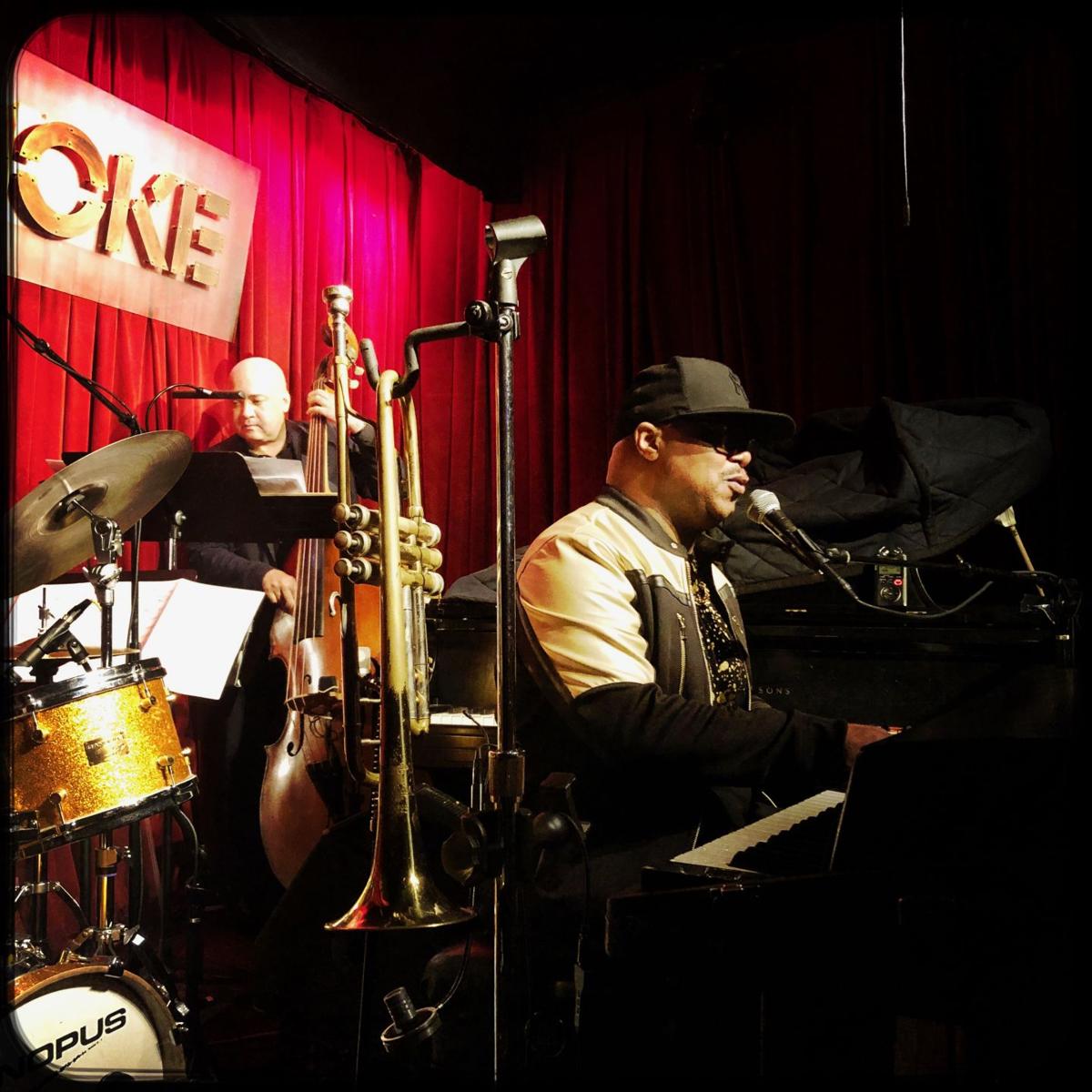 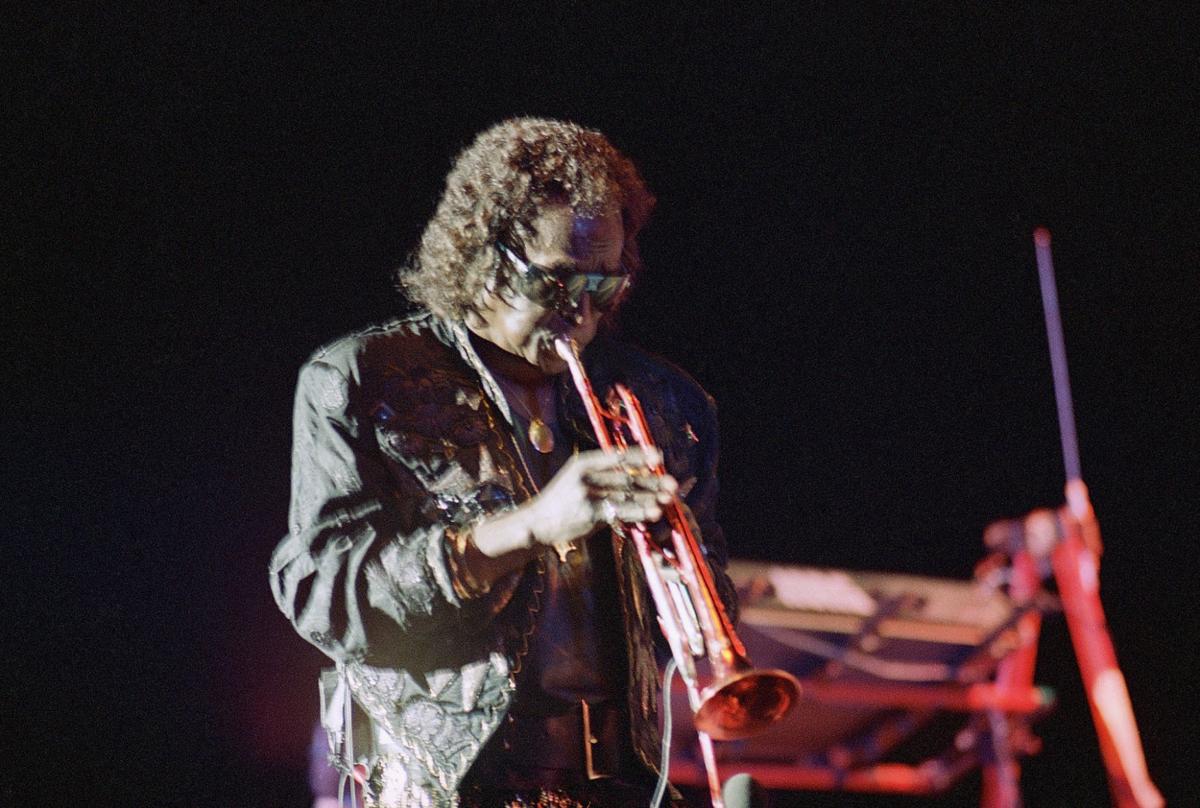 The Nicholas Payton/Colorado Springs Philharmonic concert on Friday will feature “Sketches of Spain,” the much-beloved but seldom-performed masterpiece collaboration by Miles Davis, pictured, and Gil Evans.

The Nicholas Payton/Colorado Springs Philharmonic concert on Friday will feature “Sketches of Spain,” the much-beloved but seldom-performed masterpiece collaboration by Miles Davis, pictured, and Gil Evans.

Michael Sawyer is one of the few Americans who have heard Nicholas Payton’s “Black American Symphony,” and he’s eager for this small listening club to grow wider.

The work was commissioned by the Czech National Symphony in 2012 and has been performed only four times, all in Eastern Europe. The symphony offers a sprawling, 45-minute look at more than a century of African American music.

And it will be performed for the first time in the U.S. when Payton, a trumpeter, joins the Colorado Spring Philharmonic at 7:30 p.m. Friday in Pikes Peak Center. Close to 80 musicians will be on stage. The concert is presented by Colorado College, where Sawyer works as an assistant professor and director of the Africana Intellectual Project.

“It was fascinating for me to sit there and take in that entire journey,” says Sawyer, who listened to a recording of Payton’s composition. “I think it’s fascinating to see an artist of Nicholas’ quality as a writer put in the symphonic environment.

“I think what Nicholas has accomplished is blowing up that line and showing that high and low culture is just culture.”

Payton is an acclaimed trumpeter who won a Grammy for his collaboration with late jazz giant Doc Cheatham. He’s an adventuresome improvisational musician, who — like the best jazz artists — is hard to predict.

“Payton bent notes beyond recognition. No descriptive label or category could be affixed to Payton’s solos, which were as brashly original as they were technically imposing,” writes the Chicago Tribune’s Howard Reich.

But Payton never has taken an adventure quite as ambitious as his symphony.

Reached by phone, Payton is hesitant to talk in specifics about his creation.

“Don’t expect anything other than the concert,” he says, taking care to be cryptic. “Relax, enjoy yourself and have a good time. Most performances are better with as little expectation as possible. When listeners come with an expectation, they are not necessarily open to the occasion. Music should be allowed to breathe.”

But Payton will explain the inspiration for his creation. After receiving the commission, Payton studied an essay by Antonin Dvorak, the legendary Czech composer. In the essay, which originally appeared in Harper’s Magazine in February 1895, Dvorak took a critical tour of American music. In 1895, an elite composer ranked as an international celebrity, and Dvorak’s 1892-95 visit to the U.S. created a storm of interest.

As Dvorak prepared to depart, he celebrated in his essay the contributions of African Americans to their nation’s music.

“The future of this country must be founded upon what are called the Negro melodies,” Dvorak wrote. “This must be the real foundation of any serious and original school of composition to be developed in the United States.”

It was a brave and radical proclamation. Dvorak was telling white America to look to black America for inspiration a mere 30 years after the end of slavery.

“Clearly, he had the fortitude to recognize the power of black music,” Payton says. “... To me, this speaks to the weight and the contribution of black people. There is no America without black people on every front, and the music is certainly a big part of that.

“They literally built this country and most of the things that are viewed as indigenous to America are contributions by black people, be it food, dressing and style, music and dance. Our greatest cultural exports have been from the black community. That Dvorak quote speaks to him recognizing and seeing that.”

“Black American Symphony” will feature Payton’s jazz quartet playing a composition of this decade alongside a Colorado Springs symphony that often plays music from the 18th and 19th century.

“It’s going to be a thrill for everyone,” Philharmonic CEO Nathan Newbrough says.

“I grew up hearing Miles Davis music,” Payton says. “I don’t remember not knowing what it was. When I started really delving into music, he was and still is my favorite musician. He made me want to play this music for the rest of my life. His whole body of work is the cornerstone of my development.”

“Sketches” was released in 1960 to critical acclaim and became one of history’s best-selling jazz albums. Evans, the arranger and composer, gave Davis a showcase for his mellow yet bold trumpet.

The composition runs a little more than 40 minutes and calls for 26 musicians.

What: Nicholas Payton and the Colorado Springs Philharmonic

Theresa Caputo, the popular “Long Island Medium,” will return to Pikes Peak Center on Thursday, perfectly timed with Halloween, when the thinning of the veils between the dead and the living is at its peak, according to folklore.