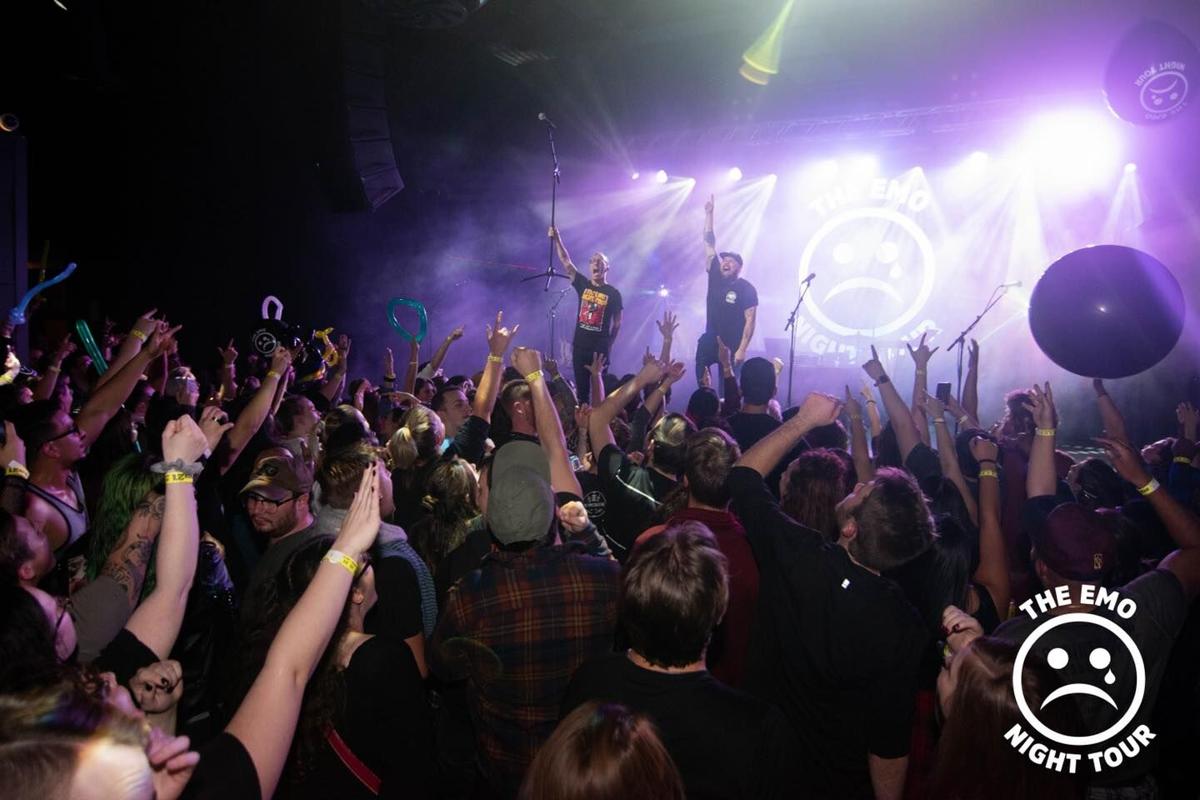 The Emo Night Tour is coming to The Black Sheep on Friday and Saturday. 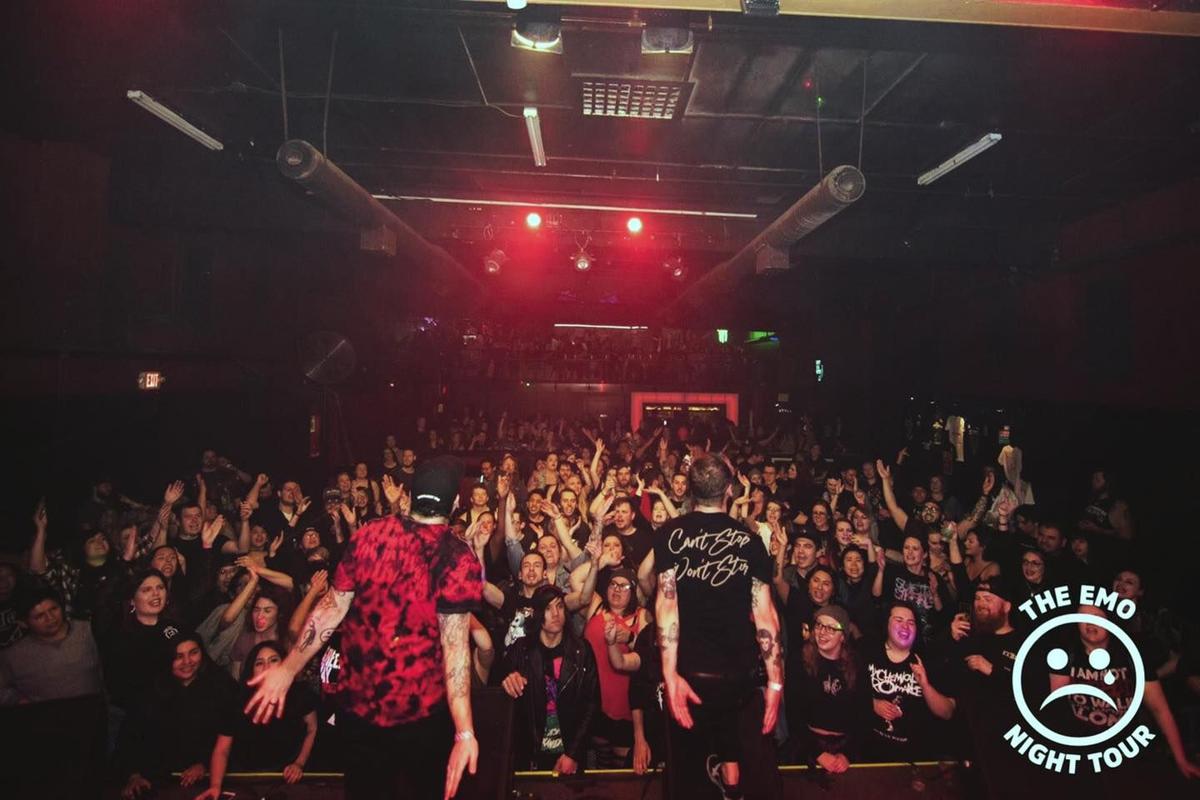 The Emo Night Tour comes to Colorado Springs this weekend. 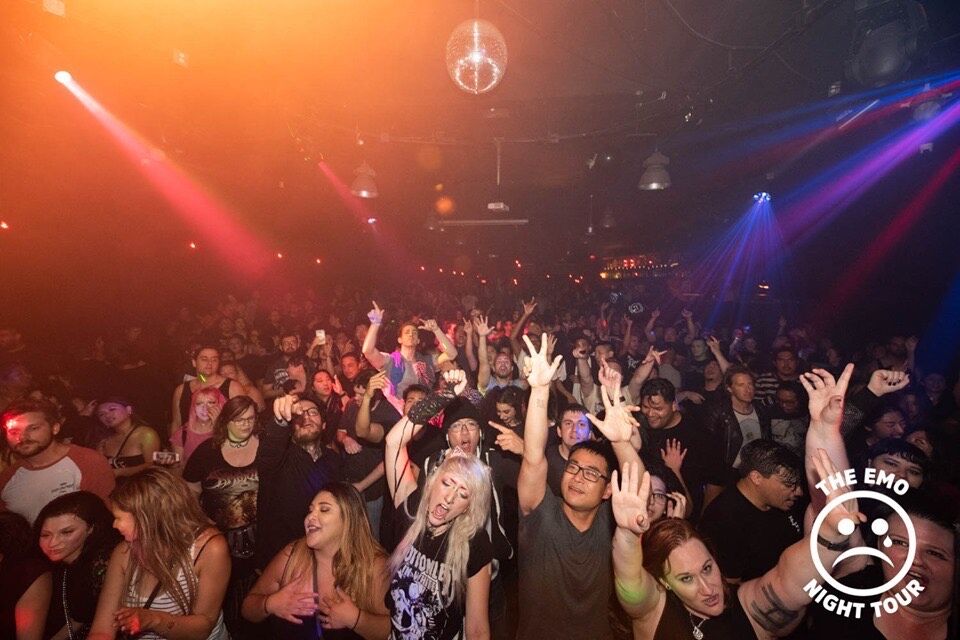 The Emo Night Tour goes on year-round with stops at cities across the country. 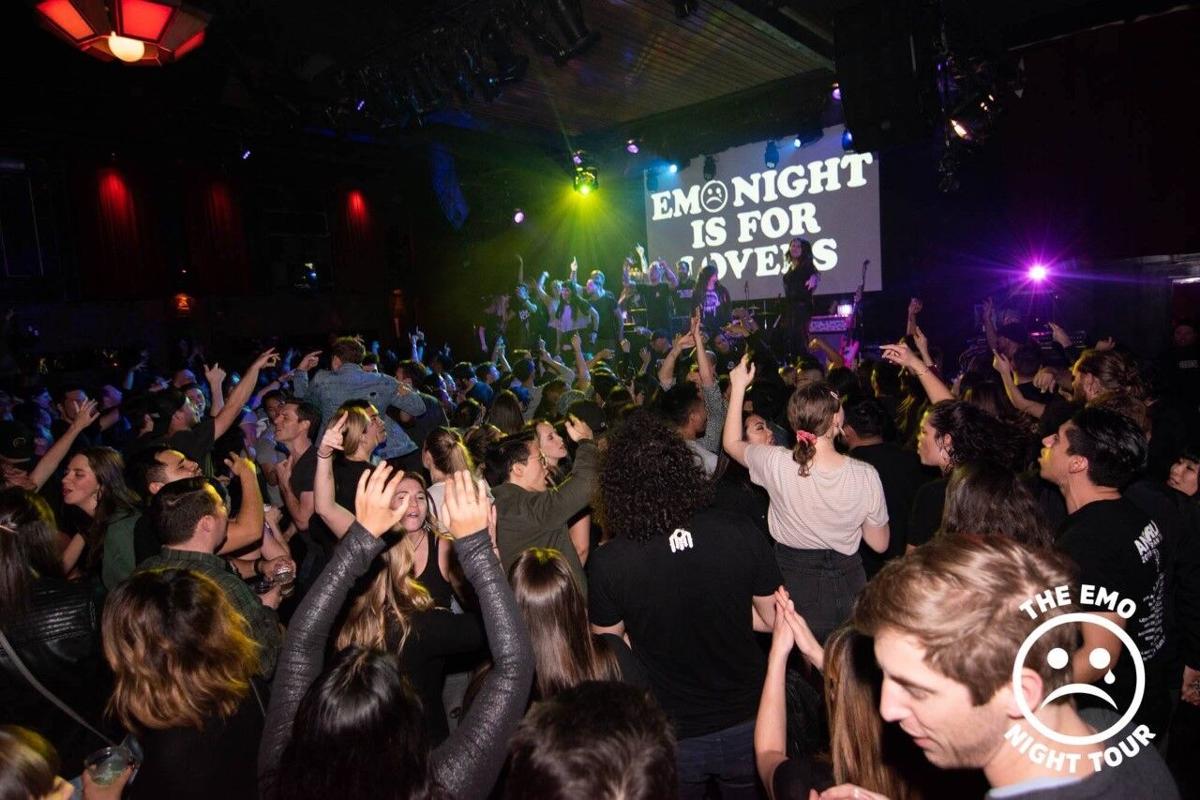 After a 15 month hiatus because of the pandemic, The Emo Night Tour kicks back off with shows in Colorado Springs this weekend.

The Emo Night Tour is coming to The Black Sheep on Friday and Saturday.

The Emo Night Tour comes to Colorado Springs this weekend.

The Emo Night Tour goes on year-round with stops at cities across the country.

After a 15 month hiatus because of the pandemic, The Emo Night Tour kicks back off with shows in Colorado Springs this weekend.

The song “Dear Maria Count Me In” by All Time Low came out more than 13 years ago. Just a few months ago, the song, a pop-punk staple, became a newfound sensation on the social media app TikTok after a guy wearing a Vans beanie filmed himself rocking out to the song and proclaiming, “Mom, it was never a phase. It’s a lifestyle.”

It caught on. His video gained a couple of million views and others filmed their own versions. Even the lead singer of All Time Low made one.

And that phrase — “Mom, it was never a phase. It’s a lifestyle.” — became a sort of rallying cry for fans of emo music who never left behind their love of emo music.

This particular viral moment wasn’t much of a surprise for Marcus Leonardo, who has seen just how dedicated emo music fans can be. And how many are out there. He tapped into that by launching the Emo Night Tour in 2015.

MOM IT WAS NEVER A PHASE

It started as a party with friends at a bar. A deejay played a set of pop-punk songs that were popular when Leonardo, 34, was in high school. There were songs by Dashboard Confessional, Taking Back Sunday and The Get Up Kids, among other bands.

“We just wanted to get together, reminisce about our favorite songs and shows and have a drink,” Leonardo said. “All of a sudden, we had 500 people wanting to come into a bar that could only fit 200 people. So I thought, I guess this is something people would want more of.”

That led to Leonardo taking the show on the road. The musician built a team of deejays and built followings in cities across the country.

That includes Colorado Springs, where the tour typically stops every two months. And it often sells out. The Emo Night Tour returns to The Black Sheep on Friday and Saturday.

The show is more than someone shuffling a Spotify playlist. A deejay picks what to play from a list of thousands of songs and caters the set to the energy of the crowd.

In photos from previous Emo Nights, you see tons of pumped-up faces singing along, people raising their hands high or jumping on stage or crowd surfing while a light show dances across the room.

“With this, you’re not just going to a show,” Leonardo said. “You’re part of it.”

Nostalgia for songs by Fall Out Boy or Panic at the Disco brings a lot of people to The Emo Night Tour. There’s also, Leonardo said, a sense of community. “A big part of it is everyone feeling welcome,” he said. “When you go to one, it doesn’t matter who you are or what you look like. You feel this like-minded energy. And that’s contagious.”

Most people, even though they’re strangers, are passionately singing along to the same songs together. And they feel an intense attachment to those songs.

“Whether it’s a song about heartbreak or whatever it is, just knowing someone else has gone through that too feels good,” Leonardo said. “It’s cathartic to sing that out.”

When Leonardo got into punk music in high school, he says he never imagined his love for it would go beyond high school, much less turn into a career. But that music has had a lasting impression on him and, based on the popularity of The Emo Night Tour, many others.

“It’s grown beyond any of our wildest dreams,” he said. “It still shocks me. But it also makes sense.”

It makes sense when you look at that TikTok trend. At its peak, Leonardo said 13-year-old kids were reaching out to his team lamenting about not being able to attend an Emo Night because the shows are usually 21 and up.

“It’s like, these songs are way older than you,” Leonardo said.

For him, that’s a sign that The Emo Night Tour has a bright future. That includes bringing the tour back after being sidelined for 15 months during the pandemic.

What: The Emo Night Tour

When: 8 p.m. Friday and Saturday

Price: Tickets, $15, are available at blacksheeprocks.com.

There’s nothing quite as nostalgic as a drive-in theater.

New this week: 'Jungle Cruise' and music from Prince, Eilish