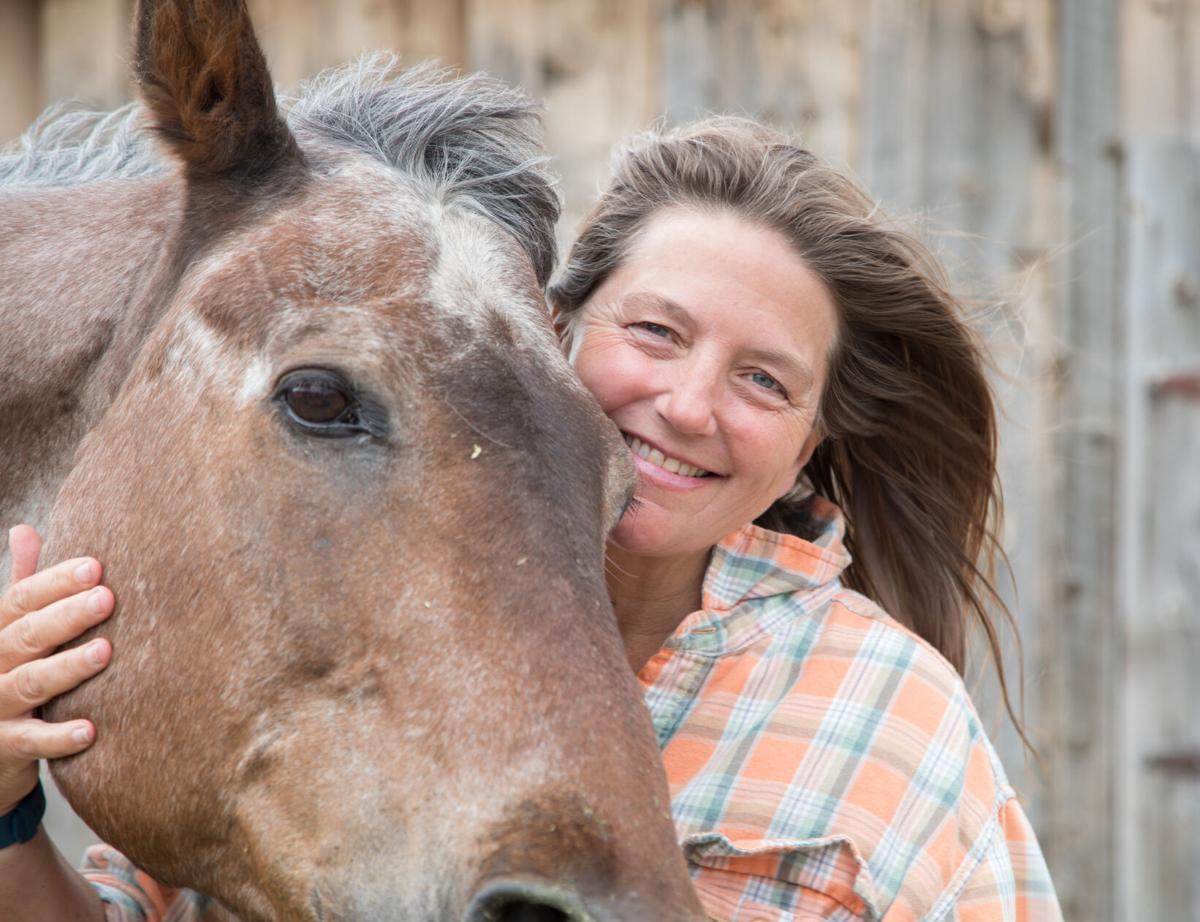 Colorado-based writer Pam Houston is this year’s recipient of Pikes Peak Library District’s annual Frank Waters Award. She’ll accept the award and speak at an event Aug. 8 in Colorado Springs. She’s the author of several books, including “Cowboys are My Weakness,” “Deep Creek” and “Air Mail: Letters of Politics, Pandemics, and Place.” Photo by Michael Blakeman 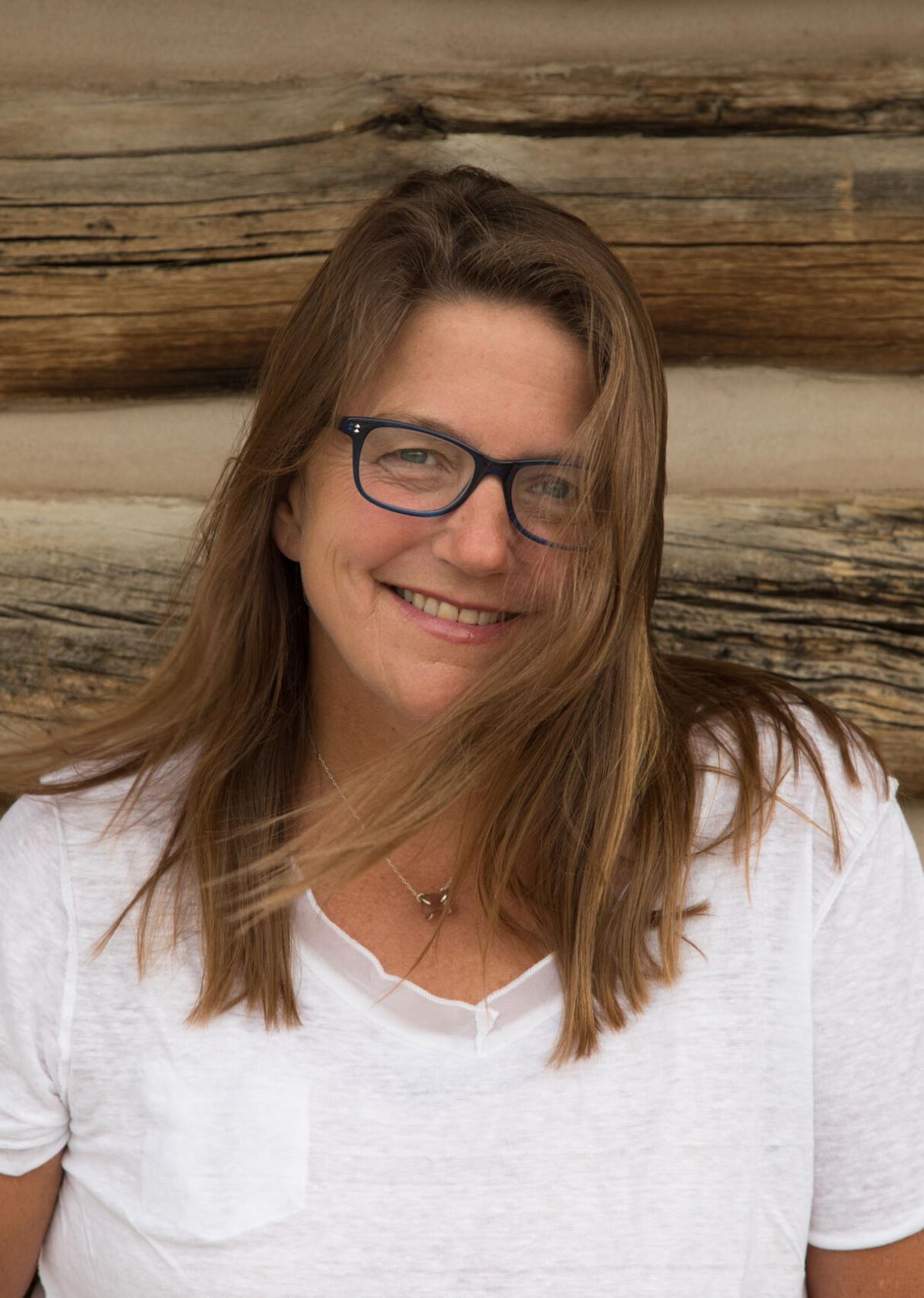 Pam Houston bought her ranch 30 years ago in the Colorado mountains. It was an impulse purchase, made possible by the money she earned from her first book, the 1992 short story collection, "Cowboys are My Weakness." Photo by Michael Blakeman

Colorado-based writer Pam Houston is this year’s recipient of Pikes Peak Library District’s annual Frank Waters Award. She’ll accept the award and speak at an event Aug. 8 in Colorado Springs. She’s the author of several books, including “Cowboys are My Weakness,” “Deep Creek” and “Air Mail: Letters of Politics, Pandemics, and Place.” Photo by Michael Blakeman

Pam Houston bought her ranch 30 years ago in the Colorado mountains. It was an impulse purchase, made possible by the money she earned from her first book, the 1992 short story collection, "Cowboys are My Weakness." Photo by Michael Blakeman

Mother Nature stepped in when Pam Houston’s parents failed her.

To say the award-winning author’s childhood was rough is putting it mildly. Though her mother loved her, she has said in interviews, she was more devoted to booze and did nothing to protect Houston from years of physical and sexual abuse heaped upon her by her father.

“I had alcoholic, disengaged parents,” said Houston from a writing retreat at Zapata Ranch in Colorado. “It was always the natural world that raised me, whether it was the kind of remnant of woods in the suburbs of Pennsylvania or Alaska or the Himalayas or other places I’ve been fortunate to go.”

After the release of her first book, the 1992 collection of short stories titled “Cowboys are My Weakness,” she took her earnings and bought a 120-acre ranch in the Colorado Rockies, where she still lives today, alongside a quarter horse, Paso Fino horse, miniature donkey, Icelandic sheep, Irish wolfhounds, chickens and a cat.

The ranch’s owner had read Houston’s book and agreed to carry the note for her, signaling that somebody believed in her, said Houston, and also setting a solid example of women empowering each other. That was important for the young feminist. And it was a way to channel her love for the land.

“I was addicted to adrenaline,” Houston said. “I was a river and hunting guide and skiing avalanche shoots, so buying a ranch for a million times more than I could afford was another adrenaline thing. And sometimes I think the land called to me.”

She’s been there now for three decades. And gone on to write a number of books, including the 2019 memoir, “Deep Creek.” While “Cowboys are My Weakness” was about a New Jersey girl falling in love with the West and confusing men for the land, Houston’s memoir is about realizing she can have her own deep relationship with the land.

“She thinks she needs to have a man to access the land, which is exactly incorrect,” Houston said about her first book. “But that’s what I thought. I was a little ninny dating the wrong guys, but didn’t stay there forever either.”

Houston is this year’s recipient of Pikes Peak Library District’s Frank Waters Award, an honor given to a writer who exemplifies the spirit and literary excellence of the late local author. Waters wrote the “Pike’s Peak” trilogy and several books about Native Americans and was nominated multiple times for the Nobel Prize for literature.

Houston’s oeuvre also includes last year’s “Air Mail: Letters of Politics, Pandemics, and Place,” which featured letters between Houston and writer Amy Irvine during the early months of the pandemic. They had never met in person, but forged a friendship over the course of their correspondence. Other works include the 2012 novel, “Contents May Have Shifted”; a second collection of short stories; and a collection of essays. She’s also an English professor at University of California-Davis, teaches writing at the Institute of American Indian Arts and is the co-founder and creative director of the nonprofit Writing by Writers.

Houston will accept the award and speak during the Aug. 8 Frank Waters/Golden Quill Award event at Colorado Springs Marriott. The 2021 Golden Quill Award, given to a local publication, will recognize “Colorado Springs: A Changing Landscape.” The book from Rhyolite Press is a collaboration of historical photos and current-day photos of the same locations by Rhyolite Press owner Don Kallaus, photographer and teacher Angela Crews and a group of Pikes Peak Community College photography students.

Reservations for the event are needed by 5 p.m. July 30. Go online to tinyurl.com/ereuf8j3. Reservations with payment also can be mailed to: Beth Crumrine, Friends of PPLD, 5550 N. Union Blvd., Colorado Springs, CO 80918.

“We chose Pam Houston as this year’s Frank Waters Award recipient because her love for Colorado and genuine affection for Western culture shine through in her books. Also, she’s just a great writer and storyteller,” said Linda DuVal, chair of the literary awards committee of Friends of PPLD.

An early passion for environmentalism entwined itself with Houstono’s love of nature — at 8 she sold candy bars to save the whales. And now Houston feels an urgency in speaking and writing about social justice issues. Her success in publishing has given rise to a more elevated platform, and along with that comes a sense of obligation that she needs to use her voice for those whose voices can’t be heard, including the earth.

Her work has become much more political in the last five years, which she didn’t see coming, she said, but now feels like a non-negotiable.

“The crises we’re facing in this country demand my attention, and in such a way that I want to be more political in my writing, which is not to say I have all the answers,” Houston said. “Stories are more important than ever. Because the opposite of stories is denial and that’s gotten us into trouble, like denial of history and complicity in the climate crisis. We’ve got to keep telling the truth about how we live.”

The free COS 150 Festival on Saturday will mark the final big event in a year of events acknowledging our impressive 150th birthday. A parade from 11 a.m.-noon will precede the event, and travel along Tejon Street from Cache La Poudre Street to Costilla Street. The festival is from noon-8 p.m. along Vermijo Avenue downtown.