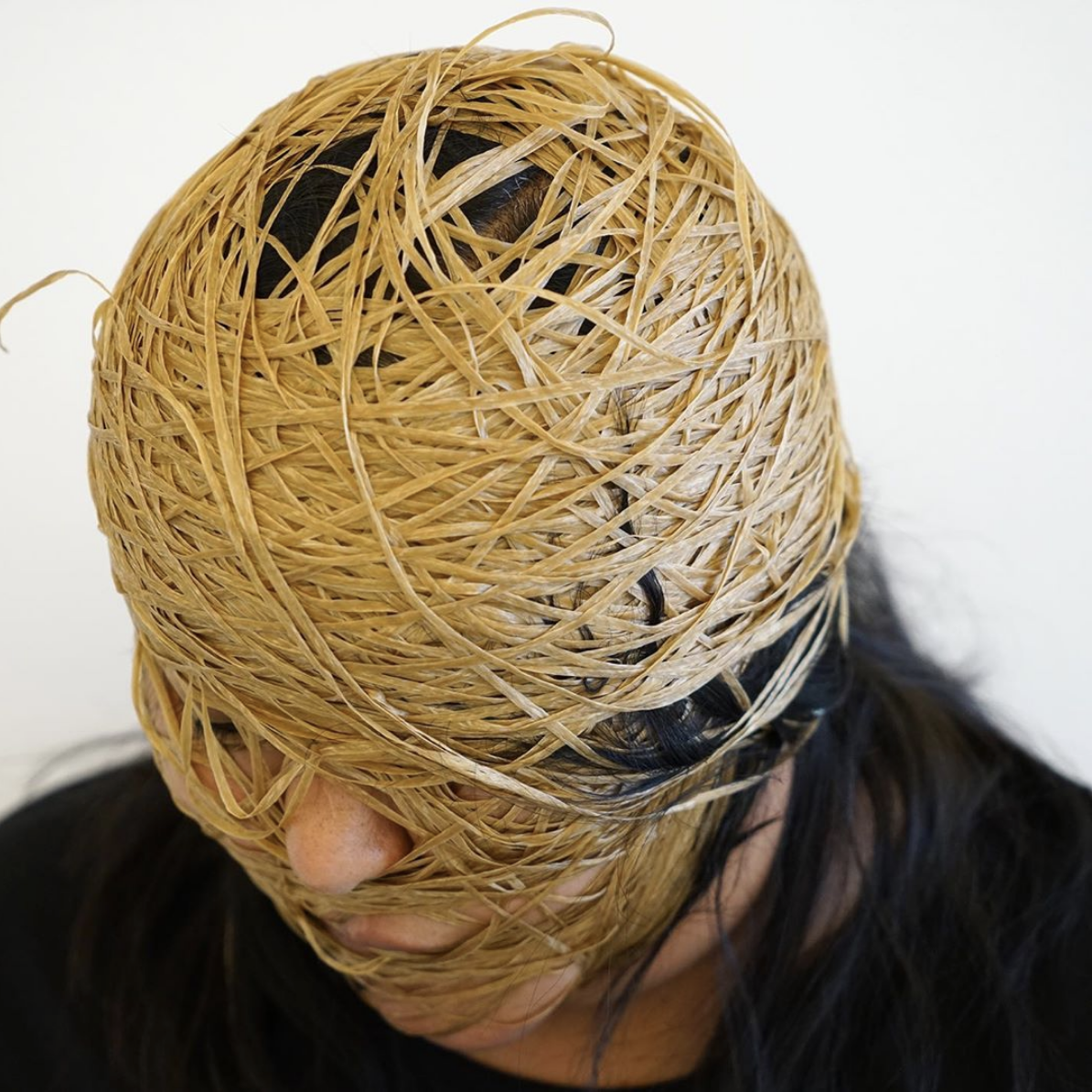 Artist Anna Tsouhlarakis incorporated the Navajo tradition of binding into several pieces in her exhibit, “To Bind or To Burn.’ 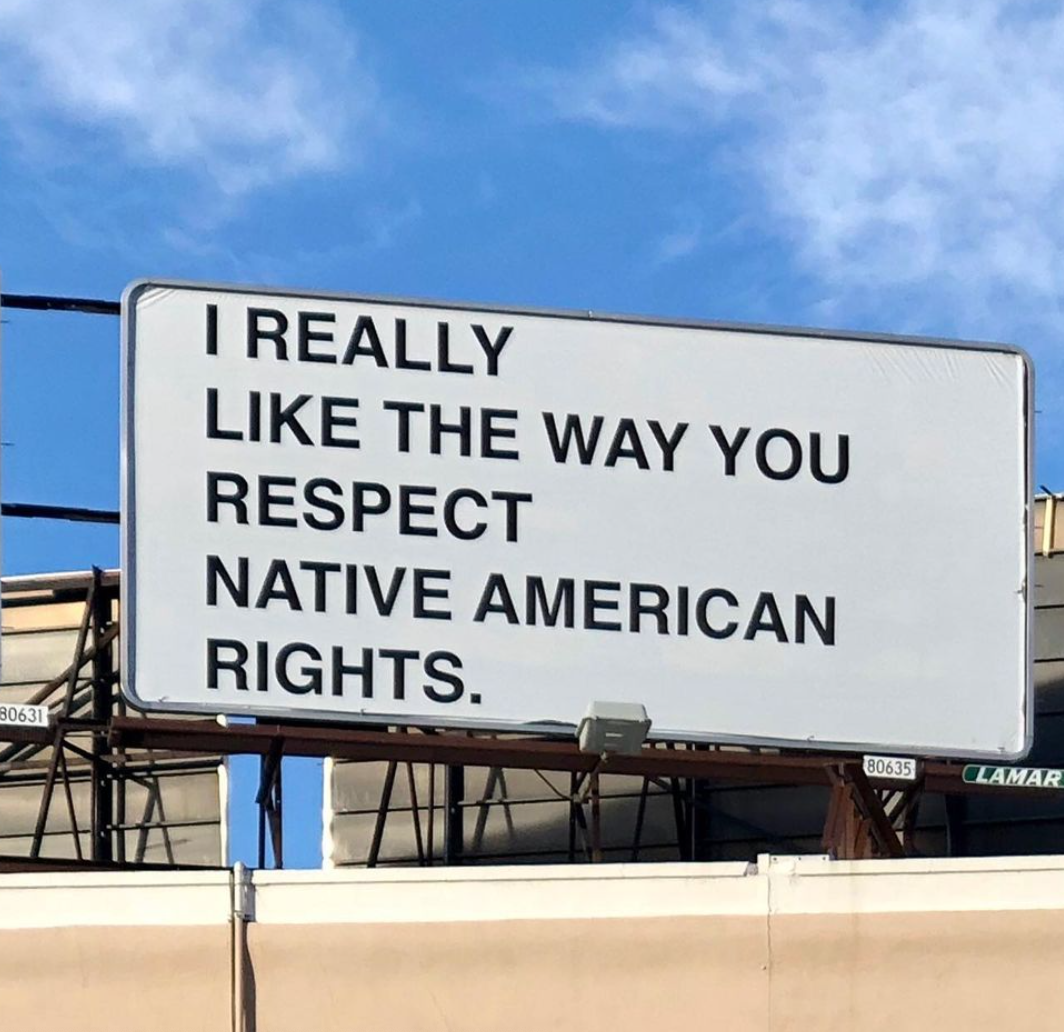 As part of A{span}nna Tsouhlarakis’s time in Colorado Springs, she put up this billboard near downtown. {/span}

Artist Anna Tsouhlarakis incorporated the Navajo tradition of binding into several pieces in her exhibit, “To Bind or To Burn.’

As part of A{span}nna Tsouhlarakis’s time in Colorado Springs, she put up this billboard near downtown. {/span}

You might remember seeing a sneak peek of Anna Tsouhlarakis’s upcoming exhibit.

During the artist’s residency at the Fine Arts Center a year ago, she put up two eye-catching billboards near downtown Colorado Springs. The signs were sparse in design, showing capitalized black letters over white backgrounds. One read, “I really like the way you respect Native American rights.”

Tsouhlarakis, who is of Navajo descent, suspects people walking or driving by had different reactions to the billboards.

“Some people might think you’re talking down to them or you’re being super sarcastic,” she said. “In an ideal world, they’d say, ‘Thanks, because I know I do that. Well done, me.’”

“I confront racism on a daily basis,” Tsouhlarakis said. “Instead of being confrontational, this is a different way to deal with that.”

Tsouhlarakis, also an art professor at University of Colorado at Boulder, put to use a teaching strategy to come up with the phrases, such as, “Thank you for realizing my hair is not here for you to touch.”

It’s the idea of positive reinforcement.

“If there are kids running around the classroom, you say to the other kids, ‘I love how you’re sitting down,’” Tsouhlarakis offers as an example. “And it makes them think.”

Upon entering her exhibit, “To Burn or to Bind,” two of those black and white signs are the first thing you’ll see.

And then you’ll see sculptures made of wood and IKEA furniture parts and other found elements as well as videos. Tsouhlarakis says the exhibit’s name comes from how some of its pieces “deal with decolonization in different ways.”

“One way is to bind things and the other is to burn them,” she said.

Like all of Tsouhlarakis’ art, the show is informed by traditional Native ideologies. That includes her background.

Growing up, her father was a jewelry maker. Tsouhlarakis took after him in some ways.

“Ever since I can remember, I manipulated materials and built objects,” she said. “I never had much interest in drawing or painting. It was always about constructing.”

She was taught traditional silversmithing and beading and knows how to make most parts of a powwow outfit. She danced competitively at powwows and had a traditional Navajo wedding. She keeps those traditions close as she makes contemporary art.

“At times, it is assumed that I lack a connection to or understanding of my background and that is why I make the work I make,” she said. “I make art with a clear and conscious understanding of where I come from and my people.”

It’s her life’s work. Tsouhlarakis studied Native American studies and studio art at Dartmouth College and got a master’s in fine arts from Yale University. Her art has appeared at Rush Arts in New York, the Museum of Contemporary Native Arts and the Smithsonian’s National Museum of the American Indian.

Something was different about her yearlong residency at the Fine Arts Center.

“This was the first time I had such a long time to thoroughly develop an idea,” she said.

She found herself asking questions like, “What is the goal of a museum? What is an idea that will leave people more engaged and more educated?”

The result is her “To Burn or to Bind” exhibit, which opens Friday.

What: "Anna Tsouhlarakis: To Bind or to Burn"

When: Opens Friday and runs through Aug. 21. Available for viewing by reservation only 10 a.m. to 4 p.m. Thursdays–Saturdays.

Price: Tickets cost $10 for adults and $5 for military and seniors. Tickets are free for students, teachers and Fine Arts Center members. For more info, visit fac.coloradocollege.edu.

Concerts to livestream this weekend

Looking for livestreamed music while stuck at home? Here are some concerts to watch online this weekend.

By split screen, Fey and Poehler kick off bicoastal Globes