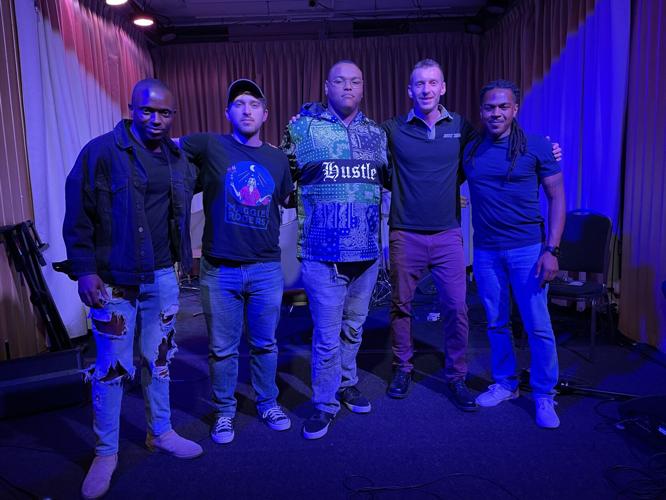 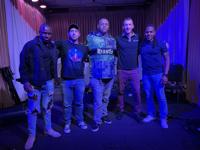 The STNDRD is a group of local musicians who have a weekly residency at The Gold Room. 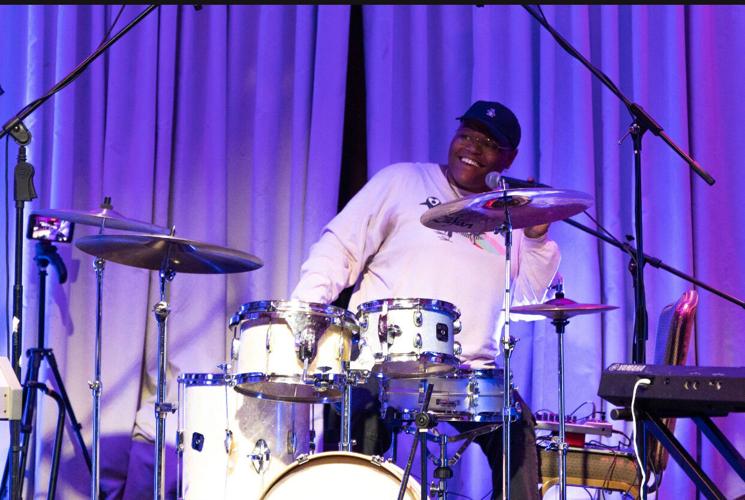 Matt Campbell is the STNDRD’s drummer and music director. 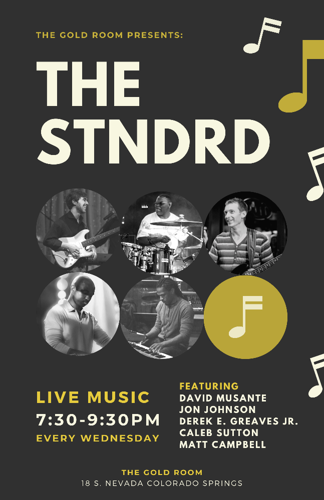 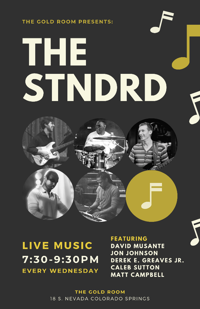 The STNDRD has a weekly residency at The Gold Room through Nov. 24. 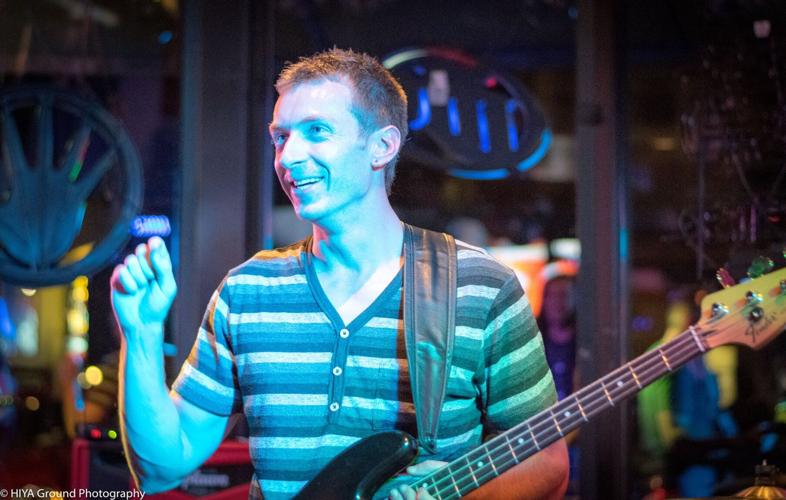 The STNDRD brings together Colorado Springs musicians such as Jon Johnson. 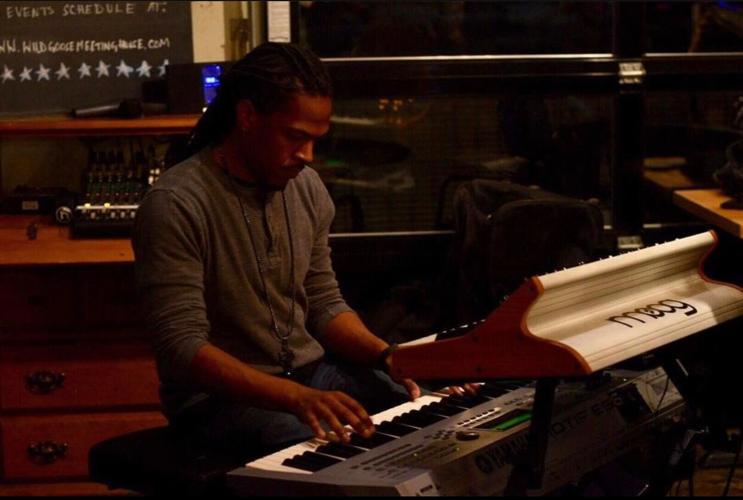 Derek E. Greaves Jr is a keyboardist in The STNDRD. 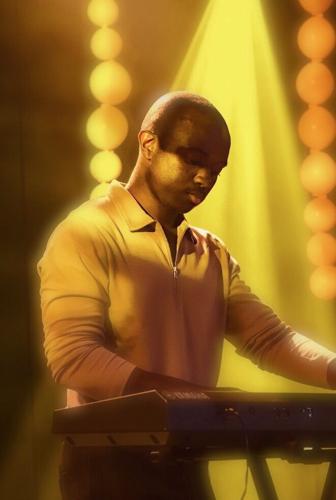 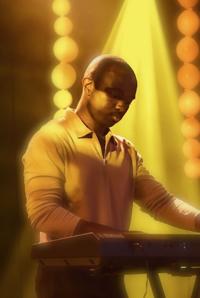 Caleb Sutton plays the keys in the STNDRD, a new local jazz band.

The STNDRD is a group of local musicians who have a weekly residency at The Gold Room.

Matt Campbell is the STNDRD’s drummer and music director.

The STNDRD has a weekly residency at The Gold Room through Nov. 24.

The STNDRD brings together Colorado Springs musicians such as Jon Johnson.

Derek E. Greaves Jr is a keyboardist in The STNDRD.

Caleb Sutton plays the keys in the STNDRD, a new local jazz band.

Here’s a good option: A new local jazz band is playing a weekly residency at The Gold Room every Wednesday through Nov. 24.

The idea formed after Matt Campbell played a gig at Icons, the gay piano bar in downtown Colorado Springs. In the audience was Evan Hooton, who owns the Gold Room and was impressed with what he heard. Hooton asked the musician on the spot about a weekly residency.

Campbell said yes. The 23-year-old Colorado Springs native, who learned the drums at age 2, instantly thought of a list of names, a mix of old and new friends, that had never formally been in a band together.

“I really just wanted to play with some amazing guys I’ve been playing with for years,” Campbell said. “I called them up and was like, ‘Yo, this combination of people would really work together.’”

One by one, they said yes. Along with Campbell, who serves as the drummer and music director, the band includes keyboardists Derek E. Greaves Jr. and Caleb Sutton, guitarist David Musante and bassist Jon Johnson.

They make up The STNDRD and they got together specifically for this midweek tradition. Together, Campbell said he hopes they bring “music that is really different than what was being done around Colorado Springs.”

The STNDRD is self-described as a “group of eclectic Colorado musicians focused on jazz and modern R&B with a sound that is straight and clean and jazzier than jazz, with hints of neo-soul. The group has a strong collective background in gospel music and blends that knowledge with a passionate success.”

In their live shows, they play a range of songs made famous by Herbie Hancock and others by Earth, Wind & Fire or Chris Brown. Every other week, the main band invites a featured artist to play with.

The band is part of his mission of helping build the Colorado Springs music scene, a scene that doubles as his home. After attending Rampart High School, Campbell moved to study music at University of Denver.

When he came back here two years ago, he didn’t see as many opportunities for a young jazz guy like him to perform. He’s seeing that change with gigs like the one at The Gold Room.

“It’s really cool because you don’t usually hear about artists in residence until they’ve been around for years,” he said. “Being able to say I had my first one at 23 is a huge accomplishment.”

He has another weekly show on Sundays at CO.A.T.I. Between that and his teaching jobs at the Colorado Springs Conservatory, Campbell’s calendar is plenty busy. And for the next couple of months, it will include spending Wednesday night at The Gold Room. He hopes to see you there.

“People are always looking for something to do,” he said. “This just adds on what there is to do in the Springs.”

What: The STNDRD's weekly residency

If you grew up in a world without cinnamon, allspice and nutmeg, would the seasonal aisle at Walmart still feel like fall punched you in the face?