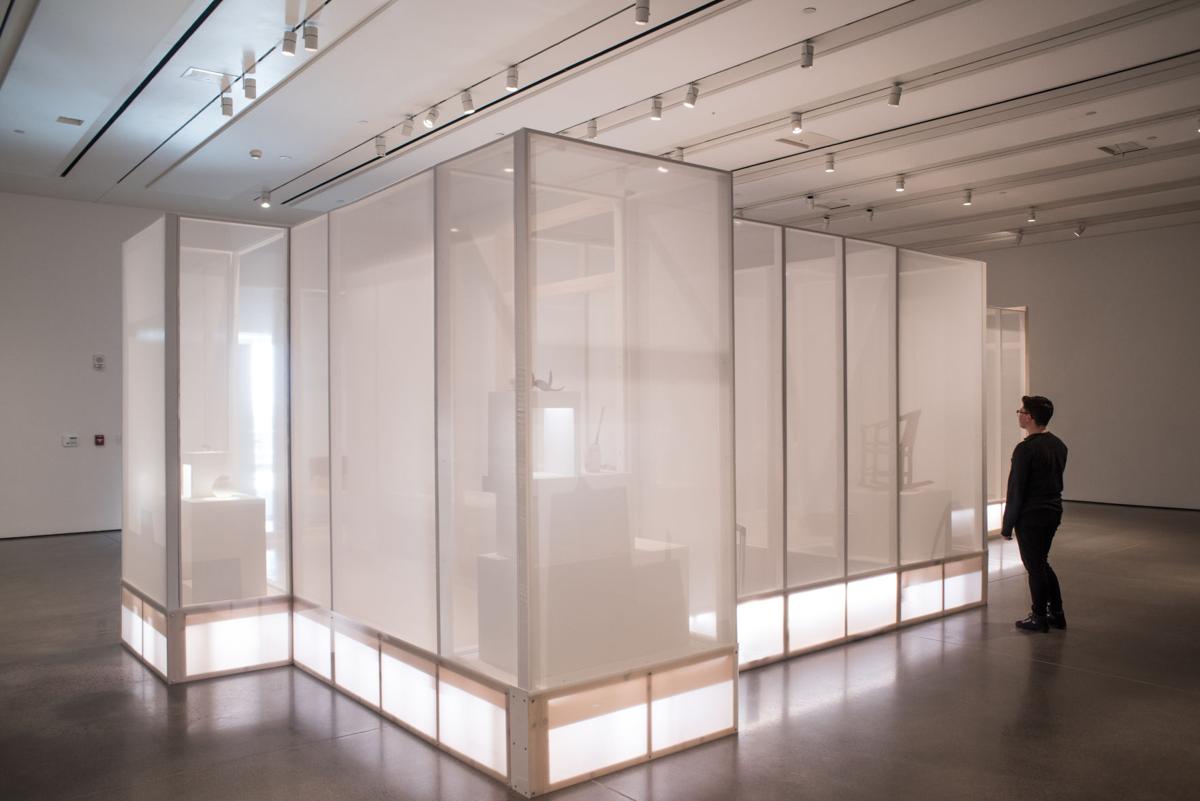 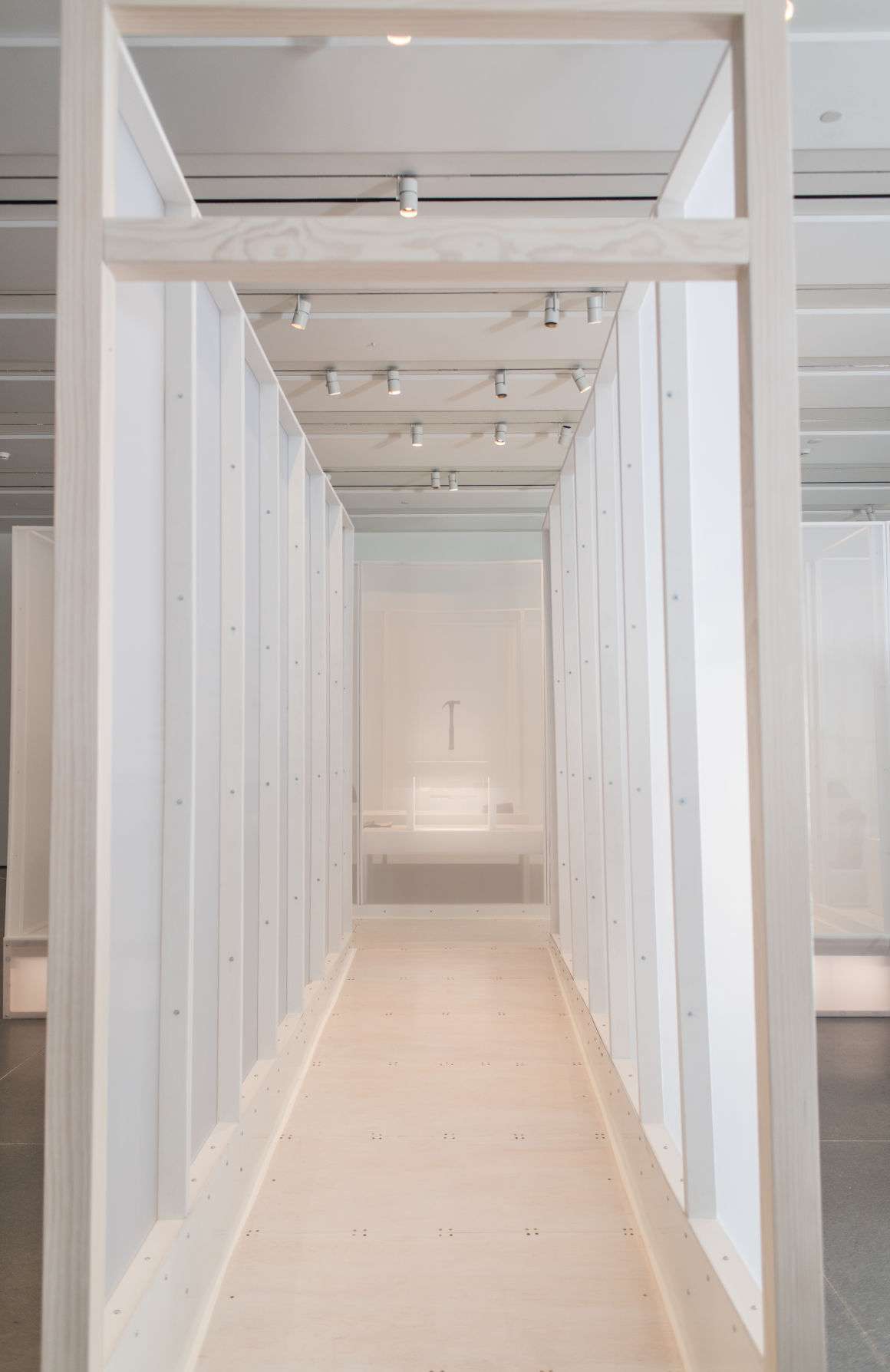 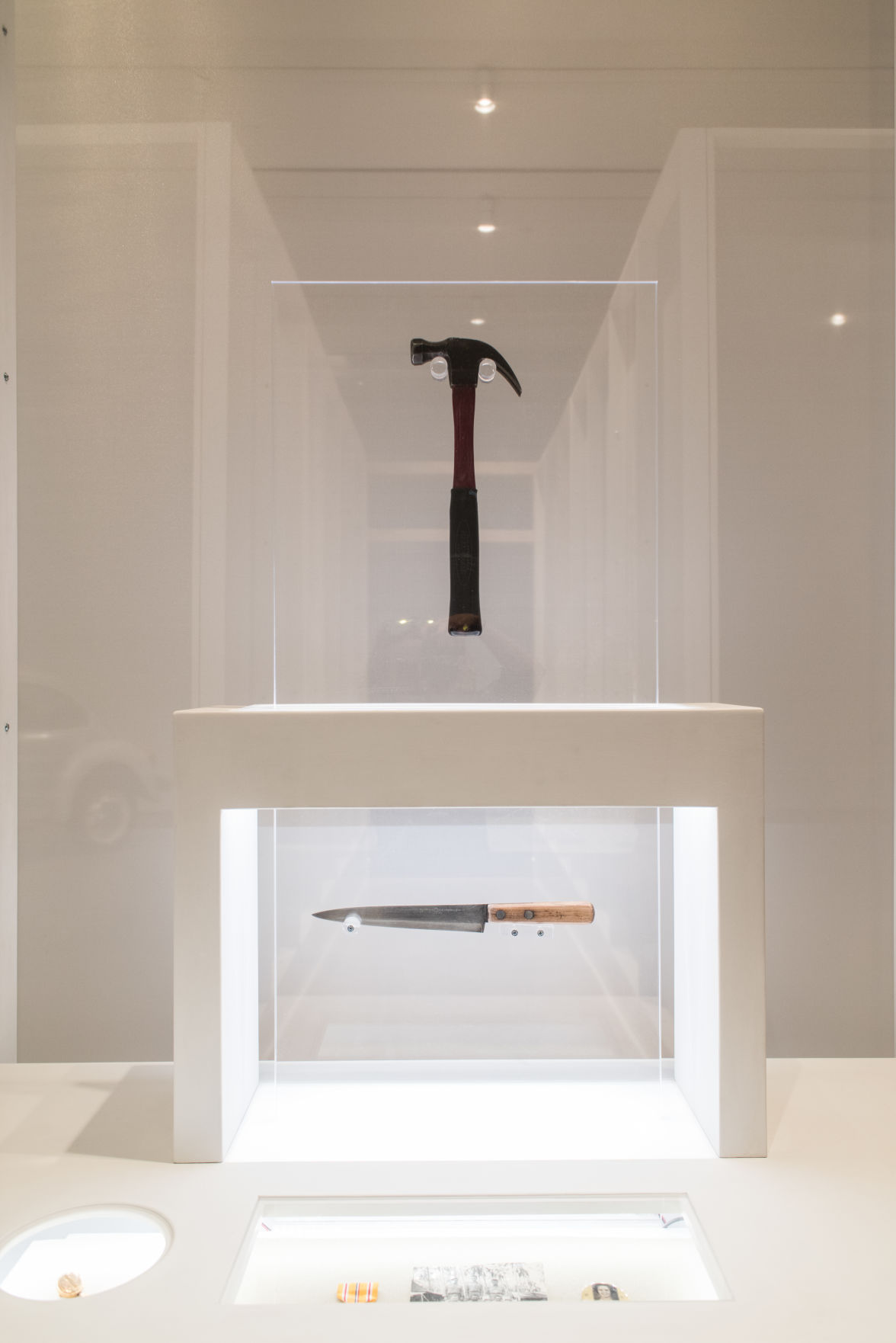 A hammer and a knife are on display in "Seat of Learning," a new exhibit at Marie Walsh Sharpe Gallery at Ent Center for the Arts. The show features more than 30 objects from different owners who relay how the object is meaningful to them. Photo credit: Allison Daniell Moix, Stellar Propeller Studio 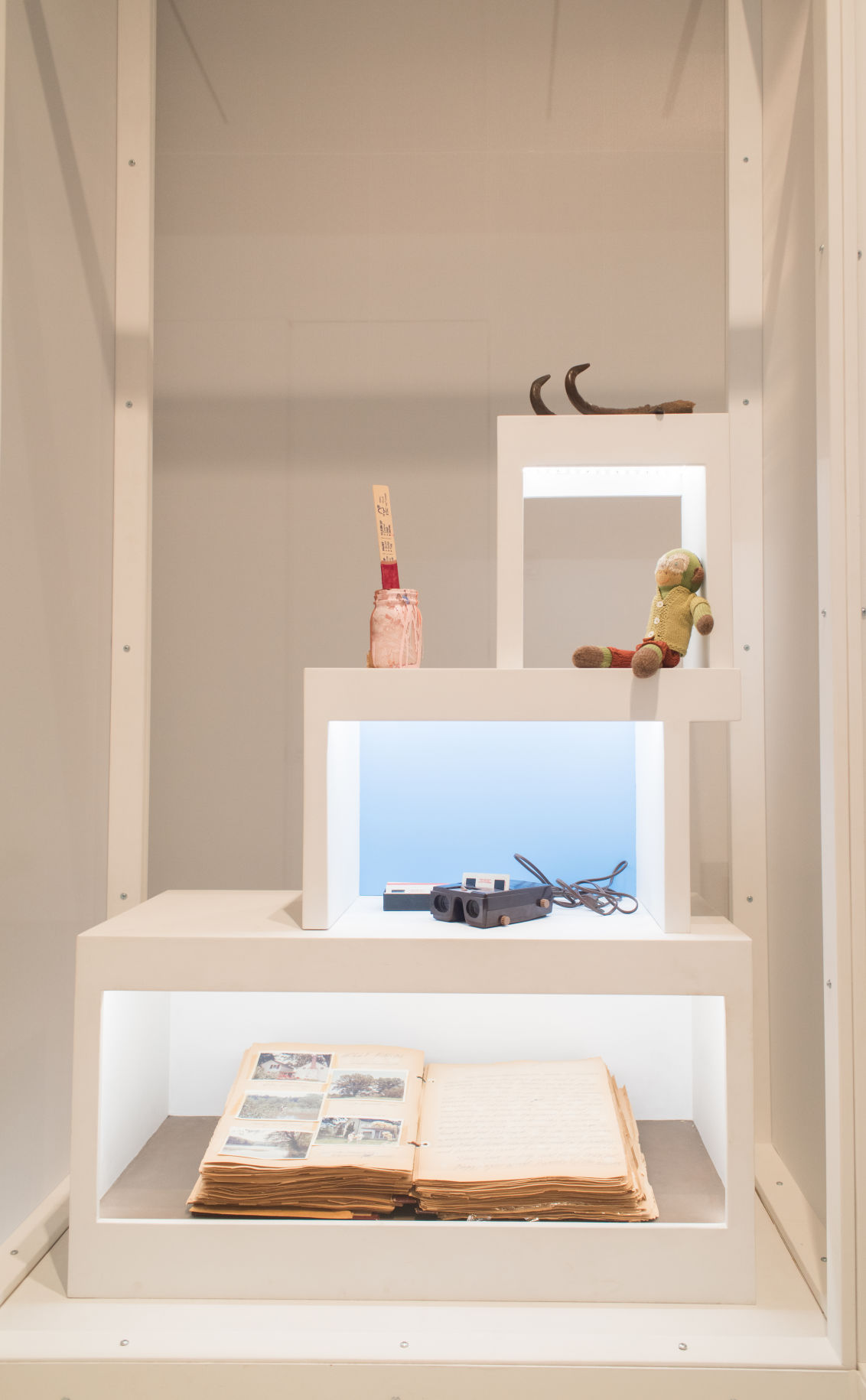 A hammer and a knife are on display in "Seat of Learning," a new exhibit at Marie Walsh Sharpe Gallery at Ent Center for the Arts. The show features more than 30 objects from different owners who relay how the object is meaningful to them. Photo credit: Allison Daniell Moix, Stellar Propeller Studio

Sometimes a knife is just a knife. Other times, it’s symbolic of a life journey.

Michael Hoffer and each of his siblings received a knife during their formative years. Later, after he left for college, he divorced himself from his family, though he’s reunited with them in recent years.

“I cut myself off, and the knife cut me open,” he said in an interview about the cutlery with Santa Fe, N.M.-based artists Jane Lackey and Thomas Lehn. Their new multimedia installation, “Seat of Learning,” is at Marie Walsh Sharpe Gallery at Ent Center for the Arts.

Hoffer’s kitchen knife is one of 32 pieces in a show that pays homage to the objects of our lives — how we remember and think about them, which can reveal our internal landscape. The exhibit opens Thursday and runs through July 18. This is the first notable collaboration between the married artists, who will give a lecture at 6 p.m. A free reception will follow.

The 30-foot-by-30-foot project, essentially “a museum inside a museum,” said Daisy McGowan, director of University of Colorado at Colorado Springs Galleries of Contemporary Art, began with a visit to an antiques shop in Abiquiú, N.M. The couple discovered an aquamarine vintage school desk, which struck a chord in Lackey. She had to have it. They took it home and put it in their studio, where it stayed for a few years, enough time for them to gain different perspectives on what it represented: restrictions and restraint for Lehn, and wonder and acquiring knowledge for Lackey.

“It generated new thoughts about how we feel about an object and how we develop new thoughts,” Lehn said.

The idea for the exhibit was born. They would put out a call for people to choose an object — something they could carry — and agree to be interviewed on camera about its meaningfulness in their lives. Seventy people from across the Western United States and Pikes Peak region showed up, and 32 were selected.

As each person shared their stories, the artists discovered sometimes the object’s owner didn’t realize how much the piece meant to them, or in what capacity. They listened as interviewees stumbled upon truths about themselves or their lives they hadn’t before realized.

“Listening to someone is a gift,” Lackey said. “At the end (of the interview), they said it was wonderful.”

About three minutes of each interview will be shown in a 90-minute video that will loop continuously against one wall of the gallery. Text of the video interviews also will be available. Visitors to the exhibit can call a phone number as they walk through the installation, select the number of the object and hear a 90-second clip of the object’s owner sharing part of their story.

17 things to do in and around Colorado Springs this weekend: Buffalo Soldiers, The Incline, barn dance, Globetrotters, Black History Month

Viewers will see a wide range of objects, including cowboy boots, a Remington typewriter, an Eva Zeisel teapot, a baseball signed by Willie Mays and a World War II medal. There’s also Aeh Jay Chuenjit Hollenbeck’s letter from his adoptive parents, which he speaks movingly about in his interview. And 11-year-old Ren Murata-Long’s stuffed monkey, whom he dubbed Greepo.

What: "Seat of Learning: Jane Lackey and Thomas Lehn"

Season tickets for the new 2020-2021 Broadway at Pikes Peak Center Series are on sale now. Featured shows are "Anastasia," "South Pacific," "Cats" and "An Officer and a Gentleman."