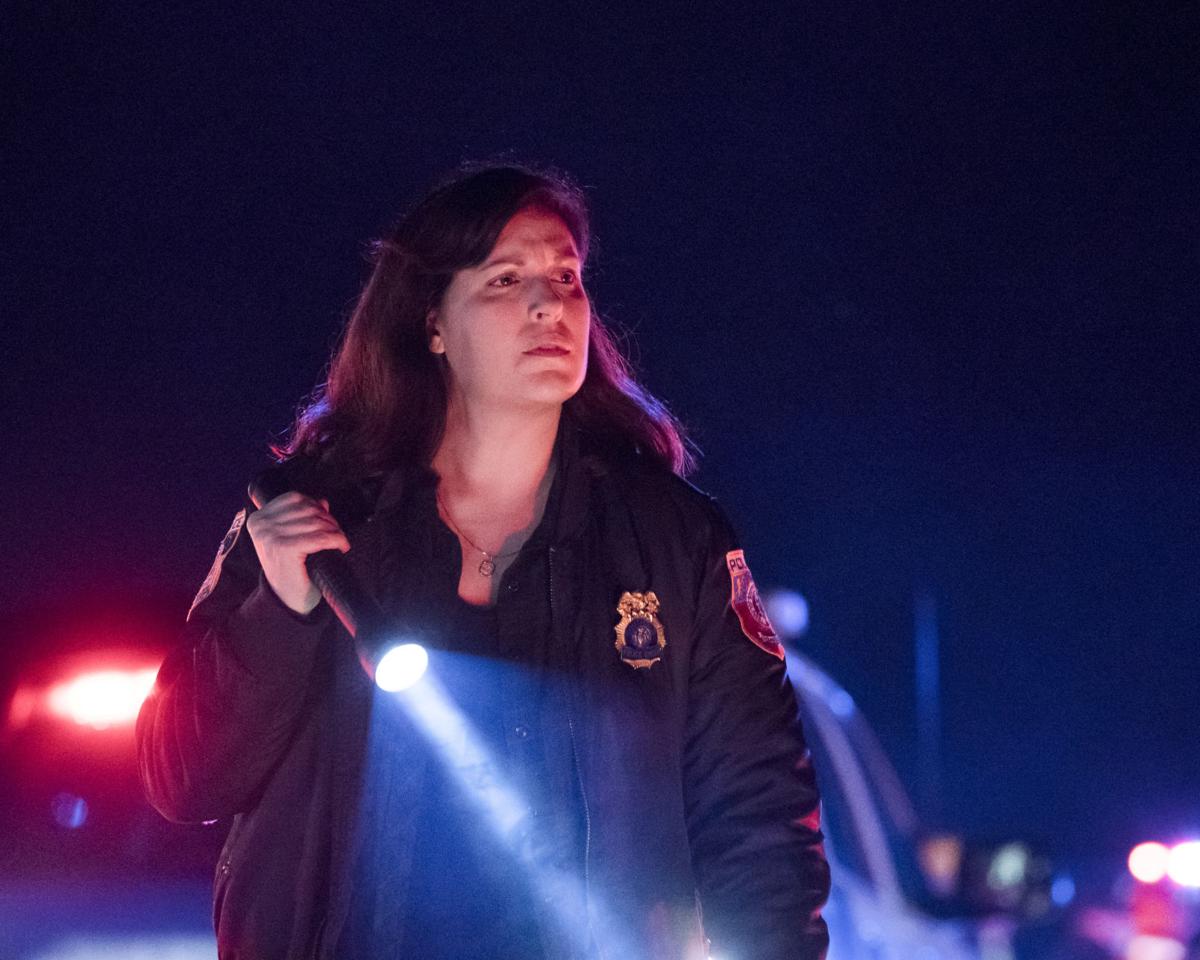 Allison Tolman is a small-town police chief in “Emergence.” 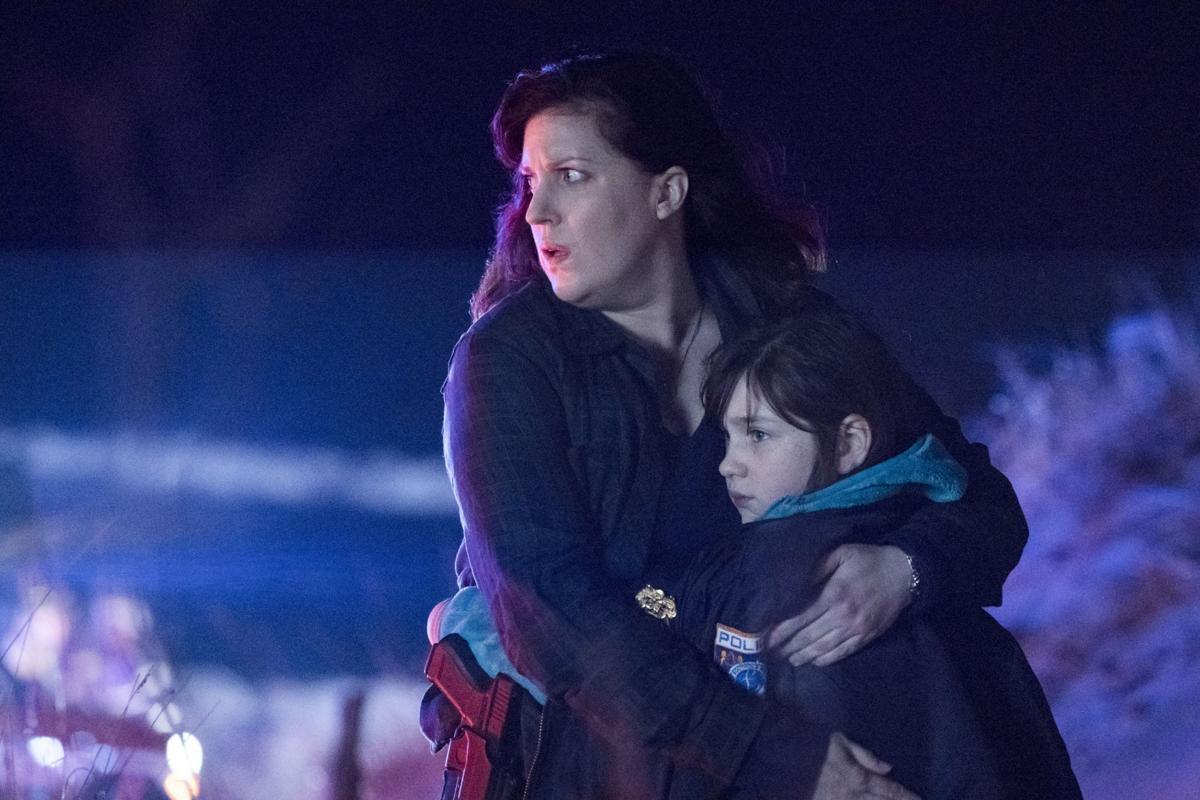 Allison Tolman is a small-town police chief in “Emergence.”

Airs: The series premieres at 9 p.m. Tuesday on ABC.

The premise: Small-town police chief Jo Evans (Allison Tolman) responds to the site of a plane that crashed on the beach. A team from the National Transportation Safety Board is immediately on the scene and wants everyone cleared. As she’s about to leave, Evans notices a small girl (Alexa Swinton) hiding near the wreck.

Apparently unscathed, the girl is taken to a local hospital to be checked out. But there’s more to this girl than meets the eye, as men posing as federal agents come looking for her. Protecting the girl leads Evans and her family to become involved in a complex conspiracy.

Highs: “Emergence” throws mysteries at you rapid fire. The first occurs seconds into the pilot episode when a power outage in the middle of the night startles Jo Evans awake. As she steps outside her house, Evans sees glowing green lights in the distance and is immediately notified about an airplane crash. The plot just gets stranger from there.

After escaping phony federal agents at the hospital, Chief Evans decides to take the child, who has no memory of who she is or where she comes from, to the safest place she can think of — home. Once there, the girl meets Evans’ father, Ed (Clancy Brown), a former New York City firefighter. She also meets the chief’s teenage daughter Mia (Ashley Aufderheide), who treats the youngster like a sister and gives her the name Piper.

After leaving Piper at home, Evans heads to the police station. She’s received a call that Piper’s parents have shown up looking for their daughter. But much like federal agents at the hospital, something about this couple seems off. While stalling for time, the parents disappear after yet another power outage.

Convinced Piper is in danger, Evans immediately calls her ex-husband, Alex (Donald Faison), and asks him to take her family and Piper to a remote cabin. The strategy is effective but only temporarily. Piper is taken and a car chase begins. However, it ends abruptly when the vehicle Piper is riding in crashes as if it slammed into an invisible concrete wall.

The girl crawls out of the car unhurt and Jo is left grateful yet confused. What the heck is going on?

The audience is left with more questions than answers after the one-hour premiere. Throw in a British investigative reporter with some surprising insights and Piper’s unusual abilities and you have more head-scratching riddles than an episode of “Lost.” These multiple mysteries are exactly what will get people hooked on “Emergence.”

Lows: The series is executive-produced and written by Michele Fazekas and Tara Butters, the team behind “Kevin (Probably) Saves the World.” If you were a fan of that program, and you should have been because it was awesome, you’ll enjoy “Emergence.” The show also has other obvious influences. Piper will remind many of Eleven from “Stranger Things” and Tolman’s character is reminiscent of Steve Zahn’s role as Sheriff Jude Ellis in “The Crossing.”

“Kevin (Probably) Saves the World” and “The Crossing” were series with supernatural elements that were enjoyable ABC programs. Unfortunately, they were both cancelled after one season. Knowing ABC’s history with this genre, I’m leery of getting too invested in “Emergence” and you should be as well.

Grade (B+): While I’m concerned that my time investment may end up being wasted, I’m willing to give “Emergence” the benefit of the doubt and hope ABC gives it a fair shot.

Based on the pilot episode, it certainly deserves one from both the network and viewers. "Emergence" is fascinating.

Gazette TV critic Terry Terrones is a member of the Television Critics Association and the Broadcast Television Journalists Association. Follow him on Twitter at @terryterrones.

Every fall, TV aficionados are treated to a barrage of new programs. Some will hit it big, others will slowly fade away and many more will be …