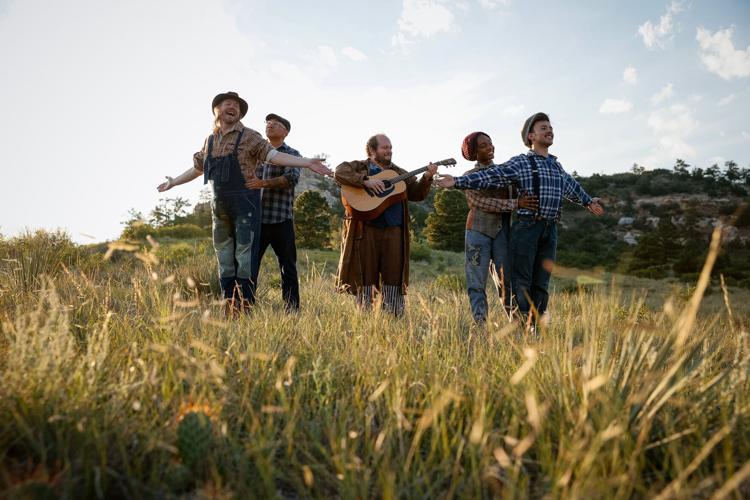 In the comedic musical “Lumberjacks in Love,” the appearance of a mail-order bride at Haywire Lumber Camp in northern Wisconsin interrupts the lives of four lumberjacks. 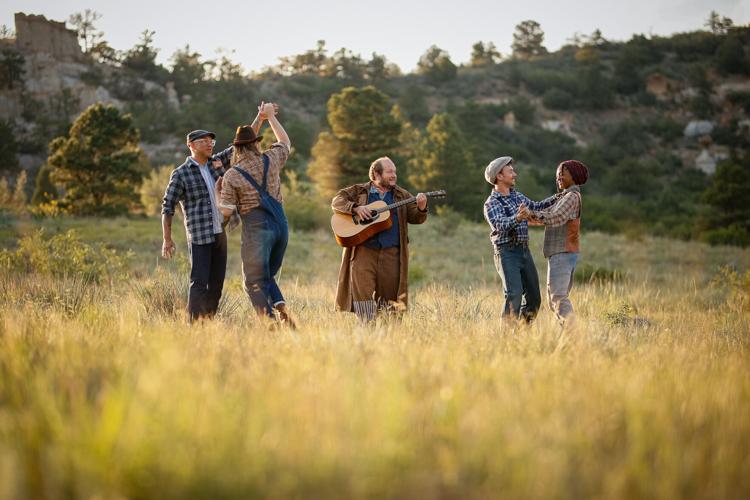 The comedic musical "Lumberjacks in Love" kicks off Theatreworks' 2022-2023 season at Ent Center for the Arts.

In the comedic musical “Lumberjacks in Love,” the appearance of a mail-order bride at Haywire Lumber Camp in northern Wisconsin interrupts the lives of four lumberjacks.

The comedic musical "Lumberjacks in Love" kicks off Theatreworks' 2022-2023 season at Ent Center for the Arts.

Think “Steel Magnolias,” “Fried Green Tomatoes,” “Wicked,” “A League of Their Own.”

Male friendships, though? That’s a niche itching to be filled.

Fred Alley and James Kaplan’s 1996 musical, “Lumberjacks in Love,” fits the bill. The merry comedy chronicles the lives of four brawny and musically minded lumberjacks who happily share lodging at the Haywire Lumber Camp in northern Wisconsin. They share the belief not one woman exists within miles of their camp, and when a mail-order bride dares show her face in town, their harmonic ways quickly unravel, giving way to romantic hijinks.

The show kicks off Theatreworks’ 2022-2023 season and opens Thursday at Ent Center for the Arts. It runs through Oct. 9.

“We don’t get to see guys’ friendship as the real relationship center of stories very often,” said Theatreworks artistic director and “Lumberjacks” director Caitlin Lowans. “It should be. A wide circle of close friends make our lives happy and healthy and we should talk more about how we are fed by our friends. This play does that.”

Not only do they sing and dance, but they also create the show’s soundtrack by playing their bluegrass instruments, including guitar, piano, upright bass, ukulele, banjo, fiddle, mandolin and washboard and spoons.

“You cannot do a musical about lumberjacks without having a washboard,” Lowans said.

“Lumberjacks” is a good reminder that a night at the theater doesn’t have to be high-brow and revolve around existential questions.

“Sometimes you get that in the same play, and sometimes it’s OK to get a play that’s straight up people hiding in barrels and doing spit-takes at each other.”

What: "Lumberjacks in Love," by Theatreworks

Dining review: Sizable servings at The Loop in Manitou Springs

The Loop Mexican Restaurant boasts “the world’s largest margaritas!” It’s also worth bragging about its friendly staff and sizable servings.