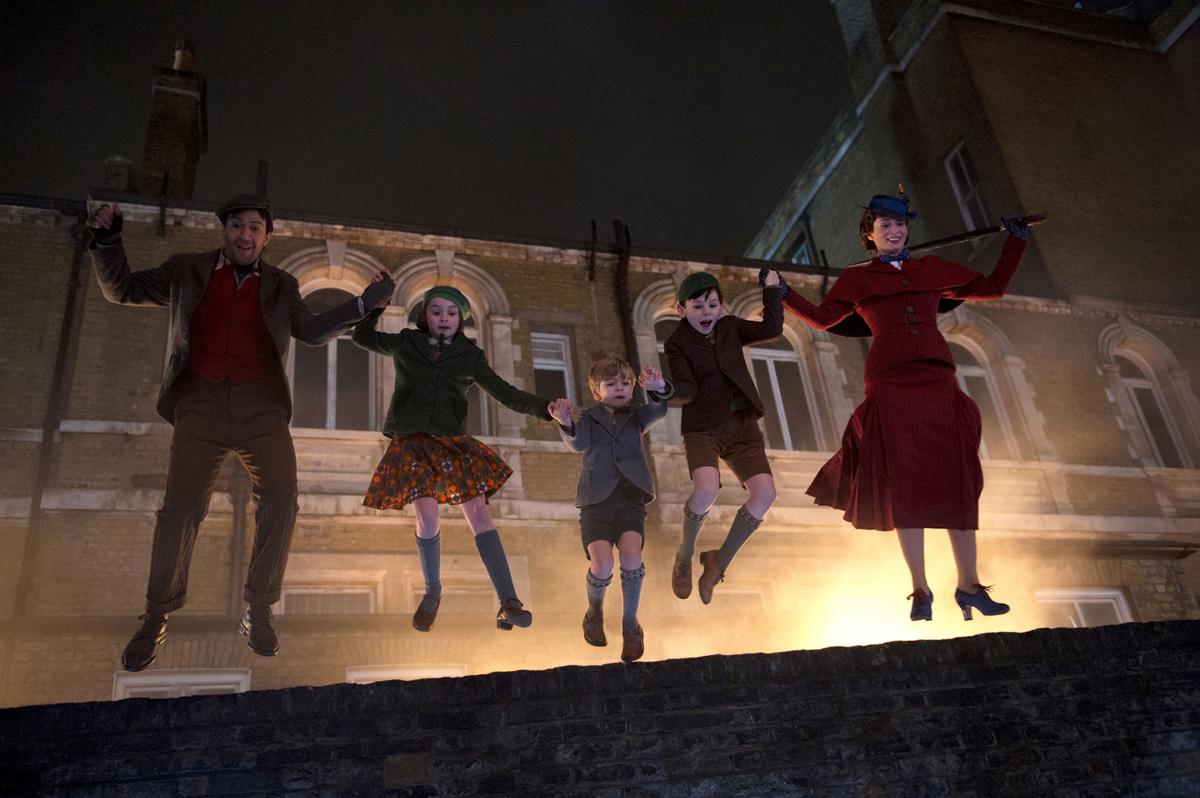 “Mary Poppins Returns” works hard to evoke the undeniable charms of the original 1964 film: It replicates many of them, in slavish fashion.

Homage is one thing, but this reeks less of nostalgia than sweat. There is so little tolerance for spontaneity, in a film that feels calibrated to the millimeter to be magical, that responses such as delight and surprise — when they occur at all — feel manufactured.

Set about 20 years after the action of “Mary Poppins,” “Mary Poppins Returns” centers on the now-grown Banks children: Michael (Ben Whishaw), a widower with three children (Pixie Davies, Joel Dawson and Nathanael Saleh), and his unmarried sister, Jane (Emily Mortimer). Jane, like her suffragist mother before her, is an activist for progressive causes. Her soft heart for the working stiff and status as a single make her a perfect candidate for the love of Lin-Manuel Miranda’s Jack, a lamplighter who we’re told was once an apprentice of Dick Van Dyke’s character, Bert, from the 1964 film.

Michael, a scatterbrained artist, is distraught because he misses his late wife. His grief has even prevented him from keeping up with the mortgage payments on the house, which has fallen into foreclosure as the film opens, under the predations of a heartless banker played by Colin Firth. Strangely, Michael’s heavy mood of gloom and doom pervades this family tale.

Into this musical miasma of fog and funk floats the title character (the excellent Emily Blunt, pitch-perfect as the punctilious-to-the-point-of-snarky Poppins) to set things right. Two hours later, after exhausting digressions, surreal side trips and interminable interludes that make the first film, at nearly 2½ hours, somehow feel shorter than this one, Mary’s mission is accomplished.

Surely some will approach the naked mechanics of “Mary Poppins Returns” more generously than others. Fond memories of the first film, and a childlike acceptance of the movie’s almost desperate need to be liked, can go a long way toward sweetening what left a bad taste in my mouth: its shameless sense of imitation and the all but joyless drumbeat of duty. Where’s the spoonful of sugar, you may wonder, to help this medicine go down?