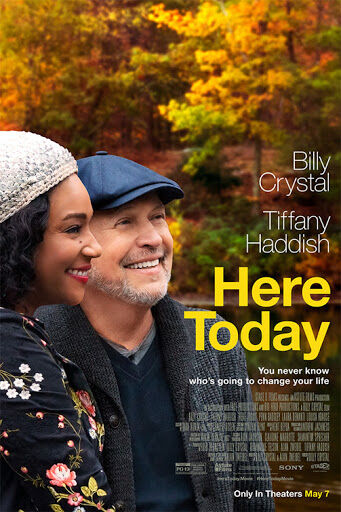 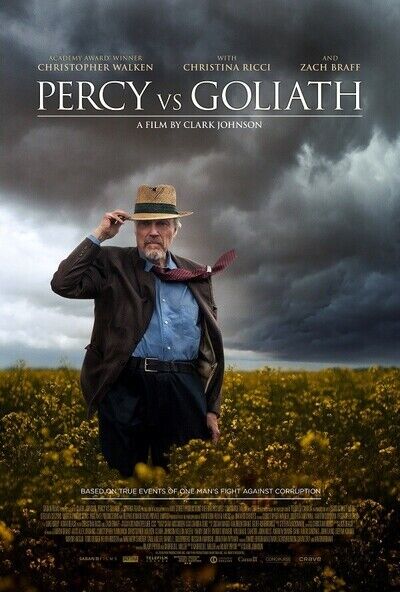 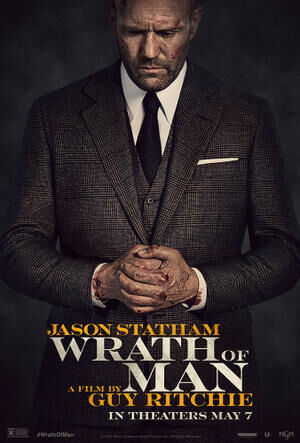 “Percy vs Goliath” — (Biography, PG-13, 99 minutes). After GMOs interfere with his crops, a Canadian farmer goes up again the giant corporation that produced the GMOs.

“Walking with Herb” — (Comedy, PG, 110 minutes). Joe, a 65-year old former amateur golfer, and motorcyclist Herb go on a spiritual journey after Joe gets a message from God that he will be God’s personal messenger.

“Wrath of Man” — (Action, R, 108 minutes). H works with a cash truck company and his job is to move hundreds of millions of dollars around Los Angeles. While working, he is secretly looking for the people who murdered his son and plans on setting traps until his son’s killers are found.

“Boogie” — (Drama, R, 90 minutes). Alfred “Boogie” Chin is a basketball phenom and hopes to play in the NBA. However, his parents are pressuring him to earn a scholarship to an elite college.

“Demon-Slayer the Movie: Mugen Train” — (Animation, R, 117 minutes). Tanjiro Kamado becomes a demon slayer after his family is murdered and his sister turns into a demon.

“Fatima” — (Drama, PG-13, 103 minutes). Officials of the church and government try to get three young shepherds to take back their story about seeing visions of the Virgin Mary.

“The Girl Who Believes in Miracles” — (Family, PG, 100 minutes). Fame begins to take a toll on Sara, a young girl who starts praying after hearing a preacher say that faith can do anything, and mysteriously all the sick people in her town are healed.

“Godzilla Vs. Kong” — (Action, PG-13, 113 minutes). Kong, his protectors and a young orphaned girl go on a journey to find his real home as they battle with Godzilla, who is creating destruction across the Earth.

“I Can Only Imagine” — (Biography, PG, 110 minutes). The story behind MercyMe’s song that is a reminder of the power of forgiveness.

“Limbo” — (Drama, R, 104 minutes). Omar, a young musician, is stuck on a remote Scottish island waiting to hear about his asylum request after he was separated from his Syrian family.

“The Marksman” — (Action, PG-13, 108 minutes). An Arizona rancher tries to help a young Mexican boy who is running from the cartel assassins who’ve followed him into the United State.

“Nobody” — (Action, R, 92 minutes). After a stranger helps a women being harassed by a group of men, he becomes the target of a drug lord.

“Nomadland” — (Drama, R, 108 minutes). After losing everything during the Great Recession, a woman in her 60s decides to travel as a modern-day nomad through the American West.

“Promising Young Woman” — (Crime, R, 113 minutes). After a traumatizing event, a young woman will stop at nothing to get revenge.

“Raya and the Last Dragon” — (Action, PG, 114 minutes). Raya is a warrior who is looking to find the last dragon in Kumandra, a reimagined Earth that is inhabited by an ancient civilization.

“Separation” — (Horror, R, 107 minutes). Young Jenny is lonely and surrounds herself with puppets, which are based on the works of her artist father. When Jenny’s mother dies, the puppets come to life, but Jenny is the only person who can see them.

“Tom & Jerry” — (Comedy, PG, 101 minutes). Jerry moves into a New York City hotel during the wedding of the century. Mayhem ensues when the event planner hires Tom to get rid of Jerry before the wedding.

“Triumph” — (Drama, PG-13, 100 minutes). Inspired by a true story, a high school senior with cerebral palsy is determined to prove his abilities as a wrestler.

“The Unholy” — (Horror, PG-13, 99 minutes). After being visited by the Virgin Mary, a hearing-impaired girl can hear, speak and heal the sick. As people come to witness this miracle, horrible events take place. Everyone wonders if the work was that of the Virgin Mary or something sinister.

“Voyagers” — (Adventure, PG-13, 108 minutes). During a multigeneration mission, astronauts become paranoid and start not knowing the difference between what is real and not real.

Britney Spears tells judge: 'I want my life back'

Next season will be the last for announcer Pat Foley, who has been ‘synonymous with Chicago Blackhawks hockey for well over a generation’