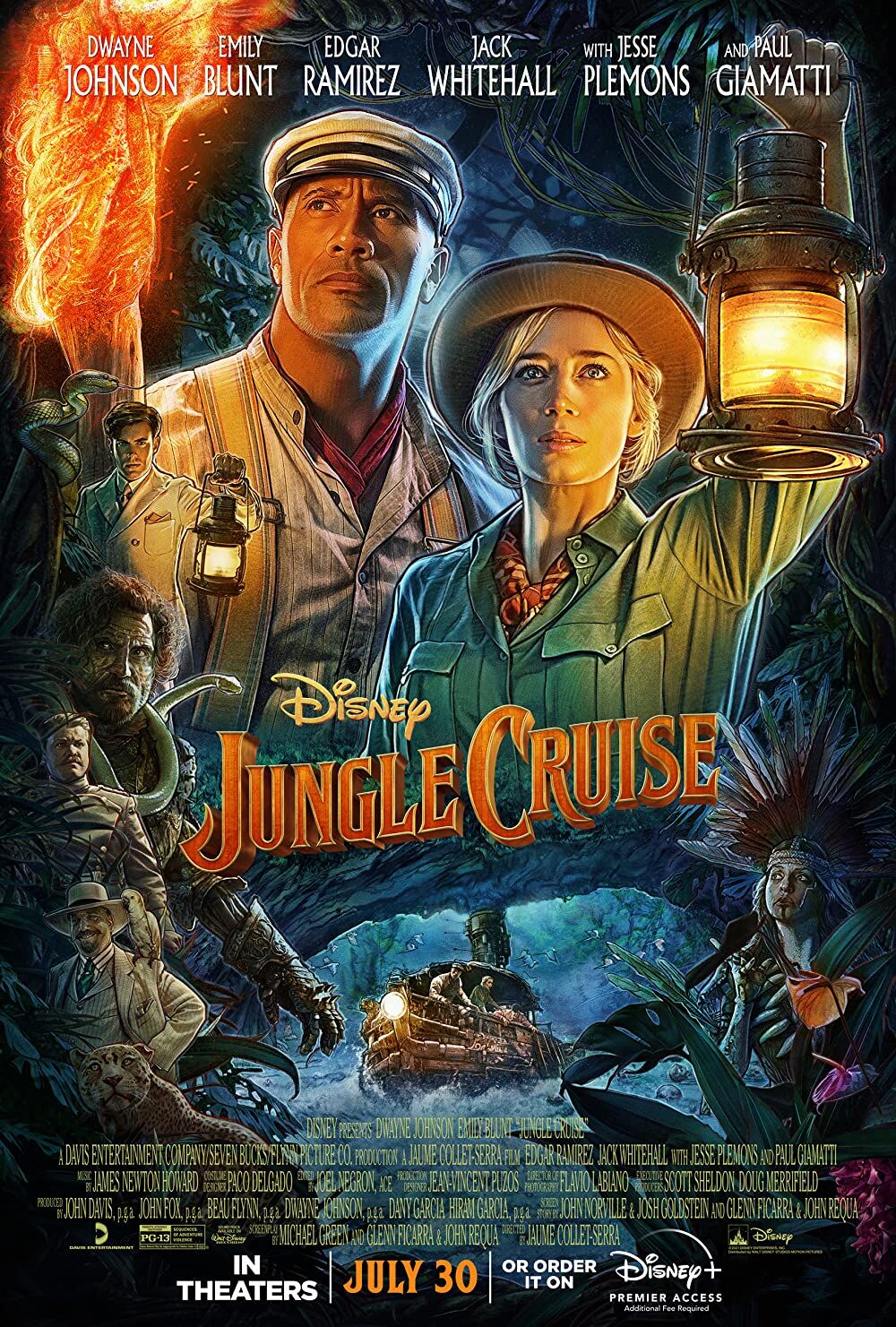 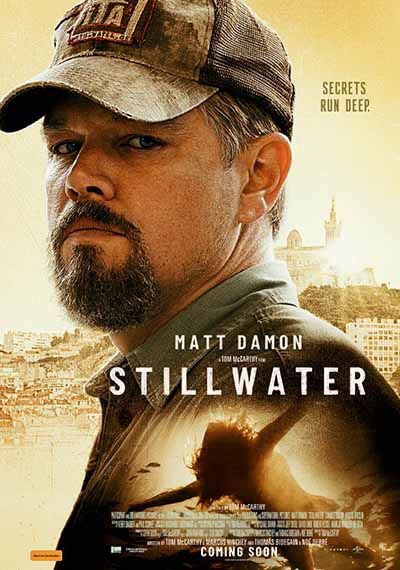 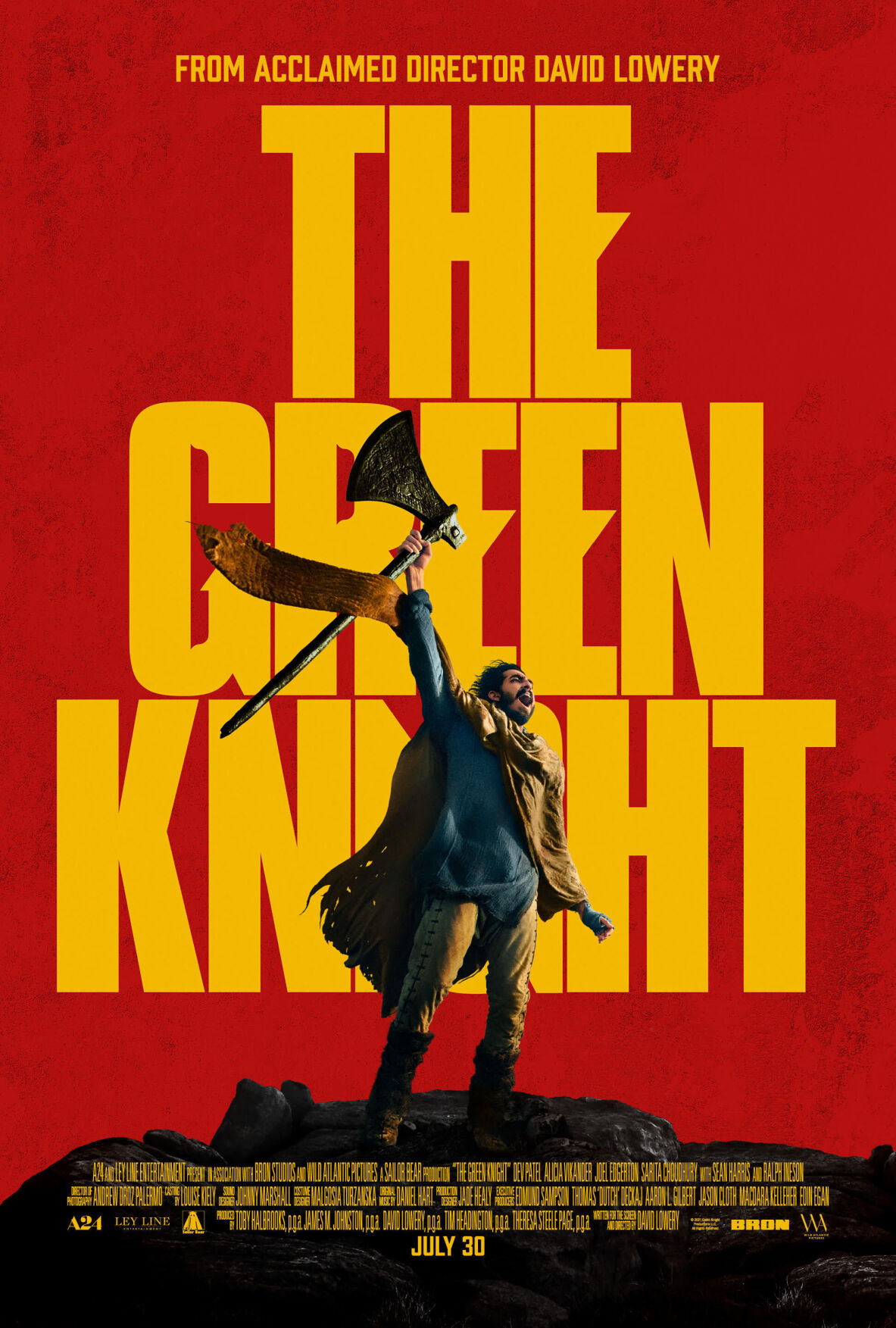 “The Green Knight” — (Action, R, 132 minutes). To prove his worth to his family and kingdom, King Arthur’s nephew goes on a quest to confront the legendary tester of men, the Green Knight. During his travels, he has to contend with ghosts, giants, schemers and thieves.

“Jungle Cruise” — (Action, PG-13, 127 minutes). Researcher Lily Houghton asks skipper Fran Wolff to take her down the Amazon so she can find an ancient tree with healing powers. During the journey, they encounter dangerous animals and supernatural forces.

“Stillwater” — (Drama, R, 140 minutes). A man travels from Oklahoma to France to help his estranged daughter, who has been sent to prison for a crime she says she didn’t commit.

“Black Widow” — (Action, PG-13, 133 minutes). A dangerous conspiracy with ties to the Black Widow’s past makes her deal with her life as a spy and broken relationships she left behind before becoming an Avenger.

“Escape Room: Tournament of Champions” — (Action, PG-13, 88 minutes). Grade: B, Katie Walsh. After six people realize they are locked in a series of escape rooms, they learn how to survive and discover they have all played this game before.

“F9: The Fast Saga” — (Action, PG-13, 145 minutes). Grade: B+, Katie Walsh. Dom and his crew must stop a world-shattering plot that is being led by skilled assassin and high-performance driver Jakob, who is Dom’s forsaken brother.

“The Hitman’s Wife’s Bodyguard” — (Action, R, 116 minutes). Grade: D, Katie Walsh. A bodyguard and an assassin try to save the assassin’s wife.

“In the Heights” — (Drama, PG-13, 143 minutes). Grade A, Terry Terrones, The Gazette. A store owner saves all his money and imagines and sings about a better life.

“Joe Bell” — (Drama, R, 90 minutes). Grade: B-, Katie Walsh. A true story of a man who sets out on a solo walk across the U.S., crusading against bullying after his son is ridiculed in high school for being gay.

“The Loneliest Whale: The Search for 52” — (Documentary, PG, 96 minutes). The story of the 52 Hertz Whale, whose calls are not recognized by other whales and is believed to live its life in complete solitude.

“Old” — (Suspense, PG-13, 108 minutes). As a family relaxes on a secluded beach, they begin to age quickly and their entire lives are reduced to a single day.

“Peter Rabbit 2: The Runaway” — (Animation, PG, 93 minutes). Peter creates chaos when he gets bored with life in the garden and goes to the big city.

“Snake Eyes” — (Action, PG-13, 121 minutes). A mysterious fighter called Snake Eyes is trained by a Japanese ninja clan, but he finds his loyalties tested when his past is revealed.

“Space Jam: A New Legacy” — (Comedy, PG, 115 minutes). Grade: C-, Katie Walsh. LeBron James and his son are trapped in digital space and the only way for them to get home is to enlist the help of the Bugs Bunny gang to win a basketball game against a rogue artificial intelligence.

“Summer of Soul (... Or, When the Revolution Could Not be Televised)” — (Music, PG-13, 117 minutes). A documentary about the 1969 Harlem Cultural Festival that promoted black pride and unity with African American music and culture.

“Werewolves Within” — (Horror, R, 97 minutes). A snowstorm has trapped the residents of the small divided town of Beaverfield, while a forest ranger and a postal clerk try to discover the truth behind a creature that is terrorizing the community.

Mood tapas bar has chef changes, Italian organization’s spaghetti dinner coming up, Taste of Douglas County in the works, and Pies and Grinders new menu has a couple of CBD infused options.