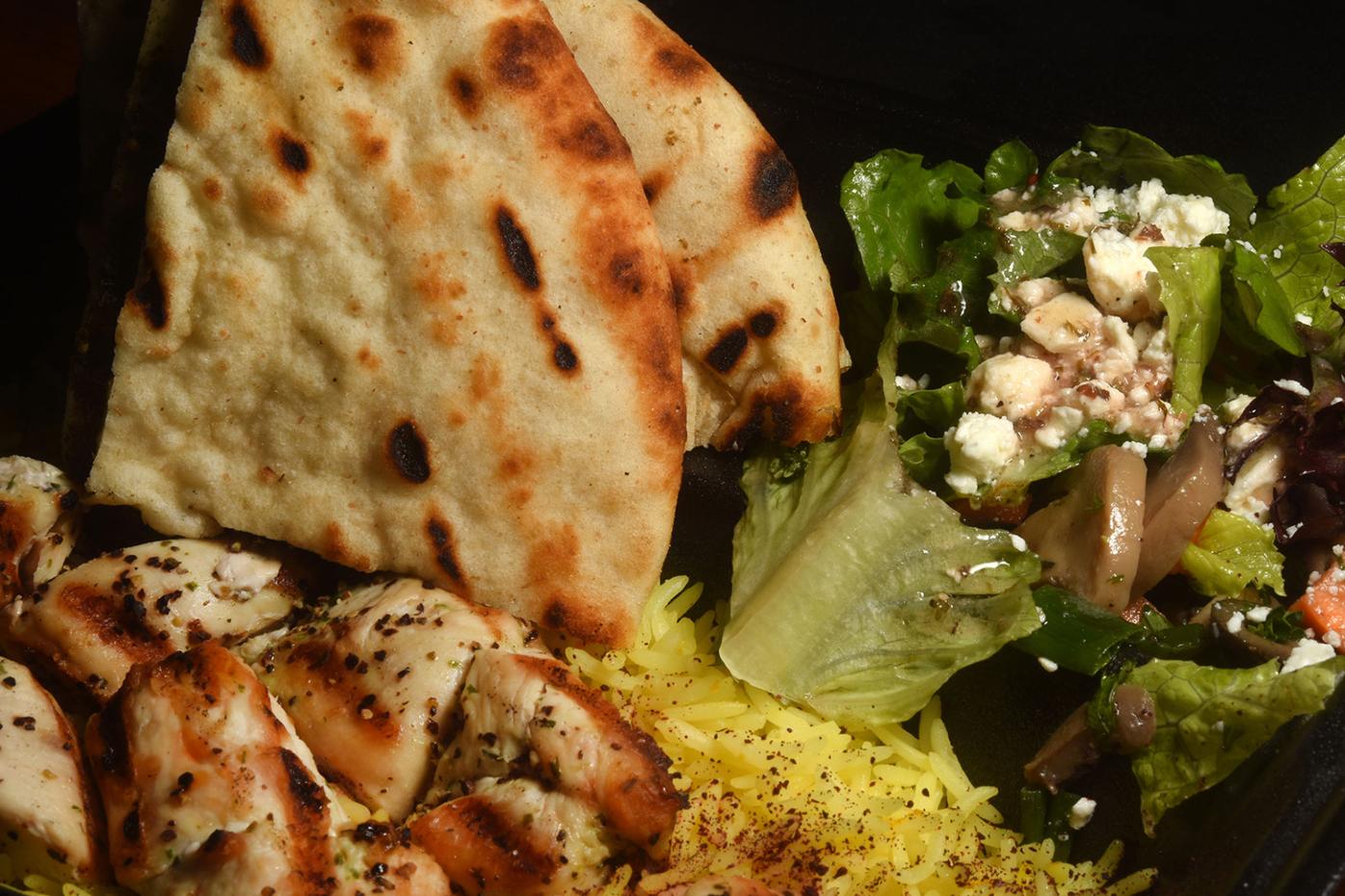 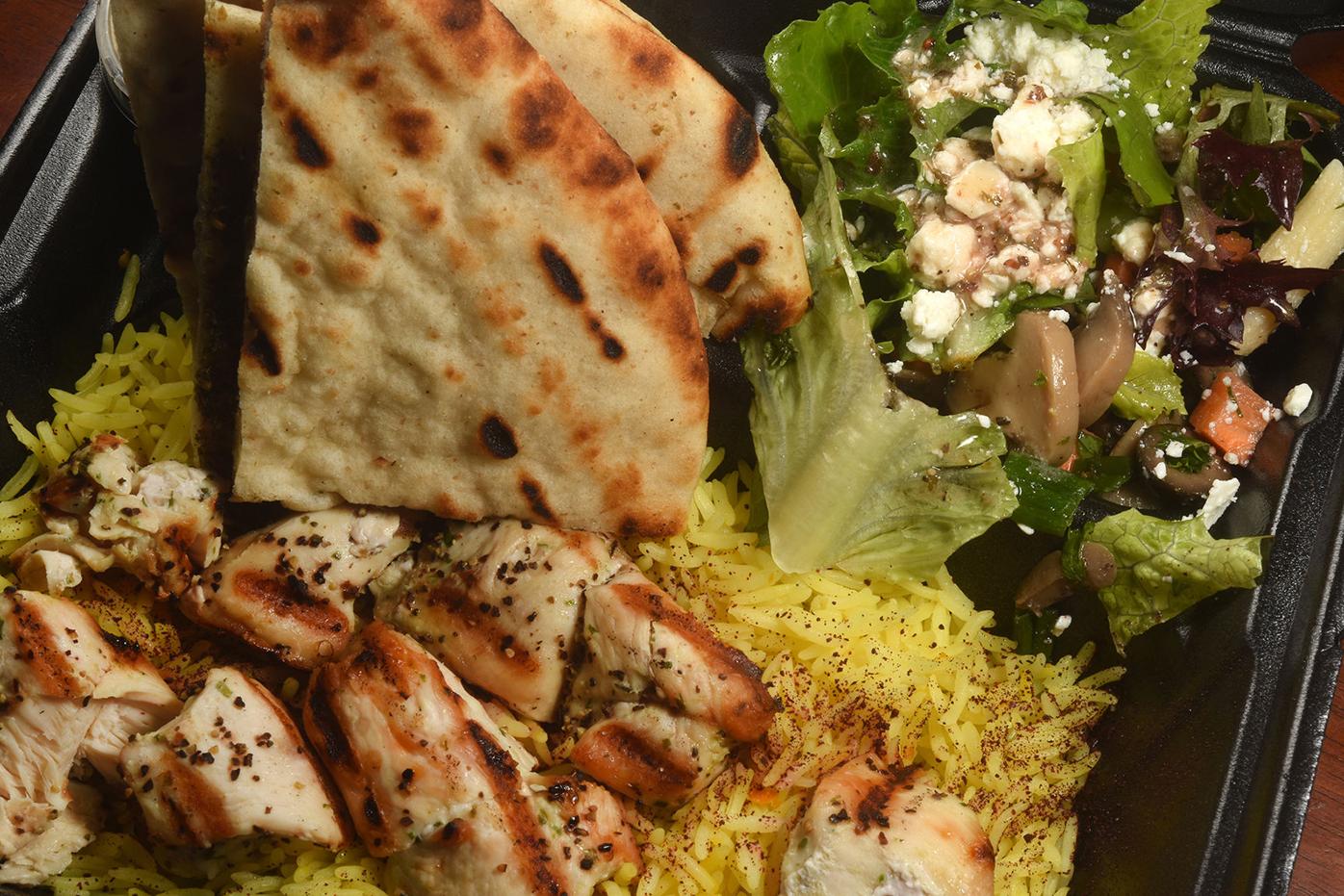 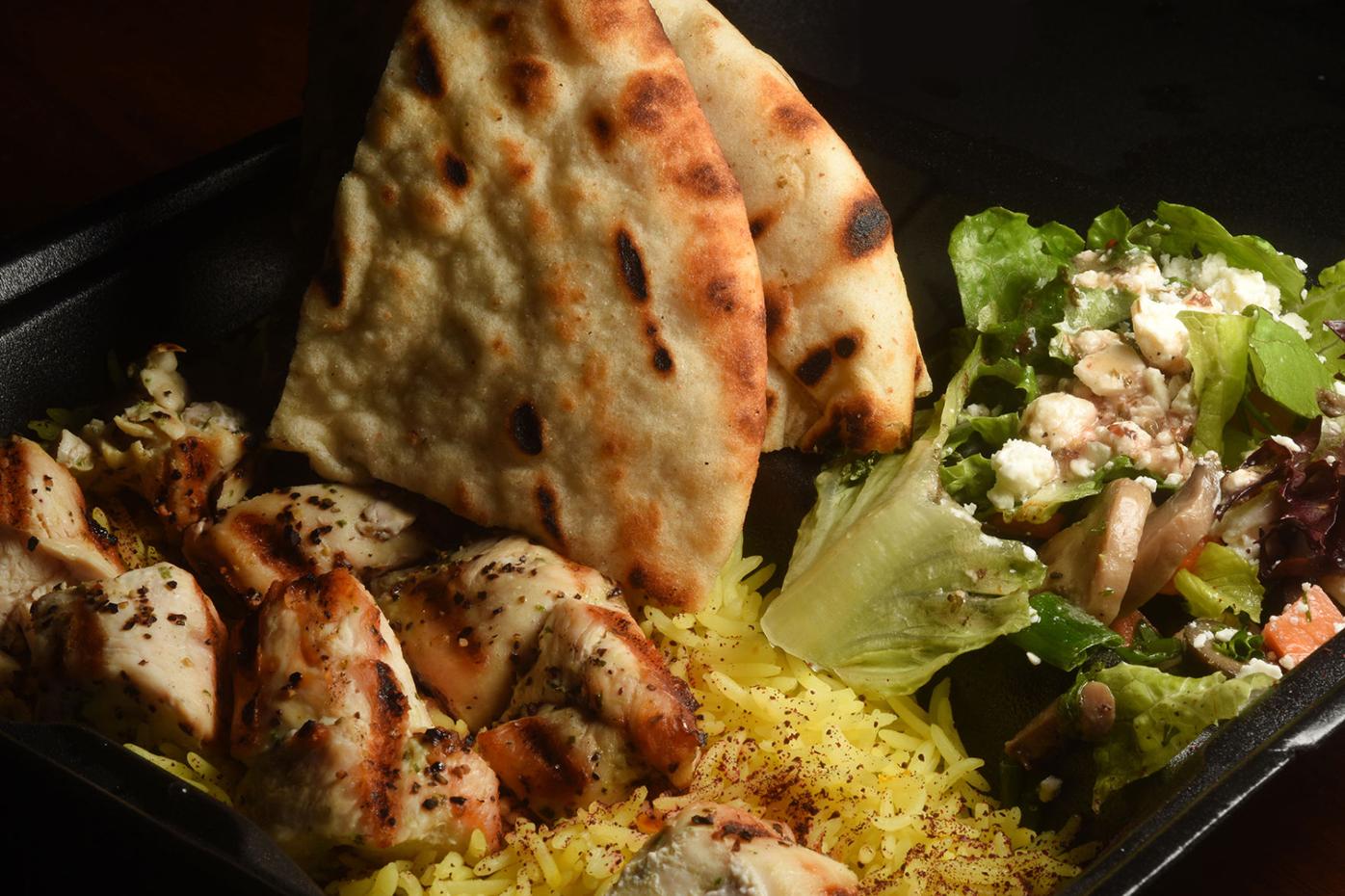 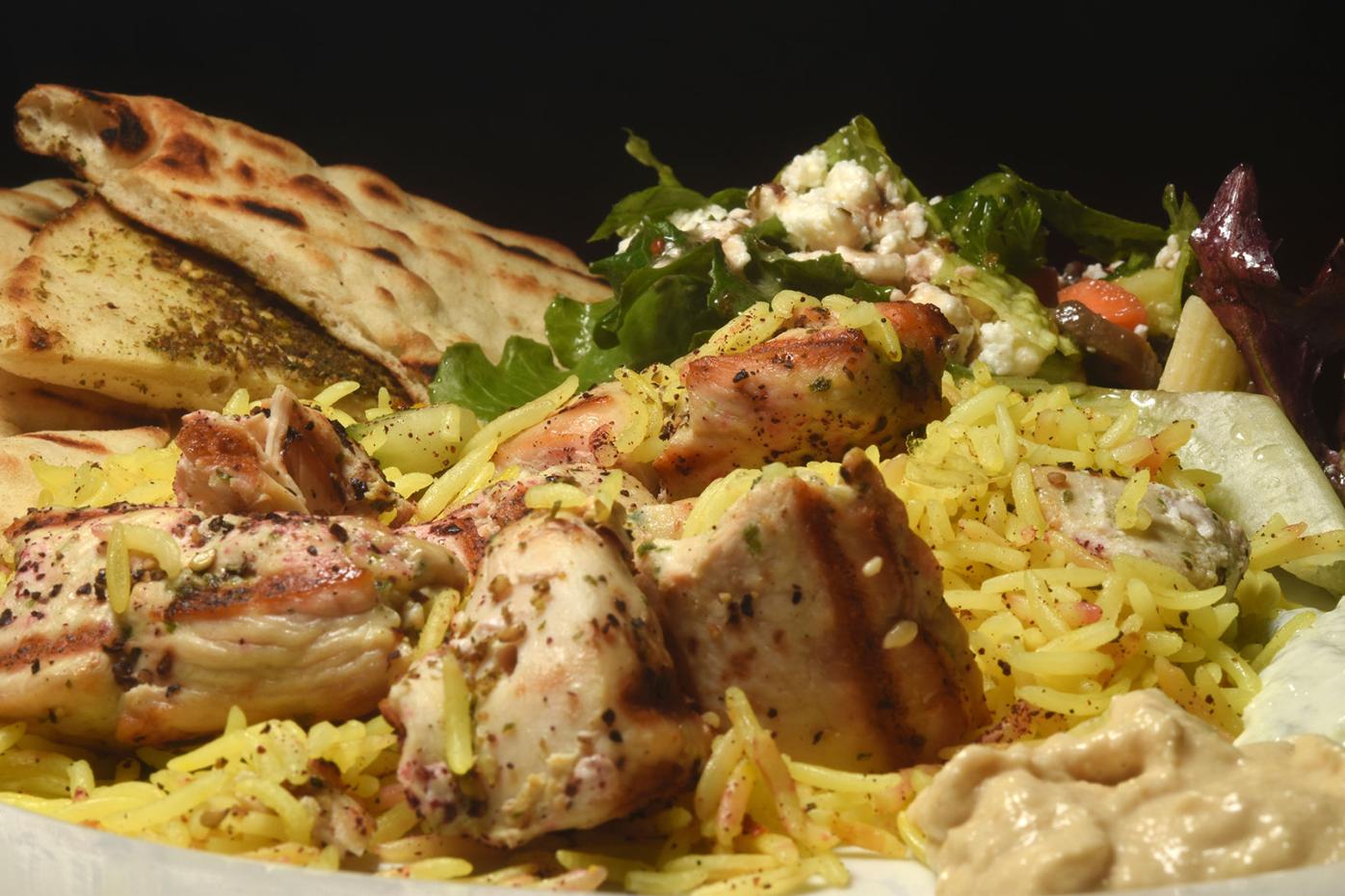 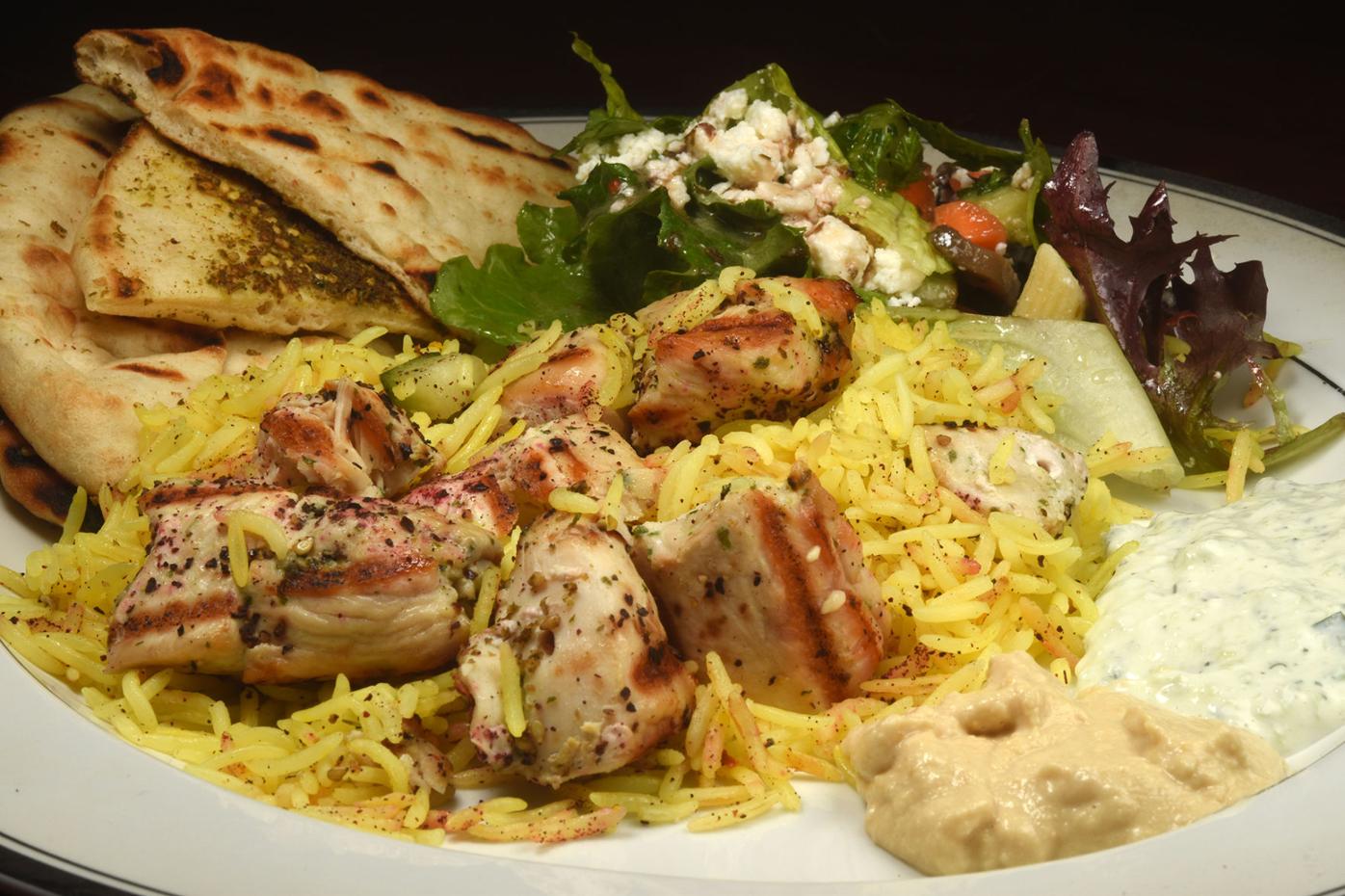 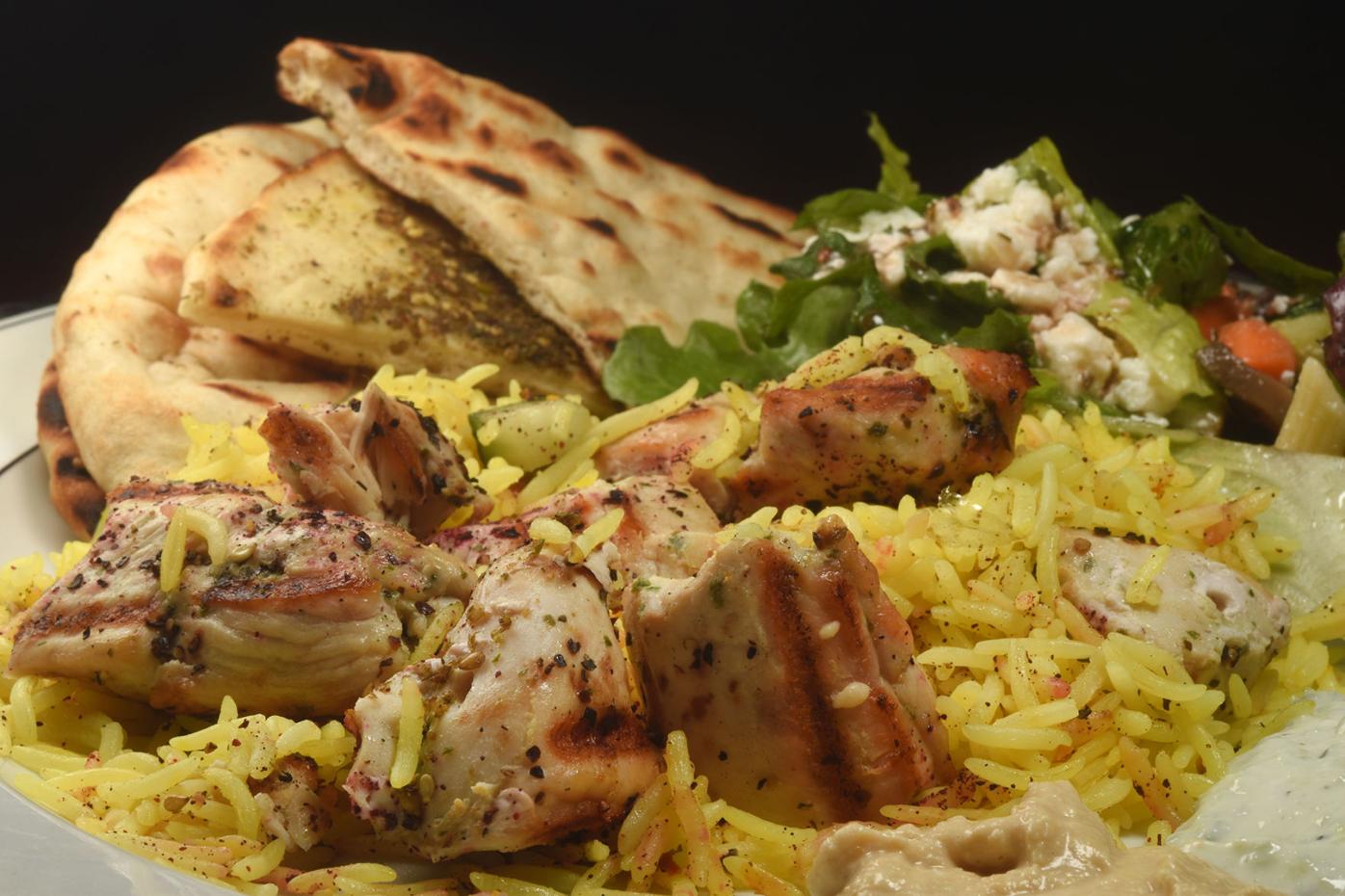 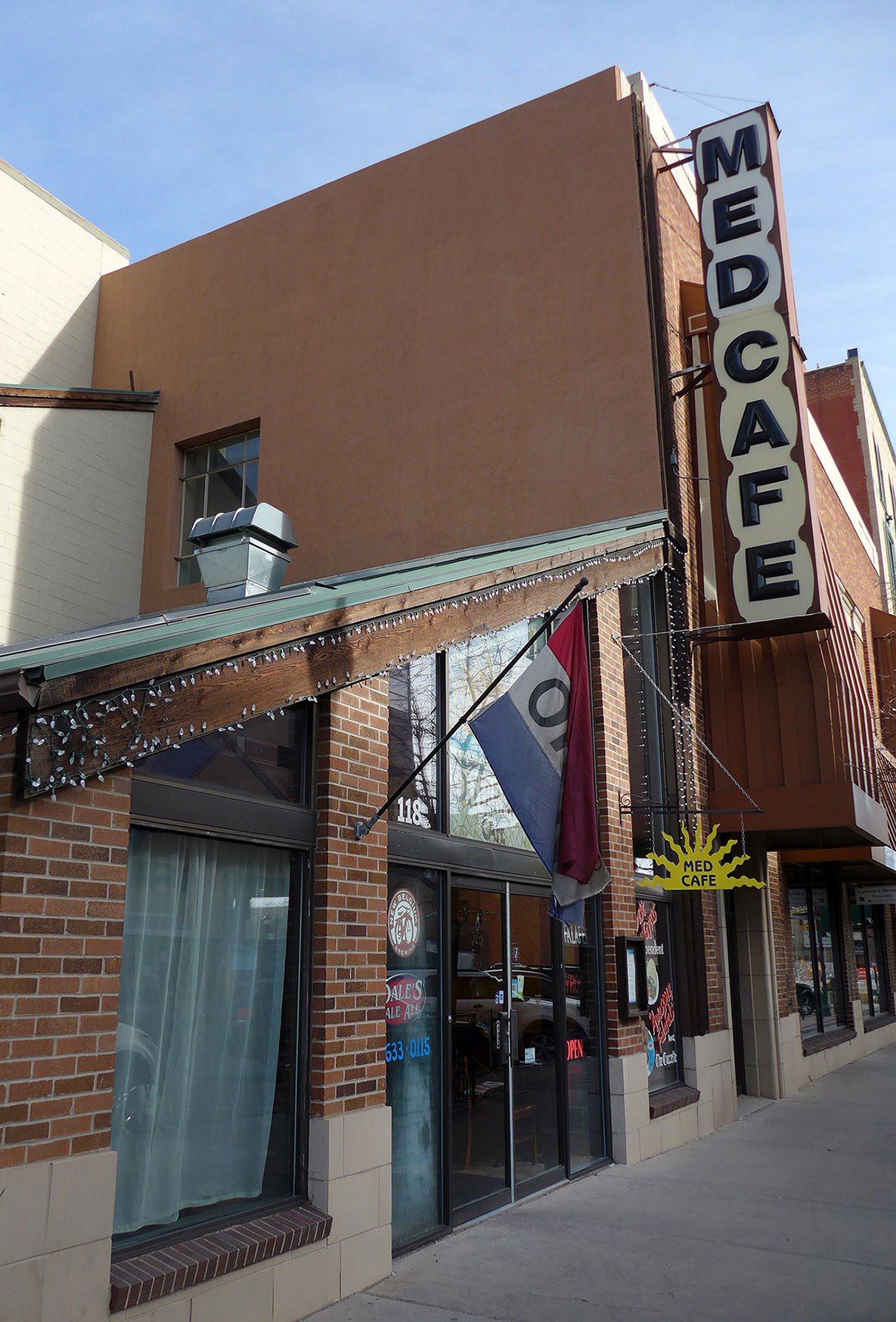 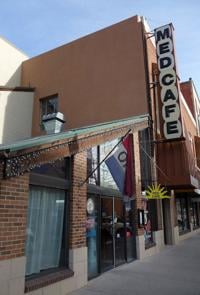 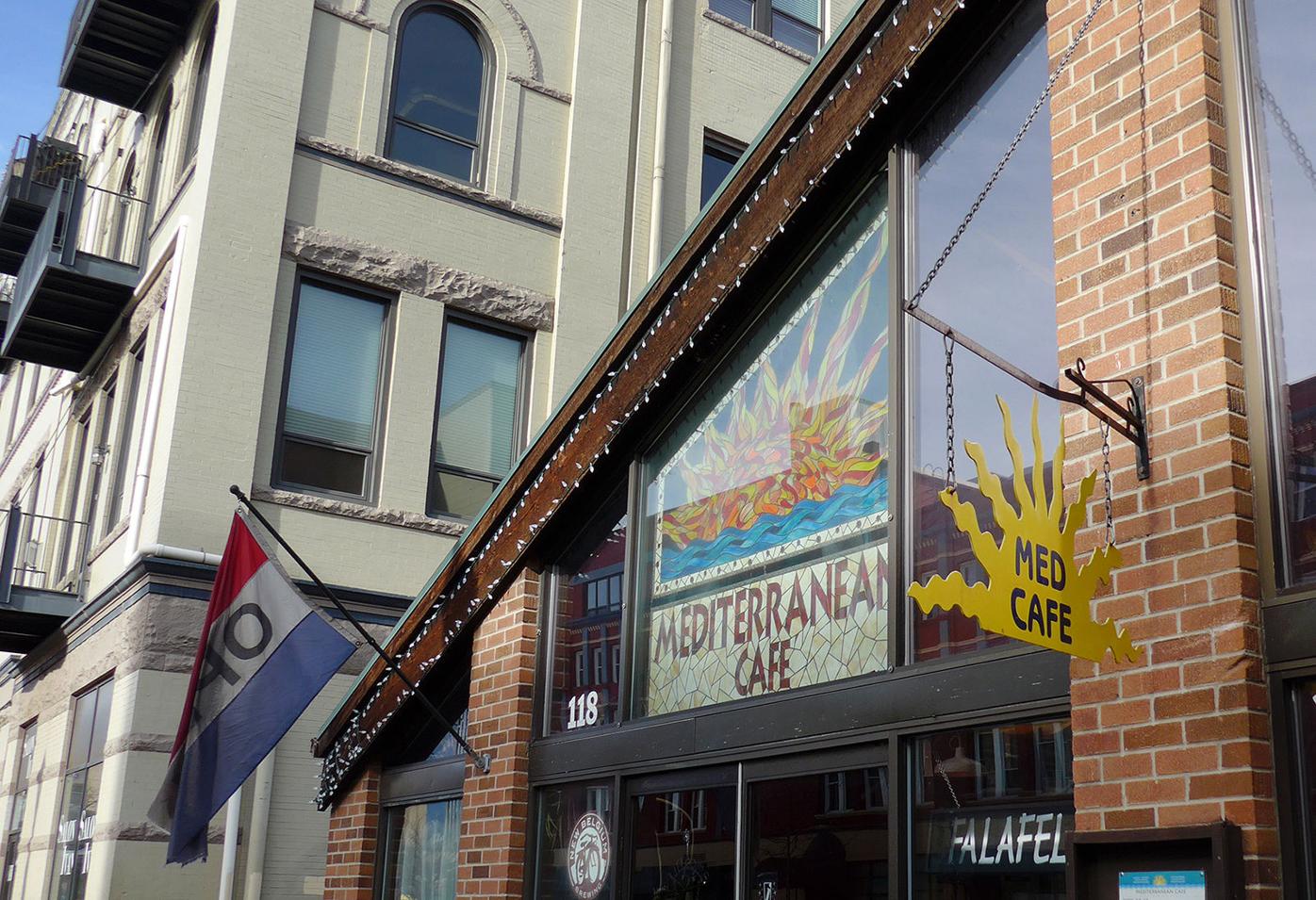 Exotic flavors can, and should, transport; although the ambiance of Mediterranean Café did little to take me to another part of the world, the food certainly made me feel far removed from the downtown bus terminal across the street.

From gyros to tzatziki, the cafe has just about everything associated with Middle Eastern cuisine. Orders are placed at the counter, but that’s where any similarity to a fast food establishment ends. Food is brought to the table on real plates and silverware, not the plastic stuff, so this further elevates the dining experience. There aren’t linen napkins or tablecloths, but what matters most is the made-to-order fare.

Although nothing we ordered needed an explanation, the menu includes an explanation of “Mediterranean Terms.” Most are familiar such as hummus and dolma. Sumac was new to me, though. This is made from ground sumac bush berries and imparts a “lemony, slightly astringent flavor to food,” but wasn’t listed as part of any of the menu items.

Rather than ordering one or two of the starters, I opted for the vegetarian platter ($13), which included samples of almost everything and included basmati rice. The large plate was covered with four meatball-size falafel, grilled pita dusted with dried herbs, two dolmas, hummus, baba ghanouj, tabbouleh, marinated vegetable salad and tahini. I especially liked the tabbouleh made from bulgur wheat, finely diced cucumbers and tomatoes, green onions and mint. It’s dressed with olive oil and lemon juice, so it’s a bit tangy, but refreshing.

It was nice to have plenty of triangle-shaped pieces of pita for dipping in the sauces. The baba ghanouj (a smooth eggplant dip) was smoky and creamy. The hummus contained just the right amount of tahini (sesame seed paste with garlic and lemon). The dolmas, stubby cylinders of grape leaves stuffed with rice, dill and onion, were among my favorites, along with the falafel, ground garbanzo beans mixed with herbs then deep-fried. I liked the crunchy texture and using the dips to further enhance the earthy flavors.

The chicken kebab plate ($14) featured pieces of well-seasoned chicken breast that had been skewered and grilled. Each piece was tender, bearing perfect grill marks. The entree includes pita, rice, hummus and tzatziki (a yogurt and cucumber sauce).

Several pita (sandwich) possibilities are available and for a slight upcharge include a choice of soup, salad or fries and includes a soda. The salads, kept on display in a small cooler at the counter where orders are placed, provide a rainbow of options. In addition to tabbouleh, there’s vegetable salad, pasta salad with feta, marinated mushrooms and a basic green salad, among others.

The half and half pita ($8) offers a choice of gyro or chicken with falafel in warm pocket bread. It looks like a burrito that isn’t wrapped all the way. A lot of shredded lettuce, cucumbers and red onions make this as much a salad as a sandwich. Tzatziki and harissa (a red pepper sauce) are slathered on the pita. The combination of the proteins is pleasing blend of flavors and textures.

Were it not for the original artwork by Manitou Springs artist Steve Wood, the decor would be nothing special. Wood’s paintings are a worthy distraction until the food arrives. Then all eyes are focused on the colorful cuisine and enticing aromas — as it should be.