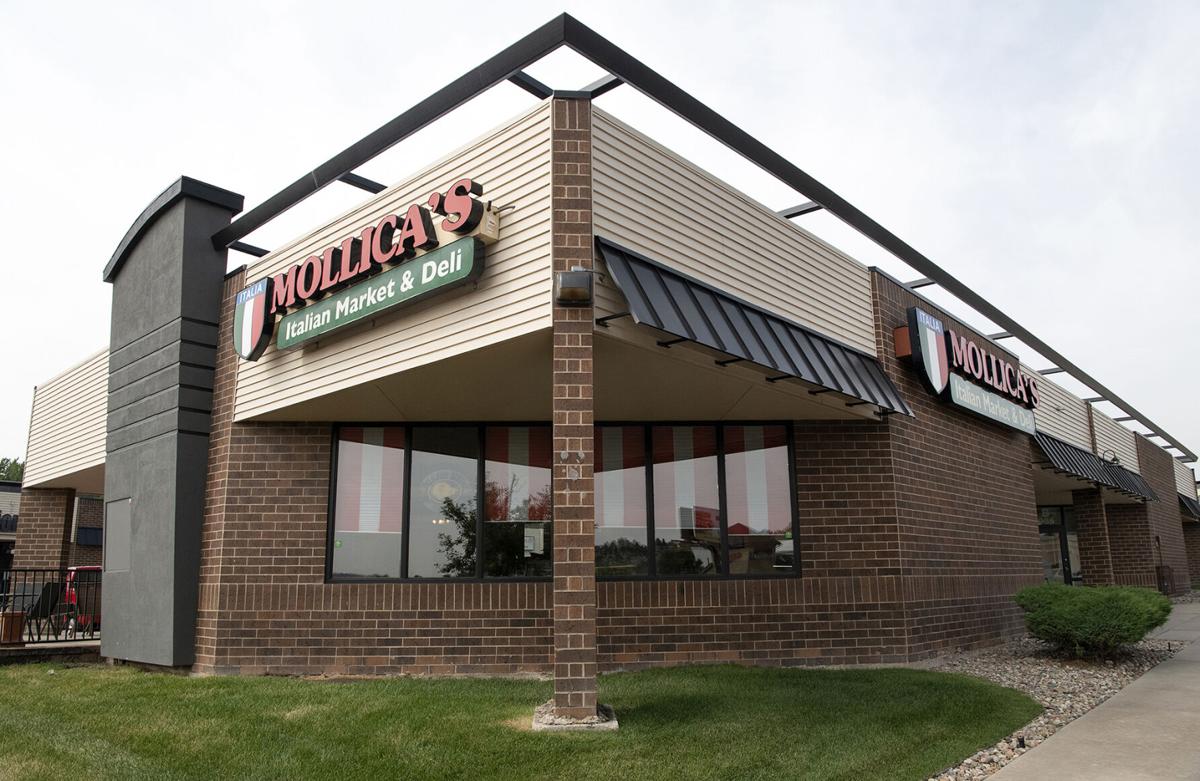 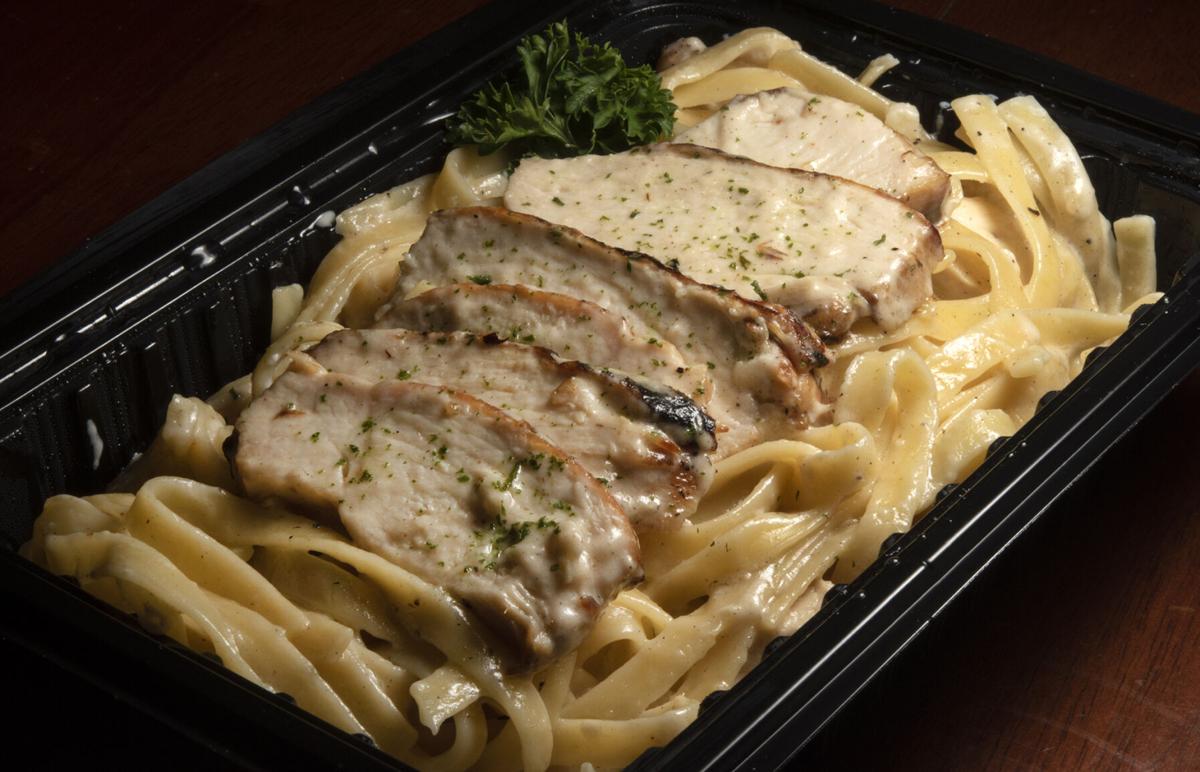 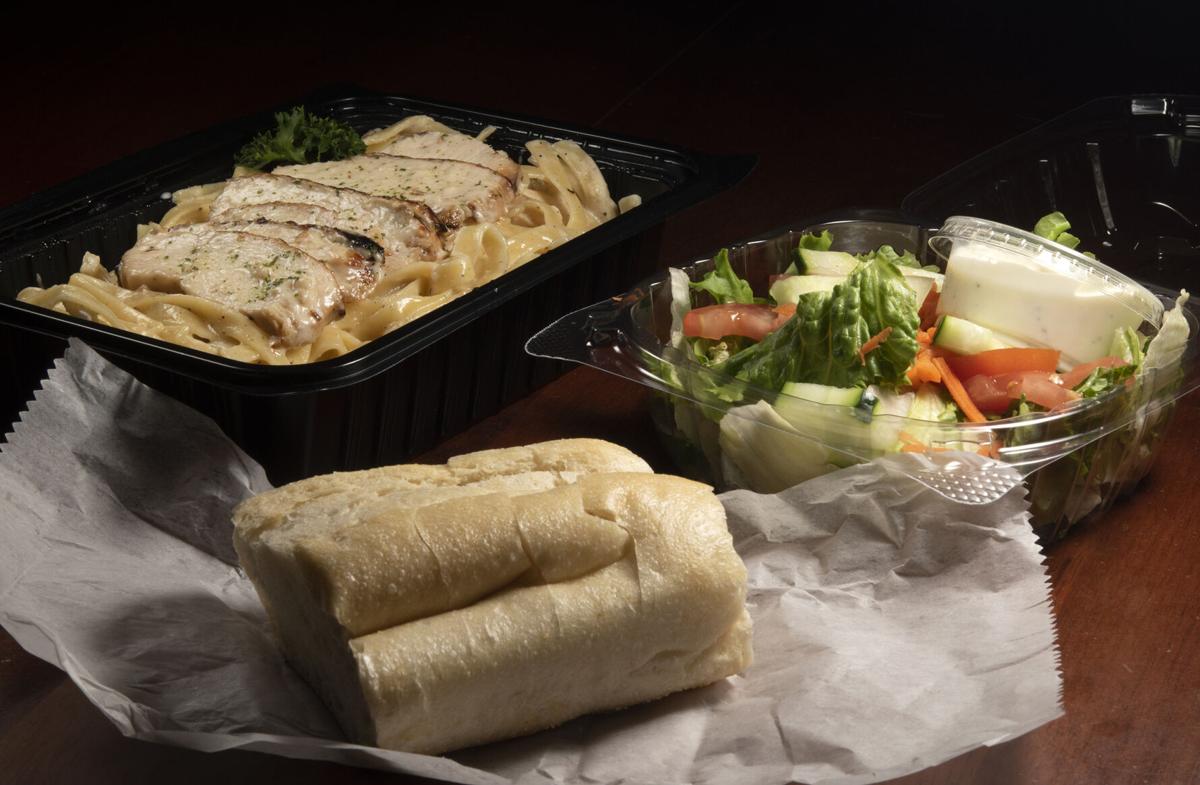 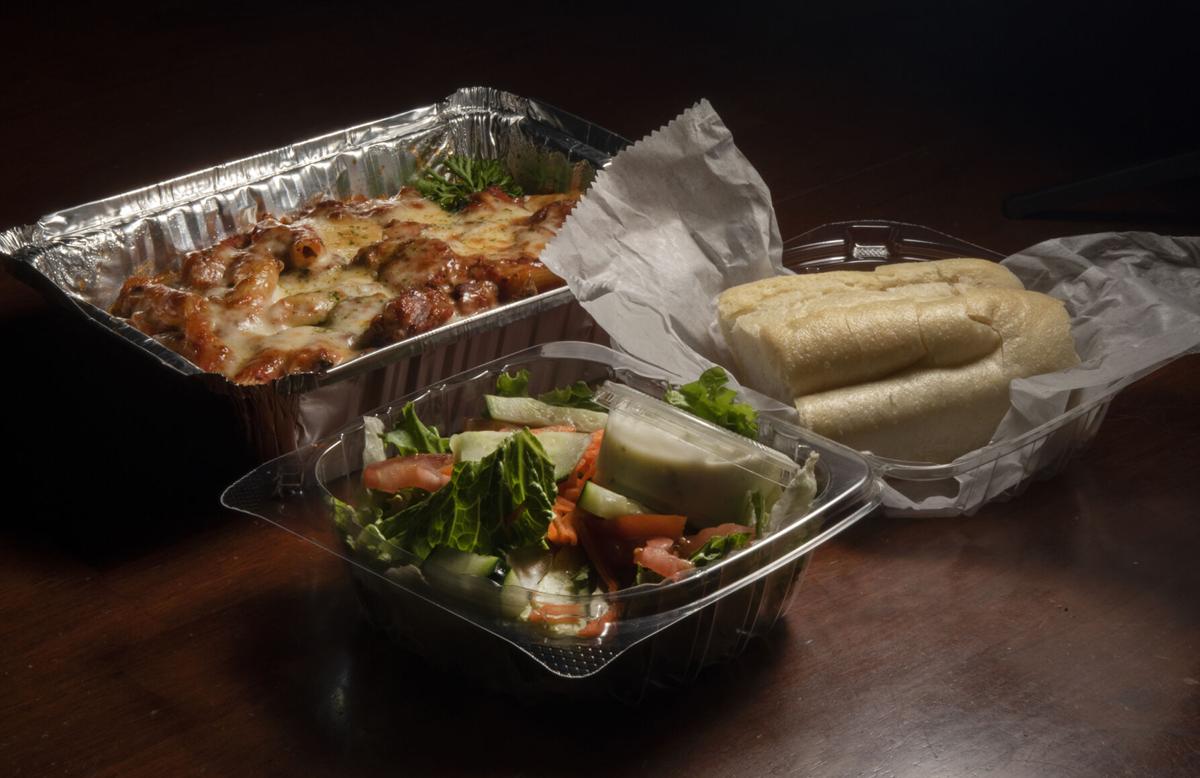 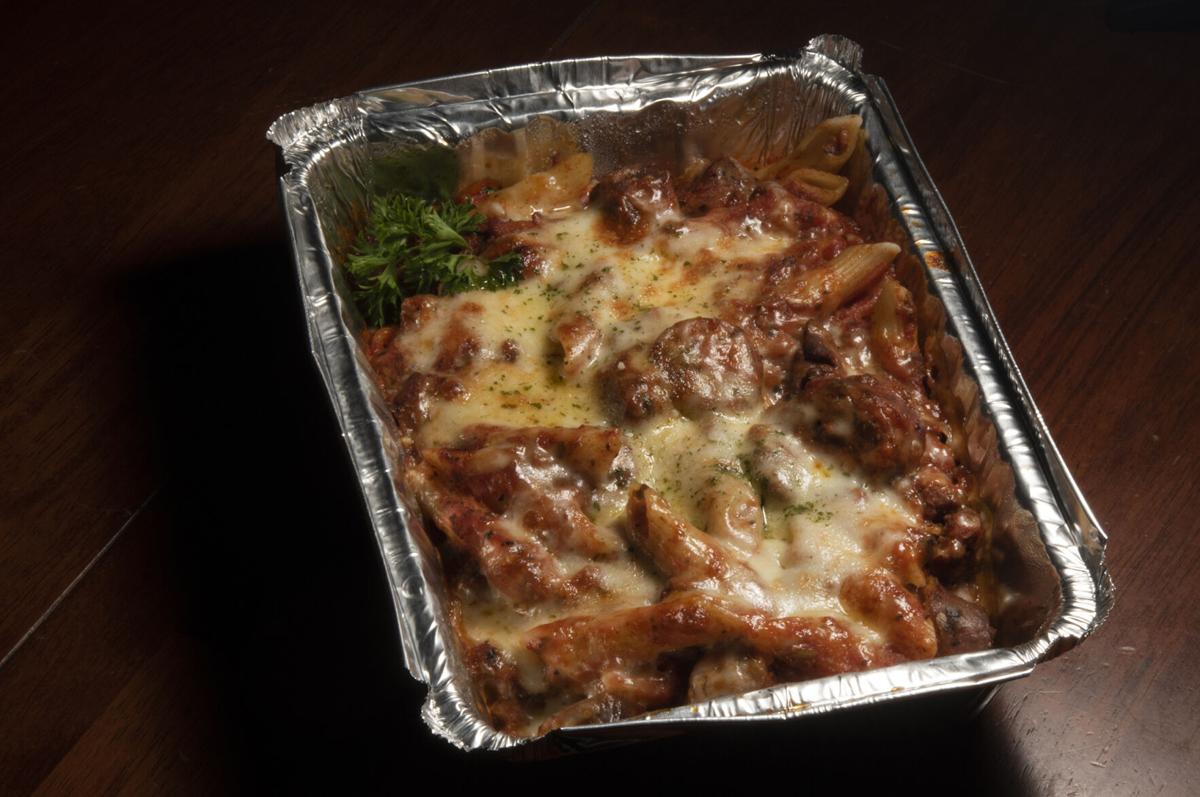 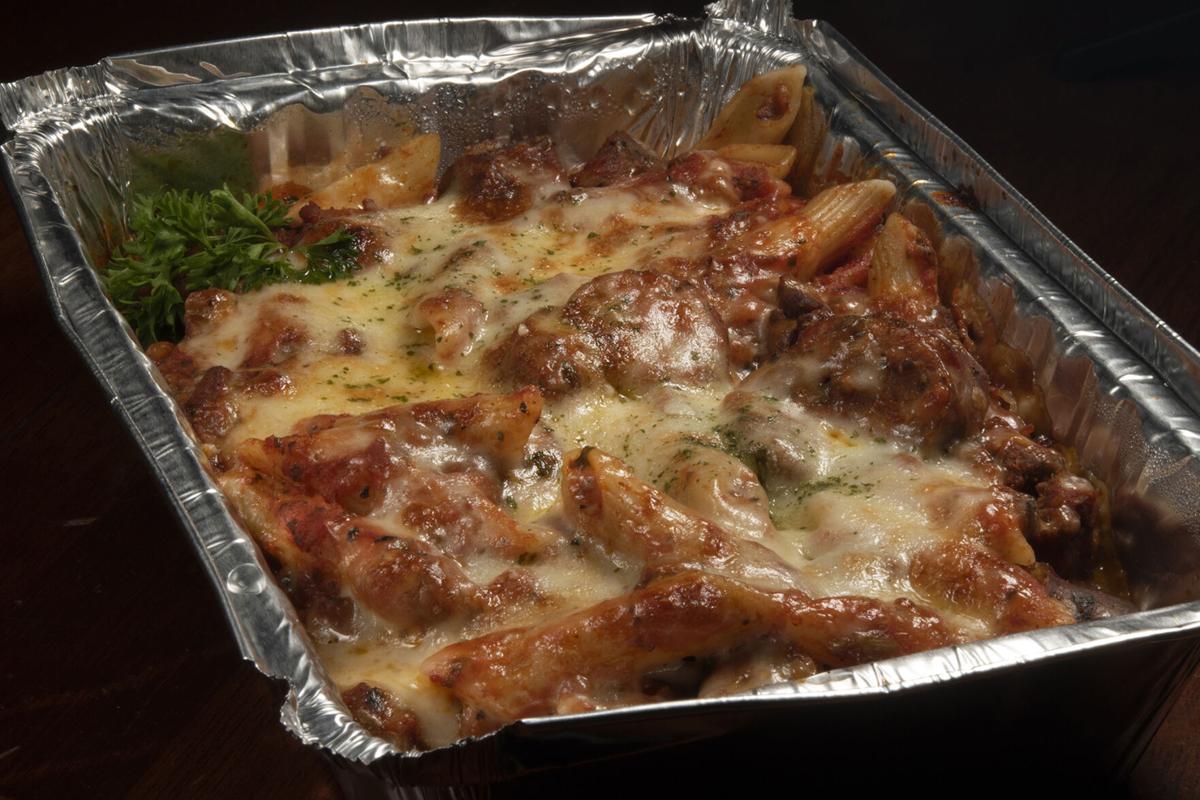 My interactions with restaurants during COVID-19’s peak were by phone and curbside. Although I am visiting dining establishments again, I occasionally still rely on takeout because it’s easy.

Consider Mollica’s Italian Market & Deli. According to owner Jerry Mollica, “Our carryout is doing great.” His parents started the business in 1987. To survive in 2021, though, adjustments were needed.

“I had to make changes,” Mollica said. “It’s all one menu now. Lunch and dinner are the same.”

This means there are fewer entrees, but don’t worry. The quality and quantity mostly remain steadfast. Sandwiches, salads, pastas and pizza are available.

We called in our order for a large Italian salad, baked penne with sausage and grilled chicken Alfredo and were told it would be ready in 20 minutes. It took us about that long to arrive and the food was being packaged. The entrees include bread and a choice of soup or salad. We ordered the larger portions and had enough food for more than two people. Next time we’ll invite friends over.

The Italian salad ($9.25; $12 for the larger serving) is a small bed of greens blanketed with strips of salami, capicola (cured pork), mozzarella cheese, slices of hardboiled egg and tomatoes. The generous serving of meats is what sets this apart from a basic salad. House- made Italian dressing with distinctive olive oil is abundant with herbs. Despite best efforts to package the dressing in a way to avoid leaks, minor seepage occurred.

I’ll come back to the packaging, but even in a plastic, recyclable container the salad is visually appealing. Because we ordered the salad, we selected the soups with our entrees: minestrone and orange tomato bisque. The latter was a surprising and pleasing combination of flavors: citrusy and tangy.

The penne ($12; $15) is cheesy, in a good way, with medallions of house-made sausage in a thick, pungent red sauce. A mixed-vegetable topping is another choice, but I like sausage. This is neither too spicy nor bland. It does, however, keep the hearty sauce from overwhelming the palette.

The one disappointment was the grilled chicken Alfredo ($12; $15). The creamy sauce was exactly what’s expected: smooth and rich. The problem was the chicken, which barely made an appearance, Perhaps there’d been a run on the grilled poultry, but it would have been better to let us know instead of putting a paltry amount over the linguini.

Mollica said he’s made other changes in the restaurant. Instead of table service, orders are placed at the counter and food is brought to the table. He’s had to reassess things several times and isn’t opposed to making more changes, hopefully ones reverting to pre-pandemic days. “I have to be prepared,” he said. “It’s about trying to stay one step ahead of things.”

Although there’s a help-wanted sign on the front door, staffing isn’t Mollica’s biggest concern. “Takeout containers are three-and-a-half to four times more than they were before,” he noted. “Food costs are up 30%. Strategic pricing is a big deal.”

As a consumer, I felt I got my money’s worth, trifling amounts of chicken aside. The masked staff was friendly and efficient on the phone and in person.

Description: Italian cuisine for carryout or order at the counter for dine-in

Location: 985-A Garden of the Gods Road