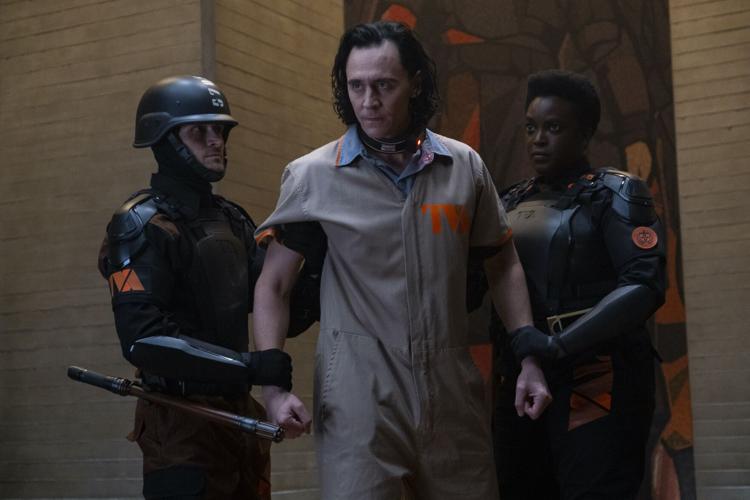 Loki (Tom Hiddleston) and Hunter B-15 (Wunmi Mosaku) in a scene from “Loki.” The action in “Loki” picks up right after Loki’s appearance in 2019’s “Avengers: Endgame.” 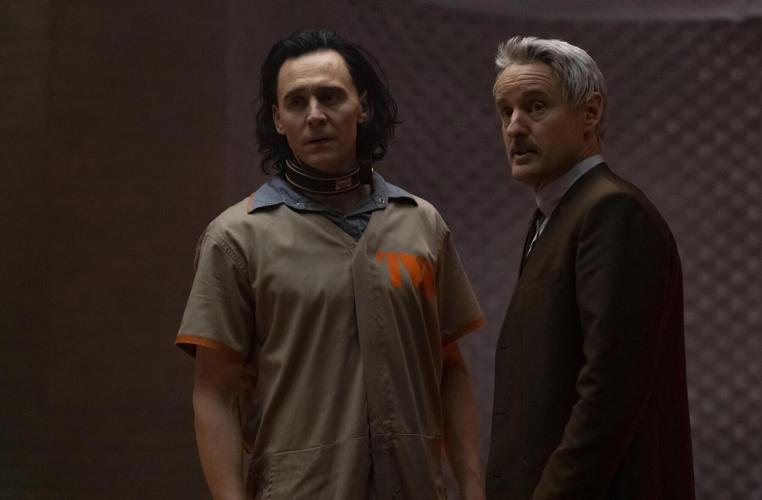 Loki (Tom Hiddleston) and Mobius (Owen Wilson) in a scene from "Loki."

Loki (Tom Hiddleston) and Hunter B-15 (Wunmi Mosaku) in a scene from “Loki.” The action in “Loki” picks up right after Loki’s appearance in 2019’s “Avengers: Endgame.”

Loki (Tom Hiddleston) and Mobius (Owen Wilson) in a scene from "Loki."

The premise: What would happen if Loki was never was brought back to Asgard to face the consequences for his failed attempt to invade New York and conquer Earth? That’s exactly what viewers will find out in “Loki.” The series follows the adventures of the God of Mischief after he escapes with the tesseract in 2019’s “Avengers: Endgame.” Moments after his disappearing act, Loki is apprehended by the Time Variance Authority and arrested for his crimes against the Sacred Timeline.

Highs: Loki has long been one of the Marvel Cinematic Universe’s most interesting characters. He’s been a villain and an antihero and has gone through a cycle of being trusted then betraying people he’s closest to in the six Marvel films he’s been in.

While Loki has always been an intriguing role player, his pattern of behavior has started to feel repetitive. Also, the storylines featuring Loki don’t really focus on him. MCU films with the notorious trickster are more about Thor or The Avengers than Loki himself. There was always a sense that there was more to the character, largely due to the charisma of Tom Hiddleston, who plays the role with knowing glances and brilliantly balances Loki’s evil deeds with tinges of regret and dashes of witty dialogue.

“Loki” the series evolves the character to his rightful place among the Marvel hierarchy. Playful and fun, it displays Loki’s full range and is an absolute blast. To paraphrase the God of Mischief, he is indeed burdened with glorious purpose. The purpose being to star in the best Disney+ series yet.

The action in “Loki” picks up immediately after the events of 2019’s “Avengers: Endgame,” when Loki disappears with the tesseract. He lands in the Gobi Desert and is immediately grabbed by the TVA.

The first episode is a table setter. Time travel is a complicated business after all and while the Time Variance Authority has been featured in Marvel comics for years, it’s new to the MCU. Episode one answers a lot of timeline questions viewers are sure to have and does so in an entertaining way.

In episode two, viewers will finally get a feel for what “Loki” aspires to be — a time traveling crime story. Against the advice of his superiors, Loki is recruited to help catch a dangerous time variant who is making a mess of the Sacred Timeline. Watching over Loki is Agent Mobius (Owen Wilson), who specializes in the investigations of dangerous time criminals.

Wilson is fantastic, doing his trademark Owen Wilson schtick but this time as a character with some responsibility. Wilson and Hiddleston have great chemistry and watching them banter is one of the most entertaining aspects of the show.

Each of the first two episodes ends with surprising reveals, especially episode two, and sets the stage for what looks to be an exciting season.

Lows: TV series or films with a heavy reliance on time travel can be confusing. Plot points that seem to make sense can sometimes lead to befuddlement or, even worse, contradictory storylines. With a canon as complex as the Marvel Cinematic Universe, it can be easy to lose track of what’s important. Fortunately, at least after two episodes, “Loki” does a good job of keeping its story on a logical path.

Grade: (A): Clever, bold and flat out fascinating, “Loki” sets a new bar for Disney+ shows. A bit less convoluted than “WandaVision” and less in your face than “The Falcon and The Winter Soldier,” “Loki” perfectly hits the mark. This series has the potential to be one of the MCU’s most popular productions and does an incredible job of perfectly showcasing one of Marvel’s most intriguing characters.

Like a number of other major Colorado events, SeriesFest was forced to get creative in 2020.