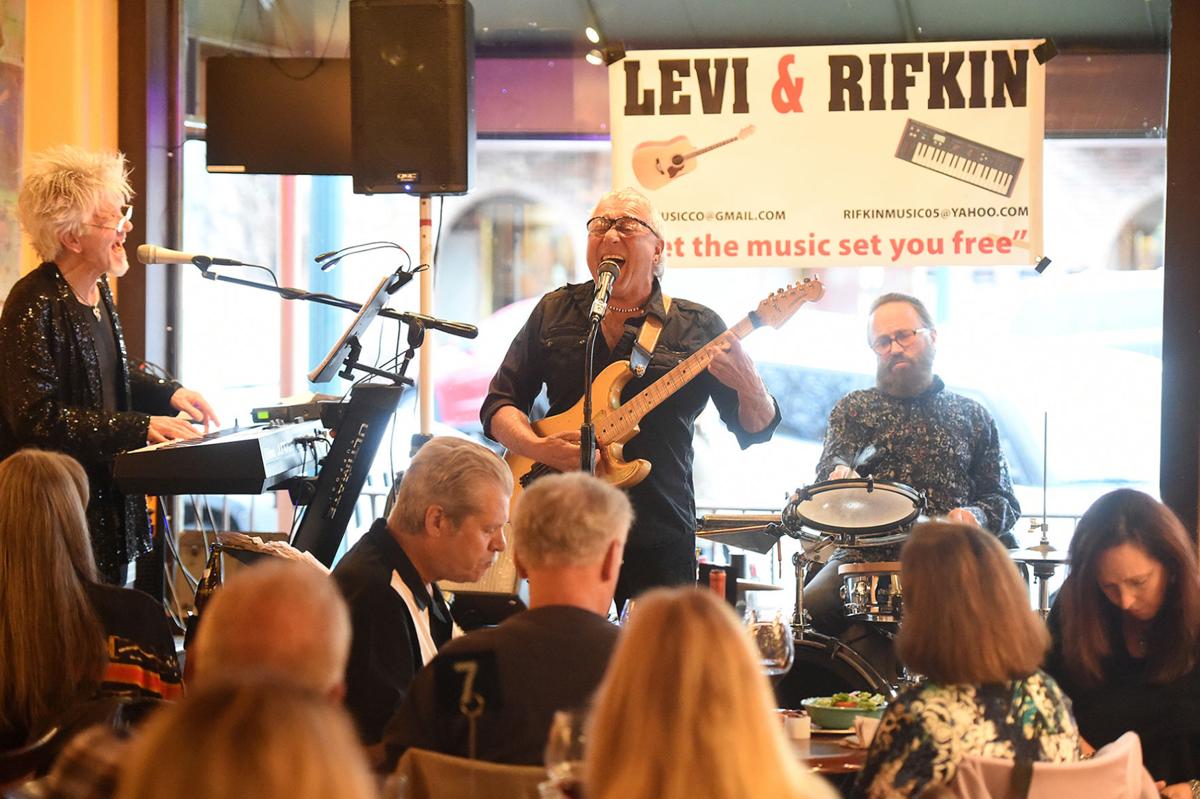 Levi & Rifkin perform at Rico’s Cafe & Wine Bar in May. 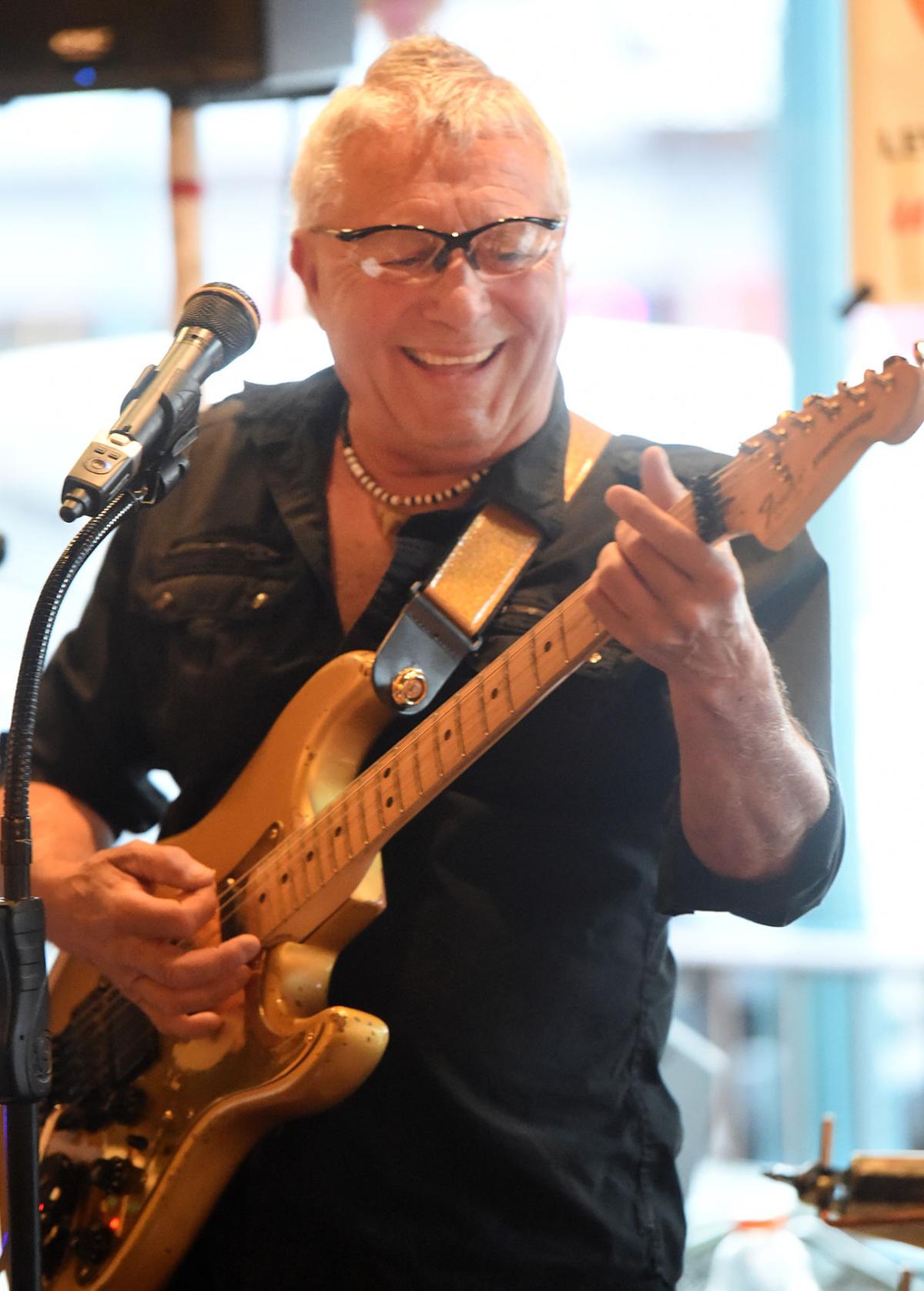 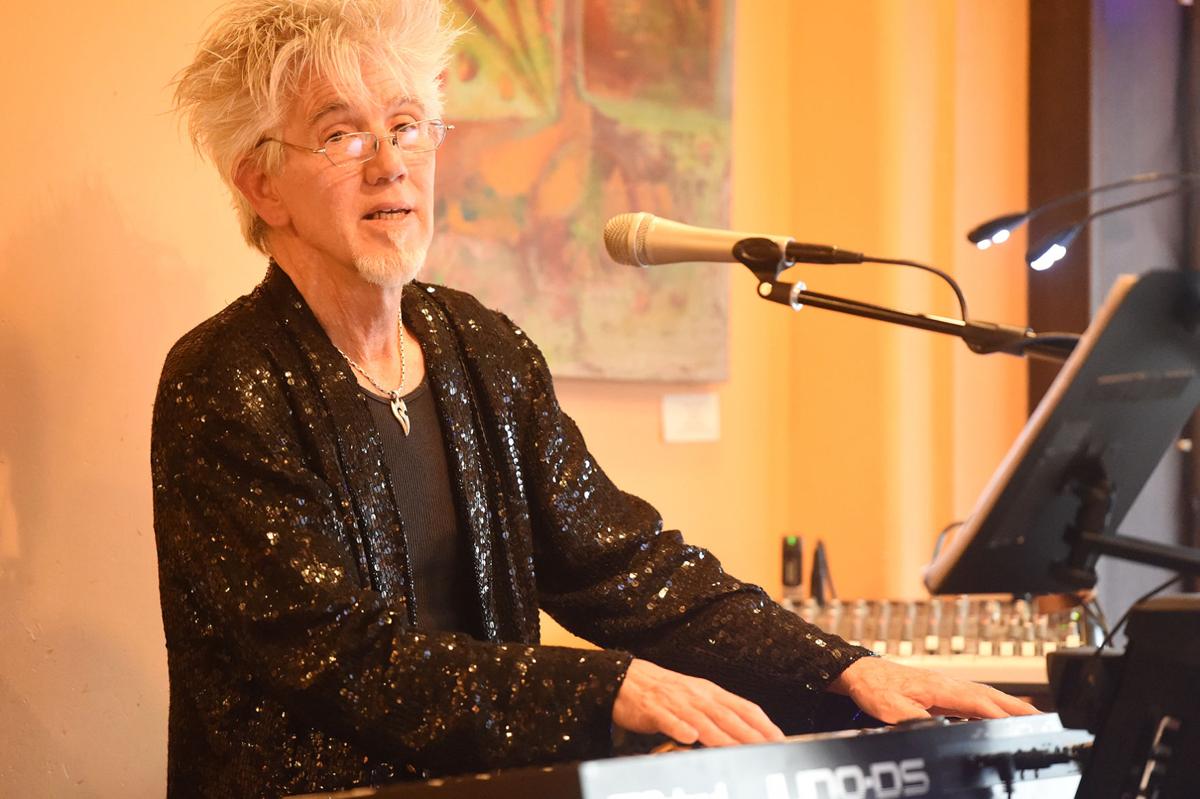 Rifkin of Levi & Rifkin was groomed to be a concert pianist at a young age. 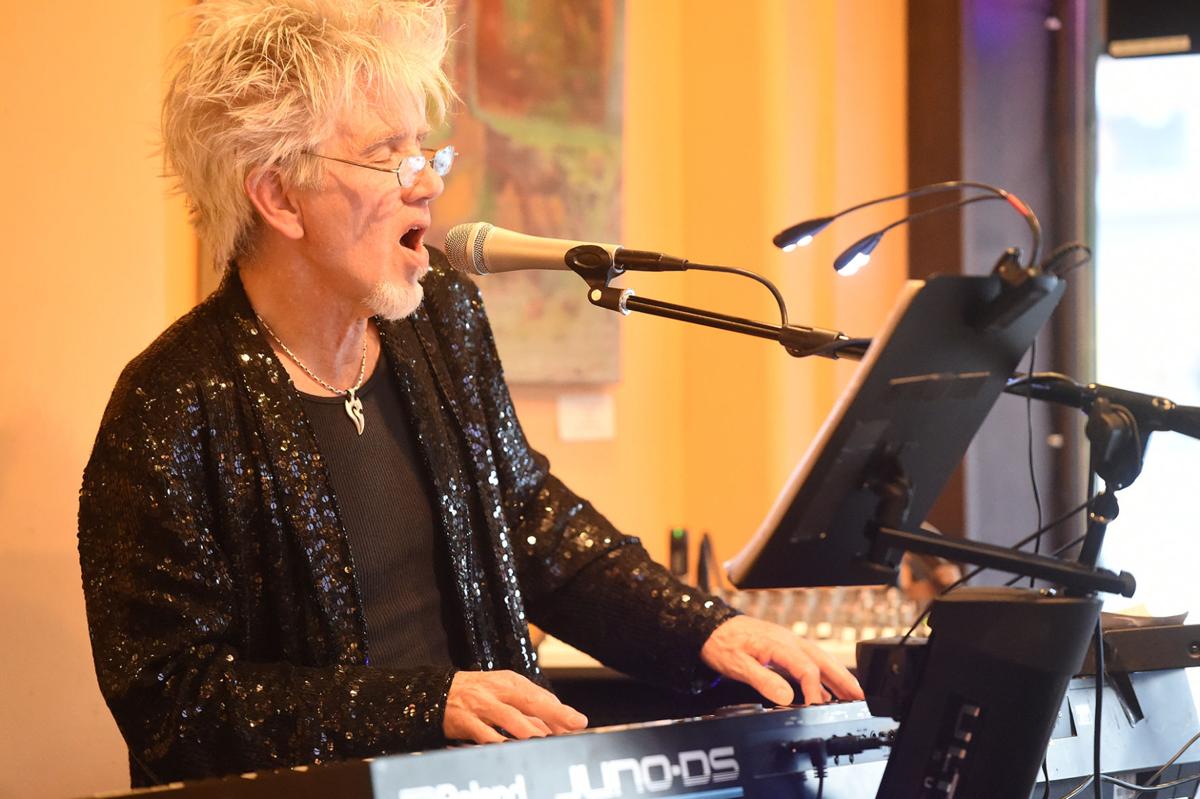 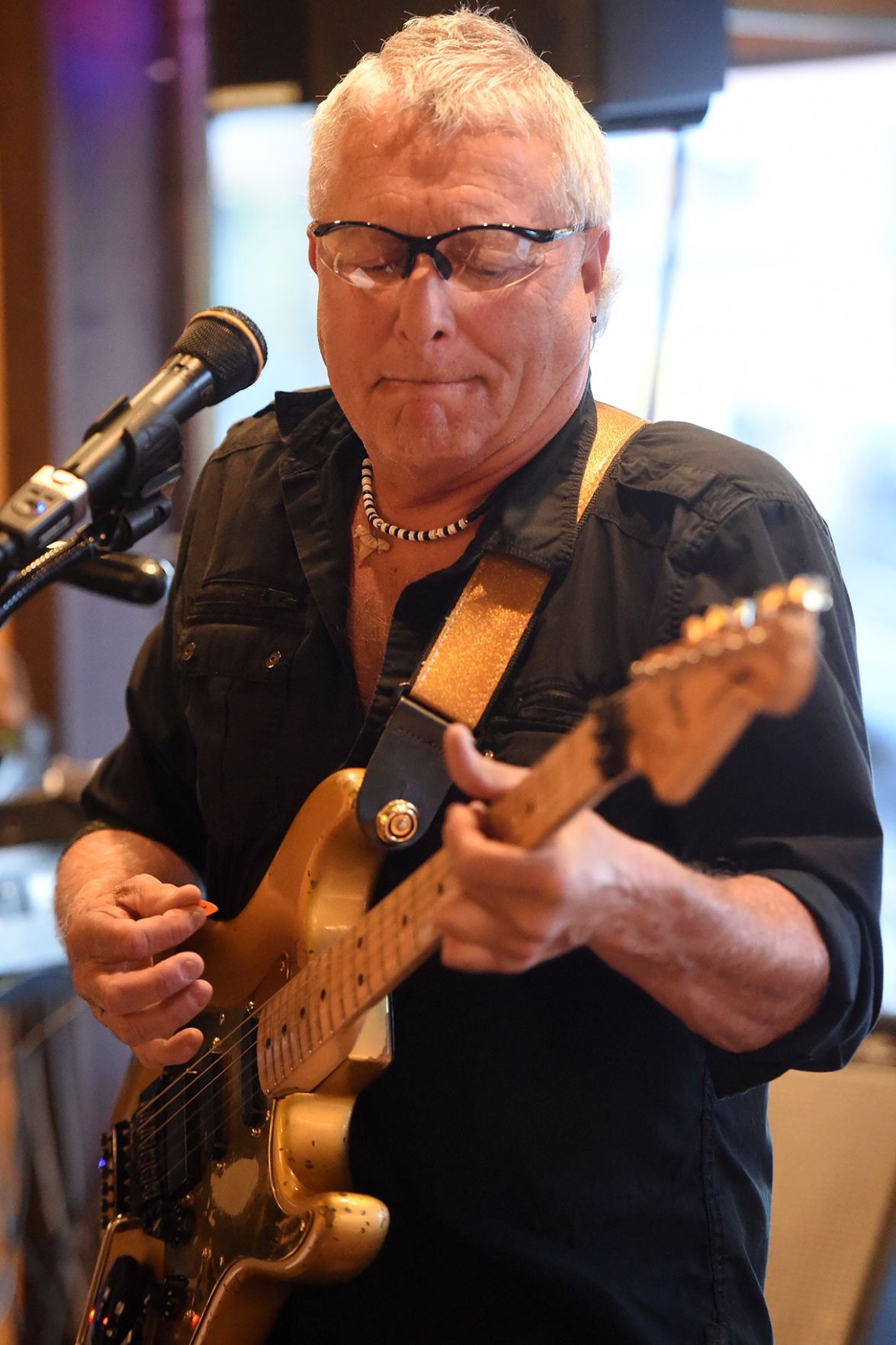 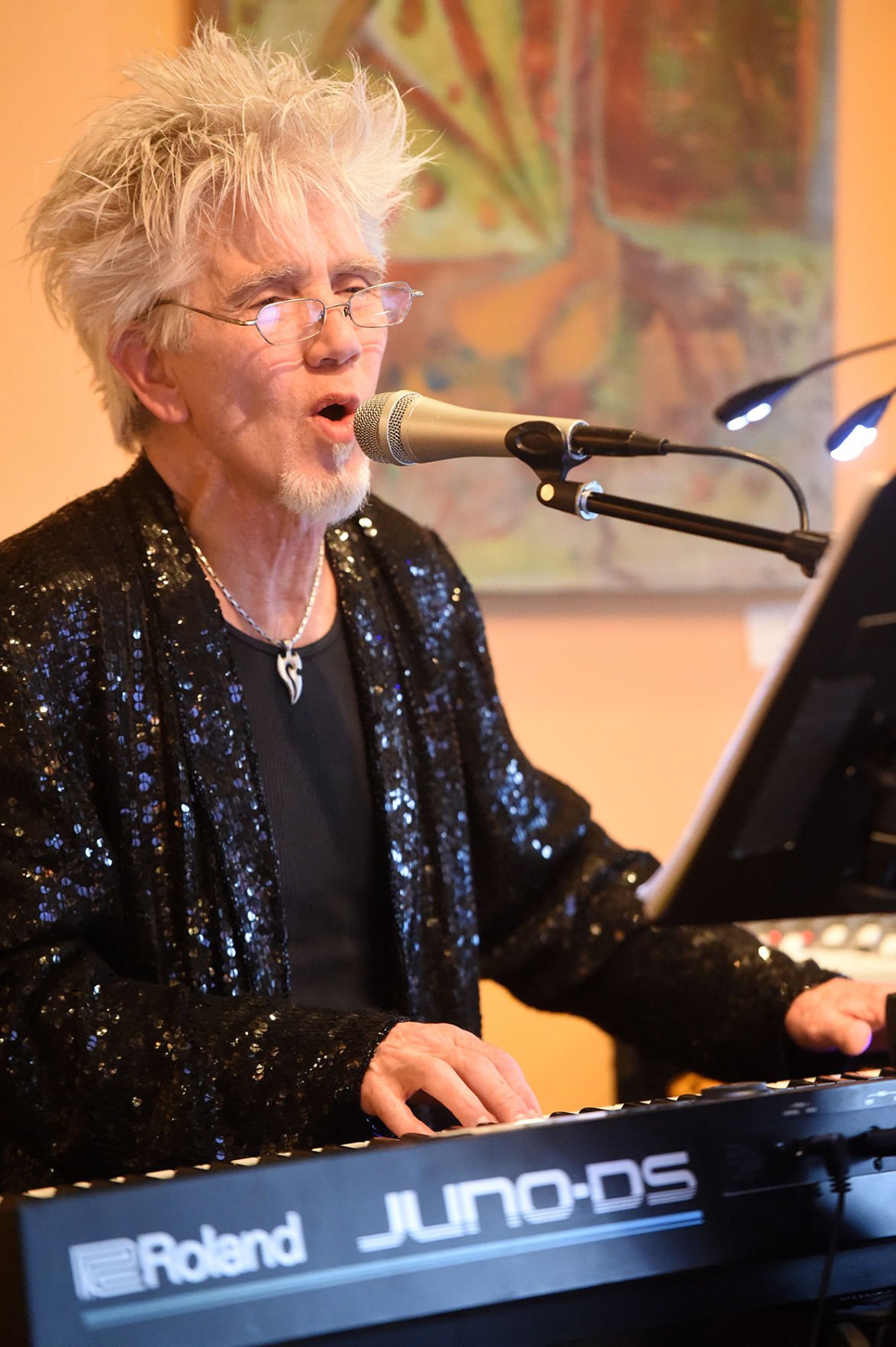 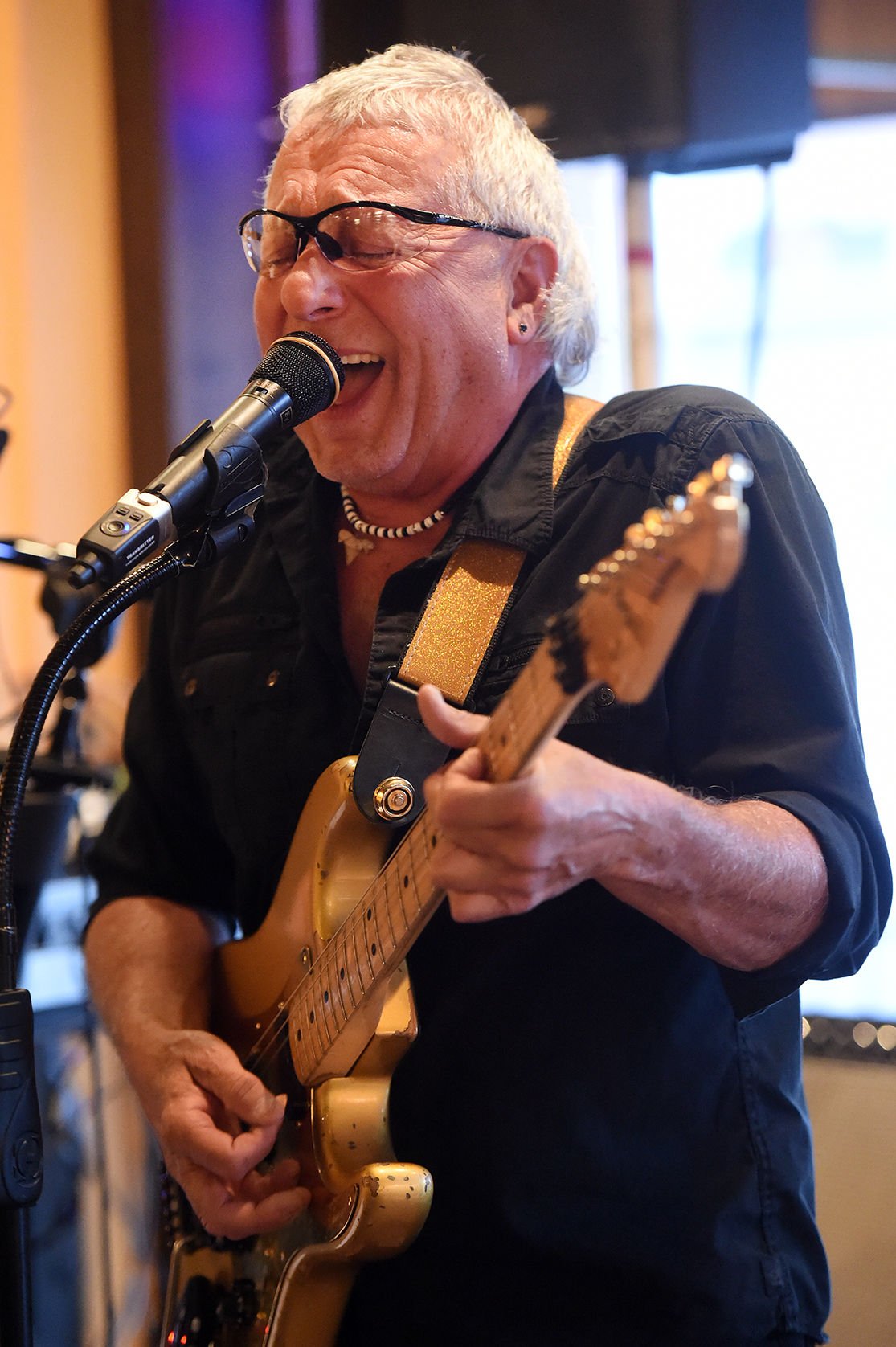 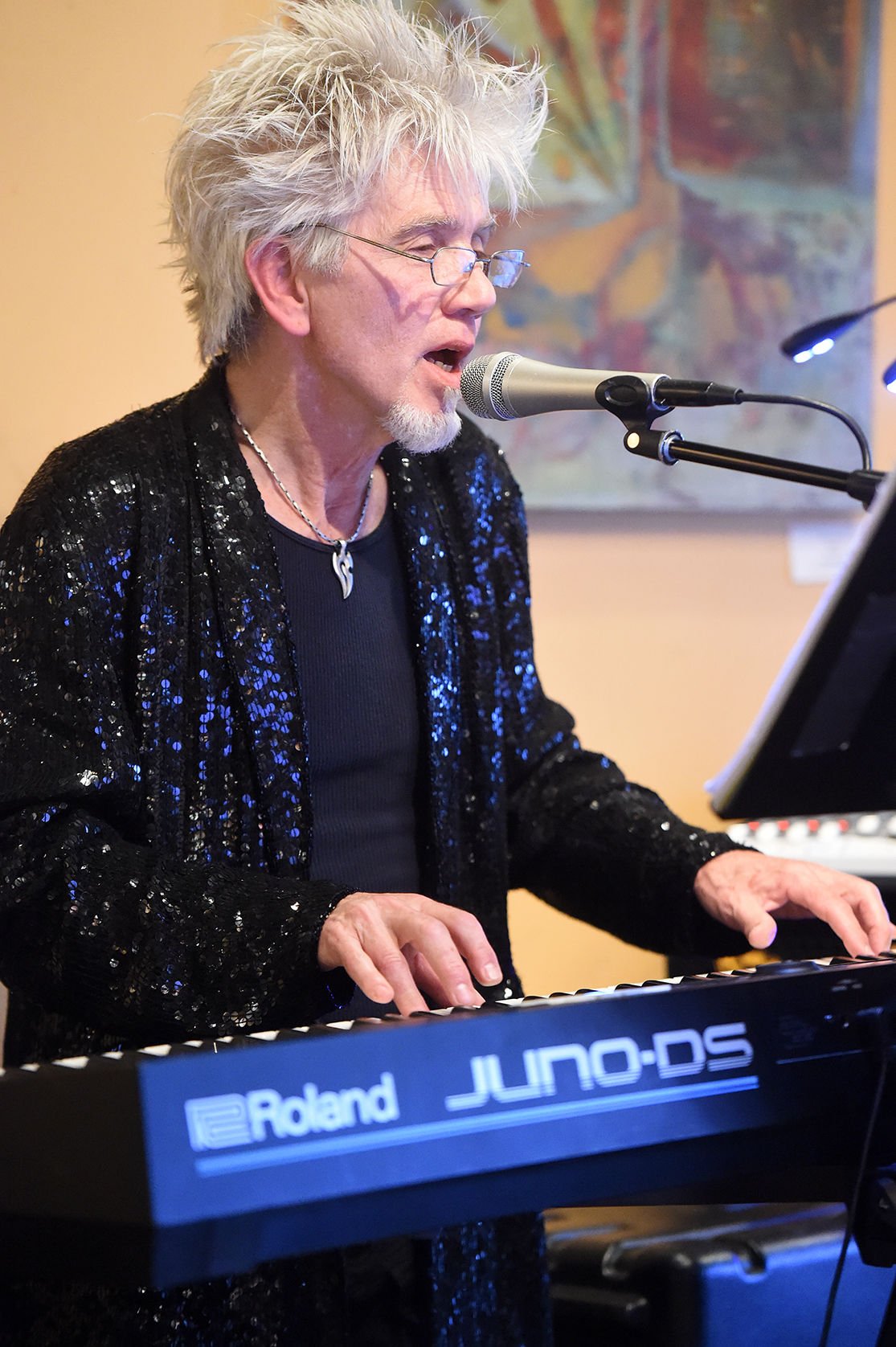 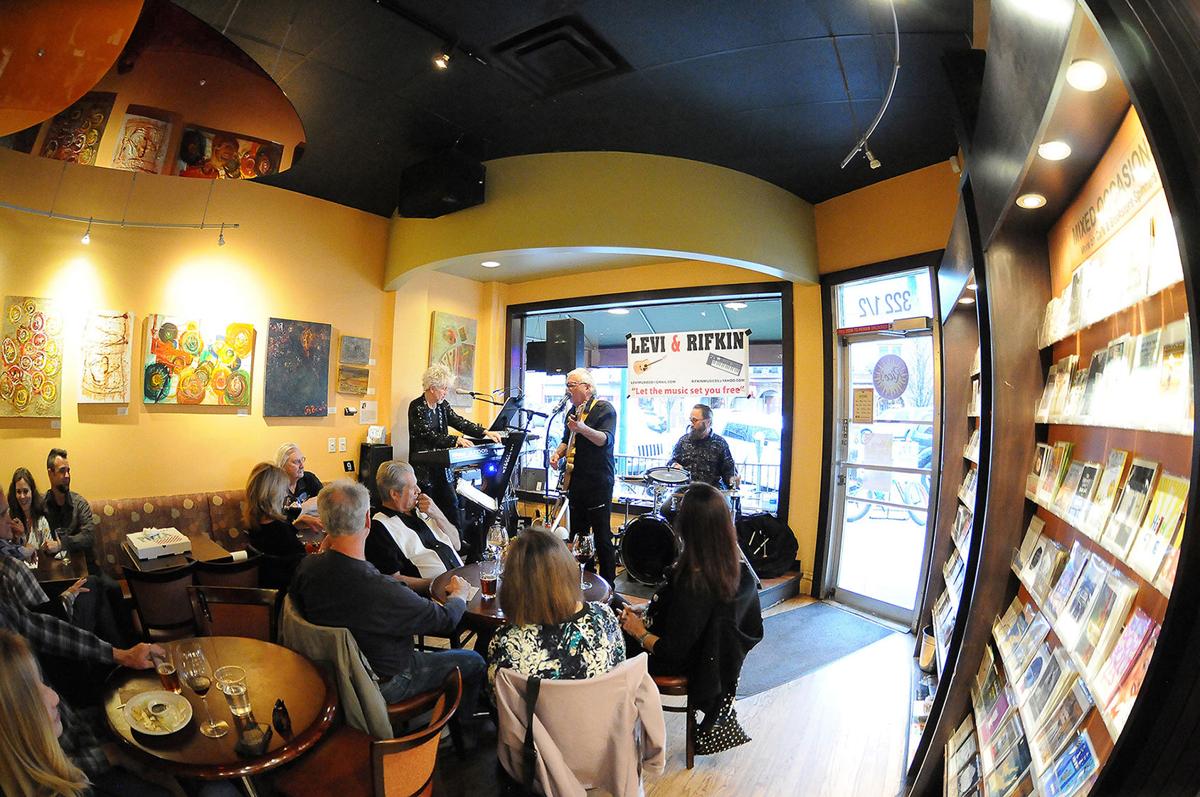 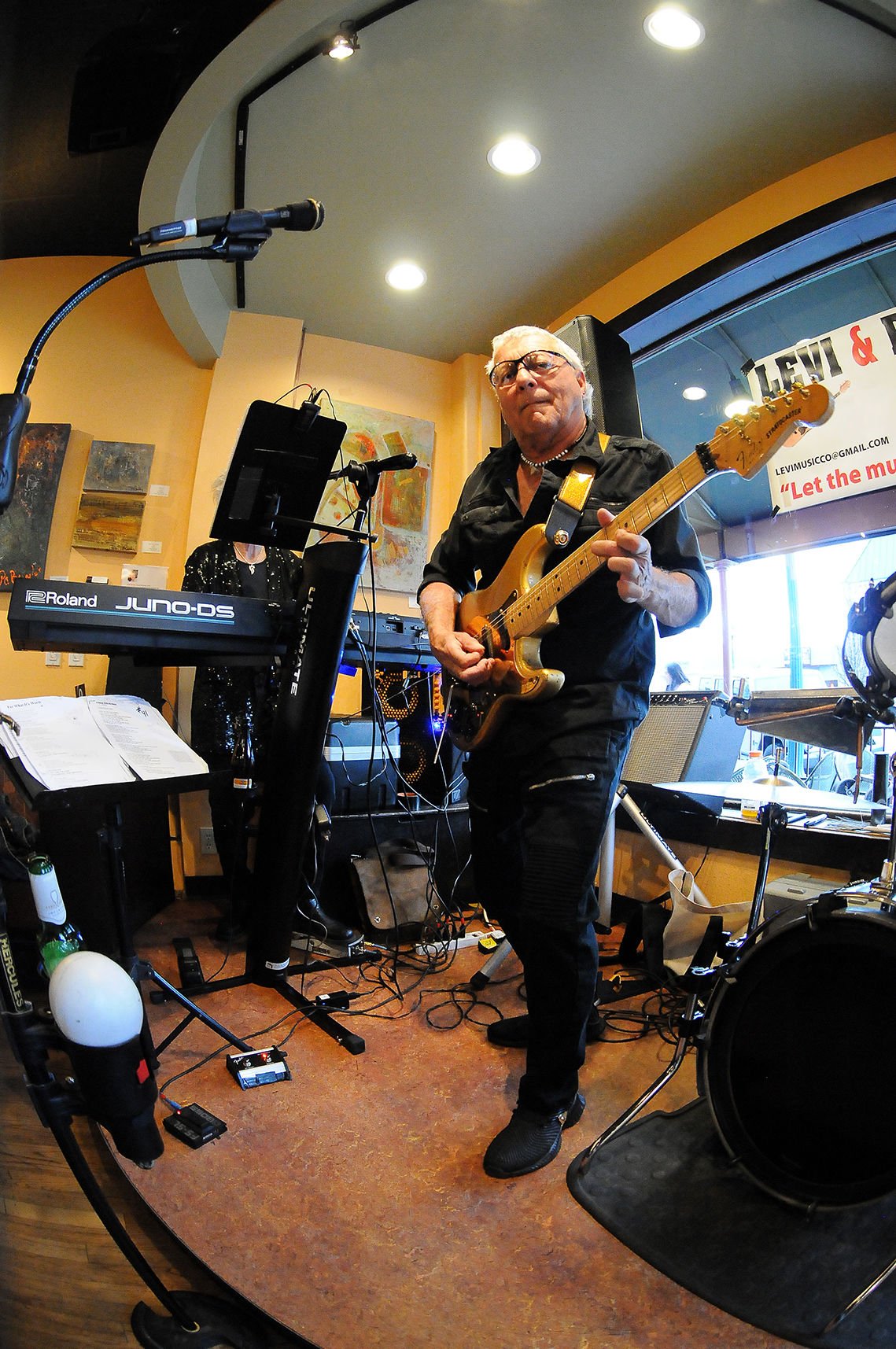 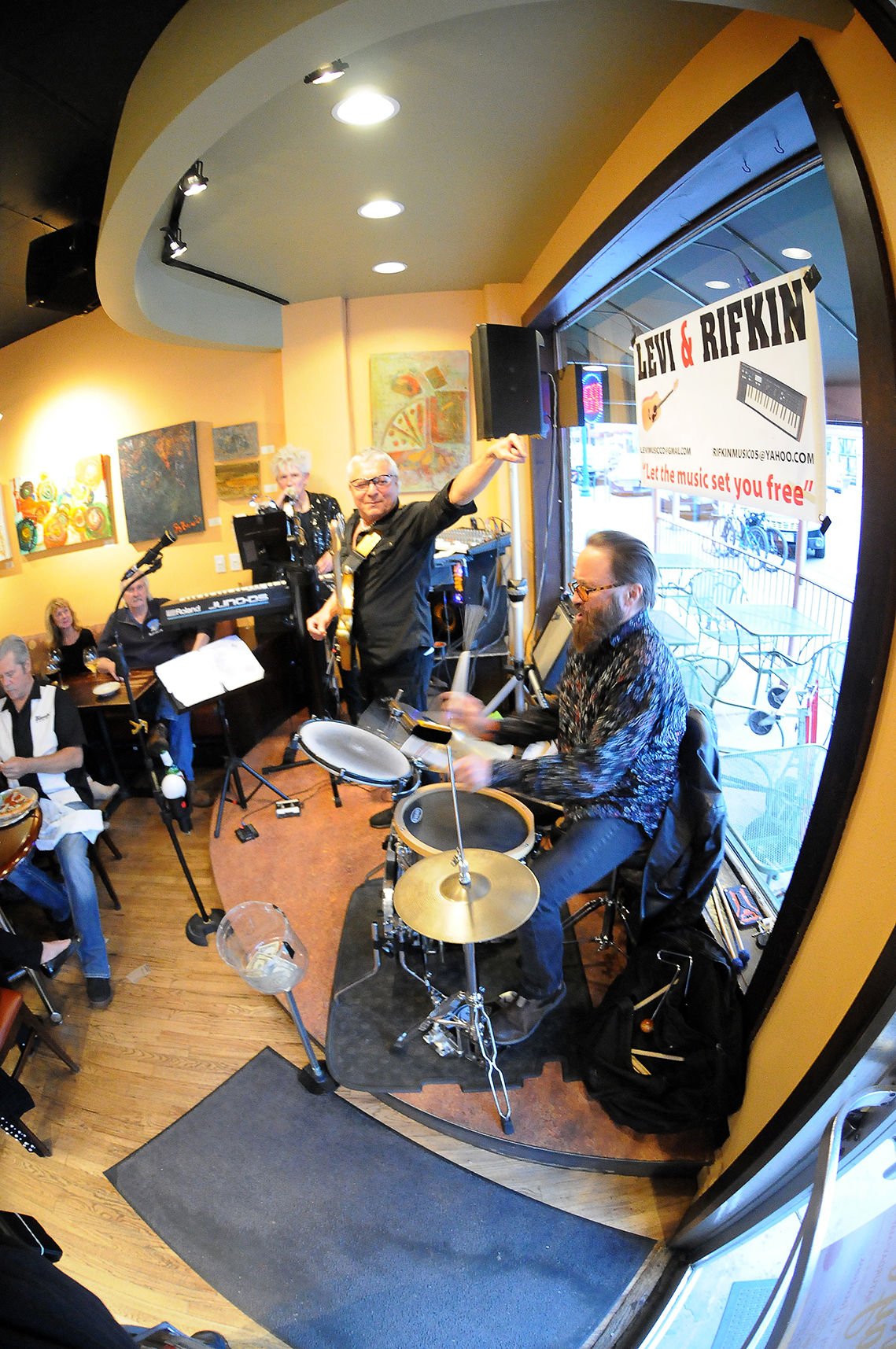 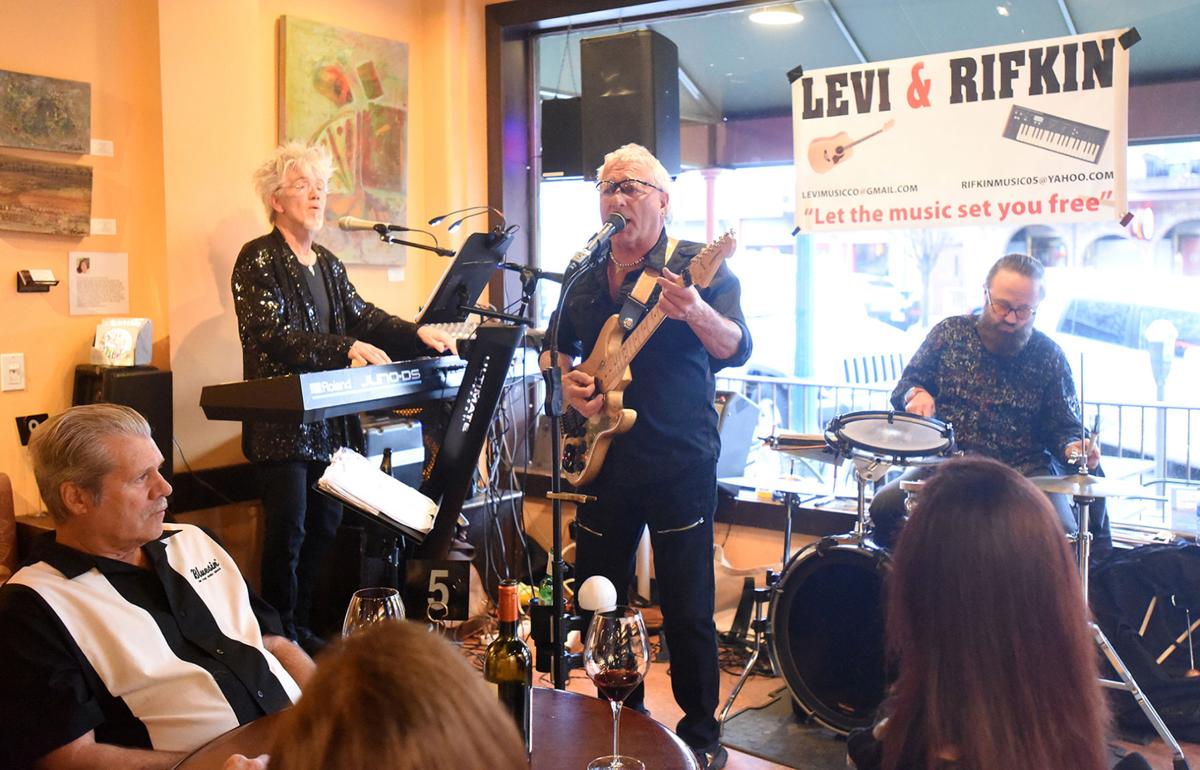 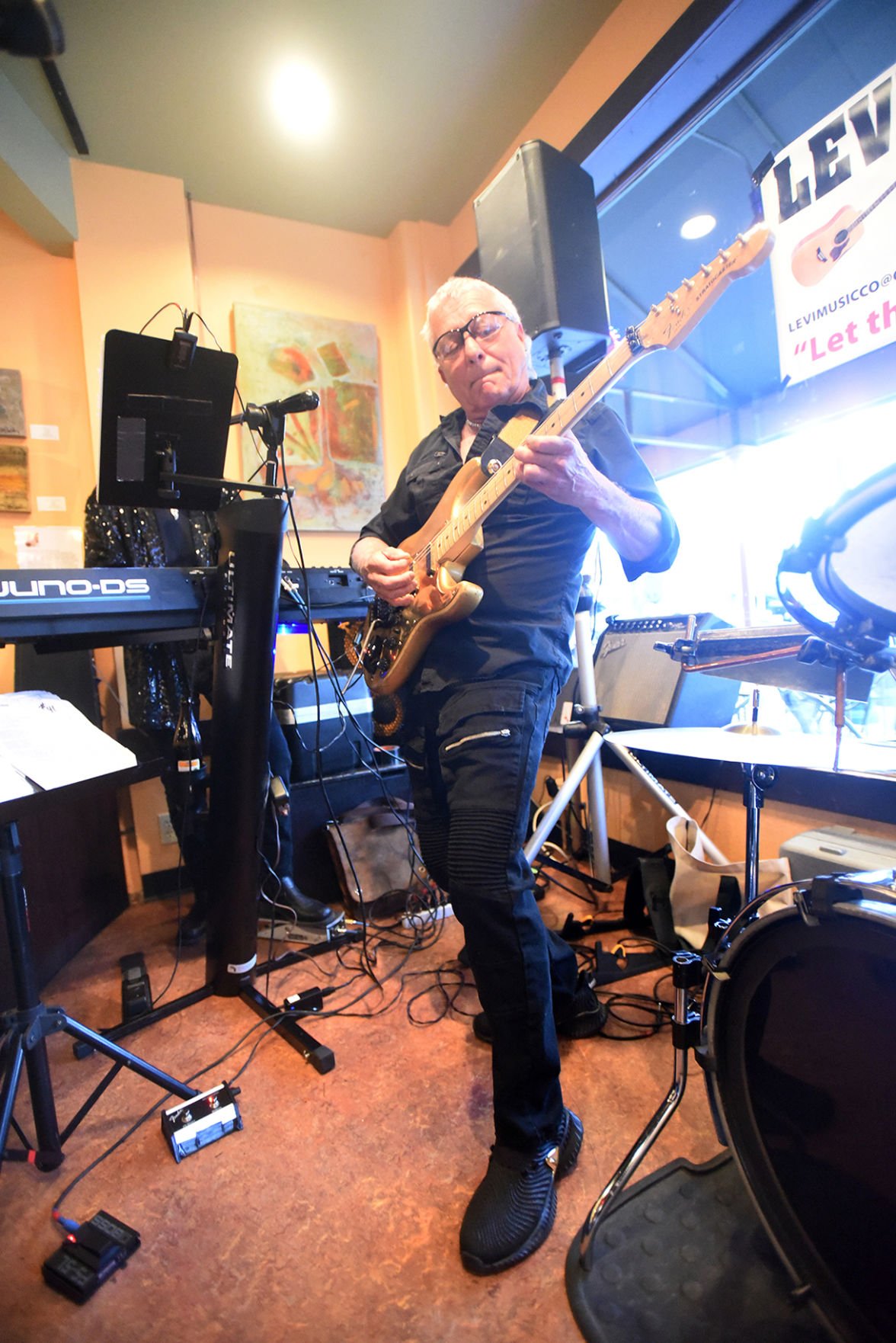 Levi & Rifkin perform at Rico’s Cafe & Wine Bar in May.

Rifkin of Levi & Rifkin was groomed to be a concert pianist at a young age.

This is the latest in a Gazette series profiling Pikes Peak region bands.

Levi & Rifkin, the Colorado Springs-based classic rock/pop duo, has built quite a loyal following in their three years together.

At a recent interview before a regular gig at Rico’s Cafe & Wine Bar, fans kept stopping by to say hi, and bass guitarist/vocalist Levi Maez and music partner Rifkin (who just goes by “Rifkin,” a la Bono or Madonna) greeted each by name and with a smile.

“People like us because we do song after song after song with no breaks. Which is good for our fans, who like to dance,” Maez said. “They have a hard time holding back. It’s a good problem. Some gigs we have to start mellow and then get more crazy as we go.

“We have a crowd that follows us around.”

Maez was playing in a party band at The Broadmoor before he became half of the duo. He was playing solo gigs around town when he noticed a guy who kept coming to his shows and asking to join him on stage on keyboards.

That guy was Rifkin.

“He learned all my songs. So finally I hired him,” Maez said. “Our fans tell me it’s a good thing Rifken didn’t go away.”

Now Levi & Rifkin “keep pretty busy” with local gigs. Rico’s was the first place they played together, and they’ve continued to play there regularly, though the crowd sometimes exceeds the space.

“We can play as a duo or part of a band. As a duo, we actually sound like a band,” Maez said. “We’re pretty booked up for the next six months. I don’t like to book more than six months out. We don’t have to leave town to do gigs. For us, playing in Green Mountain Falls at the Blue Moose or Crystola in Woodland Park is out of town.

“Every year, we’re booking out to the end of the year and just keep on going. But we like to leave a date open here and there for new bookings.”

In addition to bars, they also play at private events such as weddings, corporate functions and barbecues.

Retired from their previous careers — Maez from cellphone sales and Rifkin from performing solo — both men now follow their dream to play music as often as they can. Maez is originally from Pueblo but has called the Springs home for going on four decades. Rifkin is a New York native who “was groomed to be a concert pianist at a young age but got seduced by rock ‘n’ roll,” he said. “Now I’m a balladeer, singing everything from Lionel Richie to Frank Sinatra, Bon Jovi to Bob Seger.”

“We like to work the crowd and take requests,” Rifkin said. “We’ll do contemporary stuff that’s out now, such as ‘Radioactive’ by Imagine Dragons, which makes the young kids perk up, or classics like Sinatra, depending on the crowd. Also, we play original stuff, some classical Beethoven in the style of the Trans-Siberian Orchestra. I like to call it Beethoven on steroids.”

They’ve recorded one live album, which they have for sale at their shows. Look for a new Levi & Rifkin album this fall.

More in Set list : Profiles of bands in the Pikes Peak region (1 of 16)

Set list : Profiles of bands in the Pikes Peak region