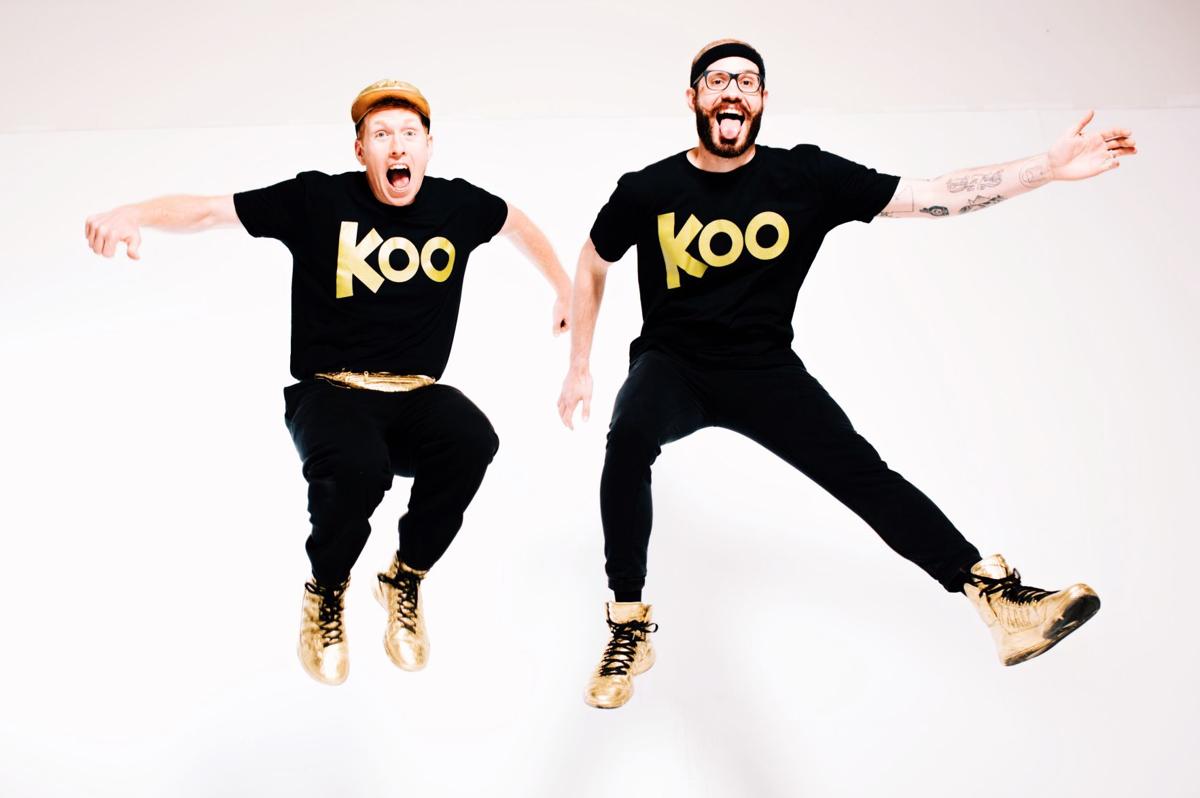 Bryan Atchison and Neil Olstad will invite the all-ages audience to sing and dance to their popular hits, such as “Dinosaur Stomp,” “Awesome Rainbows” and “All I Eat is Pizza,” when they perform at The Black Sheep on Saturday. 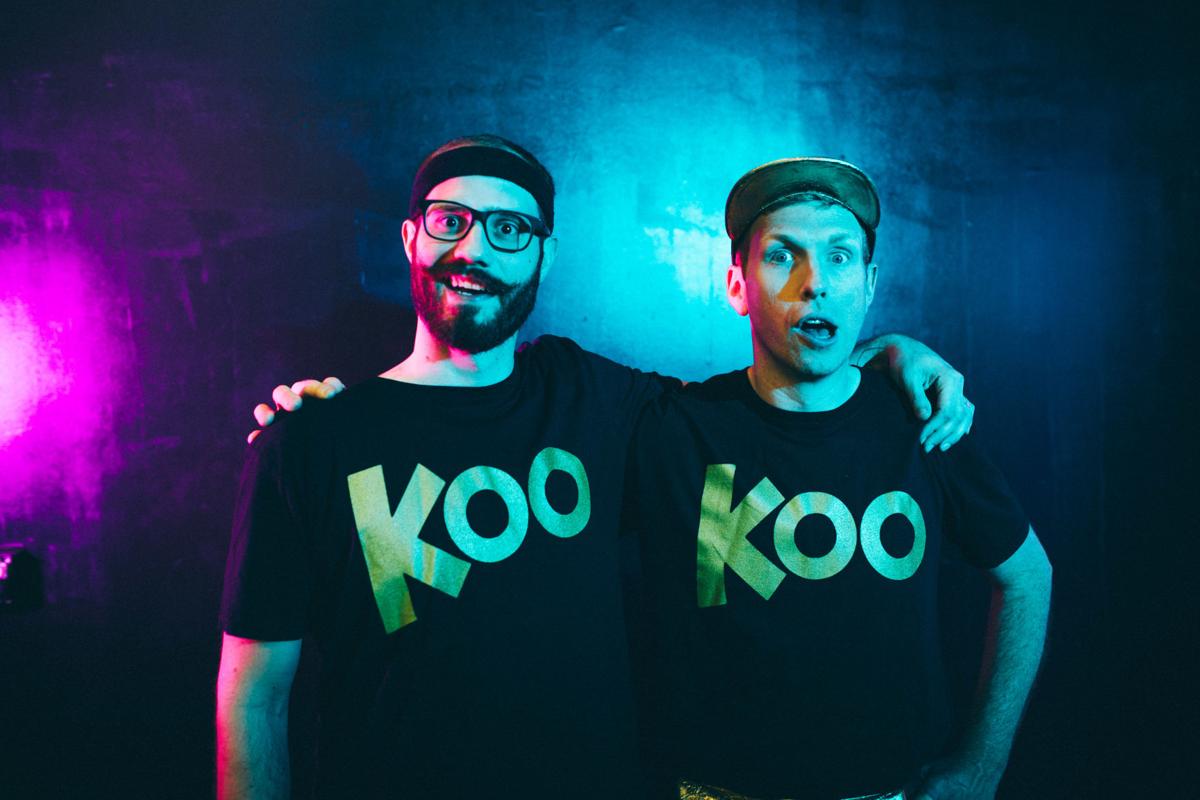 Bryan Atchison and Neil Olstad will invite the all-ages audience to sing and dance to their popular hits, such as “Dinosaur Stomp,” “Awesome Rainbows” and “All I Eat is Pizza,” when they perform at The Black Sheep on Saturday.

As Koo Koo Kanga Roo, a two-man dance party that travels the country preaching the gospel of a good sing-a-long and dance-a-long to audiences of all ages, they believe in the power of silly.

But the duo never intended for their musical careers to wind up here. Their first try? A folk pop band that fell flat. They regrouped and decided to follow their curiosity and their passions. They were also inspired by what they didn’t like at live shows, including “guitar solos and pompousness,” said Atchison by phone from his and Olstad’s hometown of Minneapolis, Minn.

“I don’t like when bands come and don’t talk to the audience or even say hi,” he said, “or the only way a crowd can do a big sing-a-long is at a big arena show or when everyone knows the hit singles. We took all those things and distilled them down and what would work for our ADHD (attention deficit hyperactivity disorder) brains. We tried to pack it out with gimmicks and sing-a-longs, and keep it moving.”

They blended Olstad’s love of punk and hip hop with Atchison’s fervor for musicals and Top 40 hits, and wound up with simple, catchy, ridiculous songs, such as “Dinosaur Stomp,” “Awesome Rainbows,” “All I Eat is Pizza” and “I Like Cake.” They paired each ditty with a doable by anybody dance move, and had themselves the niche band they never dreamed of: an interactive group beloved by kids and adults alike. They’ll perform a family-friendly show Saturday at The Black Sheep.

“We definitely didn’t think we would be a kids band, but everything that’s happened, we say yes to,” Atchison said. “We just roll with it. We made it to be different, to stand out in the first place. We went camp counselor-clean, kept at it and people had us play their kids birthday parties.”

16 things to do around Colorado Springs this weekend

That was back in 2006. Now the guys have a devoted following and a popular YouTube channel that’s been streamed more than 200 million times. They’ve opened for The Aquabats!, Reel Big Fish and Yo Gabba Gabba Live, and and performed on the Vans Warped Tour. They also do shows in bars, schools, colleges and nursing homes.

Every month and a half they release a new single. “Glitter,” which delves into the pros and cons of actual glitter, arrived in September. “Hot Sauce” was November’s tune, and they’ve got one about air guitars on tap for spring.

A show is pretty bare bones: Atchison, Olstad and an iPod. The less stuff, the better; it provides more space to dance. And don’t show up to their show without your dancing shoes. They want active participation from the crowd. That means singing, dancing and whatever else makes you joyful.

Atchison pauses for thought when asked why he and Olstad’s dance band has risen to the top.

“The simplicity of it and that we don’t take ourselves too seriously, but we’re serious about being silly,” he said. “We’re not preaching anything, but we are preaching that you should be a little weirder.”

Events on stage from Thursday through Wednesday in Colorado Springs and Denver.