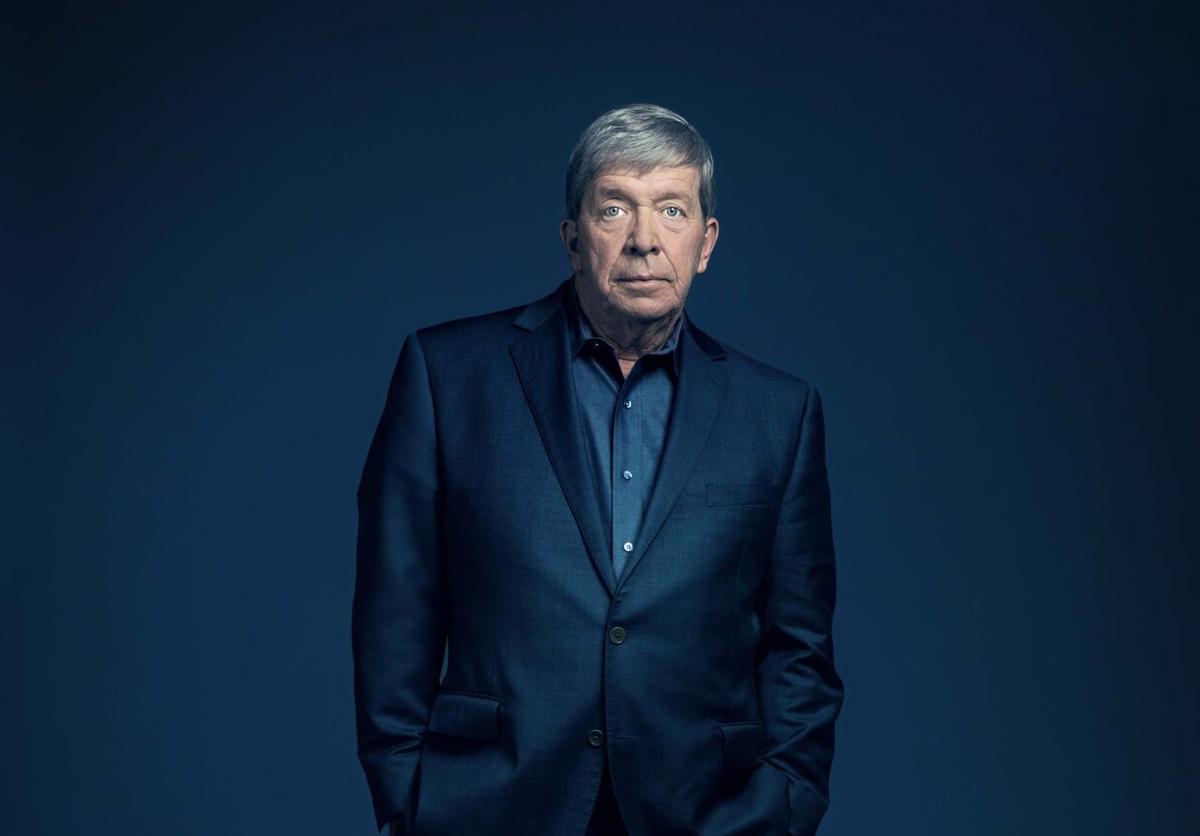 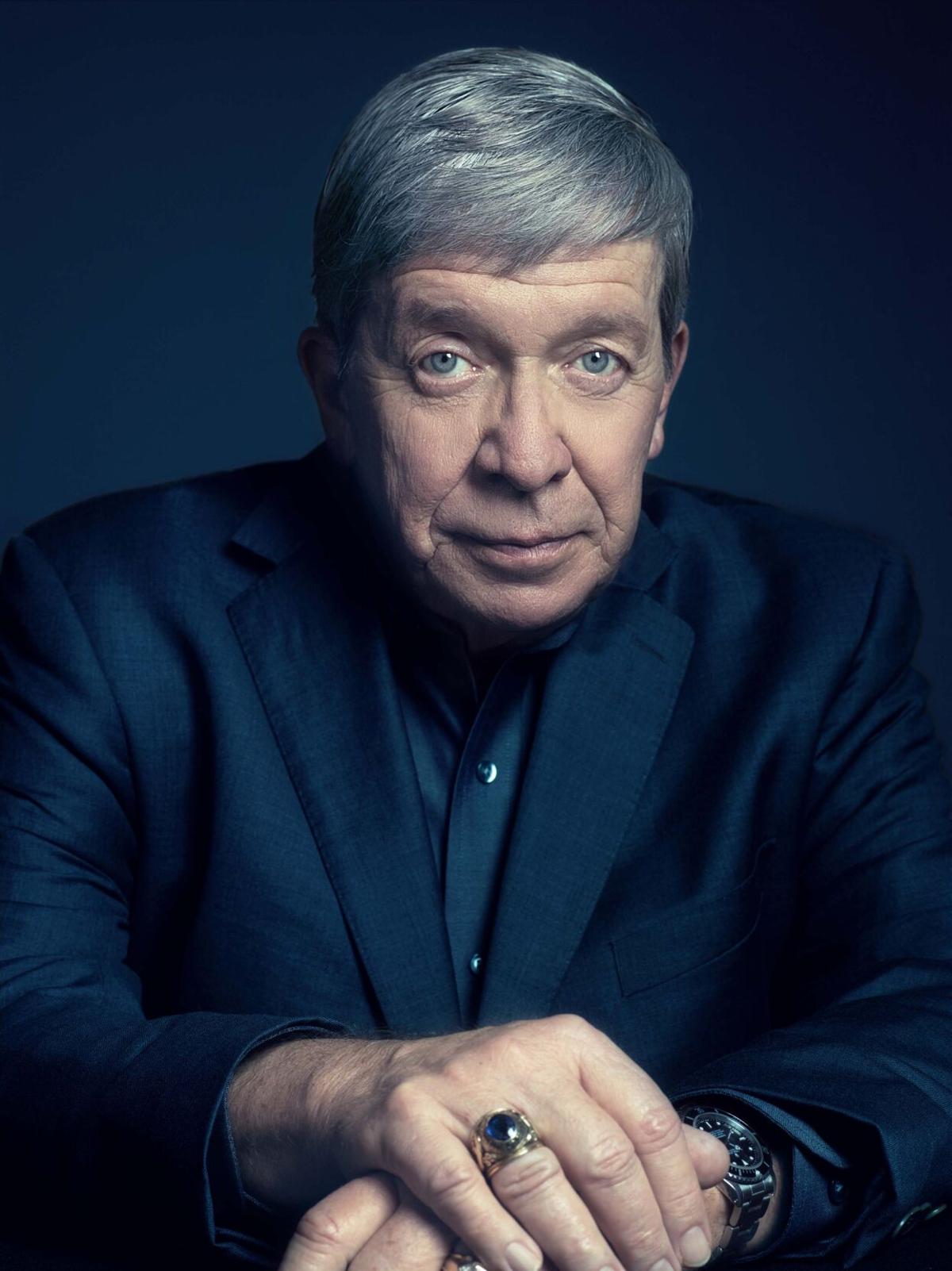 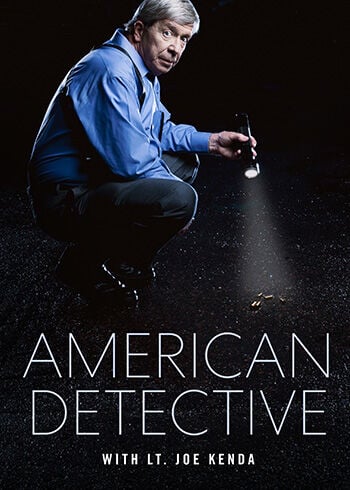 My, my, my … Joe Kenda is back. Colorado Springs' most famous police officer is returning to the airwaves with a new TV series, this time on a brand-new streaming service.

“American Detective with Lt. Joe Kenda” debuts Monday and is one of the launch programs for Discovery+. The new program premieres almost a year after “Homicide Hunter” finished its nine-year run.

Set in Colorado Springs, “Homicide Hunter” featured Kenda discussing cases from his 19 years as a homicide detective. The program became a smashing success, airing in 183 countries. The series also turned Kenda, who was retired and driving a school bus for special-needs children before Hollywood came calling, into an international celebrity.

Fans of “Homicide Hunter” will feel right at home with “American Detective,” although the format is markedly different. In his new series, Kenda trades in his own case files to bring viewers investigations from across the country. Each episode features different homicide detectives and focuses on their efforts to put a killer behind bars.

In a recent phone call, Kenda discussed his new program, the coronavirus pandemic and why criminals are morons.

Question: When did you last live in Colorado Springs?

Answer: I live in Virginia. We moved out of Colorado Springs in 2014. And we did that because my son is in the U.S. Navy and he's a nuclear engineer and was a commander in the Navy at the time\ when we moved. And he said, "Dad, when I retire in a few years, I'm not going to be able to come home, because there's no Navy in Colorado and my post-military employment is going to be with them as a civilian" because he's a submarine officer and that sort of thing. So I said, “OK, if you can't come home, then we'll come to you." I didn't want to have his mother 2,200 miles away from him if I dropped dead, and women tend to outlive men. So we moved. At the end of the day, go where the blood is.

Q: Let’s talk about your new show. I watched the first two episodes, really enjoyed it.

A: Well, we worked real hard on it, Terry, we did. We wanted to present it as well as we possibly could, and we selected cases that had very little press coverage at the time they occurred. Aside from the local areas, the national press never picked up on any of those. So as a result, these are totally new to anyone who watches them, because they most likely never heard of them. And it adds the little edge to it that it really is a mystery.

Q: What does it feel like to be one of the flagship shows of a new streaming service? That's kind of going from being a homicide detective to an international TV star. What is that like?

A: It’s absolutely totally bizarre. I would have never expected, and even to this day, I'm surprised by it. I just can't believe it. It's like, "Excuse me, you want my? Why do you want my autograph?" To me it's just weird. And it's weird to my wife as well. She used to get annoyed by it because women would come up to me a lot and they're rather amorous when they do. And Kathy finally figured it out that, I said, "It's got nothing to do with me. People believe I'm a ticket to ride, take me to Hollywood, give me a ride in a private jet. And that's all it is. It's nothing to do with me." So then she calmed down about it and stopped getting angry.

Q: Did the pandemic have any impact on the production of the show?

A: Oh, absolutely. I was pretty well done with my portion of it by the time the pandemic really kicked into gear. We were flying, Kathy and I were flying back from Knoxville, Tenn, where those are filmed. My part is filmed there. And it was March the 6th of this past year. We're in the Atlanta airport with 100,000 people in the Atlanta airport, and a lot of them are coughing and hacking and sneezing. And we were aware of the COVID-19. And I told Kathy, I said, "When we go home, we should self-quarantine. We don't have any clue where these people are from or where they've been, or anywhere." So we do that. We come home March the 6th and we get to the house. And within a week, the governor of the state of Virginia locked up the state.

So we've been ultimately here since March the 6th, out here in the woods. I live on 22 acres, out in a rural part of Virginia. And when they filmed the reenactments, it was just a nightmare. They had to get a COVID compliance officer on the set. They had to have PPE. They had to have masks. They had to have social distancing. They had to have it all. And on a few commercials I've made for the new show, filming them, the same thing. It's a bizarre situation. Everybody is 10 feet away. Everybody is wearing a mask. Everybody is wearing a face shield. It's crazy. But it's just the reality of the circumstances in which we find ourselves. This is a very serious disease, and whether people believe it or not is immaterial. Some of those who didn't think it was not serious are, today, deceased. So, whatever. But yeah, it was very difficult to do this, very difficult. We got it done, but it wasn't easy, which is why it took so long. It delayed everything dramatically.

Q: There's some similarities between “Homicide Hunter” and “American Detective,” but since you're not going through your own cases, how do you prepare for an episode?

A: What I do is I talk to the detectives by phone. We would do it in person had it not been for COVID, but it's over the phone. And then they send me their reports and their evidence and their crime scene photos. They send everything to me. So I review that case from page one to page last, to determine the flow and how it all works and so on. Now, homicide, as you know, is a very complicated business. If we presented a case, one murder case, the way it actually progresses, the show would last for 10 weeks and nobody would watch it, because it would drive you crazy. So you select the highlights of that case, because you've got to compress it into one hour of TV. And it's not everything, but it's the important things are what's in there.

The other thing I like about the show, and I insisted on it when they started, is there was no parts to it. Our story has a beginning, a middle and an end. In one hour you see what happened, rather than the common thread today is we have the beginning of the story, and the middle, and more of the middle, and more of the middle, and people get bored with it, I think. Let's just tell a story here. And it's been my experience, and I think humans are that way, we've gathered around the fire for thousands of years. And if somebody said to you, "Tell me a story" and you told it well, they'd ask you to tell another. And that's all this is, it's storytelling.

Q: You've mentioned on both this new series and “Homicide Hunter” that criminals rarely outsmart police. And in the first two episodes that I've watched, you got a couple of heinous crimes and they're really pulled off poorly.

It's remarkable to me that there are no Hollywood criminals out there that wear Armani suits and are really clever guys. No. They don't exist. And there's no conspiracies out there either. You know why? If three people know a secret, they can keep it if two of them are dead. That's the reality. And that's why conspiracies don't exist. People can't keep their mouths shut. They cannot. And I am an eye witness.

That's why it amuses me every time I hear about a conspiracy on the news. Oh please, please. There is no such thing. Even partners in a criminal event will roll over on each other for a deal. There is no loyalty among bad guys.

Q: What you just said made me think of “The Wire,” one of my favorite TV shows. Do you have a favorite police series?

A: I like the one you just mentioned, I like “The Wire,” I thought it was really well done. But I generally don't watch those any more than you watch programs about reporters. It's what you do, so you tend not to be entertained by what you do for work. My wife was very interested in “CSI” when it first came out and it was a big deal. It was well done, it had great music, all that sort of thing. And everybody has a flashlight, and they have blue glass everywhere. It's really very cool. So she said, "I want you to watch this for me and tell me if it's realistic." I said, "OK." So I sit down, and we watched an episode for an hour. She said, "So how is it?" I said, "It's 100% nonsense, dear. It's entertainment. It's not reality. Those tests they have don't even exist. The machines they have don't exist either." "What?" And then she didn't talk to me for two weeks. Well, OK, sorry.

Oh what a tangled web we weave when first we confess to a murder and place it in a window trim of a house we're building in 1899.