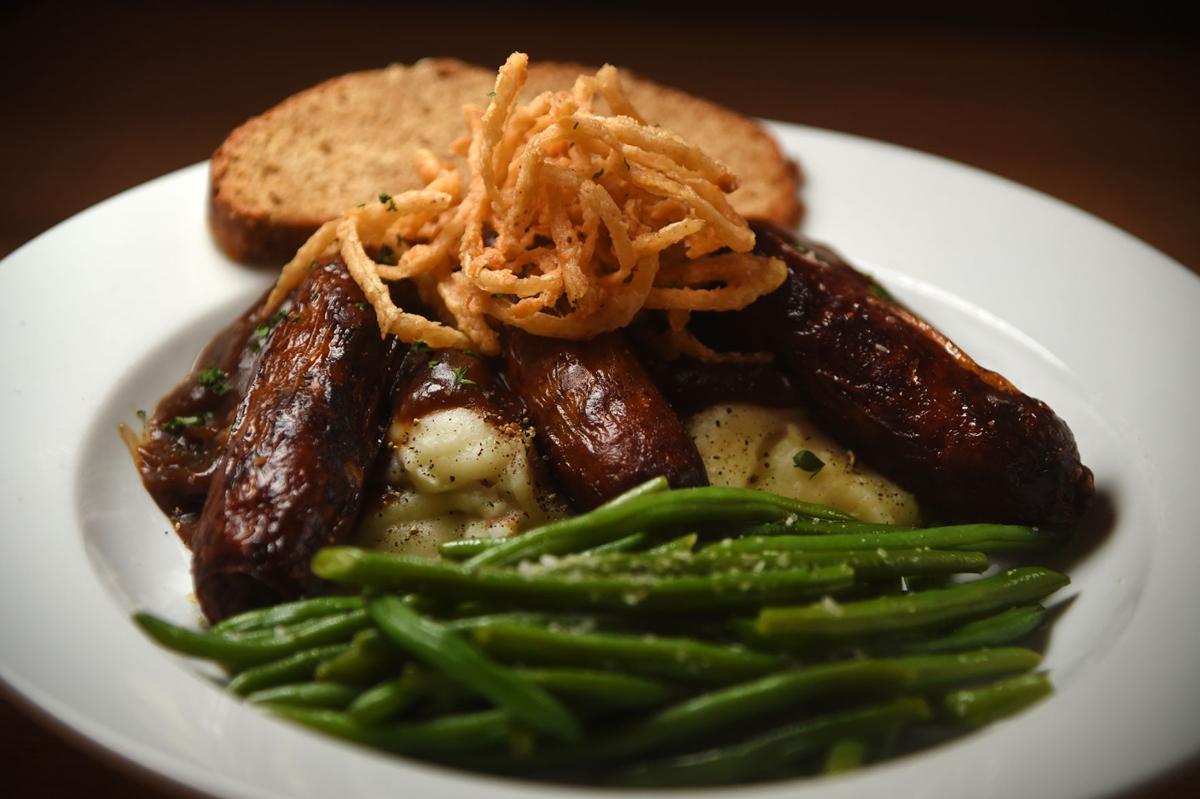 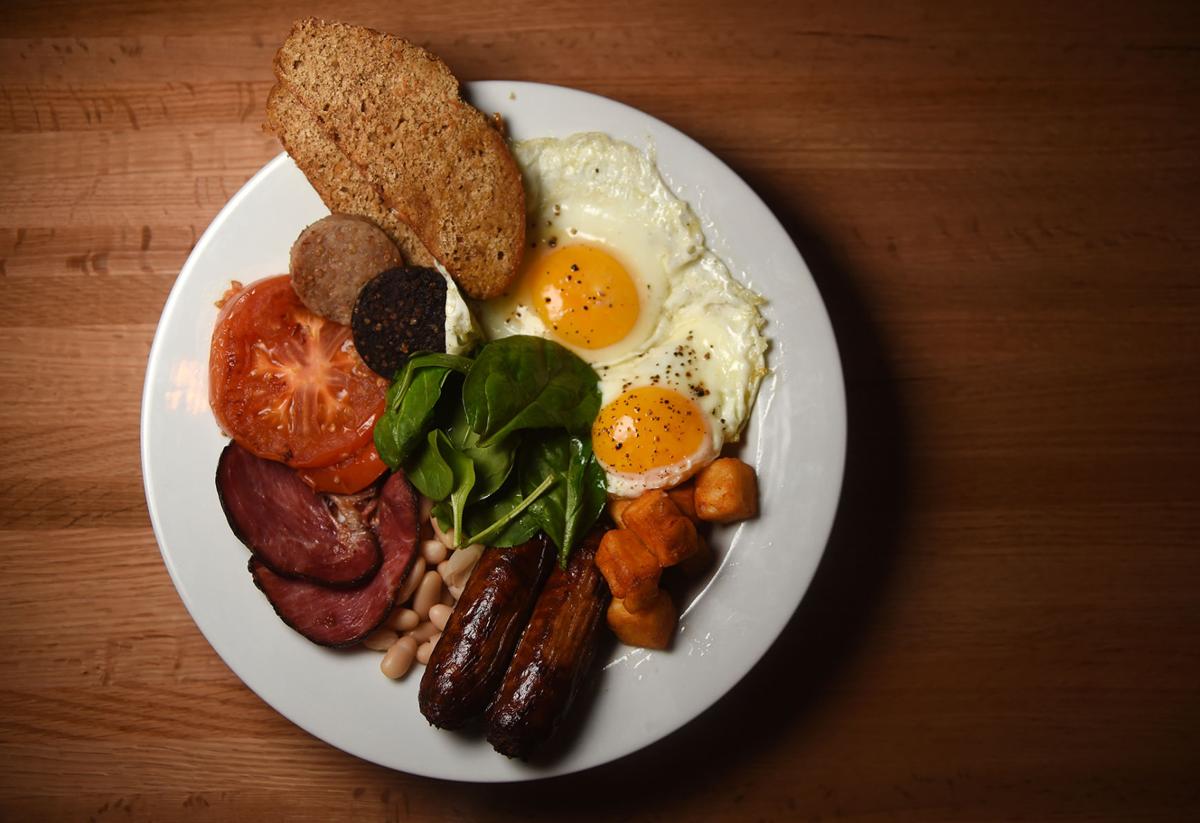 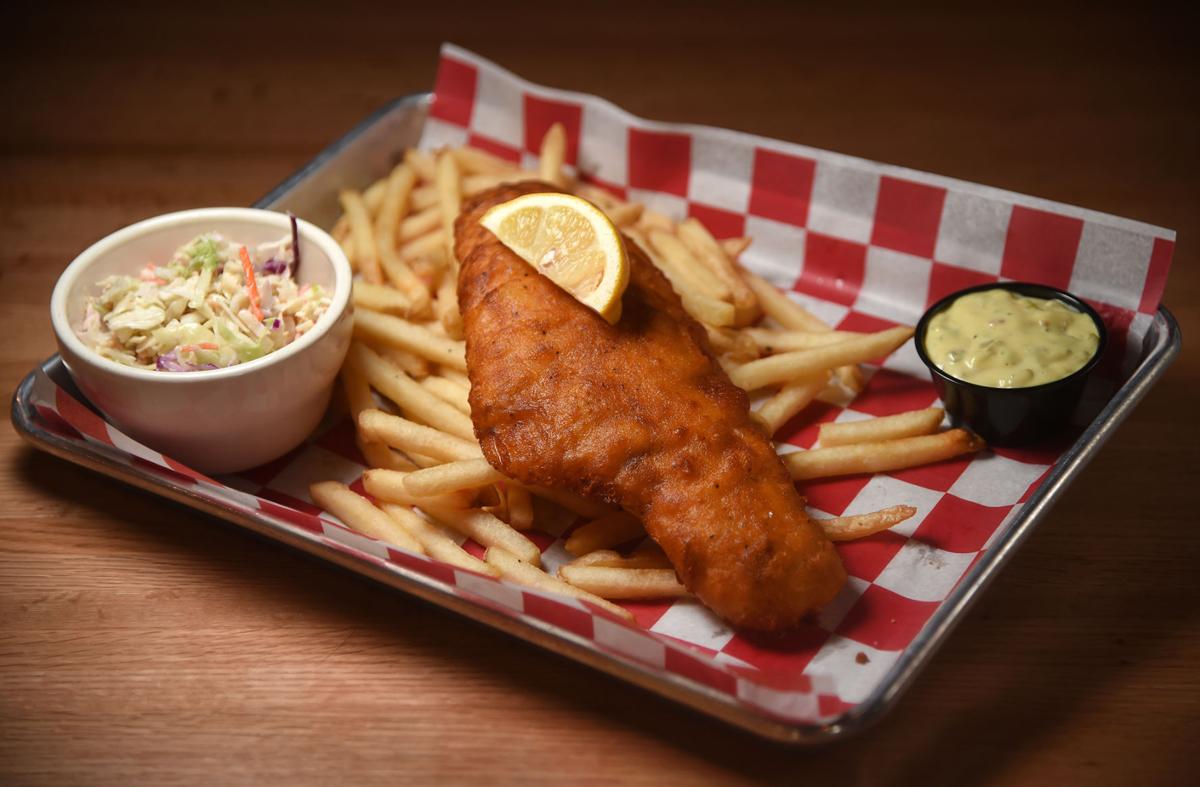 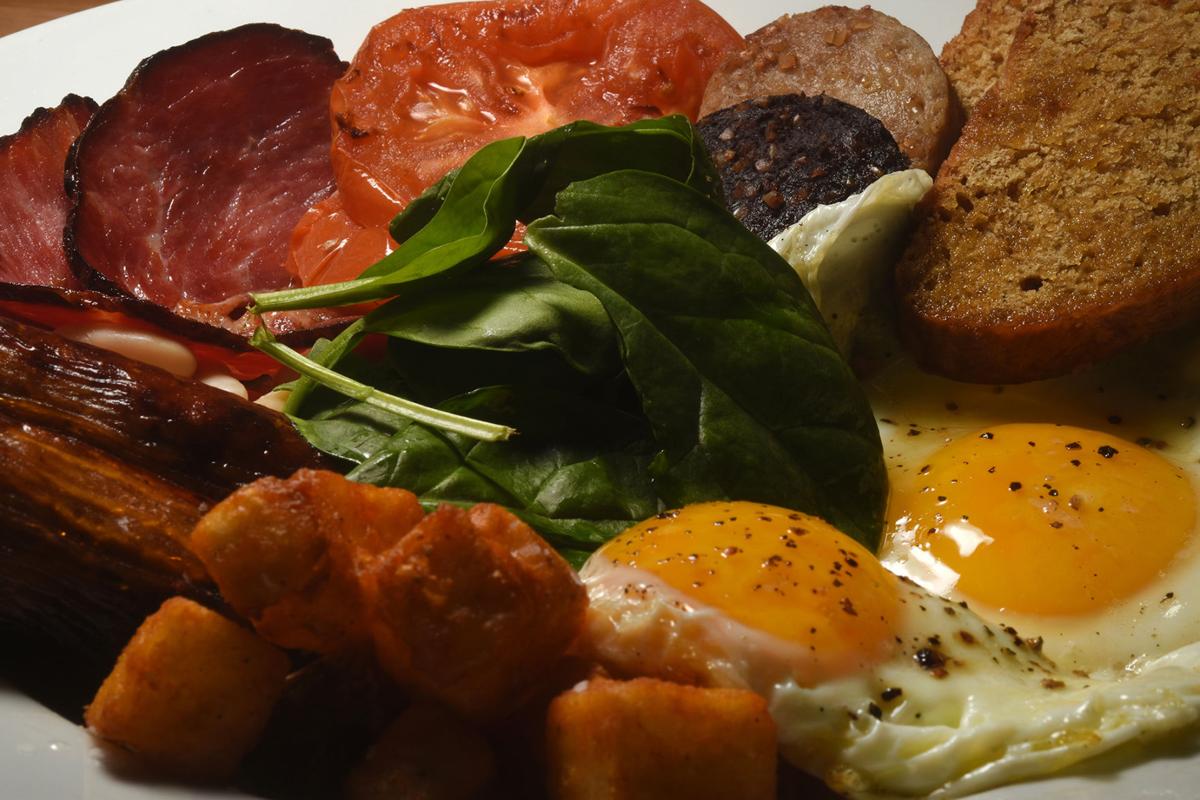 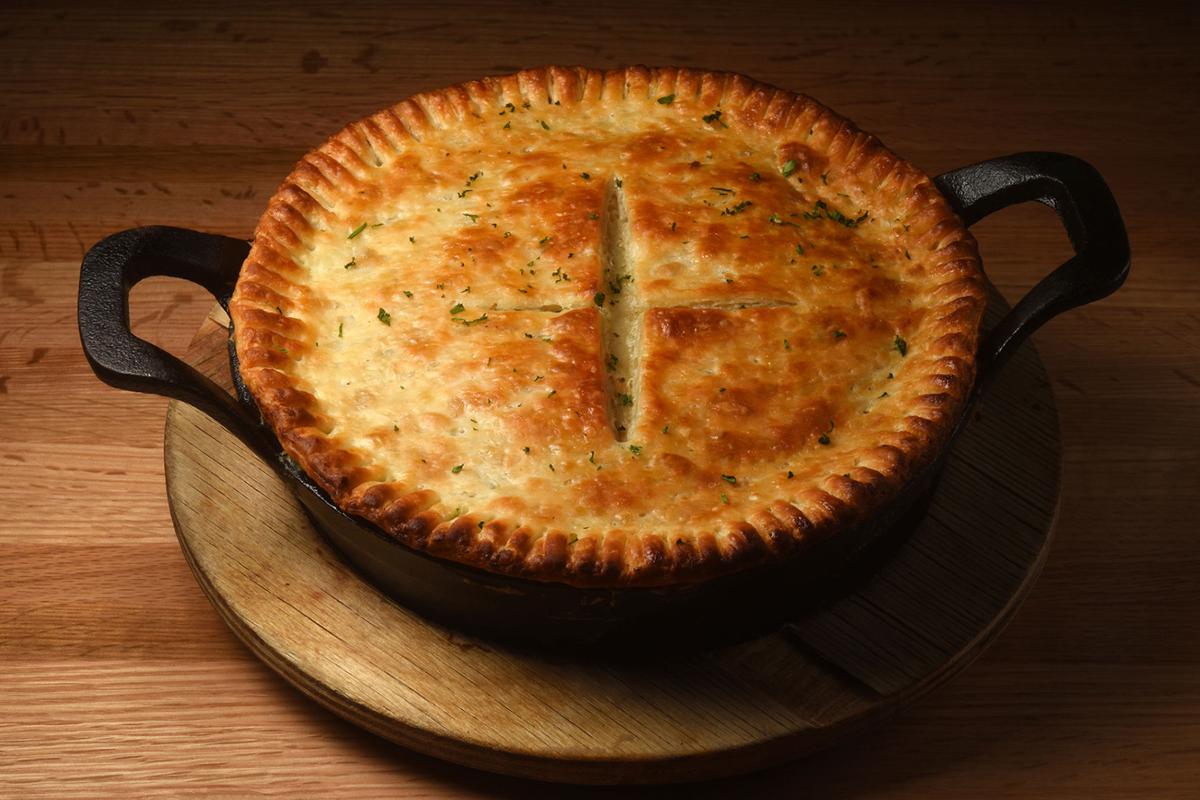 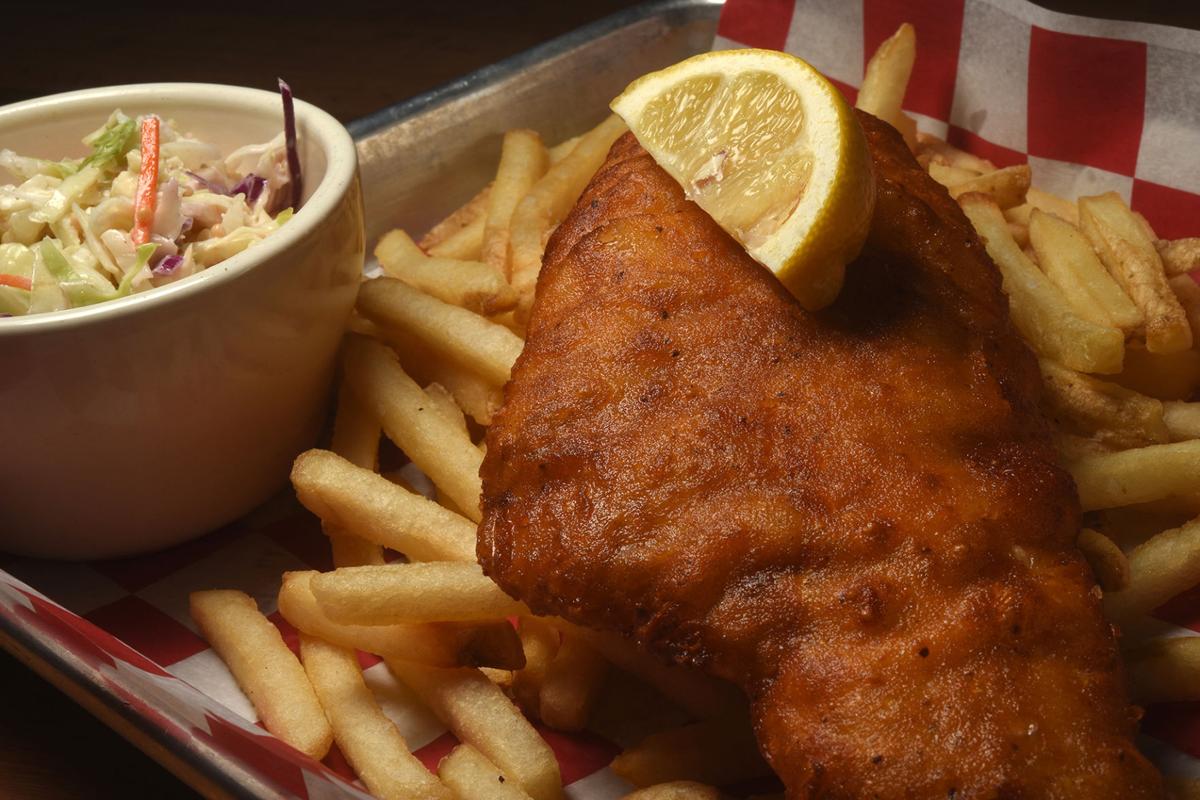 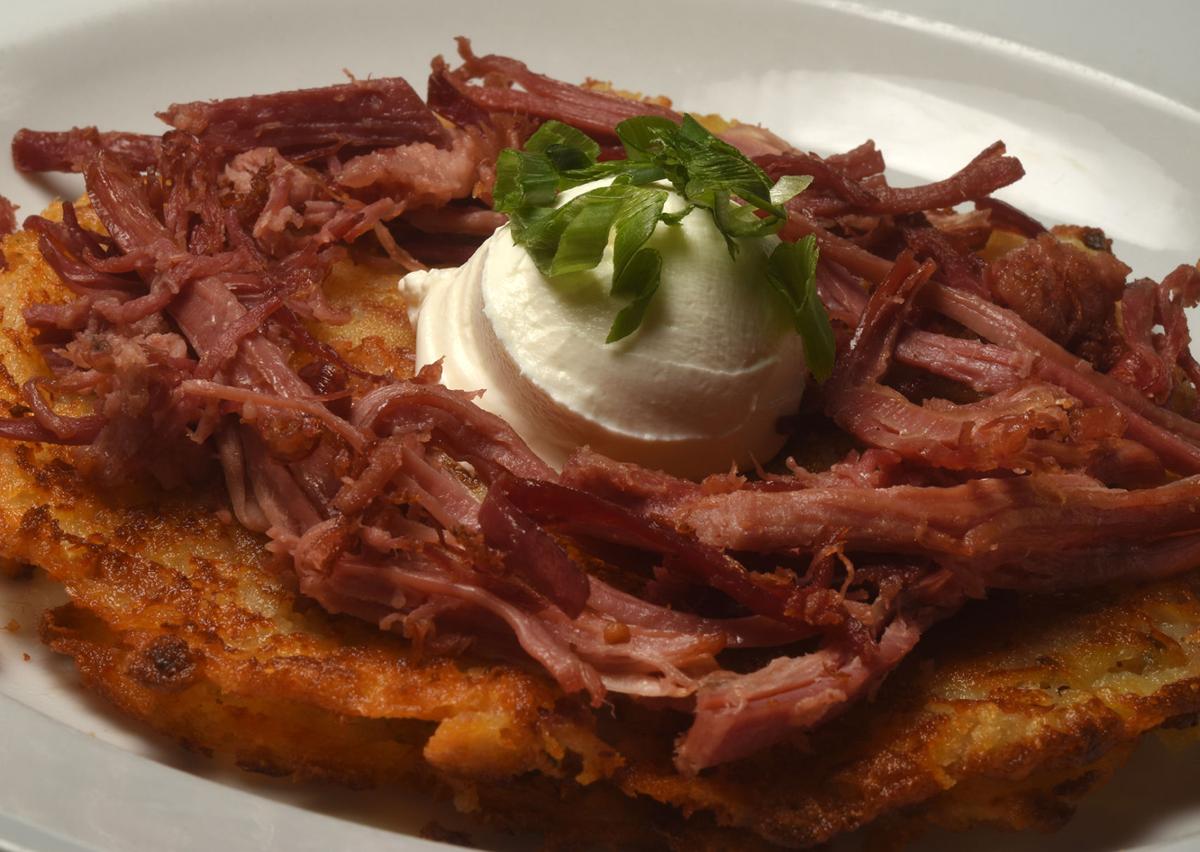 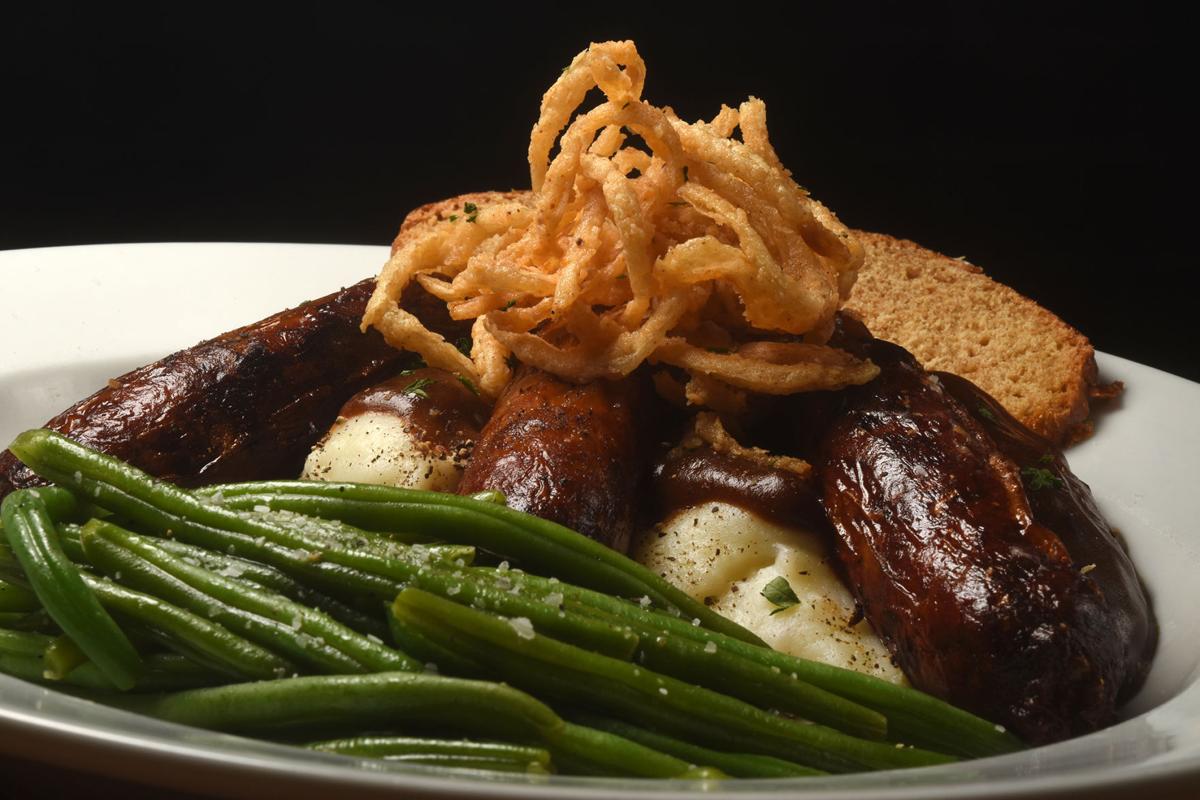 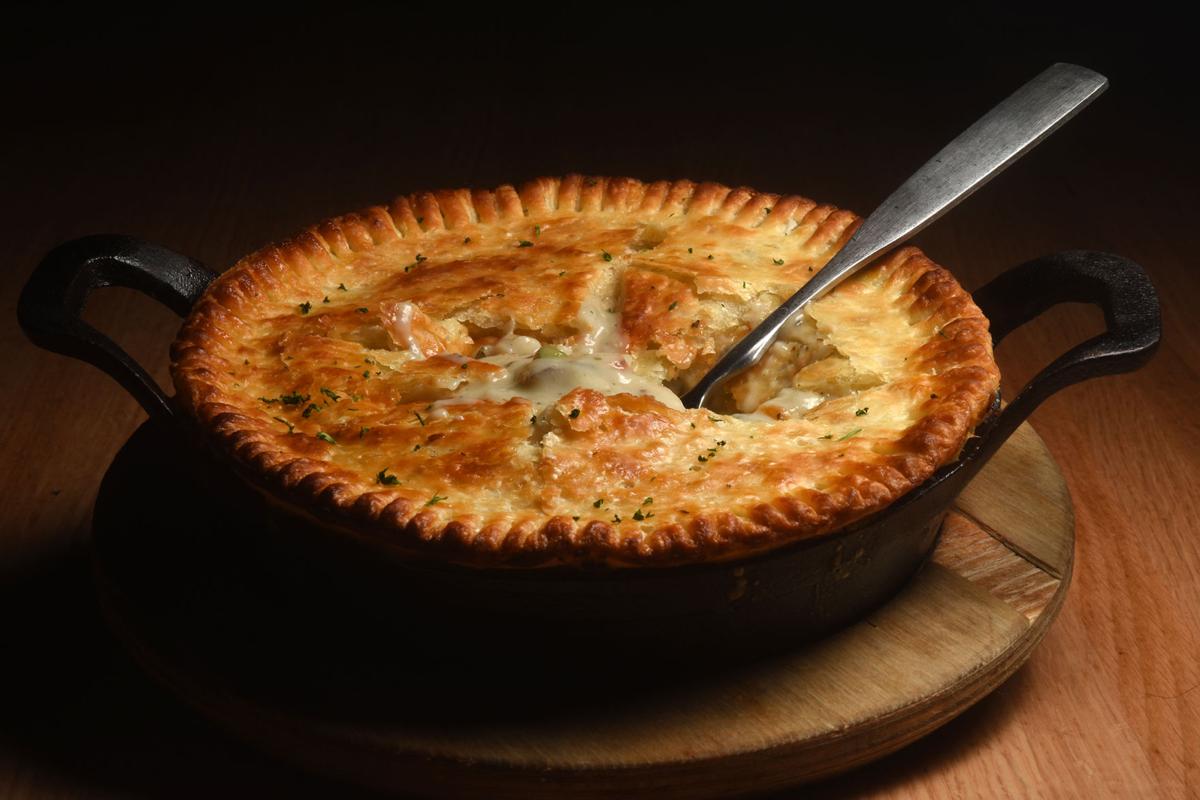 The only thing missing at Abby’s Irish Pub, in the city’s northern Briargate area, are the brogues, but we were served, fittingly, by red-headed Connor.

With a large bar as the focal point, hammered tin ceilings, numerous TVs, mostly high top tables and an appropriately dark and lively ambiance, the pub’s location belies its strip mall location. Keep in mind, the food is worth the trip for those wanting more than Guinness and whiskey.

The menu represents most items associated with the Emerald Isle, beginning with such appetizers as Colcannon bites ($5), which are meatball-shaped blends of potato, cabbage and bacon, to Irish soda bread with homemade honey vanilla butter ($9) and boxtys ($7), essentially potato pancakes with a dollop of sour cream. The Irish nachos ($9) are a fusion stretch: house-made chips covered with corned beef and cheese sauce.

We opted for boxtys: two salad plate-size, quarter-inch-thick patties formed from a combination of hash browns and mashed potatoes. These are tasty and go down easy with a pint while waiting for the main course.

At first glance, it would seem there was no luck of the Irish for me at Abby’s since I had an especially long wait for my entree. Mine didn’t make it to the table when the others did. Fortunately, my luck changed as I got more than a bite or two of my dining companions’ dishes while biding my time. When my chicken pot pie ($13) finally did arrive, it was worth the delay.

Our good lad Connor explained that the original pie had burned. Had I not enjoyed the boxtys and seen the well-plated food in front of my friends, I would have been discouraged. Tasting the fish and chips ($13) told me I’d come to the right spot. The flakey, substantial piece of haddock had a nice crunchy batter that I knew was fried, but wasn’t greasy. It’s served with sides of fries and coleslaw.

The bangers and mash ($13) feature three thick pork sausages topped with thin fried onions on a mound of creamy mashed potatoes and Guinness gravy. Soda bread and green beans rounded out the meal. This hits nearly all the food groups and pleases all the taste buds.

Then there’s that chicken pot pie. When Connor finally brought it out, along with a sincere apology, I was immediately taken with the light golden crust and small cast-iron serving dish that emanated heat; in fact, the pie never cooled down, which made it that much more appetizing. What truly made the dish a success was the thin pastry layered over pieces of chicken, carrots, peas, mushrooms and, of course, potatoes, in a rich, savory gravy with sage. Yes, I would have preferred it arrived with all the other entrees, but it was worth having the well-prepared pie rather than what sounded like a substandard one.

To explain the average rating on service, the issue wasn’t Connor’s fault; he’s the middleman between the front and back of the house. He professionally handled the burned pot pie mishap, but it was an error nonetheless.

Abby’s is popular. Plan to arrive early for dinner or be prepared to wait for a table. A children’s menu and a few soup, salad and sandwich options are available.

Stage-related entertainment events throughout Colorado during the week before Christmas.