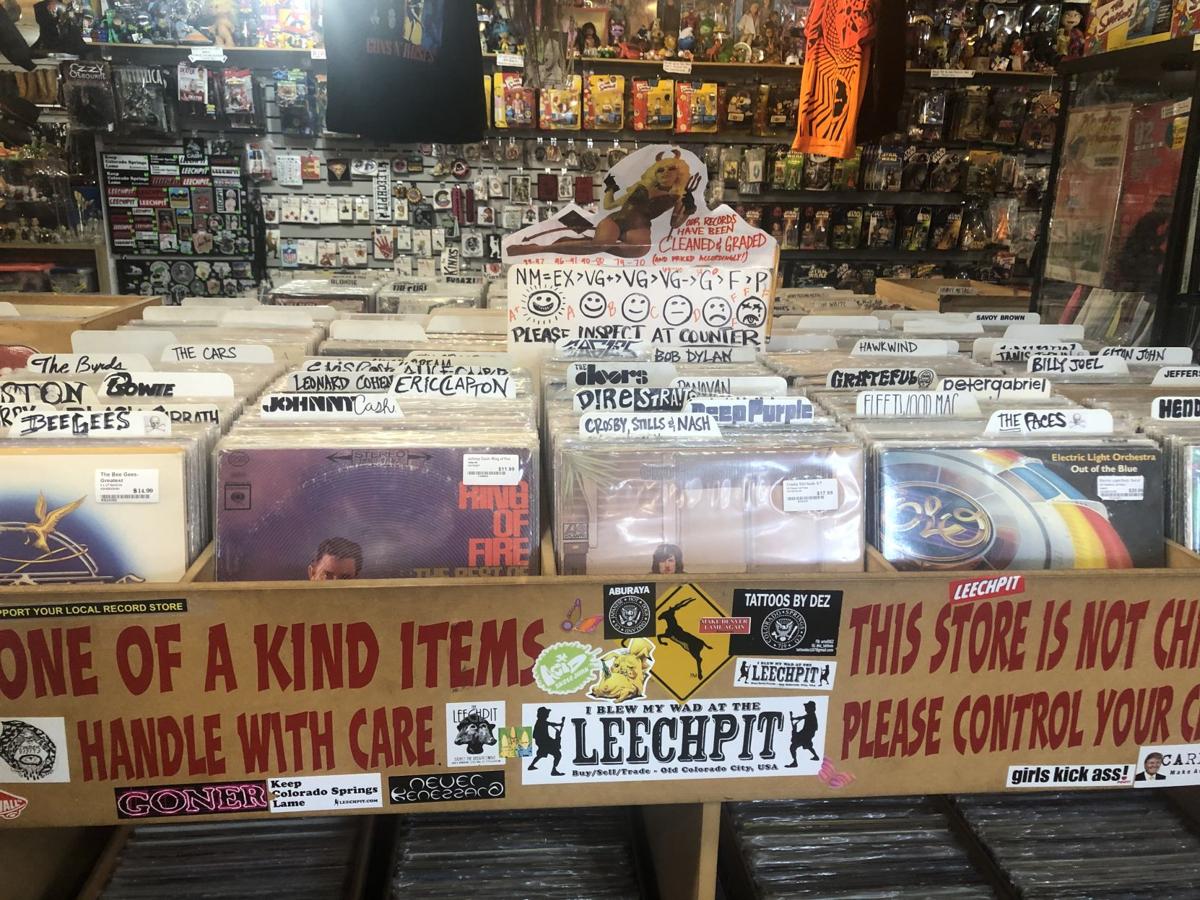 A sample of used vinyl records at The Leechpit in west Colorado Springs. The reemergence of vinyl surprises owner Adam Leech every day. “They ruled (vinyl) dead and gone for a long time,” Leech says. “The thought was, ‘You might as well throw your records away.’ ” 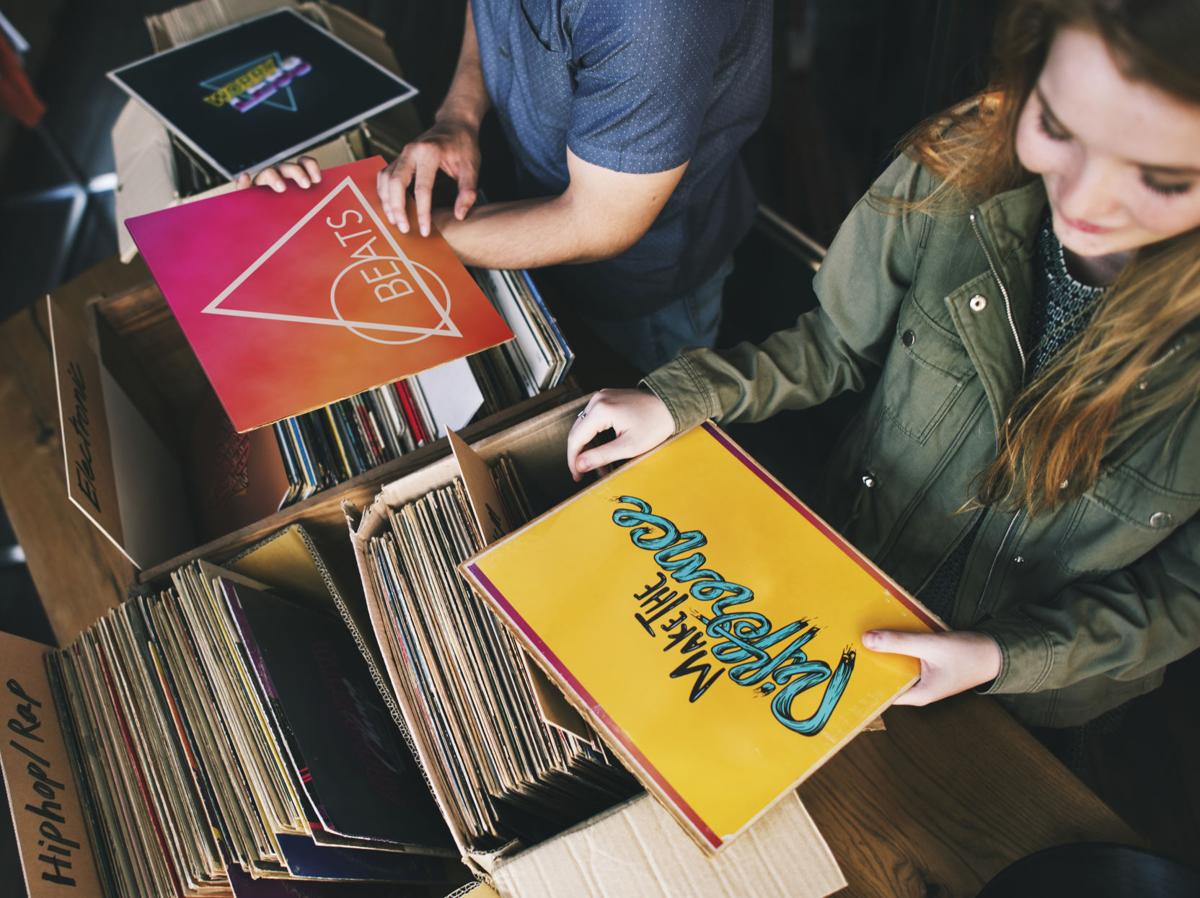 Young people in a record shop 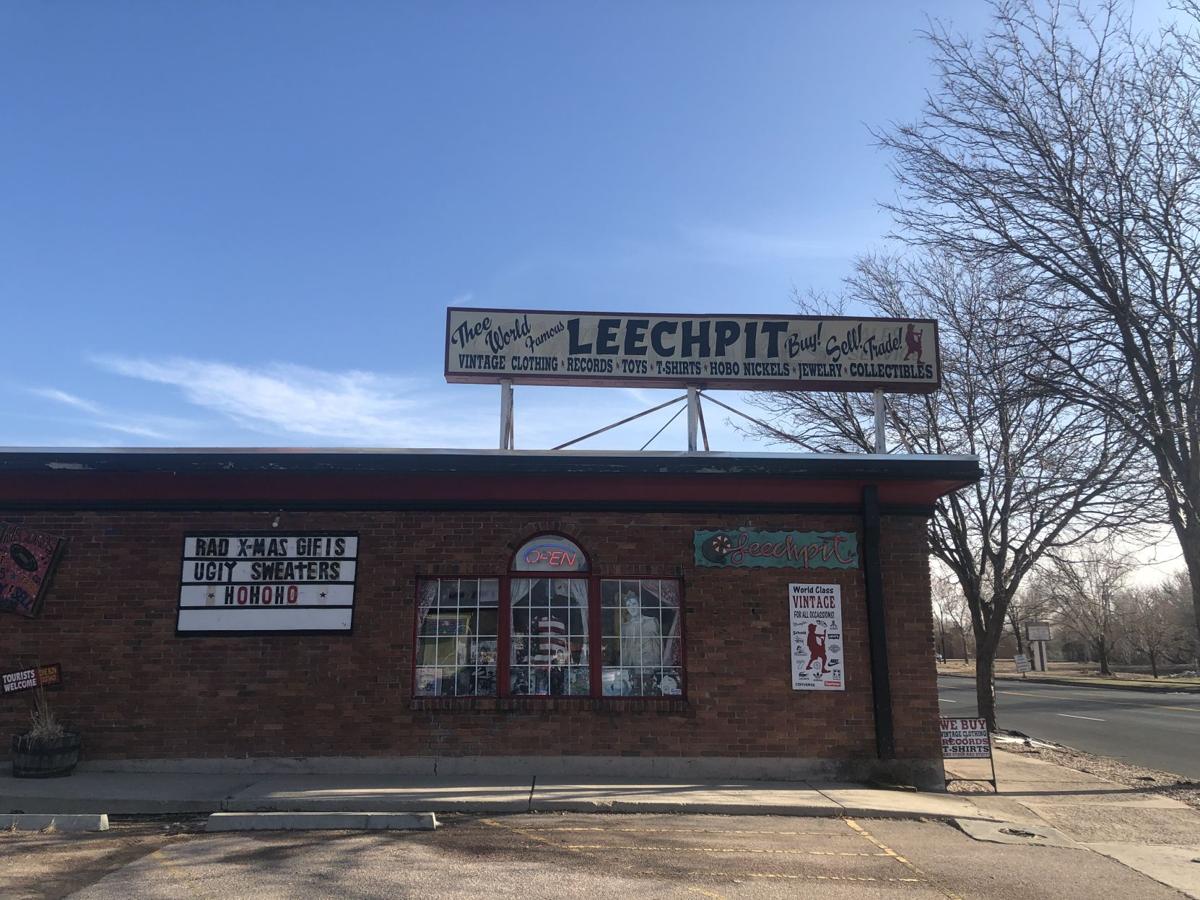 The Leechpit, which has a large selection of vinyl records, is at 3020 W. Colorado Ave. in west Colorado Springs. 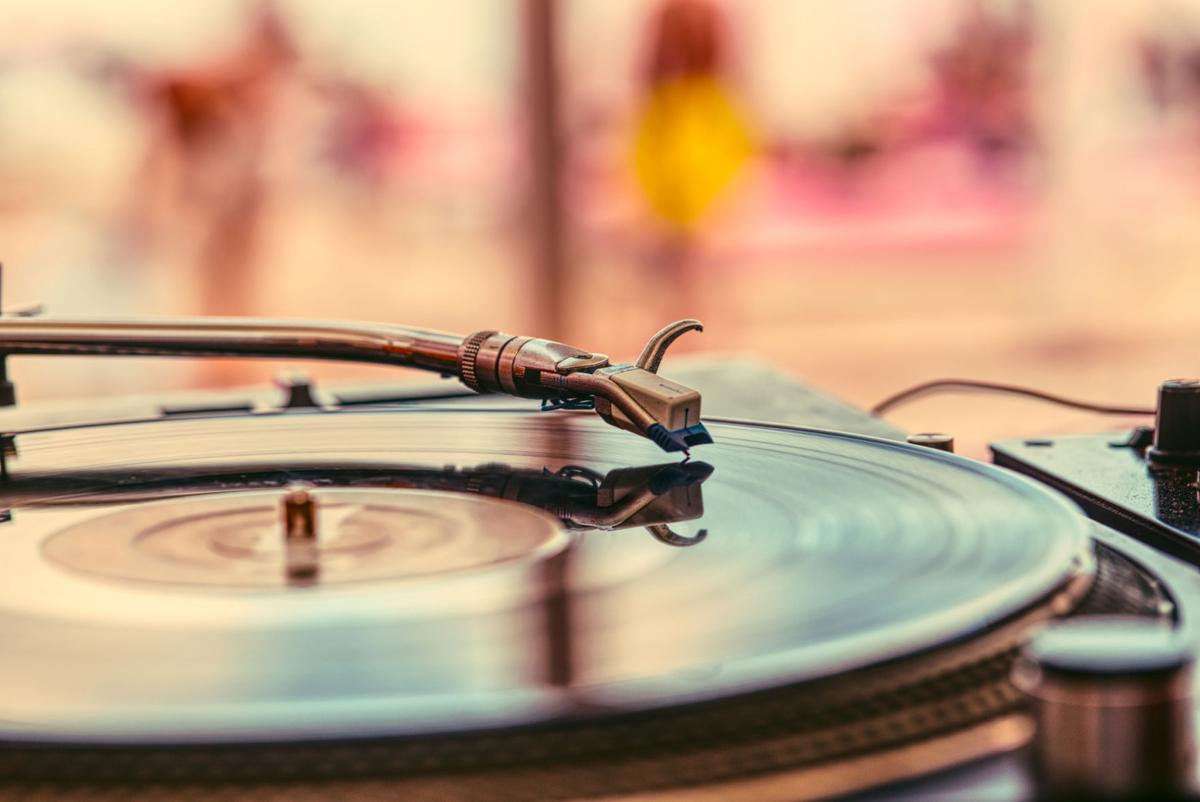 A sample of used vinyl records at The Leechpit in west Colorado Springs. The reemergence of vinyl surprises owner Adam Leech every day. “They ruled (vinyl) dead and gone for a long time,” Leech says. “The thought was, ‘You might as well throw your records away.’ ”

Young people in a record shop

The Leechpit, which has a large selection of vinyl records, is at 3020 W. Colorado Ave. in west Colorado Springs.

It might be the music industry’s biggest surprise of the last decade.

Vinyl records came back from the dusty dead to again be considered the coolest thing since sliced bread.

No one saw it coming. And no one saw vinyl sticking around (again).

It surprises Adam Leech every day, when the door of his Colorado Springs record shop, The Leechpit, swings open and when people of all ages spend hours browsing the boxes of used records.

“They ruled (vinyl) dead and gone for a long time,” Leech said. “The thought was, ‘You might as well throw your records away.’”

Why, then, are records still experiencing another life?

If you ask Paul Epstein, vinyl never fully went away.

Epstein owns Twist & Shout Records in Denver, which he estimates is one of the biggest record shops in the country. Today, Twist & Shout houses a quarter-million records.

By the early 2000s, though, Epstein stocked very little vinyl. But he always had some.

“That’s the reason we’re still here,” he said. “I stuck to my guns and said we’re gonna continue to carry vinyl.”

That doesn’t mean vinyl was selling at the time. It wasn’t selling, for example, at Independent Records in Colorado Springs.

At one location, the so-called record shop had maybe 200 records in stock, according to head buyer Matt Gehrung.

There also wasn’t much diversity in the music on the shelves or the customers looking for it.

When 15-year-old Leech started working at an area record shop in 1995, he sold records to “just dudes.”

But Leech loved the biz. He opened his record shop in 2003. Along with a collection of vinyl, he filled The Leechpit with vintage clothes and accessories.

“I got a lot of guff,” Leech said. “A lot of people were thinking I was plain crazy for opening a record store, especially in Colorado Springs.”

Then came an unlikely — if not unbelievable — twist.

Around the country, records were being made and sold again. Turntables showed up at Target. Records became cool again.

Record shop owners now have ways of explaining this: Younger people craved a sense of ownership with their music. Older people felt nostalgic for the format they grew up with. Vinyl just sounds better than CDs or downloads and consumers came to their senses. Also, hipsters.

“For people in my age group, there was a big sigh of relief,” Epstein, 60, said. “We were like, ‘Thank god we’re getting back to the real sound.’”

In the thick of it, he and other shop owners were scratching their heads.

“I never would’ve predicted it,” Epstein said. “If you would’ve asked me, ‘Will marijuana be legal? Will vinyl be back?’ I would’ve said, ‘No and no.’”

It wasn’t a subtle comeback, either.

“We were suddenly selling albums that were worthless five years before,” Leech said. “Things that literally would’ve been in the trash five or 10 years ago, people were seeking them out. People were seeking everything out.”

The resurgence got a hand from Record Store Day, which formed in 2008 to “celebrate the unique culture of a record store.” On each Record Store Day, hundreds of people line up outside Colorado shops to buy special releases or get deals on vinyl.

“It has just kept building and building,” Epstein said. “It hasn’t really let up.”

Fifteen years ago, records accounted for less than 5% of business at Independent Records, which has four locations in Colorado Springs and one in Pueblo. Now, it’s closer to 40%.

“It has kept our doors open in the last decade or so,” Gehrung said. “It’s a sexy product and it’s cool. We put it near the front of the store, because we want people to see it.”

Around that same time, Chris Davis started selling records independently. The side gig helped him pay for college.

“For a while, you were a dork if you were buying records,” he said.

The 30-year-old has since built up his personal collection to more than 4,000 records. He finds items to sell on eBay and at garage sales and record shows.

That got him thinking about how Colorado Springs has several record stores, but doesn’t host any record shows.

In November, he hosted the inaugural Colorado Springs Record Show, which drew hundreds of people to the Masonic Center. Davis hopes to host more record shows here in 2020.

“It’s crazy because, how many times have we advanced technology and gone back?” he said. “It doesn’t really happen.”

The trend doesn’t appear to be backing down.

Vinyl records are expected to outsell CDs across all musical genres by the end of the year, according to the Recording Industry Association of America, or RIAA.

“As a culture, we’ve decided if it’s going to be physical, vinyl is better,” Davis said. It’s not just to be kitschy. It’s superior.”

He attributes some of that to the “cool factor.”

“It’s cool right now to have a record player and to own records,” he said. “And it’s cool to be cool.”

Stacking up against streaming

For 24 hours this month, it seemed like everyone was doing it: sharing their Spotify Wrapped lists on social media.

The streaming giant jumped on the end-of-year reflection trend by listing users’ top songs and artists of 2019 and the decade. Music fans and musicians, from Dolly Parton to Lizzo, shared stats with the Spotify Wrapped hashtag.

It was proof of the platform’s prevalence in how we consume music today. Here’s further evidence: Streaming generates 80% of music business revenues, according to the RIAA.

The growing popularity of Spotify implies listeners want convenience. But they also keep buying more and more records, which have the opposite appeal of being able to listen to anything from anywhere.

In a world where you can choose from almost every song ever recorded for 10 bucks a month, why would anyone spend $30 on a clunky thing that holds 12 or so songs?

Because, for some ears, there’s no competition.

Epstein, for one, wants nothing to do with Spotify, which he says delivers a compressed or flat sound. Plus, the site barely pays artists for their work: Spotify pays less than a penny per stream.

“It’s horrifying,” he said. “The sound is terrible. Everything about it I hate.”

It also tends to fade into the background, he said.

“It doesn’t inspire people,” he said. “And that’s what music and art is supposed to do.”

Leech doesn’t mess around with Spotify either. He’d rather listen to music on an old iPod. His preference, of course, is vinyl.

“It’s like the difference between a wood-burning fire and a natural gas fire,” he said. “They look the same, but with one you can feel the warmth and smell the wood burning. You can hear the little crackles.”

It’s not the same as listening to a song on the internet. Or the radio.

“When you drop the needle,” Leech says, “You’re actively engaged in the experience. There’s a ritual to it.”

For musicians, with audiences large and small, it has become an expectation to put out records. At Urban Outfitters, for example, you can find Taylor Swift’s latest album on vinyl.

Meanwhile, local bands like Cheap Perfume spend their dollars on getting records pressed.

“If it’s not vinyl, it doesn’t exist,” says Nathen Maxwell, a bass player in the Denver-based band Flogging Molly. “Anyone can put something out on Garageband. It’s like, get it published. Then, it’s real.”

So many people shared their Spotify Wrapped lists probably because those lists serve as a way to say, “Hey, this is who I am.”

“It ultimately goes back to who you are as a person,” Gehrung said. “The music you listen to and the music you collect represents you as a person and your legacy of who you were.”

Your choice of music says something about you. And so does, it seems, how you listen.

“If you really like a band, then you want their vinyl,” he said. “That’s a way to show you’re a true fan.”

Perhaps you could tell a person’s legacy by their Spotify playlists. But a record collection physically lives on after a person.

Records would likely not still be here, in such force, without record stores.

And Leech works tirelessly to make sure his store, which comes with the motto “Keep Colorado Springs Lame,” is stocked with the weirdest options.

“It’s like urban treasure hunting,” he said. “It keeps you alive. It gives you a mission in life.”

The Leechpit has 3,000 records on the floor and another 3,000 in storage in the back. Leech’s own collection includes upwards of 5,000 records.

On a recent afternoon, a customer hurriedly stopped in looking for a Beasties Boys CD. Leech knew right where to point her.

The Leechpit was busy throughout the day, with people coming in to look around or just chat with Leech about their favorite music or favorite band T-shirts.

“Record stores have always been a sort of meeting place,” he said. “They used to be the only places you could find new music and talk about new music.”

Now, people seek record stores — and records — out, even though they don’t have to at all.

“People are still surprised by it,” Leech said. “Every day, someone comes in and is like, ‘Oh, records are back. I had no idea.’ People are still hearing about it for the first time.’ ”

Country singer Phil Vassar looks back on his early hits, the kind of music that lasts

Phil Vassar doesn’t use last names when talking about some of the most legendary country musicians.