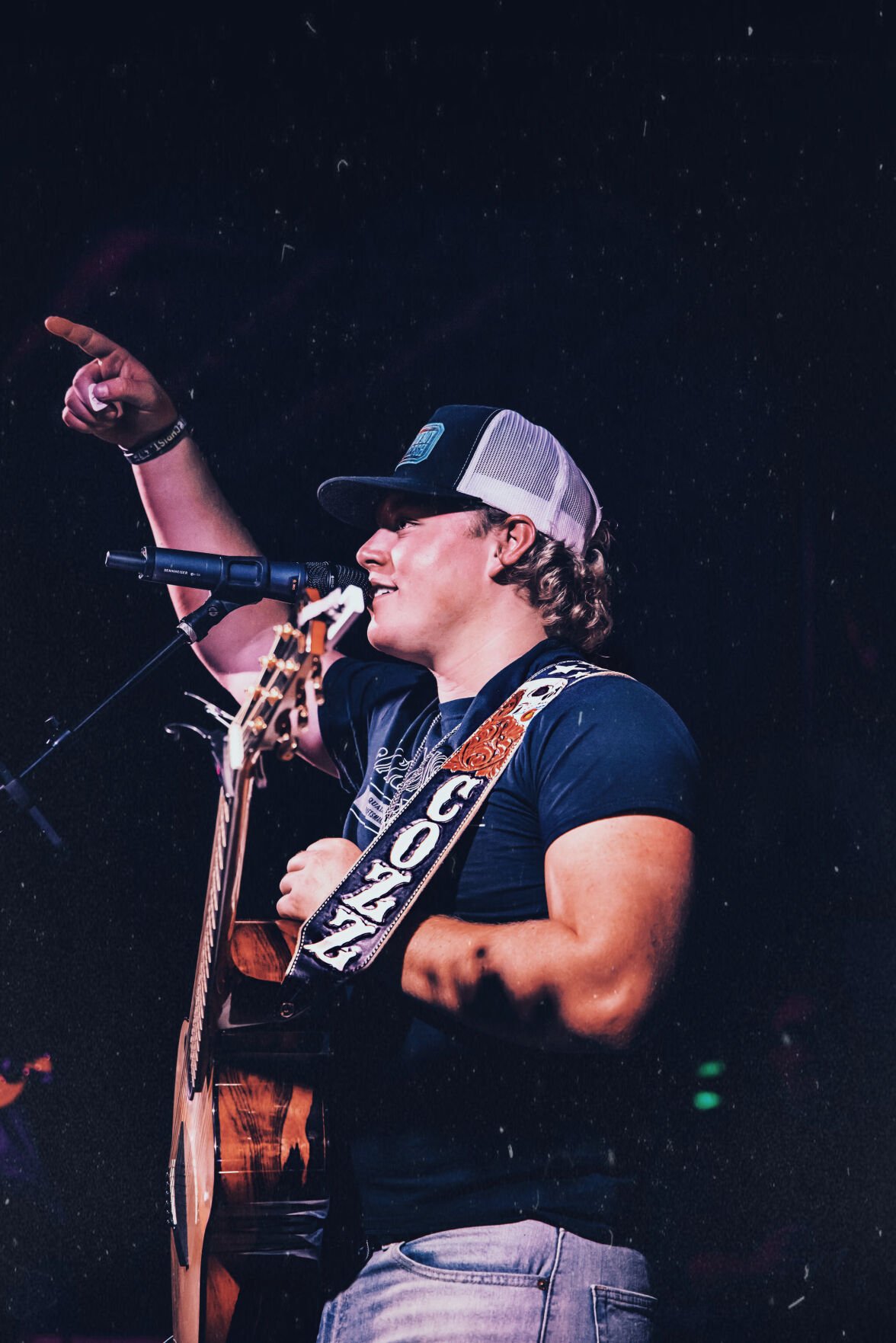 Cody Cozzolino has several shows coming up in Colorado before he moves to Nashville to pursue his career. 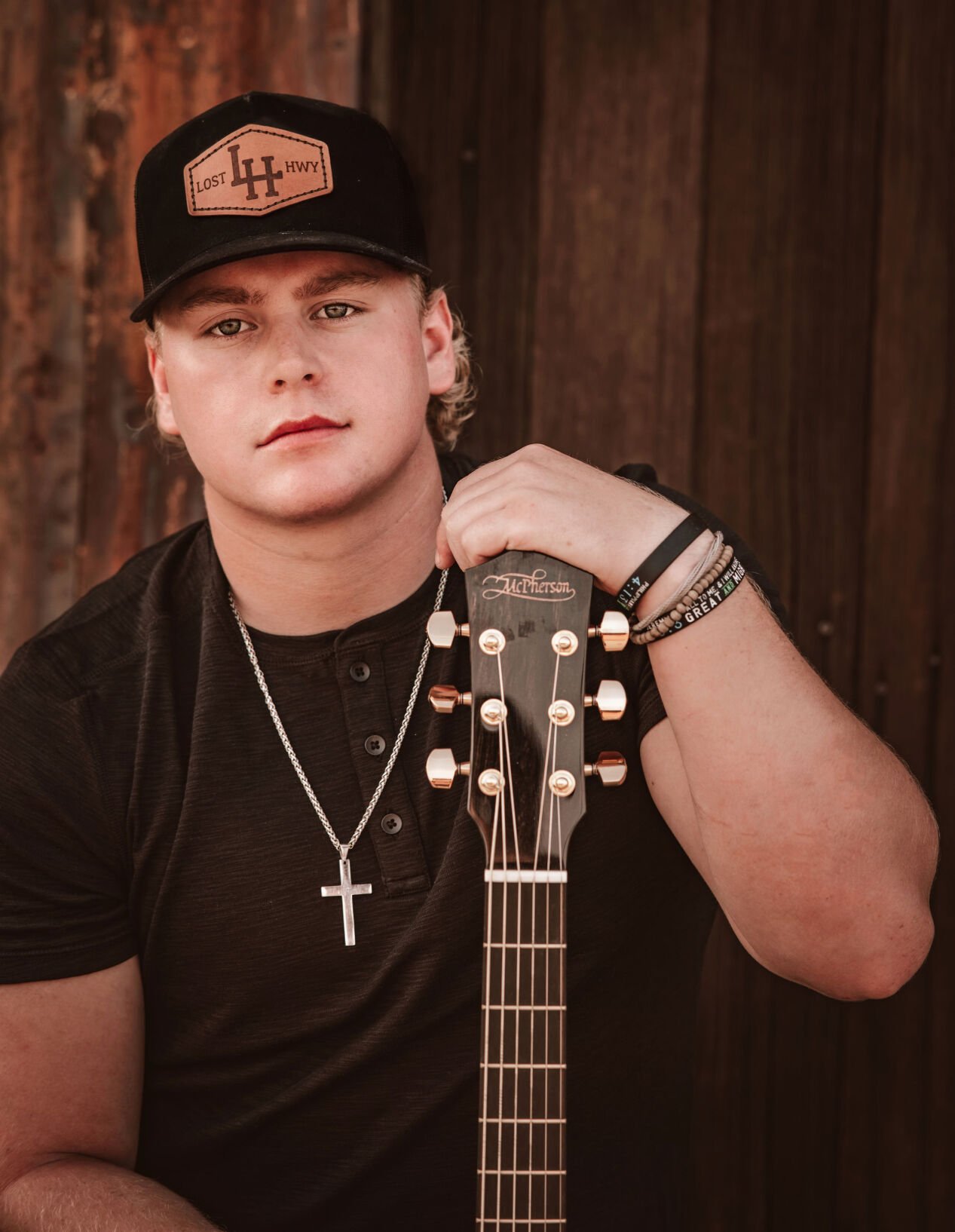 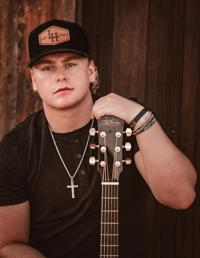 Cody Cozzolino is a Pueblo-based musician who is preparing to move to Nashville to pursue his music career. 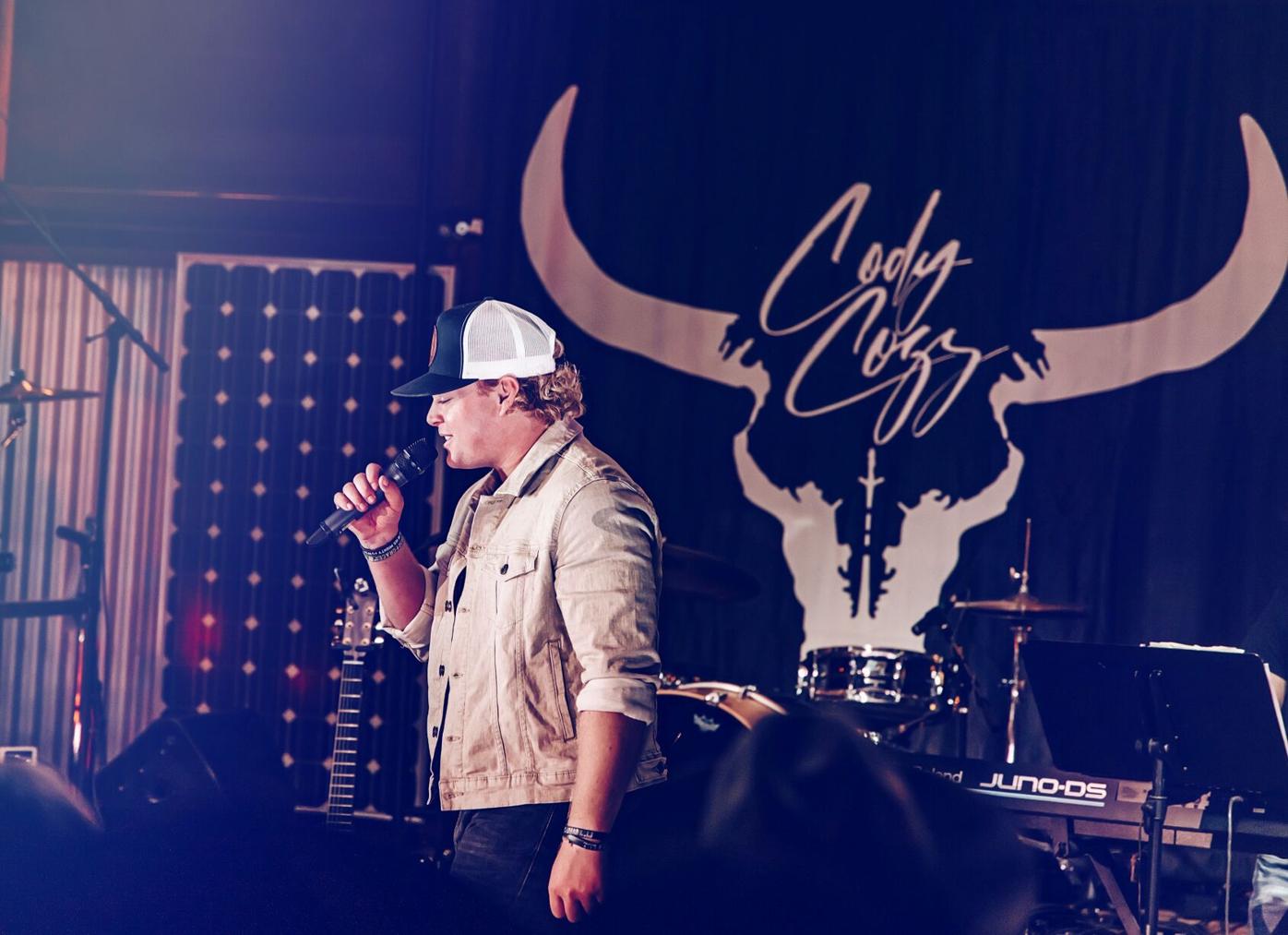 Cody Cozzolino, who stage name is Cody Cozz, is a Pueblo native who started his music career in June 2020. 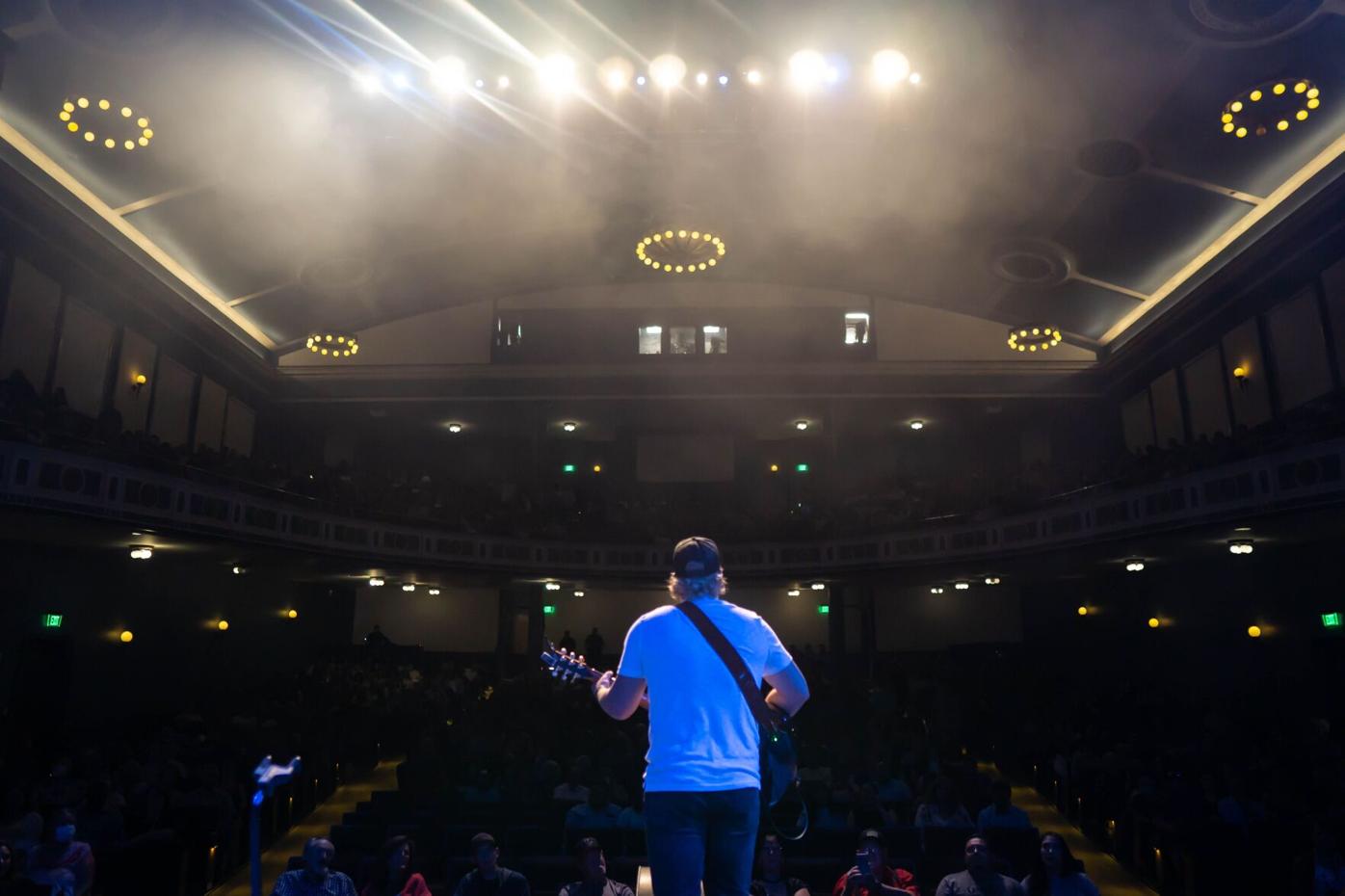 Cody Cozzolino has opened for artists such as Josh Turner and Craig Campbell. 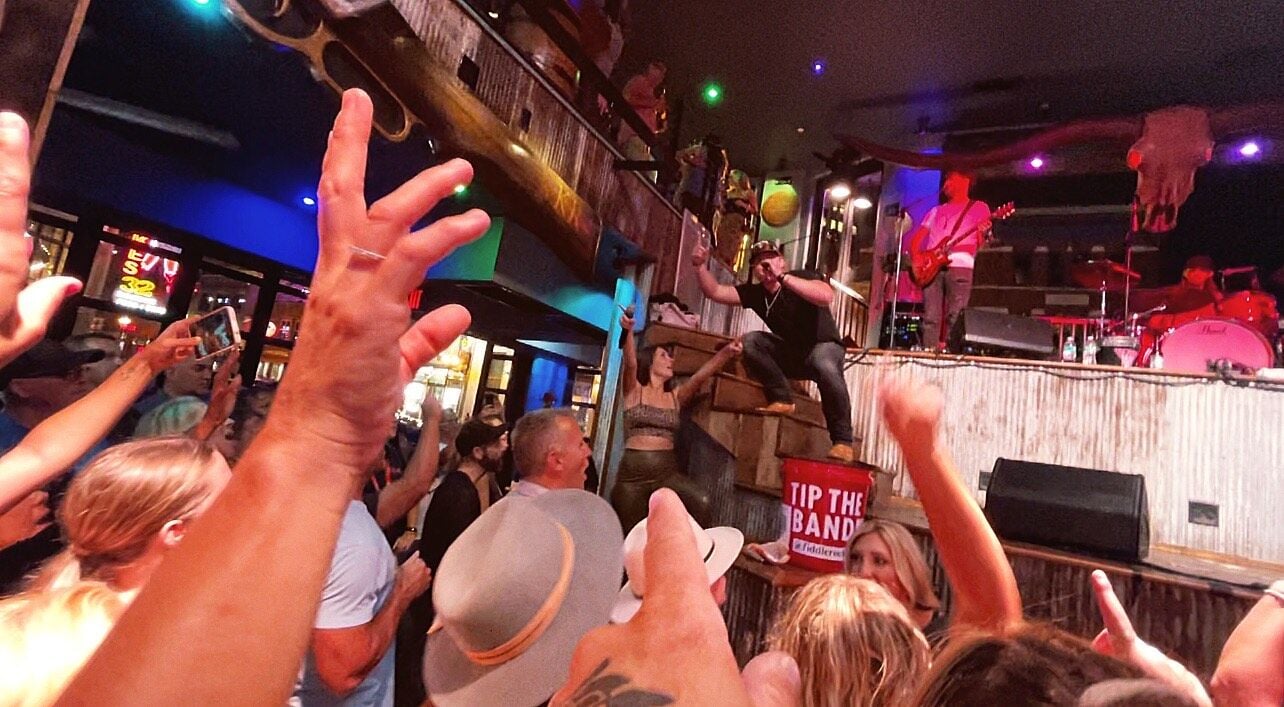 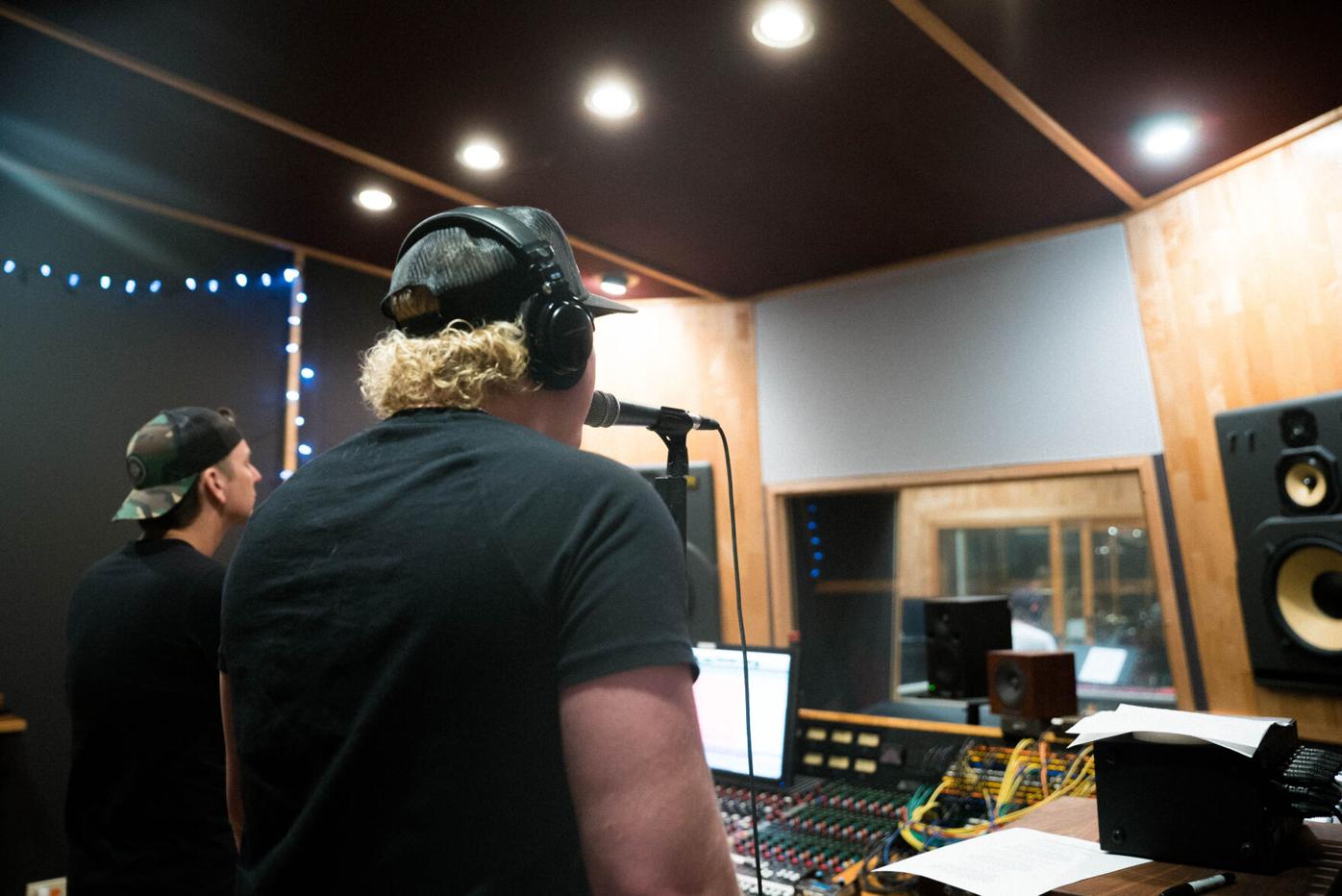 Cody Cozzolino's debut album is expected to come out in 2022.

Cody Cozzolino has several shows coming up in Colorado before he moves to Nashville to pursue his career.

Cody Cozzolino is a Pueblo-based musician who is preparing to move to Nashville to pursue his music career.

Cody Cozzolino, who stage name is Cody Cozz, is a Pueblo native who started his music career in June 2020.

Cody Cozzolino has opened for artists such as Josh Turner and Craig Campbell.

Cody Cozzolino's debut album is expected to come out in 2022.

First, though, some things had to go wrong.

Before his senior football season began at Colorado State University Pueblo, Cozzolino dislocated his ankle during practice. The injury meant he wouldn’t get to finish his football career. A couple of months later, he was crushed in another way: His relationship of three years ended.

“I was at a pretty low point in my life,” Cozzolino, 23, said. “I was just sitting around doing nothing looking for what to do next.”

He prayed every day for some way to climb out of the funk.

He turned to music, a lifelong hobby he kept hidden from most people in his life. One day, he got the guts to take a video of him singing. He posted it on Facebook.

That post led to Cozzolino getting his first gig. In June 2020, he nervously played at Giodone’s, an Italian restaurant in Pueblo.

Unlike the common story of musicians having to spend years slogging in search of a big break, Cozzolino didn’t have to wait that long for signs he was on the right path.

He got another gig at The Gutterhouse, a new music venue and entertainment spot in Pueblo West. The newbie started playing multiple shows per week anywhere he could.

Then came another sign. The Gutterhouse folks invited him back to open for Craig Campbell, the country singer behind hits such as “Keep Them Kisses Comin’.” Cozzolino has since opened for other big-name artists like Josh Turner and Jon Pardi, while he and Campbell struck up an unlikely friendship.

“He’s kind of taken me under his wings,” Cozzolino said. “For someone like that to believe in you, it means a lot.”

Over a long phone call, Cozzolino asked all kinds of questions about how Campbell got his start and how to be a better performer.

“I just started following his advice to a T,” Cozzolino said.

There were straightforward suggestions, like buying a new guitar and playing more upbeat songs. Campbell also passed on some more heartfelt wisdom for the stage.

“He told me to keep my eyes open and really engage with the crowd,” Cozzolino said. “He said, ‘Your eyes are the gateway to the soul.’”

With help from his new connections, Cozzolino signed a publishing deal and will be moving to Nashville soon. He’s moving there with his best friend, Mitch Carter, a fellow CSU Pueblo football alum and rising musician.

Cozzolino has gotten a glimpse into the excitement of Music City during recent trips to record music. During one memorable day in the studio, the members of Rascal Flatts walked in.

He’ll have to get used to that kind of thing.

About 18 months ago, he planned to use his construction management degree and join his father’s business. He didn’t think much of this music thing.

When Cozzolino attended the recent Luke Combs concert at The Broadmoor World Arena, he looked around and thought, “This doesn’t seem too far away for me.”

“I just feel like if I’m going to do this,” he said. “Then why not reach for the stars?”

First, Cozzolino will release his debut single, “On My Way” in early 2022 and go on tour. “You never know what could happen,” he said. “If I become a big star or something, I’ll be able to say I’m rooted in Pueblo, Colorado. That will be awesome.”

Saturday: The Gutterhouse in Pueblo with Craig Campbell

In its new exhibit, "The Power of Horses," History Colorado, a Denver museum that specializes in telling the stories of our fair state, will trace Colorado's love affair with horses from the beginning. It opens Saturday.