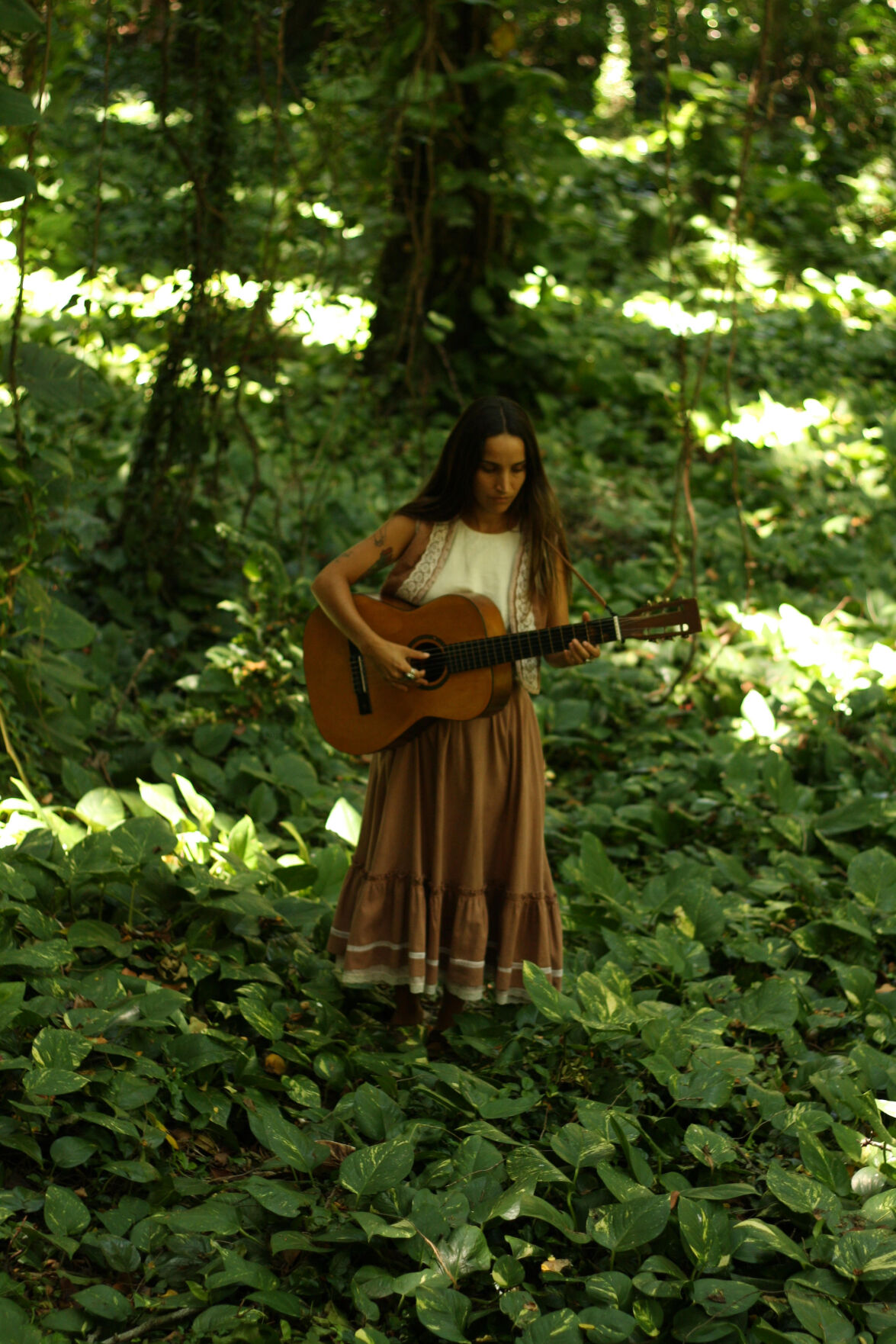 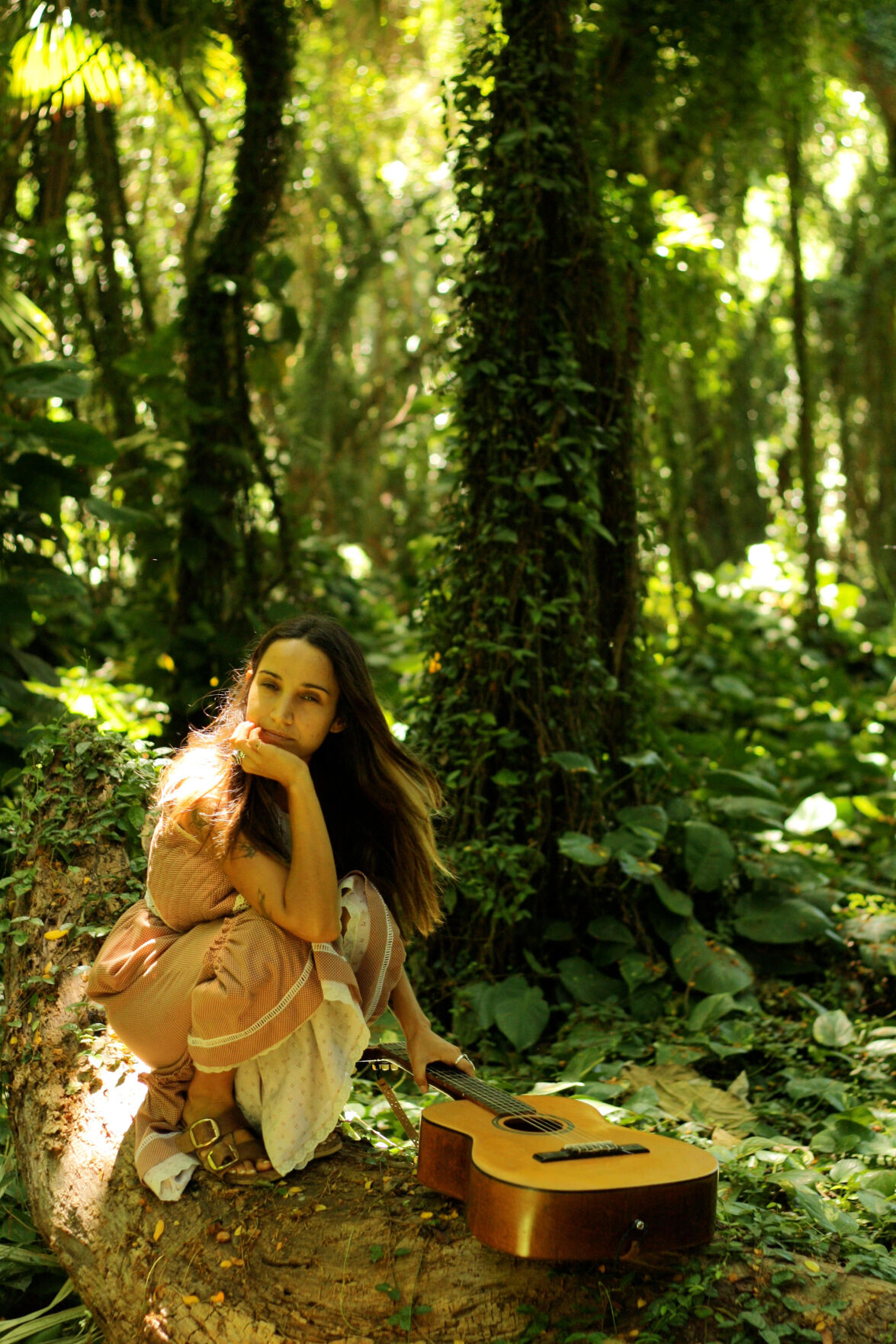 Desirae Garcia, formerly of the Haunted Windchimes, has been living in Hawaii for the last year and a half. 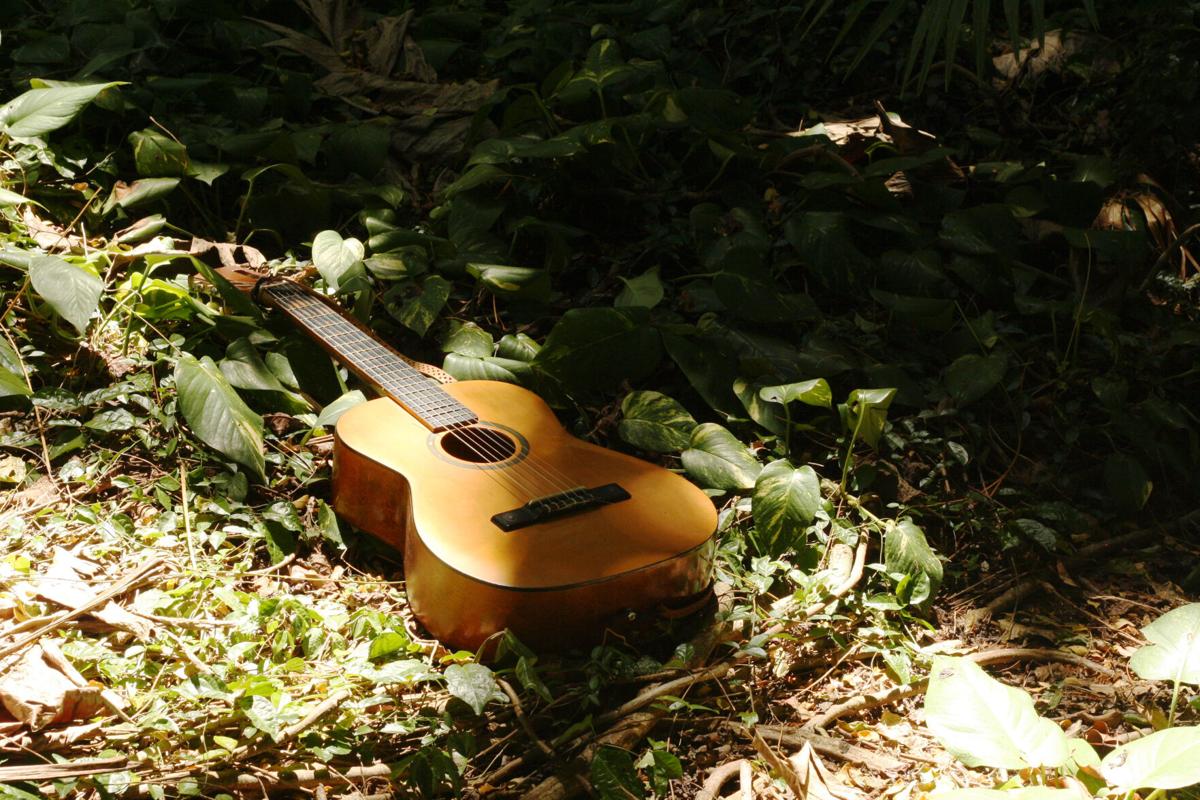 Pictured is the 1950s classic guitar that Desirae Garcia bought at a pawn shop in Hawaii. In a new place and music scene, it felt right to have a new guitar.

Desirae Garcia, formerly of the Haunted Windchimes, has been living in Hawaii for the last year and a half.

Pictured is the 1950s classic guitar that Desirae Garcia bought at a pawn shop in Hawaii. In a new place and music scene, it felt right to have a new guitar.

Every Friday afternoon, Desirae Garcia sits on a floral couch in her living room with her guitar and sings straight into her laptop, trying in between songs to make banter with whoever’s watching. Since the livestream shows up on Distillery 291’s Facebook page, she suspects most of the audience is based in Colorado Springs. She just happens to be playing from Maui.

For fans and friends in Colorado, the virtual concert is a welcome sight and reunion of sorts, as Garcia hasn’t played locally since early 2019. For Garcia, it’s a welcome connection to the music community that grew up with her and celebrated her.

It goes back to 2006. After meeting Inaiah Lujan on Myspace and starting a romance, the two founded the Haunted Windchimes. Garcia had only sang in her school’s choir. At 18, Garcia found herself on tour and planting roots for what would become one of the area’s most beloved bands.

The Pueblo-based Windchimes caught the attention of Garrison Keillor’s “A Prairie Home Companion” and the music website Daytrotter, which called them a “scarily good group.” The folk and blues group played some of the biggest stages and festivals around town and drew devoted crowds wherever they went.

She and Lujan, then her husband, took a step back from the Windchimes in 2018 to focus on a duo project called In/Planes. Then, the couple separated and it was time for Garcia, who is 32, to do her own thing.

“I just kind of needed a change of pace,” she says.

Her sister runs a henna and braid shop and offered Garcia a job in Maui. Before the coronavirus pandemic shut down such businesses, she spent her days near the ocean, giving tourists creative temporary tattoos and hair styles.

Her stay in Hawaii was only supposed to be for a little while, but her sister warned her the islands might convince her otherwise, saying, “This place is super good for the soul and you might end up needing that.”

Leaving her projects and relationship in Colorado behind, Garcia thought she’d give up music. But when things shut down and she didn’t have to be making music, she did it anyway.

“I realized, ‘This is part of who you are. You’re a musician,’” she said. “It’s something I have to do. It helps me get through everything.”

This time has helped Garcia to discover, for the first time, her own voice — and without the pressure of selling tickets to live shows.

“I accidentally focused more on music,” she said. “I thought of it more like, if it happens it happens. I’m not going to force it. That feels really nice to take the pressure off of it.”

She put some pressure on herself to play a certain kind of music, the opposite of what she had been known for. Thinking she’d branch out from folk, Garcia only brought an electric guitar with her to Hawaii.

After arriving, she found a beat-up 1950s classic guitar at a pawn shop. She bought the instrument, fixed it up and named it Casey Jones. And she’s played it more than her electric.

“Ok, so I’m a folk singer,” she says almost confessionally. “That’s OK. It’s not going to kill me.”

It was Casey Jones in her arms while Garcia played a recent livestream for 291. Odd as it is to play for a screen, performing acoustically like this has reminded Garcia of how she started out.

“It’s pretty wild,” she said. “When I look back on the beginning of it all, I went all in. I didn’t look forward or back.”

That’s sort of her mindset now, in a new place and music scene but patching in to sing for her Colorado fans.

“I’ve been trying not to give it any thought,” she says about possibly moving back to Colorado. “It feels really good to be right where I am.”

Bottesini Project, Ormao Dance Company and University of Colorado at Colorado Springs faculty and students will perform in "Anti-Borderlands," a physically-distanced, outdoor performance at Heller Center at UCCS.