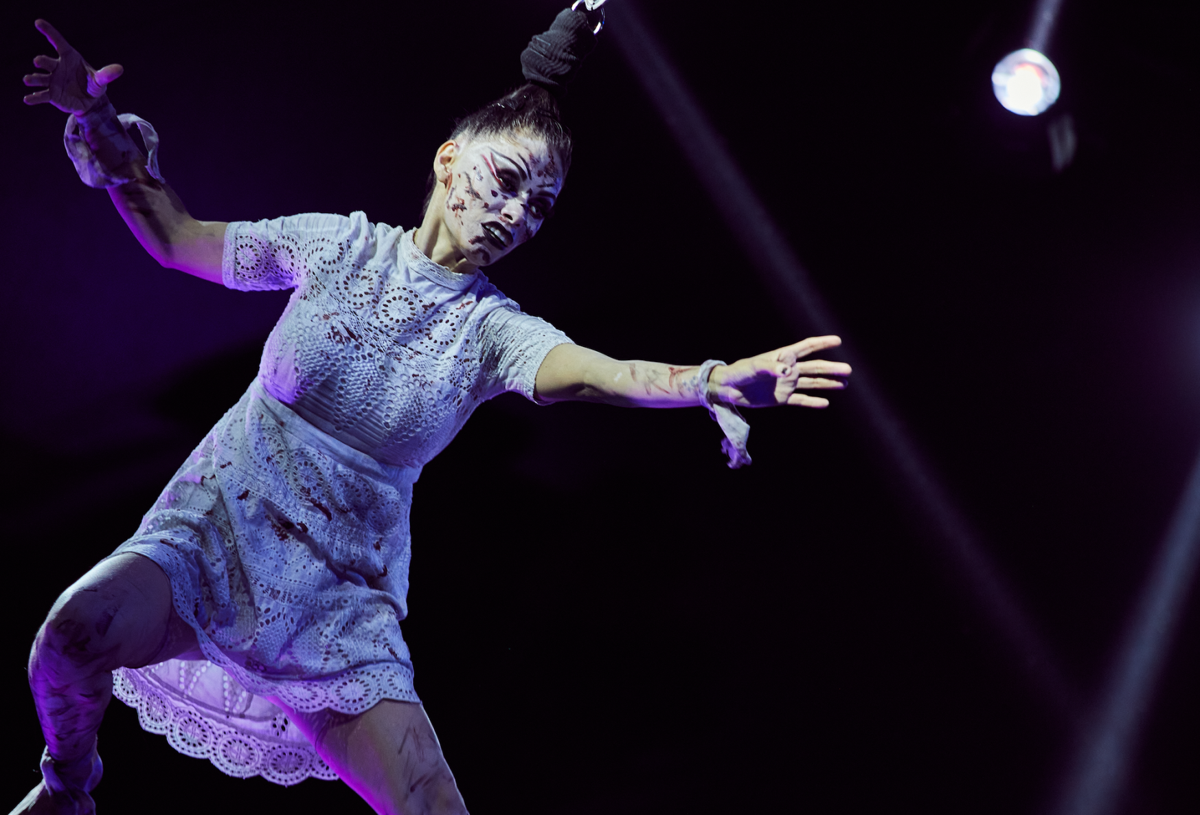 Paranormal Cirque, an interactive show presented by the owner of Cirque Italia, comes to Colorado Springs this weekend. Paranormal Cirque comes to Colorado Springs this weekend for a four-day run. 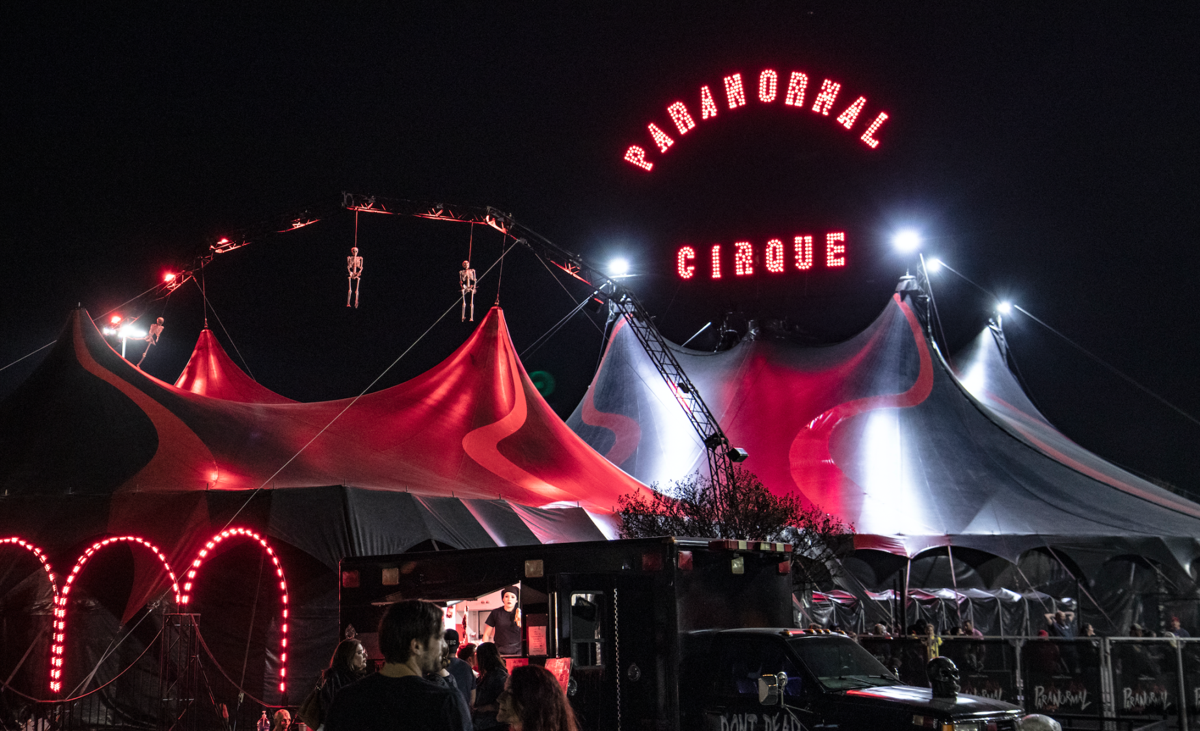 Paranormal Cirque, a tour that mixes theater, circus performances and haunted houses, stops this weekend at The Citadel Mall in Colorado Springs. 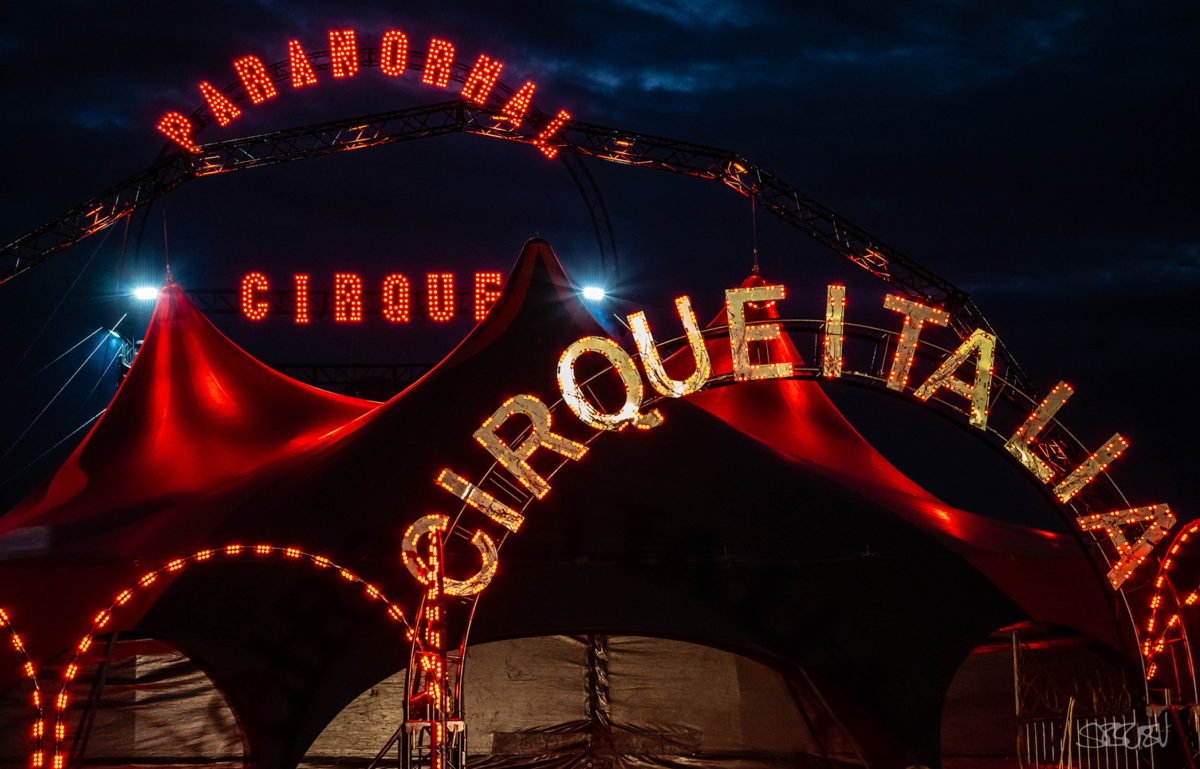 Paranormal Cirque comes to The Citadel mall in Colorado Springs this weekend. 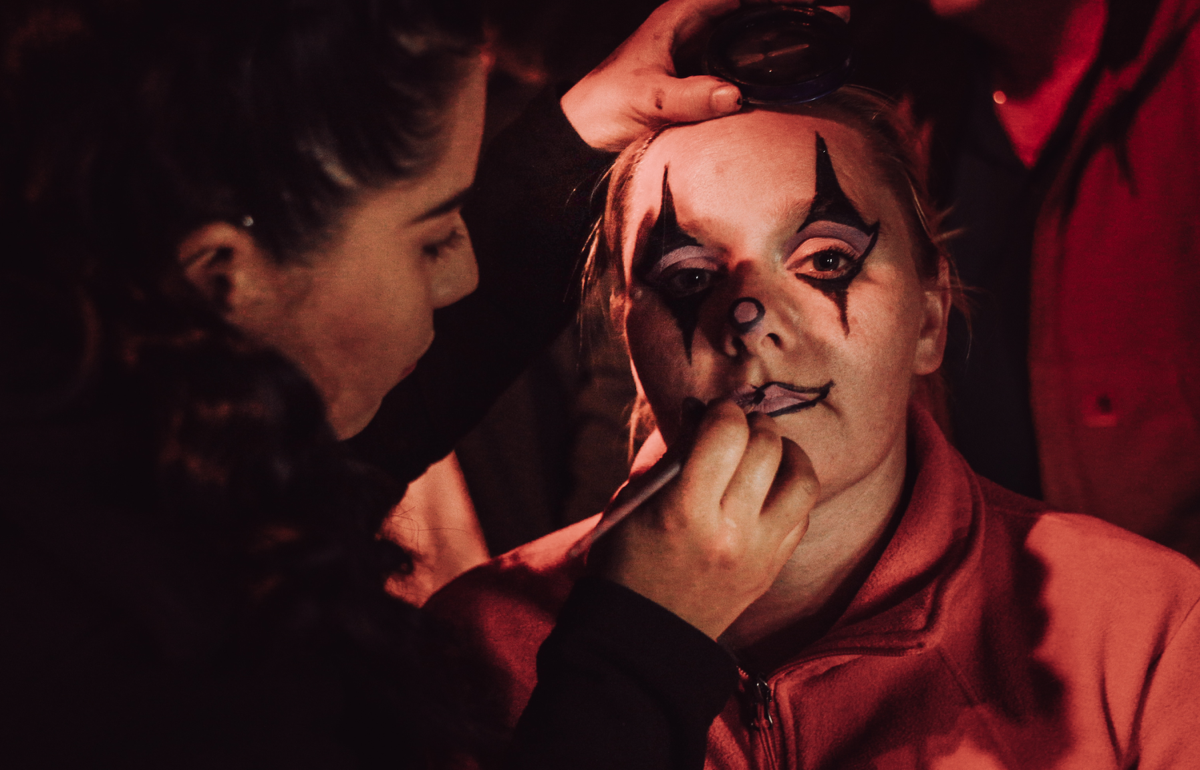 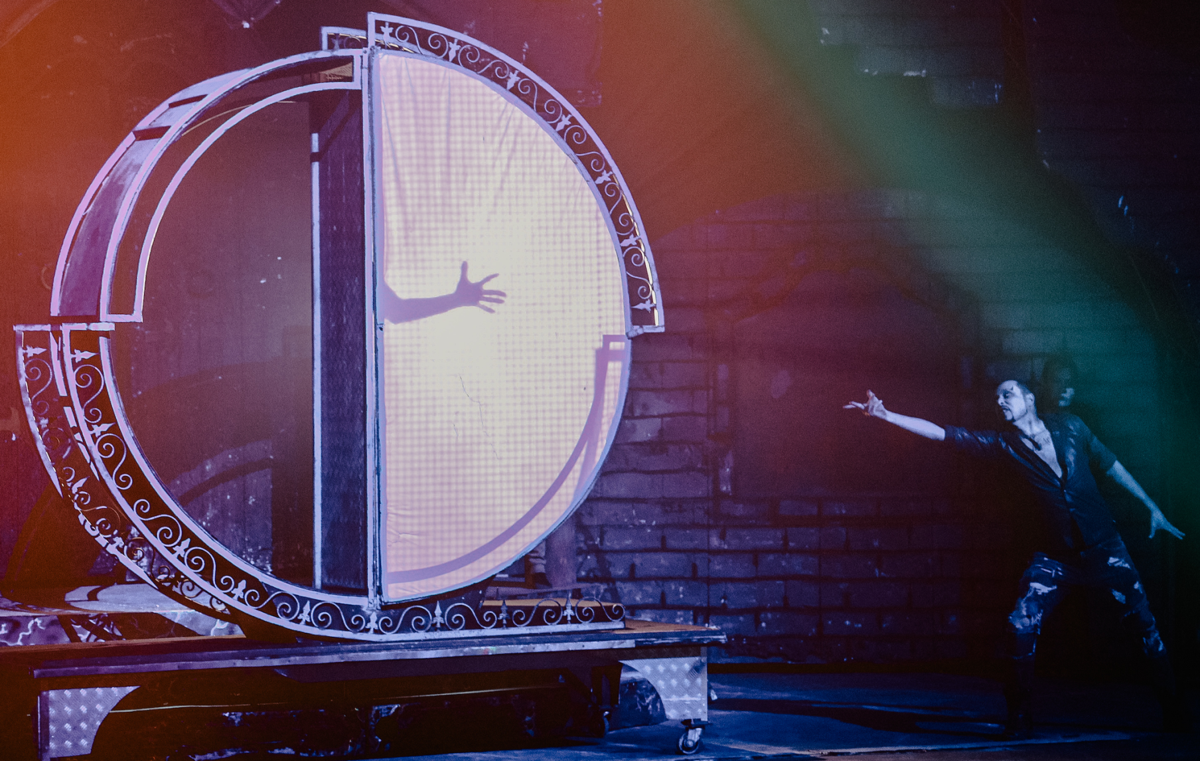 Paranormal Cirque will take over the parking lot of The Citadel Mall this weekend.

Paranormal Cirque, an interactive show presented by the owner of Cirque Italia, comes to Colorado Springs this weekend.

Paranormal Cirque comes to The Citadel mall in Colorado Springs this weekend.

Paranormal Cirque will take over the parking lot of The Citadel Mall this weekend.

If you’ll be driving by The Citadel mall this weekend, prepare for something to grab your attention.

A flashy and grand circus show will take over the Colorado Springs mall’s parking lot for four days. It’s a head-turning sight for anyone passing by: the big red and black tent with skeletons hanging over it and the strobe lights and the lit-up letters spelling out the name of the show: Paranormal Cirque.

From one look, you can tell it’s not like any other circus.

That was the goal for founder Manuel Rebecchi, a native of Milan, Italy, who spent his early years traveling around Europe with his late aunt, Moira Orfei, the creator of the largest and most famous circus in Europe: “The Moira Orfei Circus.”

Where: In the parking lot of The Citadel Mall, 750 Citadel Drive East, Colorado Springs

Price: Tickets, $10-$50, are available at paranormalcirque.com.

In 2012, Rebecchi began putting on his events. He started with a bang by commissioning Ferrari, the luxury sports car company, to build a custom circus tent for his first Cirque Italia event. He thought it would be a one and done.

But the show was an instant success, leading to extensive tours and a water circus spinoff.

For his next trick, Rebecchi ventured into new territory with Paranormal Cirque. Soon after opening in 2018, the Halloween- and horror-themed circus and magic show was in high demand, touring nearly 12 months out of the year and selling out in most cities.

“It’s been a constant overwhelming success,” says the show’s spokesperson, Sarah Kessler. “It shows that there’s always going to be that big population of people that love Halloween and love goth and love magic and illusion.”

This show consists of traditional circus acts, such as aerialists, balancing acts, crossbow, hair hangs, contortion and a wheel of death, dressed up with doomsday-like makeup and costumes. There’s also dancing and comedy skits, as well as magic and illusion elements.

8 weekend things to do around Colorado Springs and beyond: Rodeo, Victor Gold Rush, Paranormal Cirque

A narrator ties it all together, with the show’s loose storyline about “the fall of humankind due to his own greed and ego,” reads a press release.

“The idea is it’s something that’s outside the box and pushes the limits,” Kessler said. “But if you took all the makeup away, it’s mostly like a traditional circus.”

As with all of other Cirque Italia productions, Paranormal Cirque is animal- free and focuses, instead, on “testing the strength and sheer will of the human form.”

Most of the show’s 12 or so performers, who also pull double duty as members of the crew, come from a multigenerational circus family.

Because of some of the show’s scenes, it has an “R” rating, meaning attendance is restricted to people 18 and older. People ages 13 to 17 may attend if accompanied by a guardian who is 21 or older.

“The show itself isn’t scary,” says Kessler, but there is some adult language and sexual content.

Plus, there’s a haunted house-style pre-show that she tells people to skip if they scare easily. Outside the tent are decorations such as custom-designed hearses and an ambulance converted into a hotdog cart.

“It draws interest no matter no matter where it is,” Kessler said. “There’s a spectacle to it.”

And for a good reason, as the circus — especially this version — only comes to town so often.

“It’s an escape for people,” she said. “You can see an almost childlike sparkle in their eyes.”

Theatreworks presents the Tony Award-winning play "Lady Day at Emerson's Bar & Grill," a one-woman show starring Cheerish Martin in the iconic role, and accompanied by pianist Earl Schaffer Jr. The play is set in 1959 in a run-down Philadelphia bar, where Holiday sings a string of her famous hits, including the controversial "Strange Fruit," and gets increasingly intoxicated and incoherent as the night wears on.

A pandemic Olympics, without all the crowds: What gets lost?