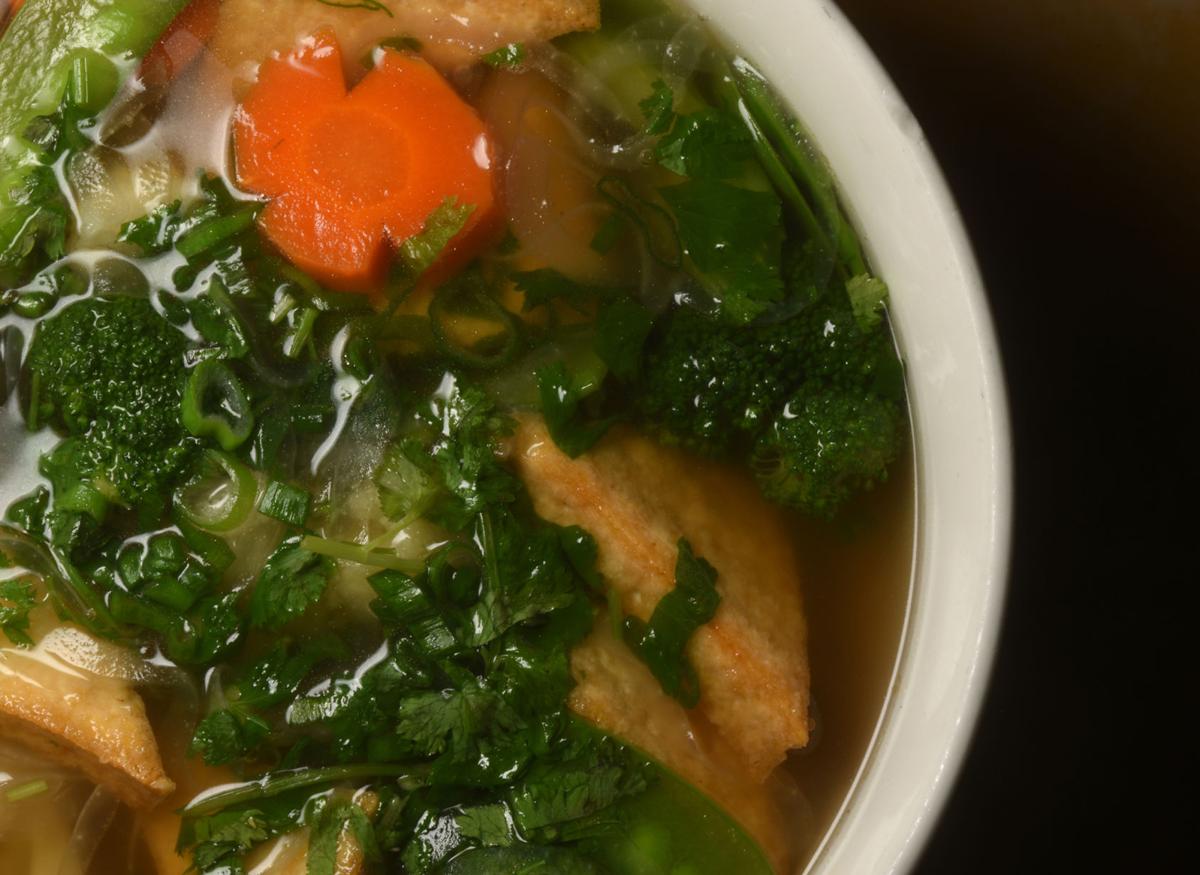 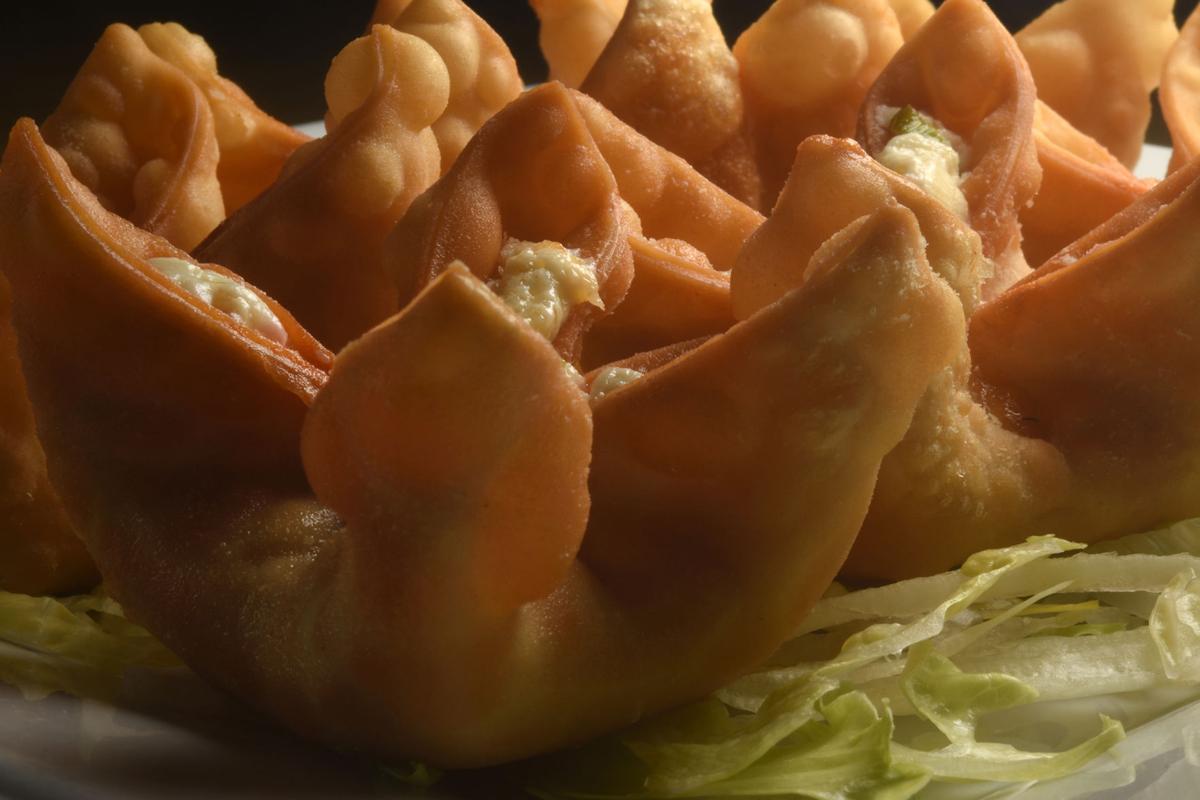 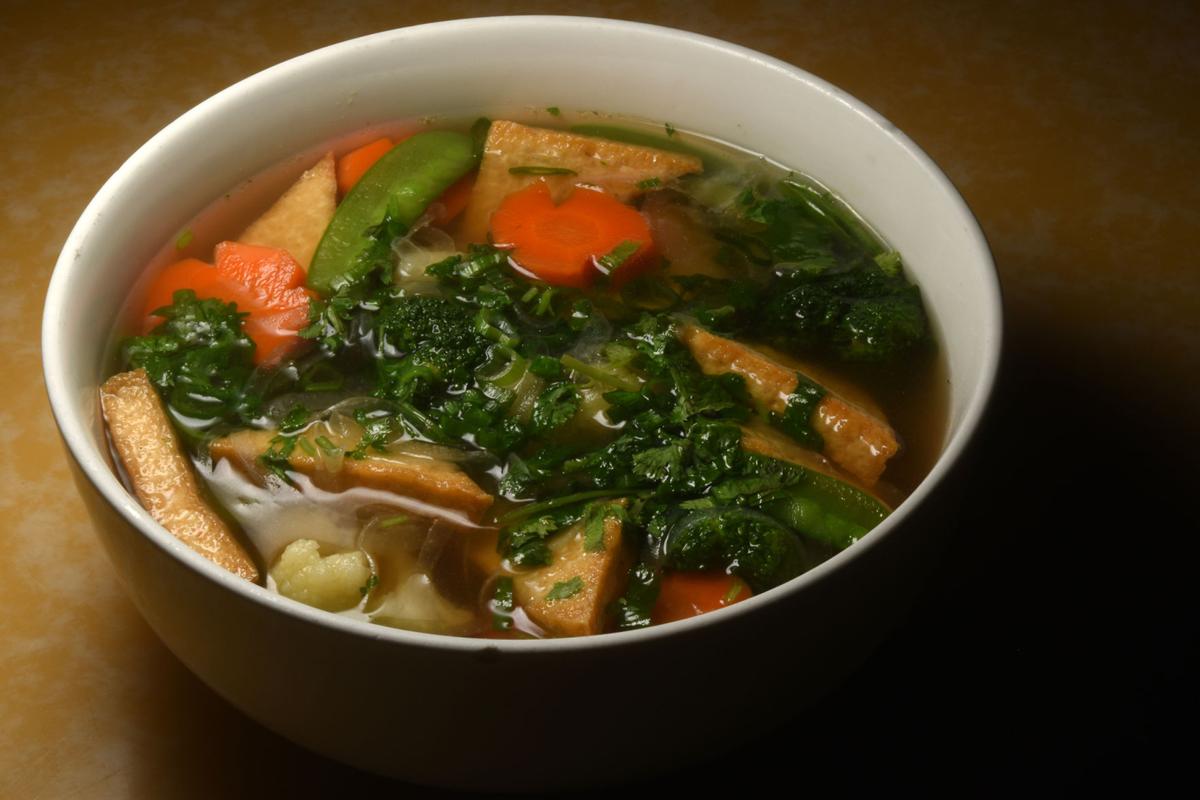 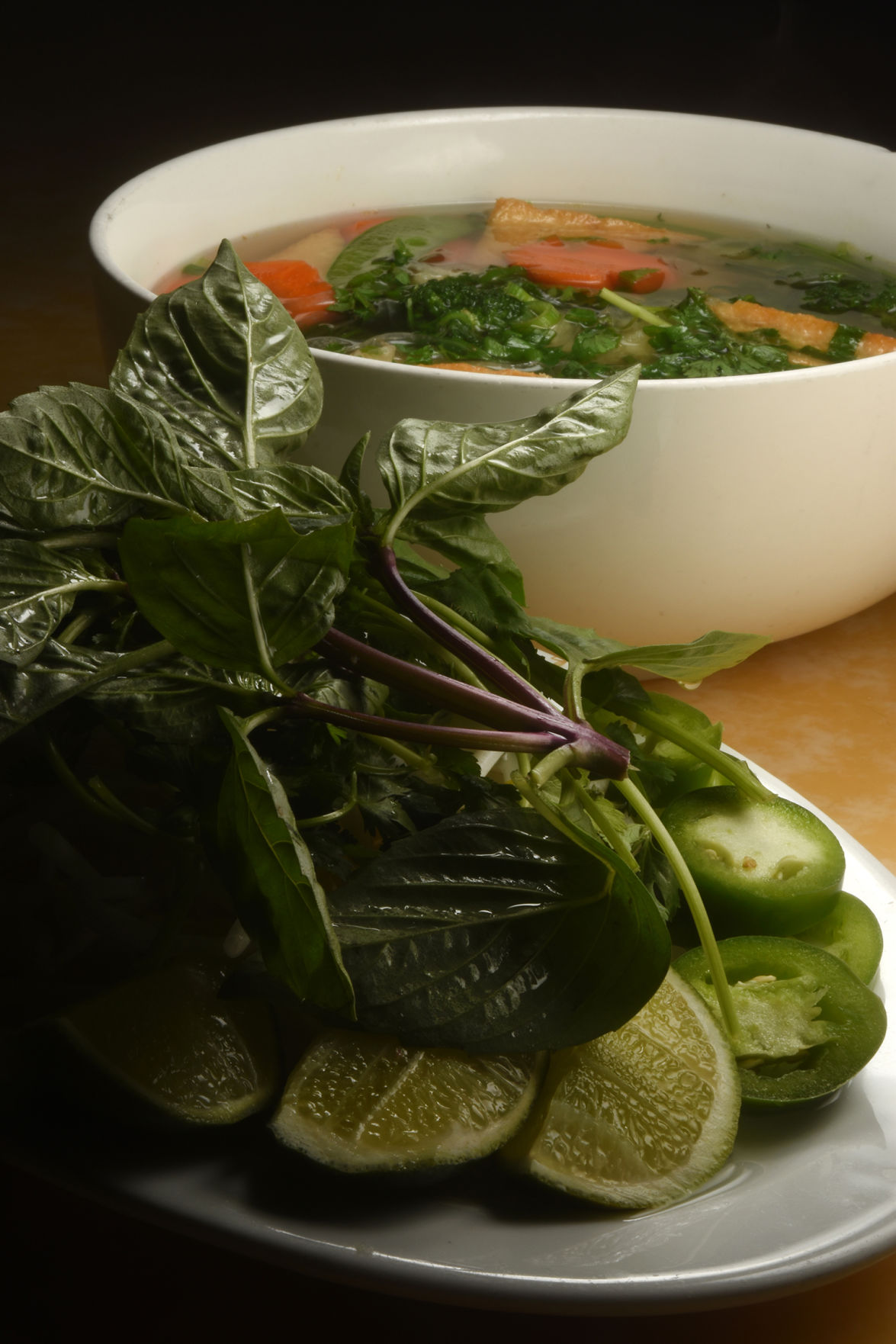 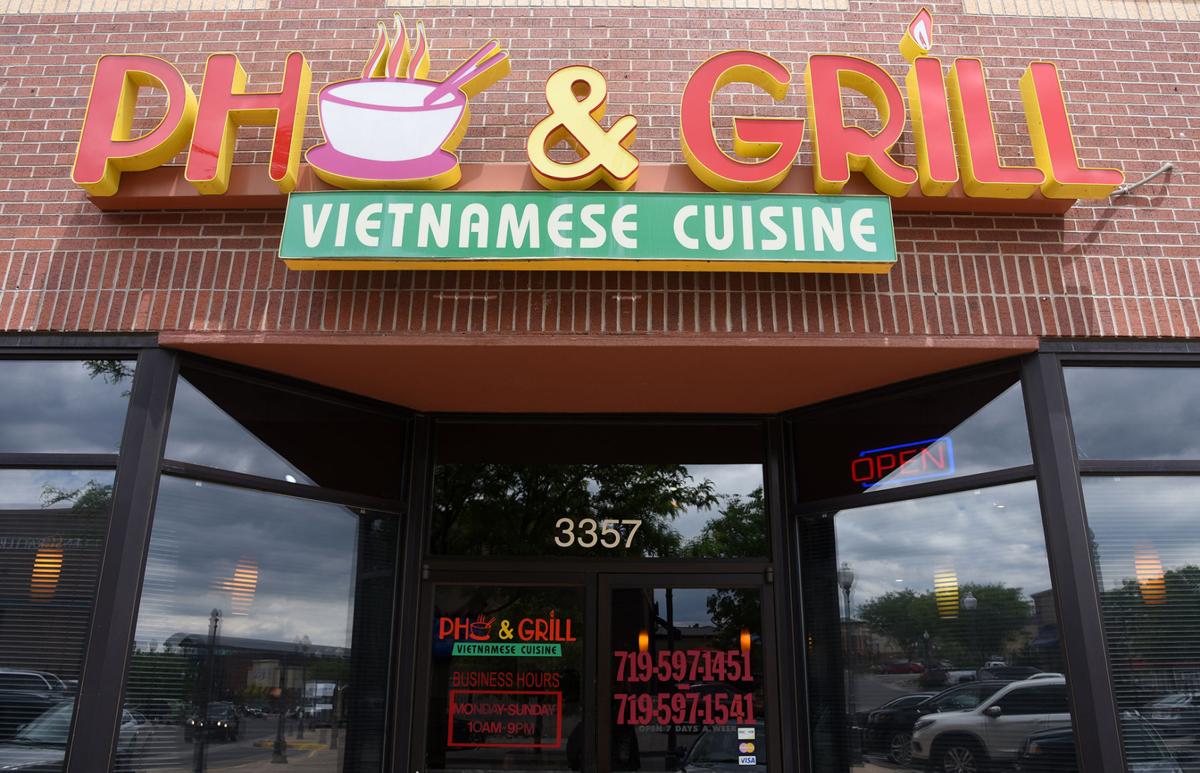 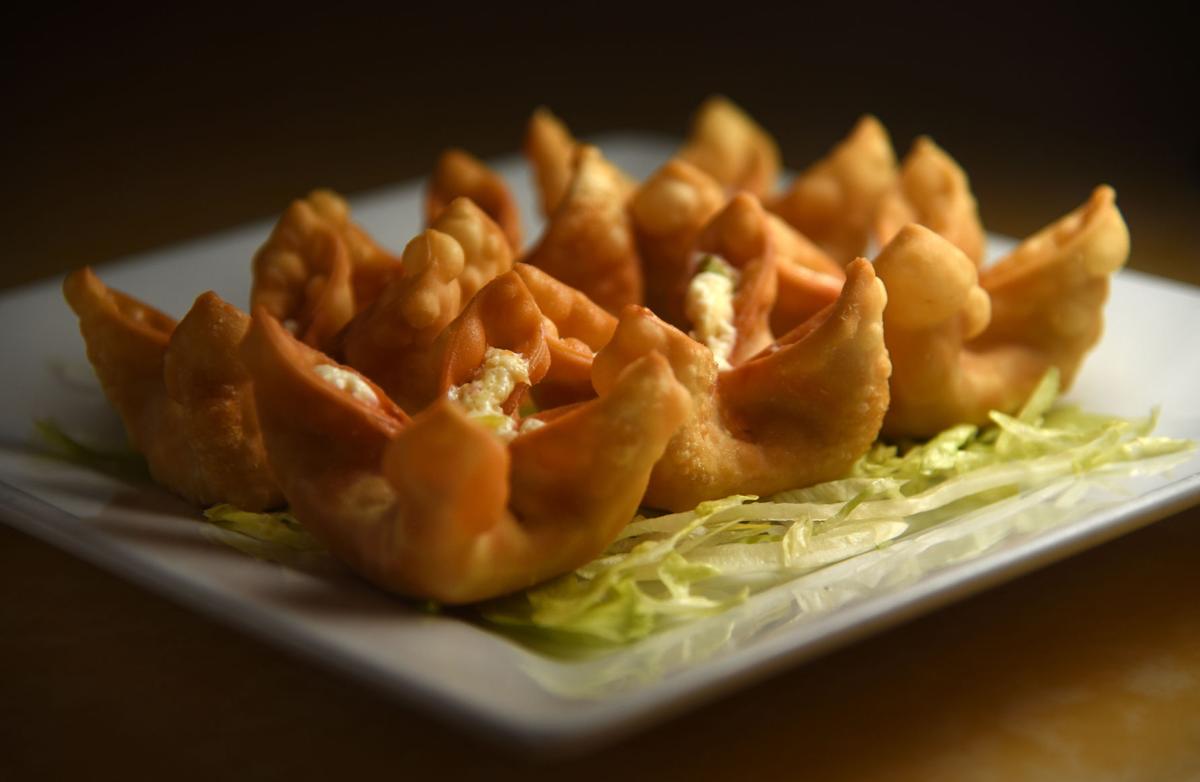 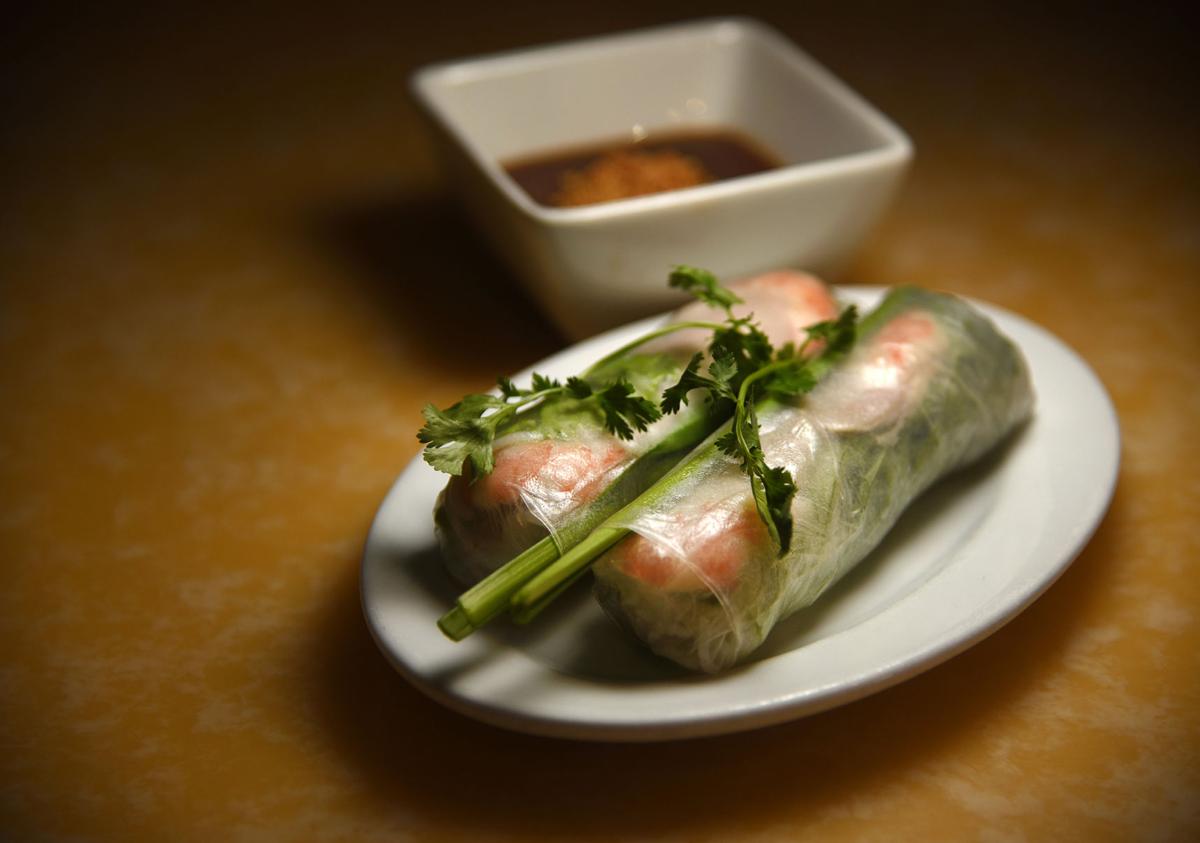 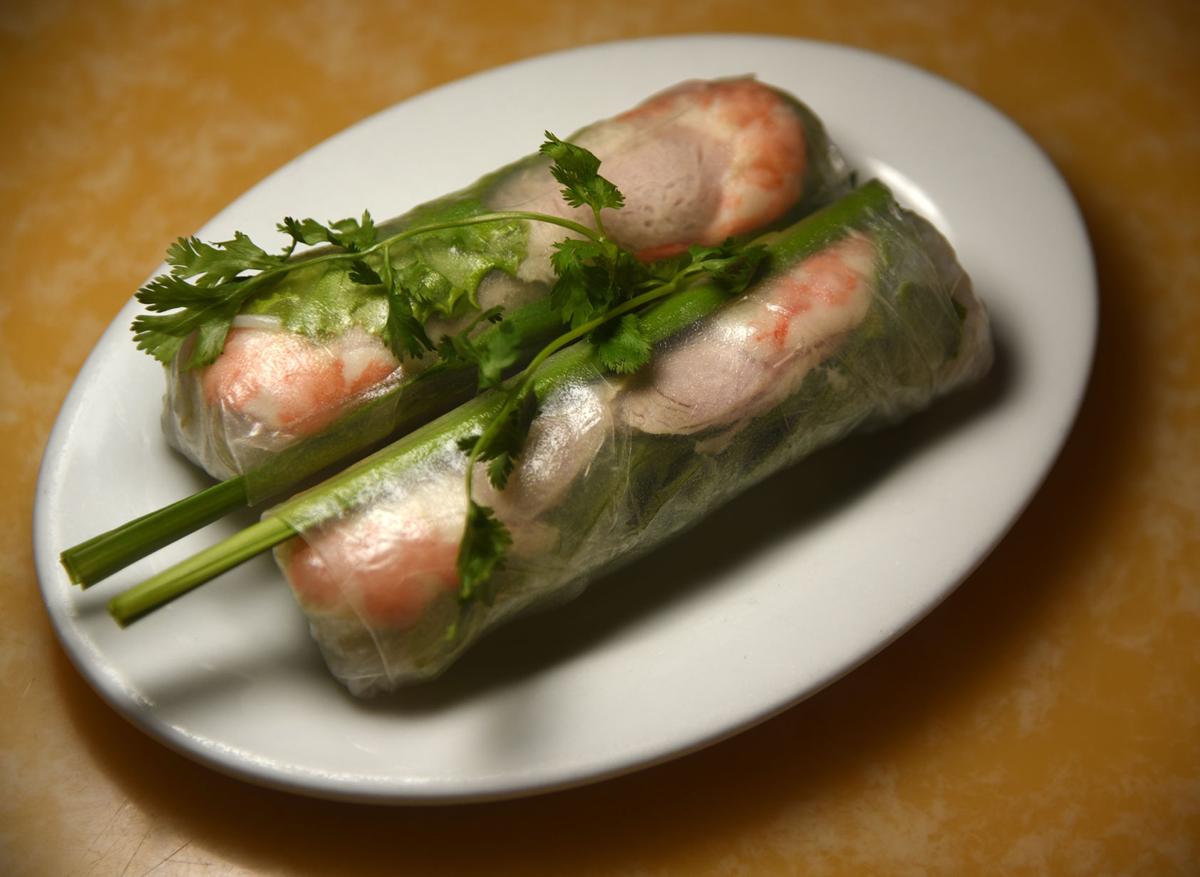 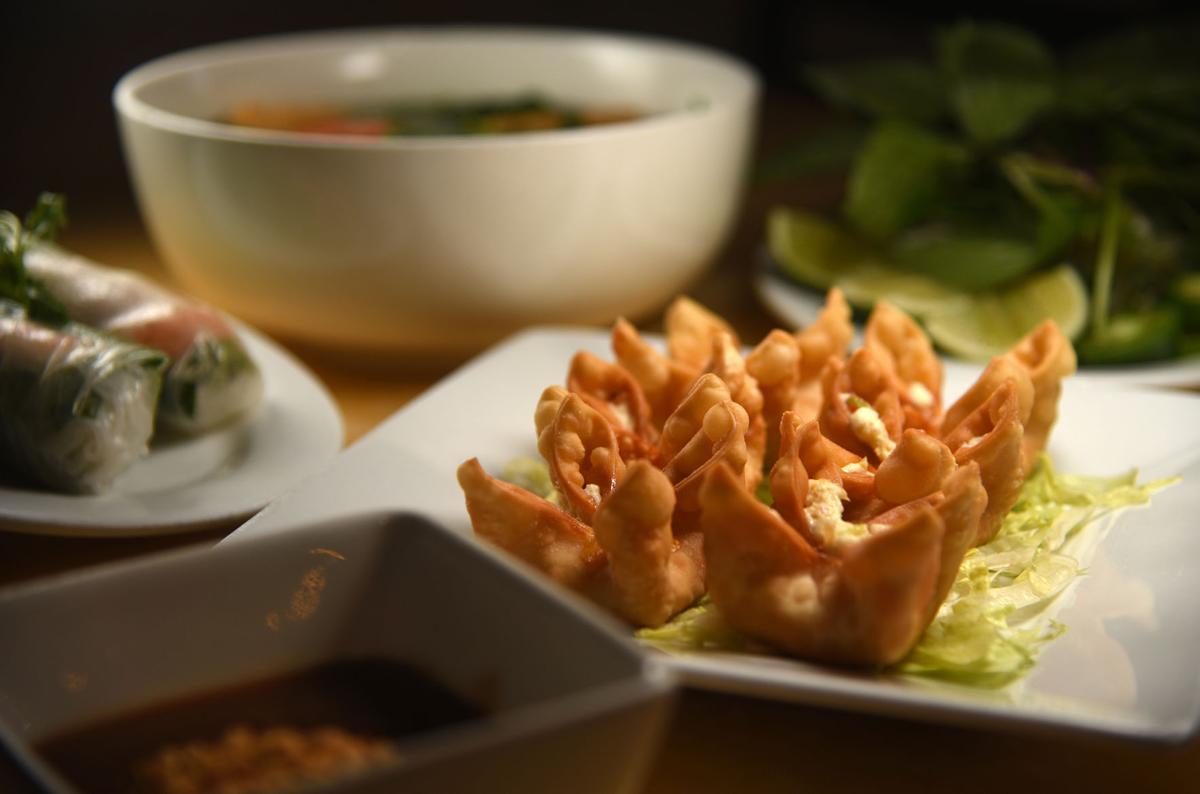 The words “Vietnamese Cuisine” are painted on the door and included on the Pho & Grill menu, but they aren’t necessary.

The food’s origin is obvious from the bowls and plates in front of those already eating, from inhaling aromas and from the packets of chopsticks at the few empty tables. While the menu at this unassuming restaurant at Cinema Point Plaza focuses on its namesake, there’s still plenty of variety when it comes to Vietnamese cuisine options.

Pho, rich broth loaded with rice noodles, comes in three sizes ($7.50; $8.50, $9.50) with 22 possible variations ranging from rare to well-done grilled meats, seafood, chicken, meatball, vegetable and tofu. Regulars seem to know to order by the menu letter/number rather than by the ingredient. (We were initially confused when our server repeated our order as P2, P21, B3 and C2.)

While this might sound like mathematical language, we started with A4 and A8: grilled shrimp spring rolls and crab Rangoon. What distinguishes the former from egg rolls are the thin, transparent rice paper wrappers, and they are typically not fried. Ours were filled with substantial pieces of shrimp and fresh vegetables, including bean sprouts, shredded carrots and lettuce. Peanut sauce is served on the side for dipping.

Crab Rangoon are deep-fried — but not greasy — wontons filled with cream cheese and pieces of crab.

P2, aka rare steak, is one of the more popular phos, according to our server. Thin slices of steak actually continue to cook in the hot beef broth, so unless very well done is a preference, it makes sense that the rare option is so well-liked.

Pho literally would not be complete with the plate of accoutrements featuring fresh Thai basil, lime slices, cilantro, bean sprouts and jalapeño. The table also was stocked with several condiments, such as soy sauce and Sriracha, for additional flavoring. The best thing about pho: It’s all a matter of taste.

P21, the vegetable and tofu version, features a produce section of fresh carrots, cauliflower, broccoli, snow peas and onions, along with small triangles of tofu. The broth is milder, clearer than the traditional. Jalapeño and Sriracha remedied that.

Fresh rice noodles are part of most of the entrees, not only the pho. It makes sense they’d be part of the vermicelli-bun (noodle bowl), with several protein options available. We chose grilled chicken ($9.75), although the egg rolls bowl ($9.75) and the house special ($10.75) had appeal. The latter combines chicken, beef, pork, egg rolls and shrimp. After tasting the chicken, cut in slices with perfect char marks and a subtle soy sauce-based marinade, I wasn’t disappointed. Still, I look forward to trying other varieties.

Noodle bowls are a combination of meat with lettuce, cucumbers, carrots and cilantro. The fish sauce added a sweet and salty element to the dish.

Rice plates are the deviation. The same combination of grilled meats, shrimp and egg rolls are offered with rice instead of noodles. The pork ($9.75) was dry and our least favorite. A small bed of lettuce topped with sliced tomatoes, shredded carrots and cucumbers did little to enhance the plate.

My advice: Stick to the dishes with the noodles.

Service is attentive. It seemed every employee stopped by our table at least once either to deliver food, refill water glasses or remove empty dishes.

Pho & Grill feels like a quiet refuge from all of the activity at the popular Cinema Point Plaza.

Despite having a party of 65 seated shortly before us at Border Burger Bar in Manitou Springs, there was a silver lining. The staff, from the …