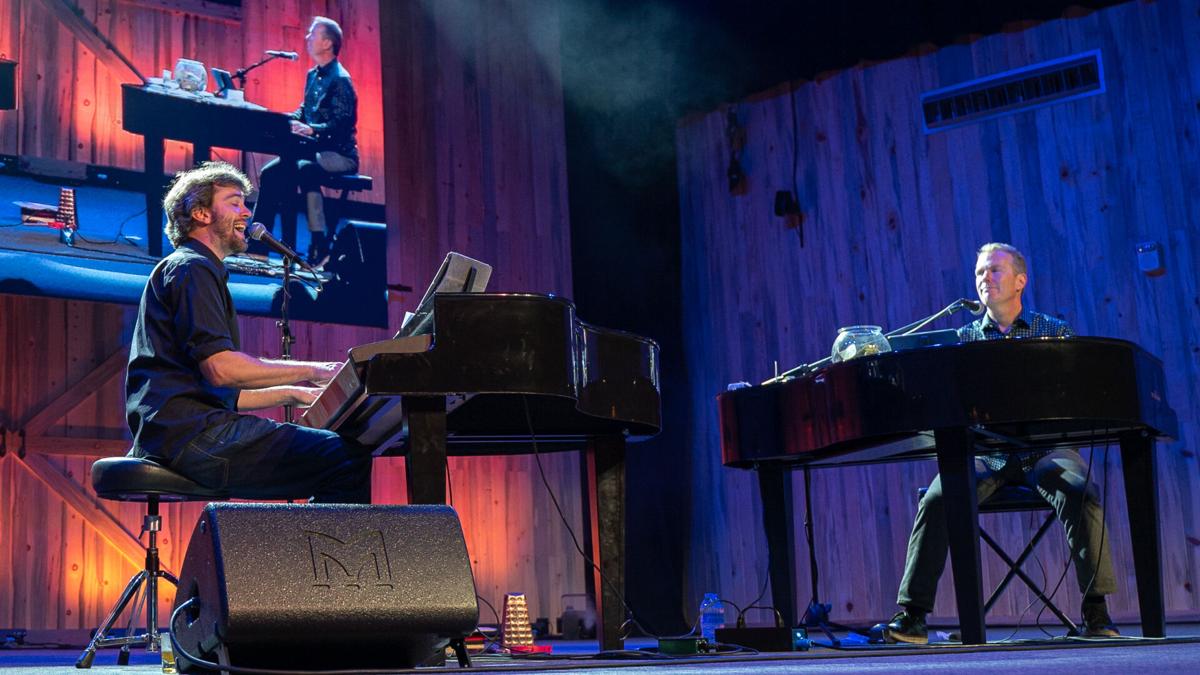 Kevin McHugh and Dave Grimsland take audience requests and go back and forth during a dueling pianos show. Courtesy Denver Piano Shows 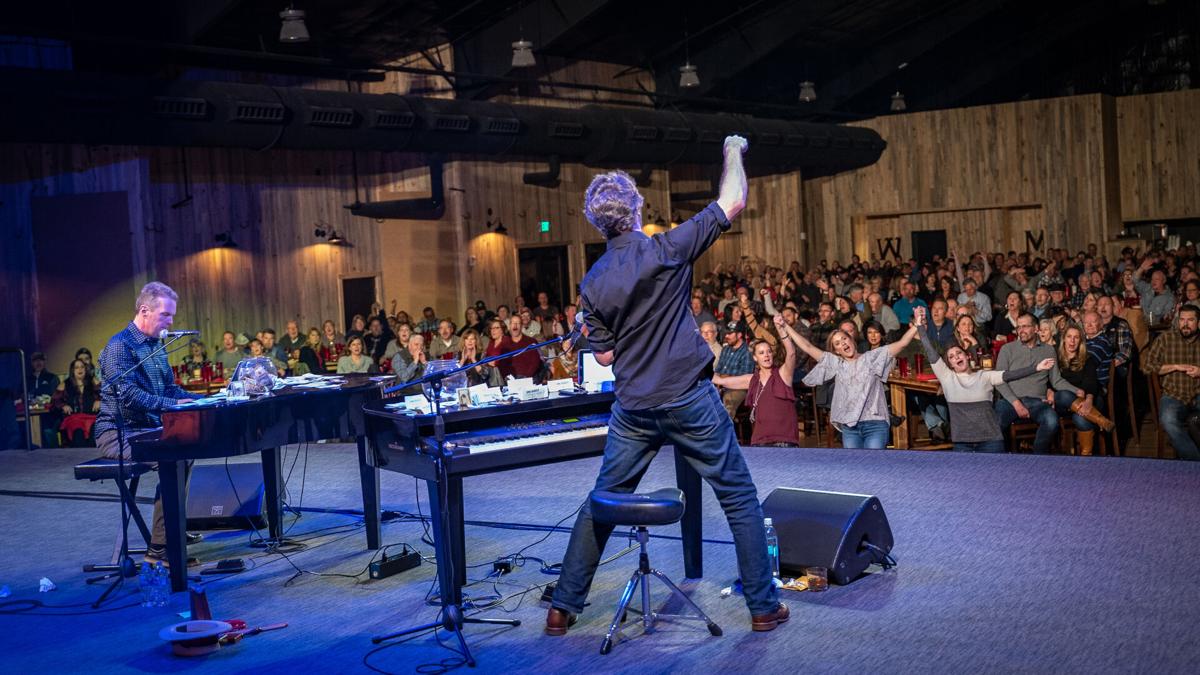 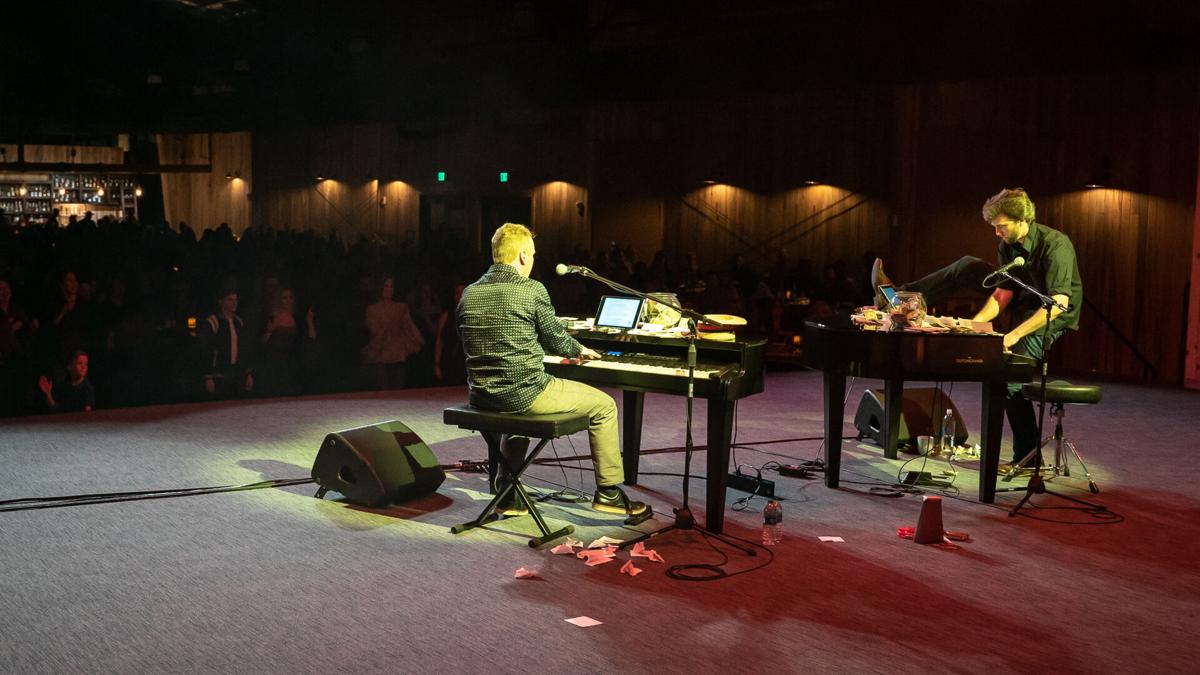 Dave Grimsland and Kevin McHugh perform music from all genres during a dueling pianos show. If they don’t know a song, they look it up, listen to it and play it by ear.

Kevin McHugh and Dave Grimsland take audience requests and go back and forth during a dueling pianos show. Courtesy Denver Piano Shows

Dave Grimsland and Kevin McHugh perform music from all genres during a dueling pianos show. If they don’t know a song, they look it up, listen to it and play it by ear.

There are no gunslingers here. Only two pianos and the musicians who know how to play them.

Dueling piano shows have been around for years, and there’s a reason why: People eat them up. The notion of singing along to pianists who seem to know every song the audience craves pulls in the crowds.

Dave Grimsland has firsthand knowledge of their popularity. He’s performed as a solo piano player who has sung the gamut every Thursday and Friday night at The Broadmoor’s Golden Bee gastropub for more than a dozen years. About three years ago, he decided two pianists might be better than one, and launched Denver Piano Shows, which heads out around the state to do dueling piano shows.

The setup is simple: two pianos and two pianists trading songs back and forth. One performs while the other takes a back seat, possibly studying up on the next song request, if he hasn’t played it in a long time or maybe never. But that’s when iPads, music charts and the innate ability to play by ear come in handy.

Grimsland and a sidekick (the lineup fluctuates) first played Boot Barn Hall at Bourbon Brothers in November and promptly sold the venue out. They’ll return for shows on Saturday and Aug. 14.

“People like memorable experiences, especially when it’s interactive,” says Grimsland, who lives near Boulder. “It’s much different than going to a concert where you sit and watch and sometimes can’t even make noise. Dueling pianos pushes people to let loose and have good, old-fashioned fun.”

The duo are familiar with scads of material. Grimsland knows the older stuff, such as Rat Pack tunes, classic rock, Motown and songs from the ’50s to ’90s. He usually brings along a younger performer who’s more up on modern music. They might not know every song request, but they do their best to figure it out.

“I was asked to play ‘Old Town Road,’” says Grimsland about the Lil Nas X and Billy Ray Cyrus song. “I had to look it up. I’d heard it on the radio, but couldn’t remember all the words.”

Grimsland was a very reluctant newbie piano player at 5, when his mom forced lessons on him. By 11, she grew weary of his complaints and told him he could quit. But a short time later, he was at a friend’s house, where his mom was giving piano lessons. Only this wasn’t the classical music Grimsland had been required to practice. This was The Beatles. His world changed. He went back to taking lessons, learning the music he loved.

He’s been playing piano professionally for more than 25 years, whether it’s sing-a-long shows or solo gigs where he provides background music. It’s not his full-time gig, though. During the day he works for the Bright by Text nonprofit in Denver and serves on the board of directors for the Autism Society of Boulder County, inspired by one of his 15-year-old triplet sons who has autism.

Music serves as a way to bring some joy to the world around him.

“I enjoy making people laugh and going home happy,” he says. “There’s so much stress in the world. It’s all we can do to help each other out through these hard times.”

Reaction to the death of Hank Aaron

Aaron lauded for grace amid racism during home run pursuit

NBC to shut down NBC Sports Network at end of 2021