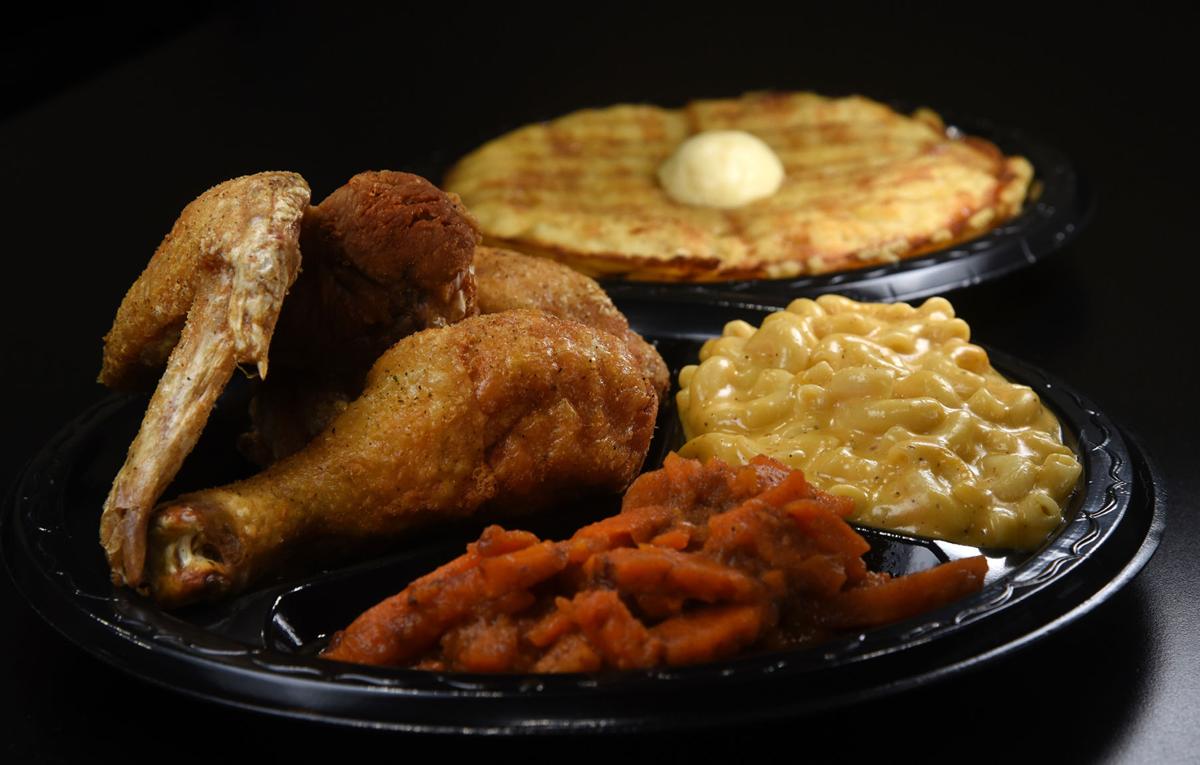 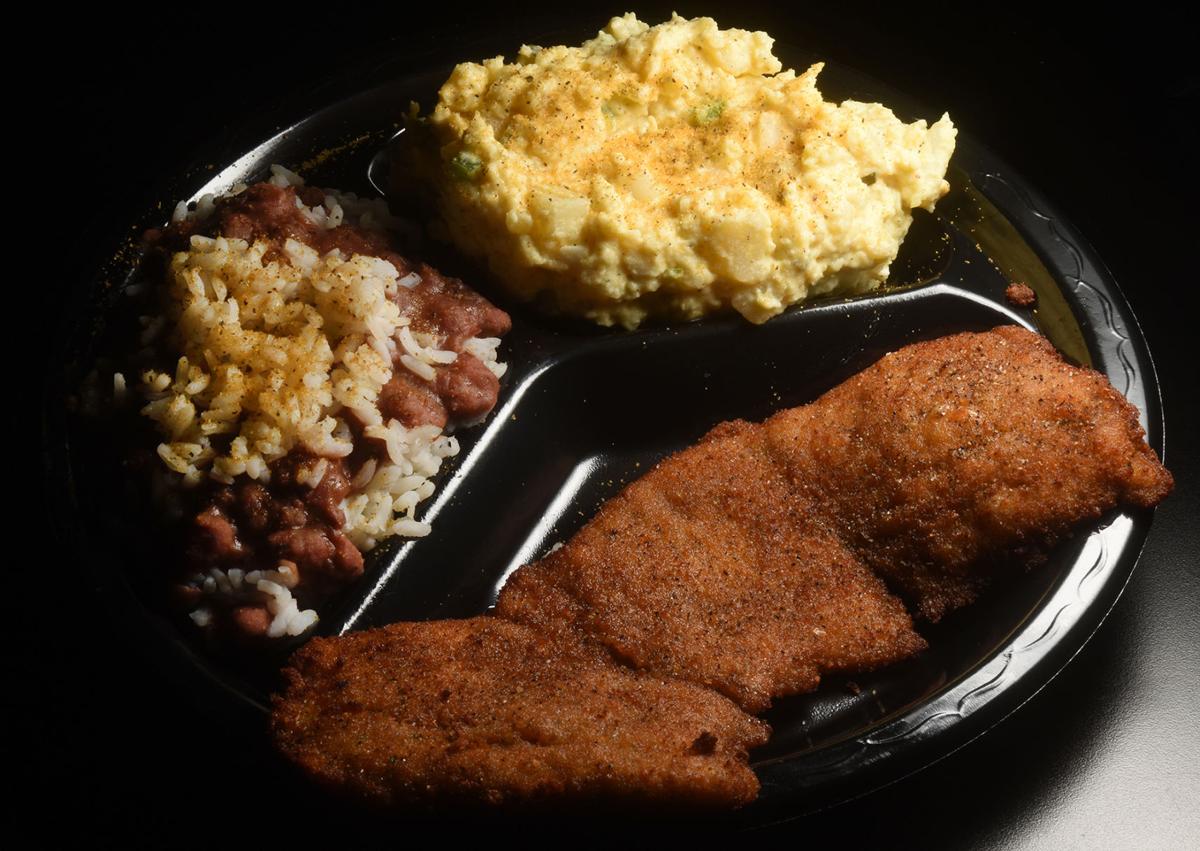 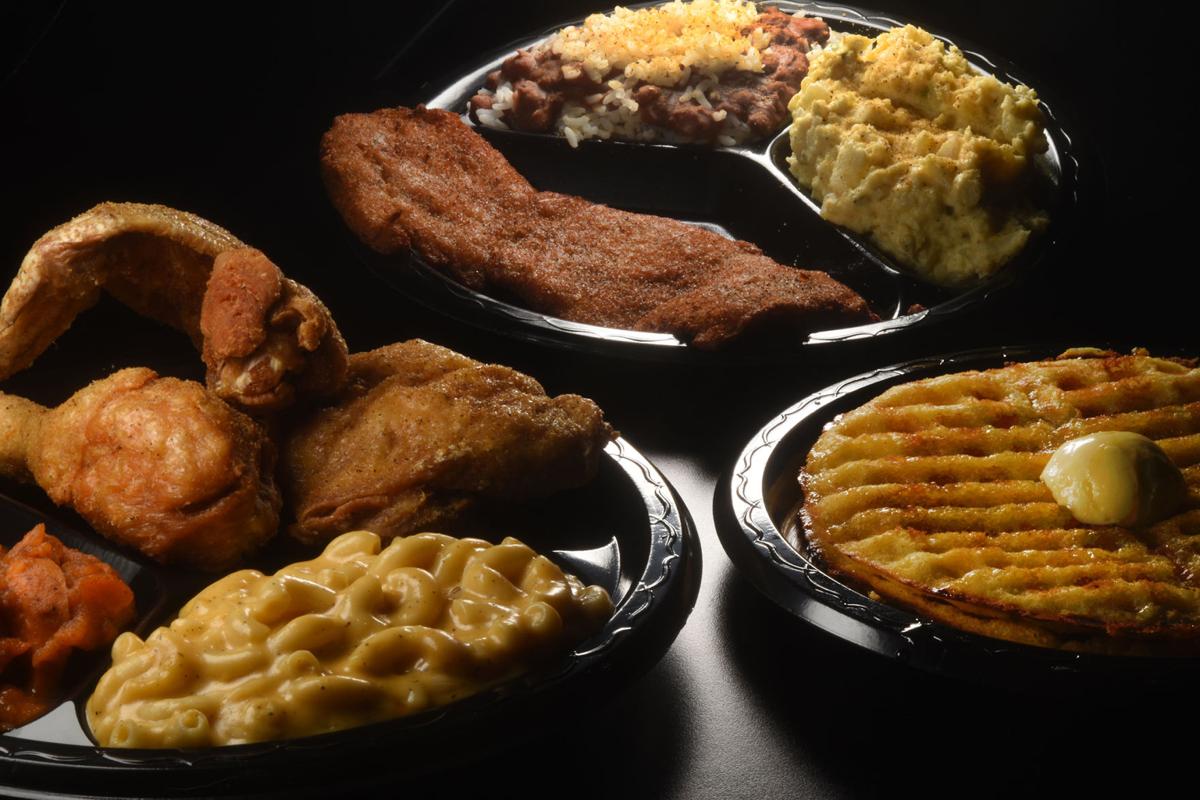 Except for a breakfast entree, everything at Al’s Chicken and Waffles revolves around chicken. Mac and cheese, potato salad and rice and beans are among the sides available. 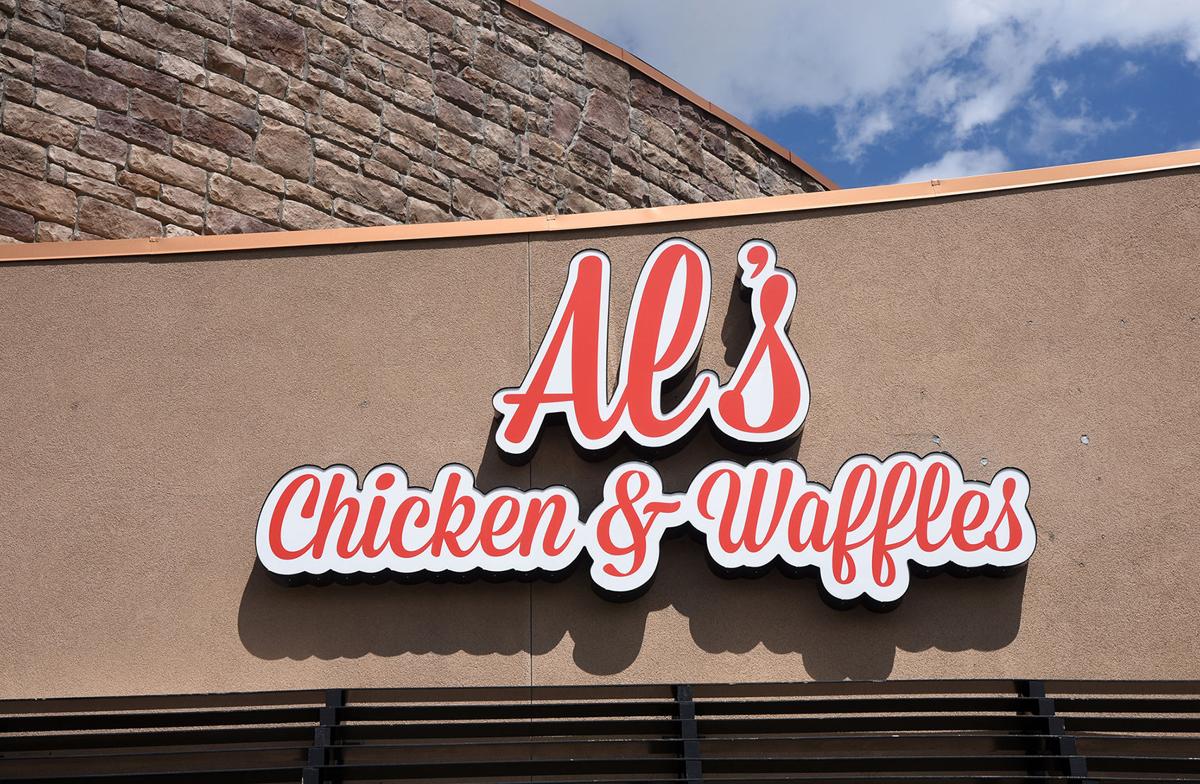 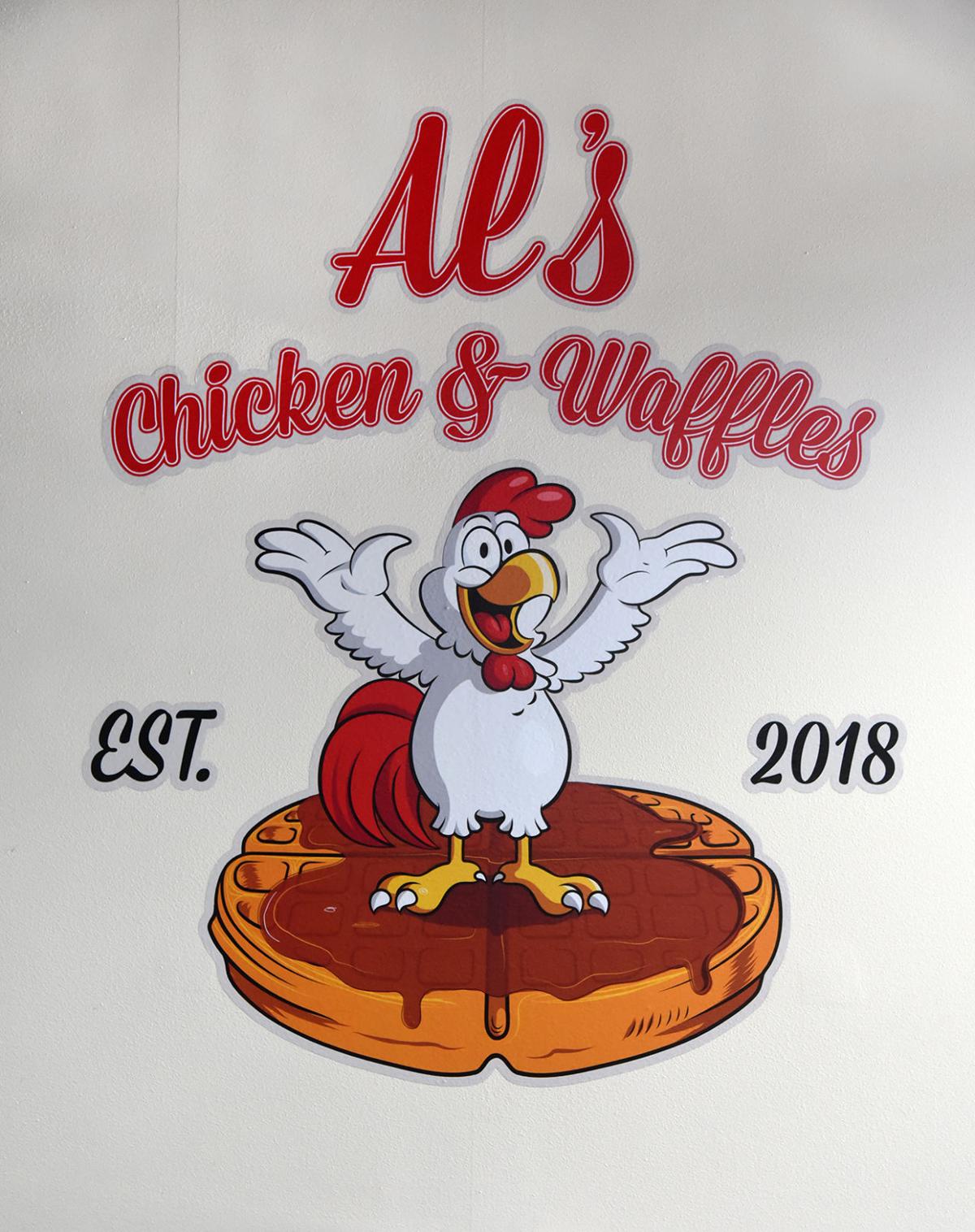 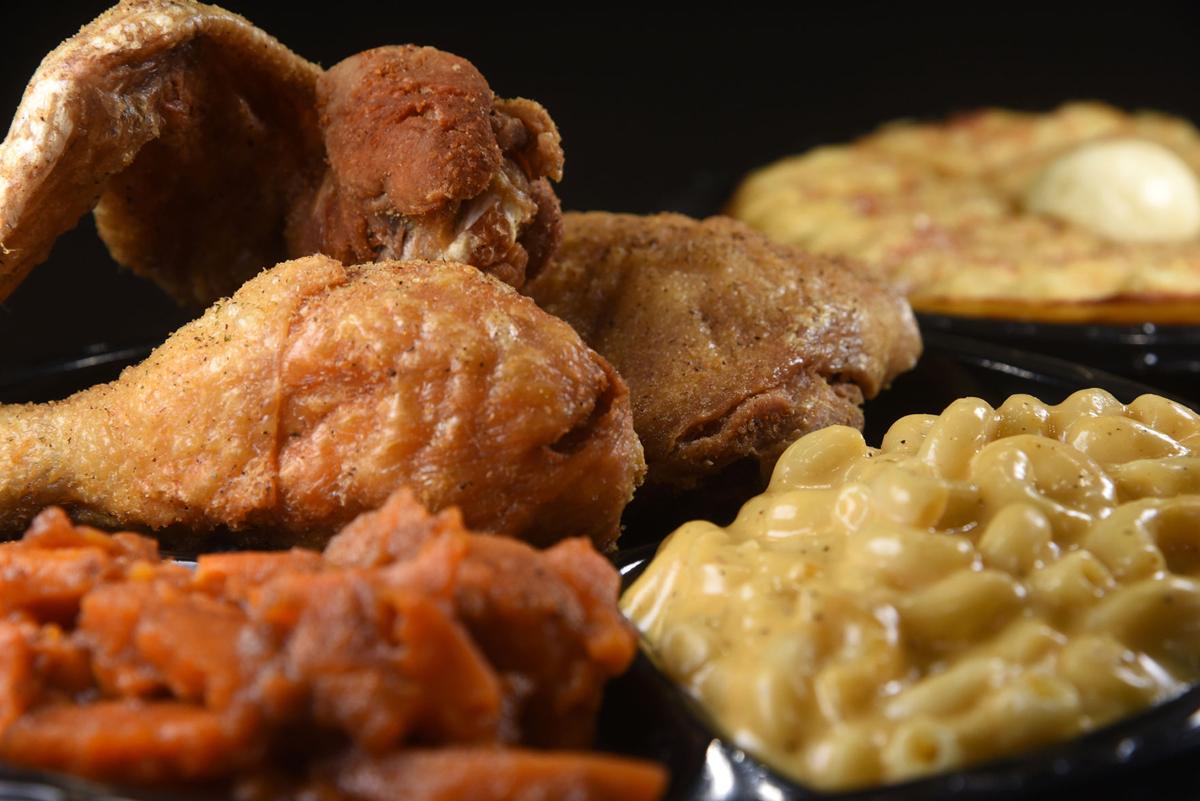 Three-piece fried chicken with waffle, served with mac and cheese and yams, at Al’s Chicken and Waffles. 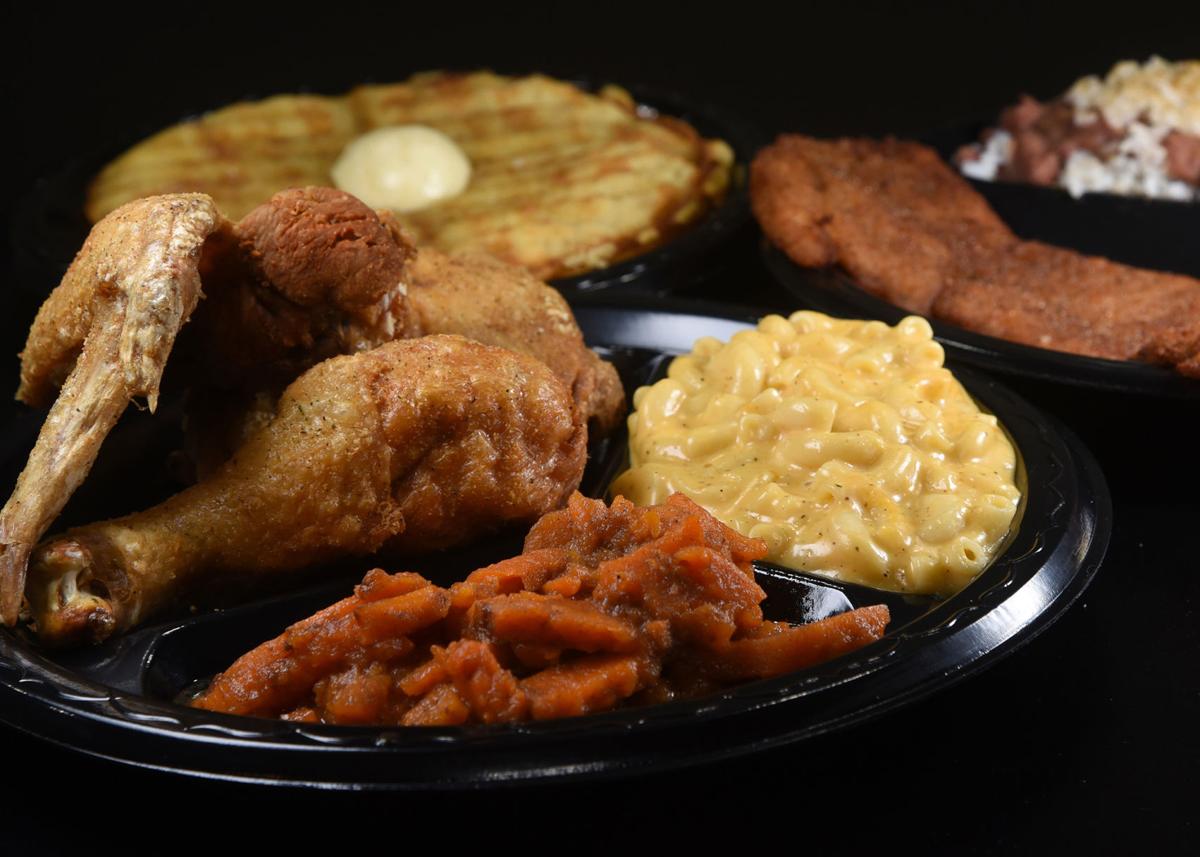 Except for a breakfast entree, everything at Al’s Chicken and Waffles revolves around chicken. Mac and cheese, potato salad and rice and beans are among the sides available.

Three-piece fried chicken with waffle, served with mac and cheese and yams, at Al’s Chicken and Waffles.

Plastic cutlery, Styrofoam plates and placing orders at the counter all scream fast food, but at Al’s Chicken and Waffles, it’s the food that rates, not the speed at which it’s served.

Bring a companion who enjoys conversation, or sit back and watch one of the two televisions, because there will be a wait. We didn’t time it but were told to plan on 20 minutes. This might be difficult because, thanks to a glassed-in kitchen, diners can watch the cooks in action. This is also part of what separates Al’s from other quick-prep places: The chicken and waffles are cooked to order.

The wipe-board menu greets customers, along with an unobstructed view of chicken pieces before and after they meet the deep fryer. Except for a breakfast entrée, everything revolves around chicken: Chicken schnitzel, dark or white meat, and the number of pieces are the options. The only real choices to make, since waffles are part of most menu possibilities, have to do with the house-made sides.

Ordering fried chicken was a no-brainer. We opted for three pieces of dark meat with sides of mac and cheese along with potato salad ($12.99), and the schnitzel with red beans and rice and home fries ($13.99). Because we were interested in more of the sides, we also sampled the yams and french fries ($2.99 each). The former were sweetened with cinnamon and nutmeg; the fries were less special.

The three-piece plate held two bronze-crusted drumsticks and one thigh. The brittle skin gave way to juicy meat, evoking images of a Southern family Sunday supper. Al’s Chicken and Waffles might conjure thoughts of the South, but its home is in the Citadel Crossing.

The mac and cheese was gooey and golden yellow, not the box variety, though processed cheese most likely is the color source. Diced hard-boiled egg, pickles and bell peppers added texture and flavor to the mayo/mustard-based coating of the potato salad. I’m not sure when I’ve had a better version of this picnic/potluck favorite.

For the schnitzel, a chicken breast is pounded thin, coated with what’s referred to as Al’s secret seasoning, then quickly fried. It, too, was crispy and tender.

Red beans and rice make for a filling side, but the home fries were undercooked, which was disappointing since the onion and peppery seasoning created a savory combination.

The only other disappointment was the late arrival of the waffles. They weren’t brought to our table until we were halfway through our meal. We watched as the batter was poured in the round waffle makers associated with motel breakfast buffets. Gratefully, that’s where the similarity ended. Crusty and soft with a subtle sweetness, I only wish these had been on the plate with the chicken.

During our wait, we watched takeout orders picked up by several food delivery services. During our meal, only a few dined in. Besides the ability to watch the cooks in action, there isn’t much in the way of ambiance, so to-go may be, well, the way to go.

Finding Grinder Sandwich Co. is difficult, as is deciding what to order once you finally get there. Yet this unpretentious breakfast and lunch…