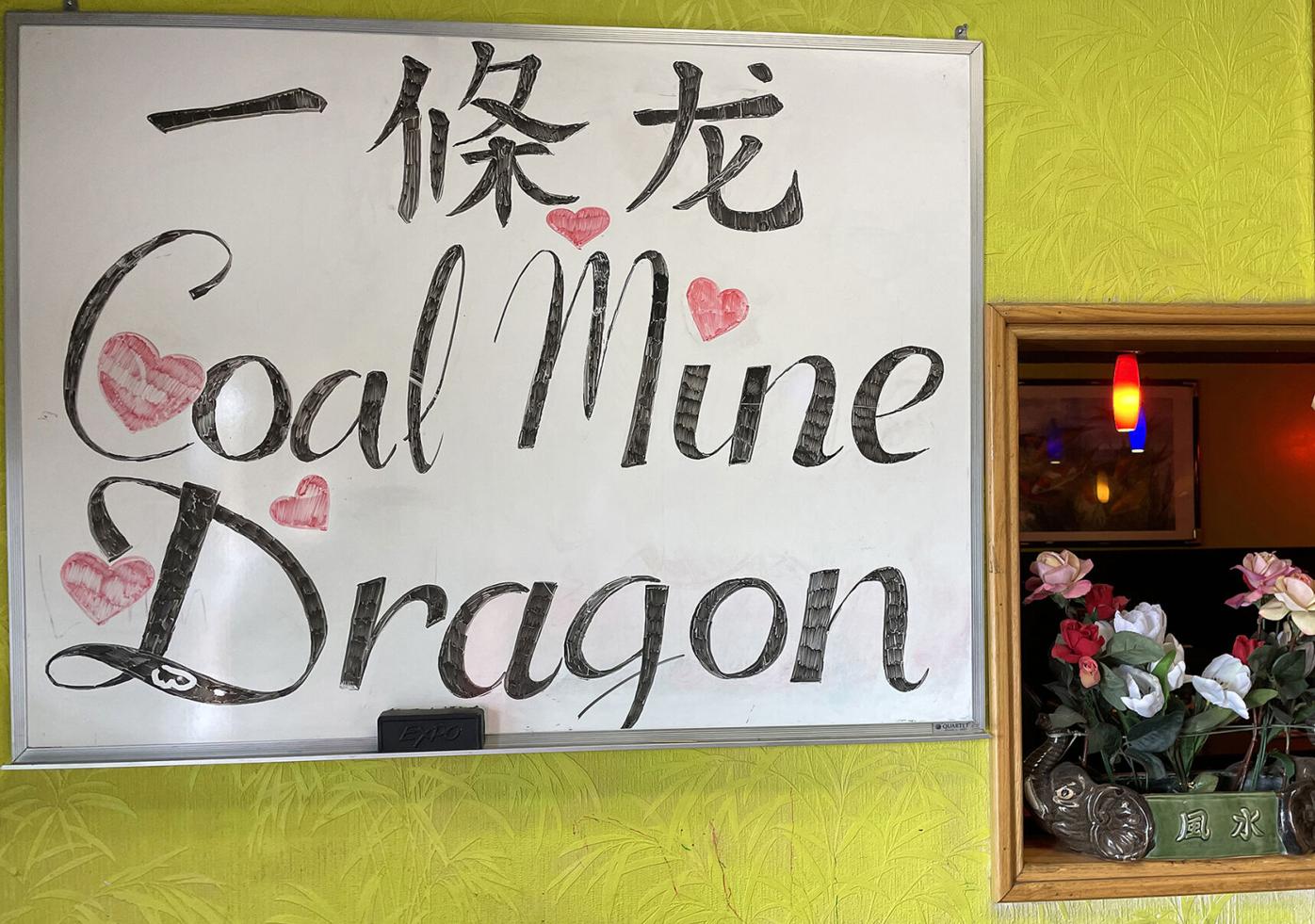 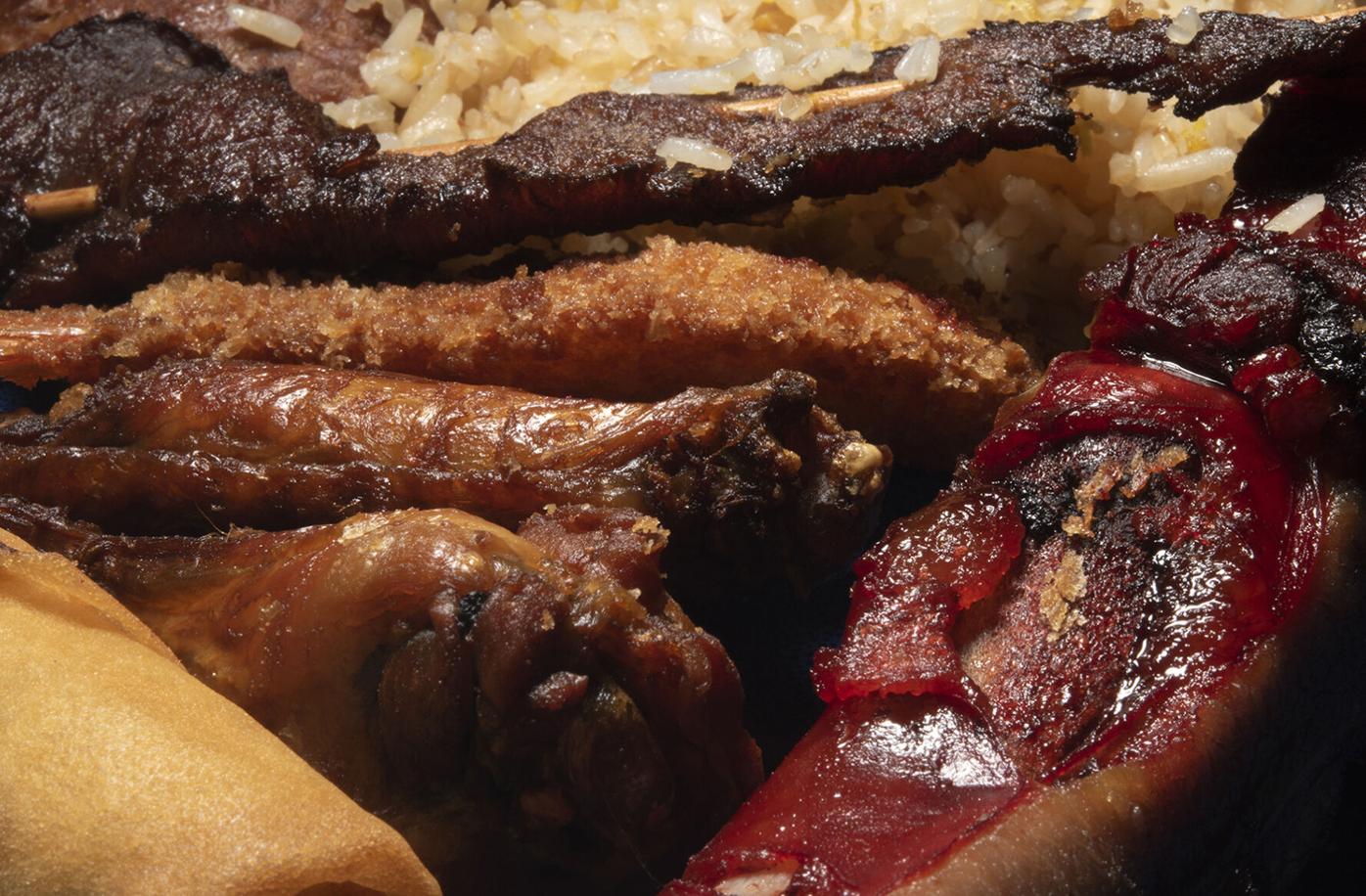 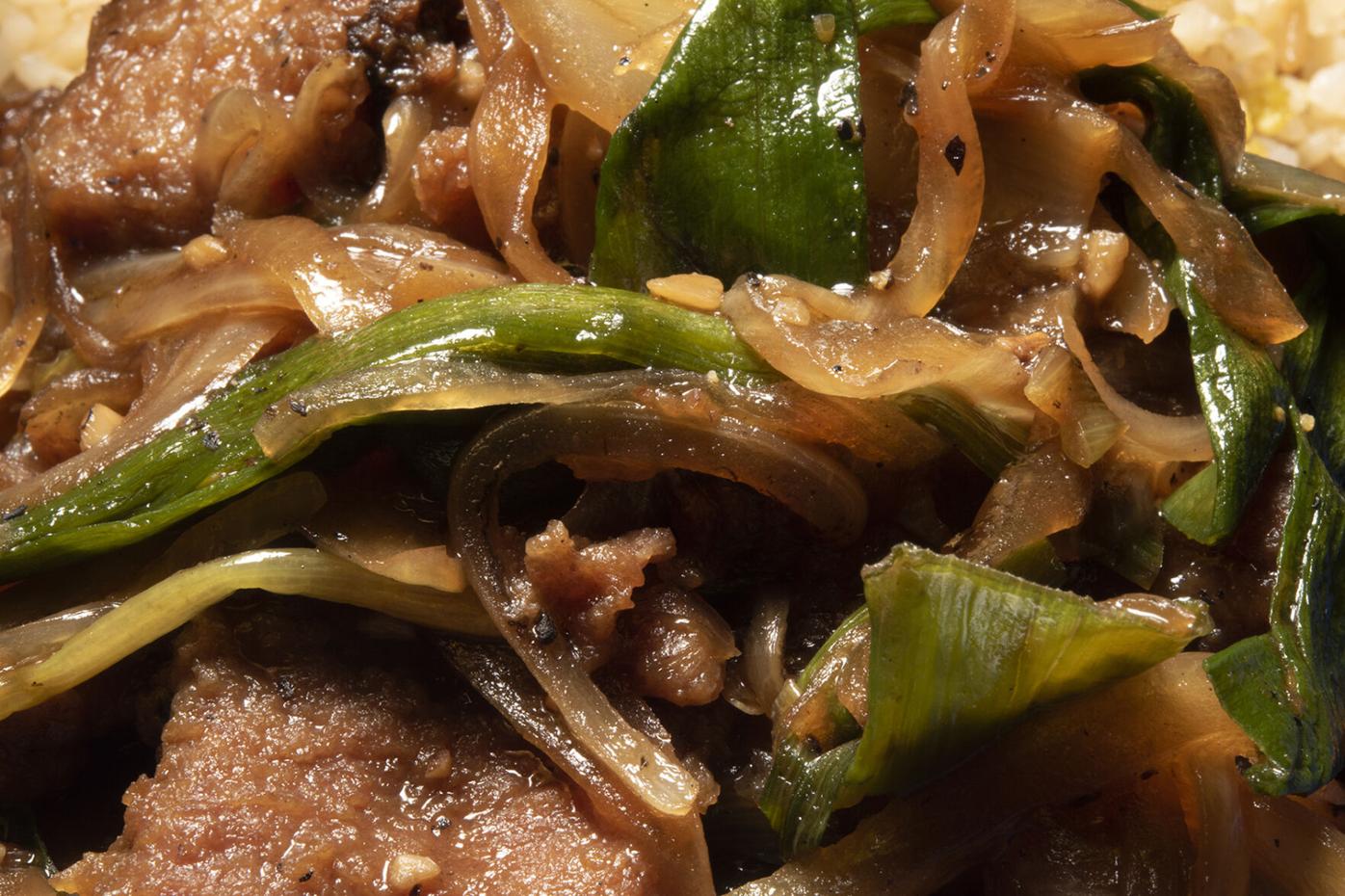 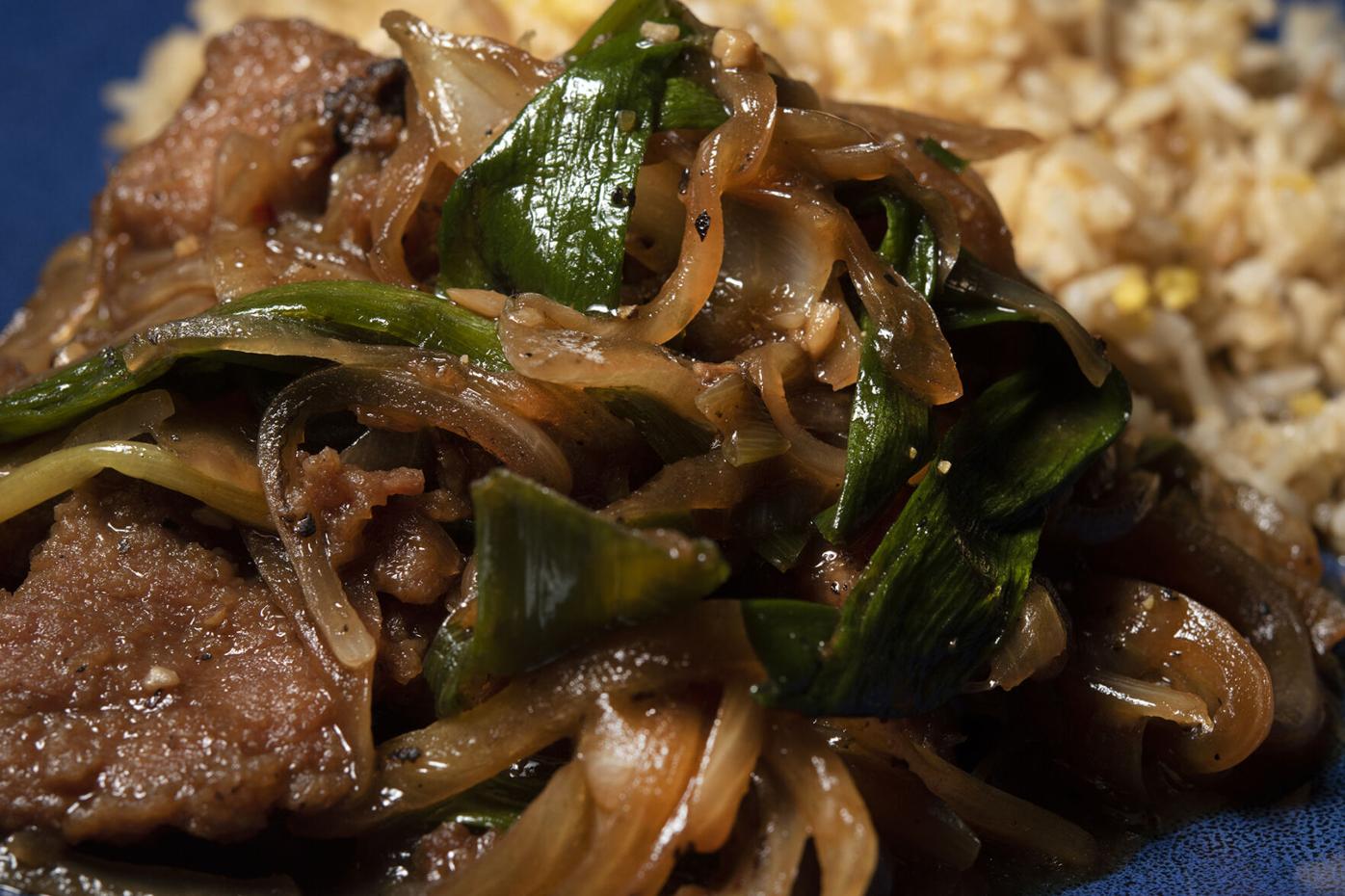 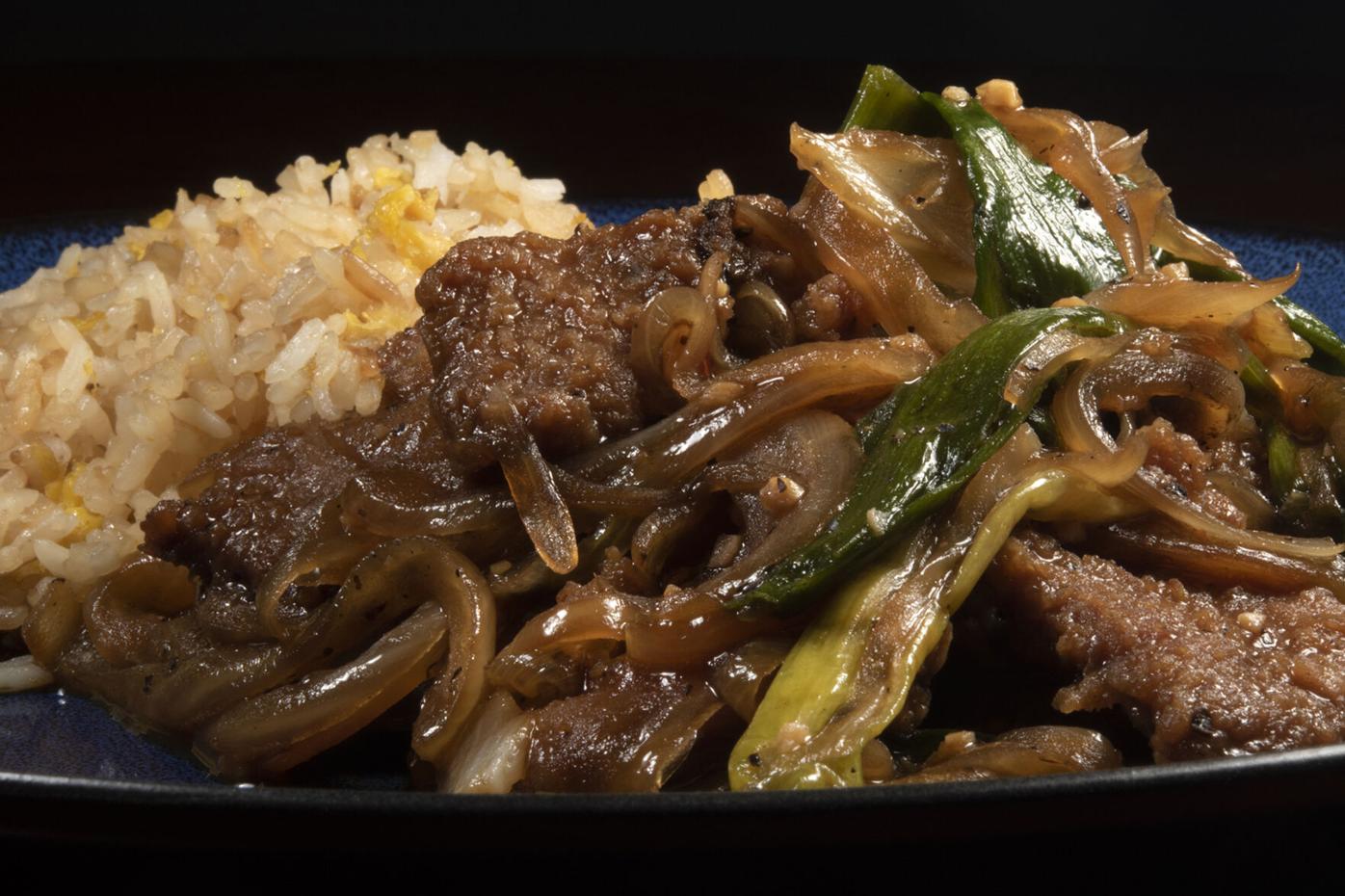 Sizzling beef with scallions and fried rice at Coal Mine Dragon Chinese Restaurant. 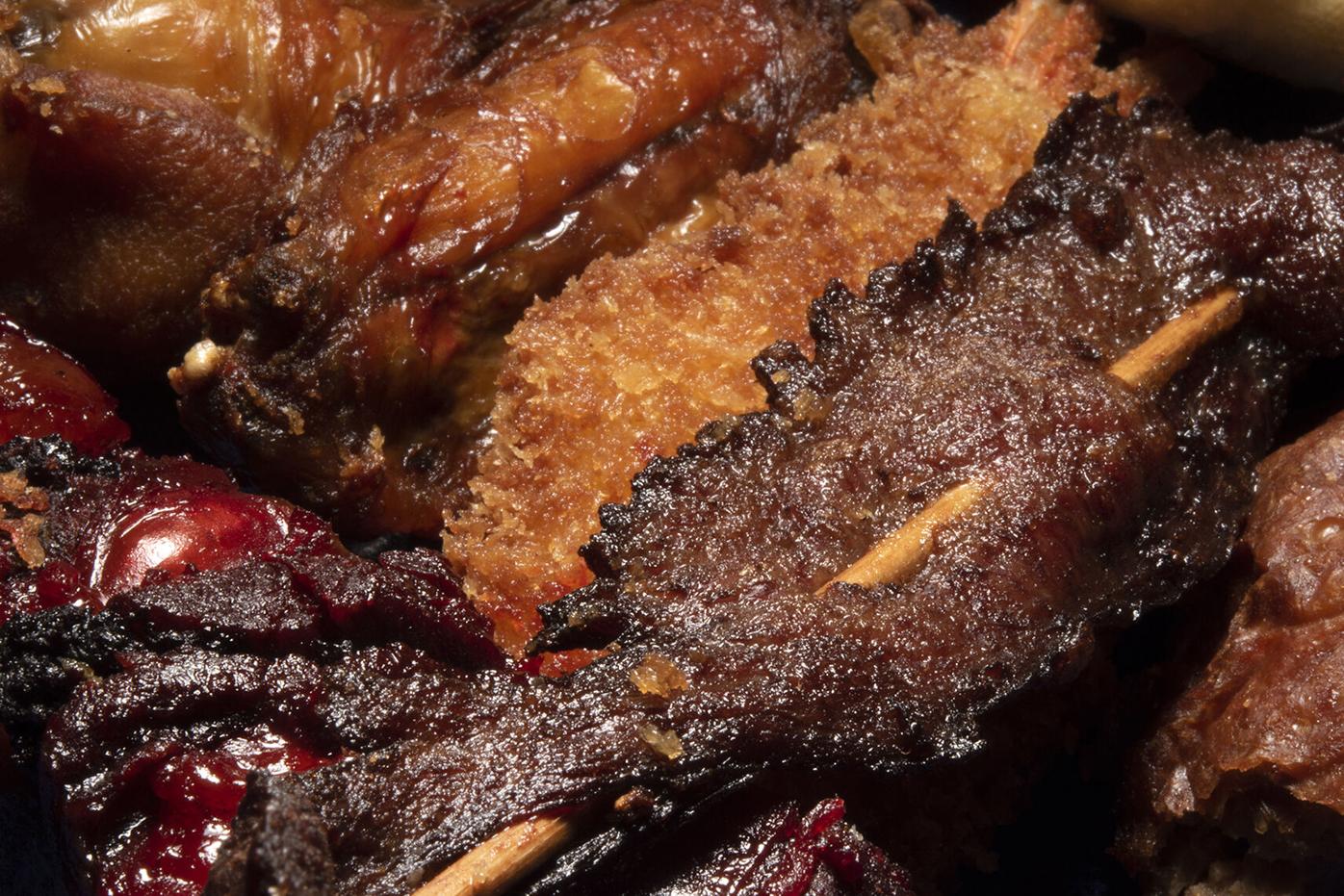 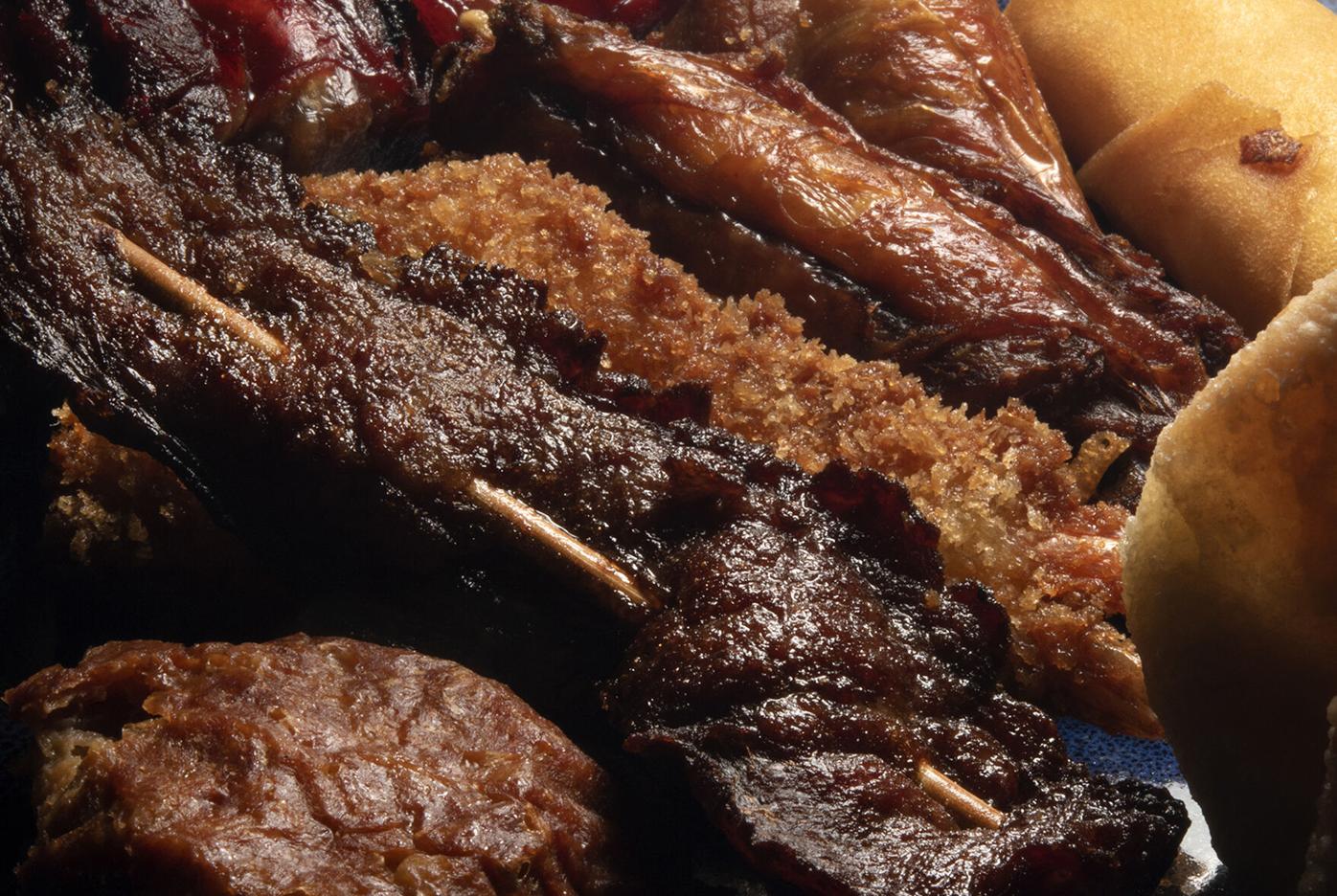 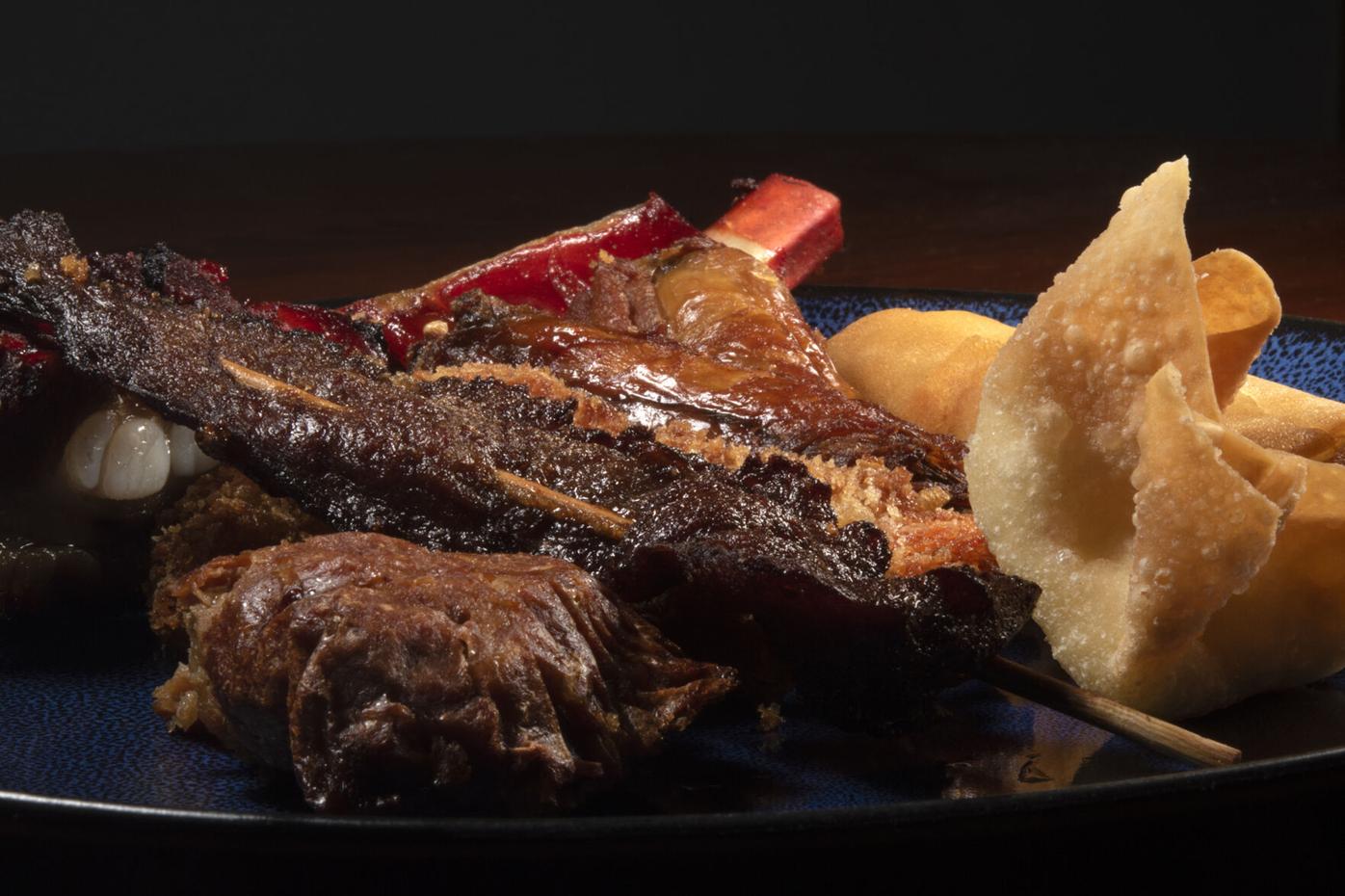 The pu pu platter at Coal Mine Dragon Chinese Restaurant. 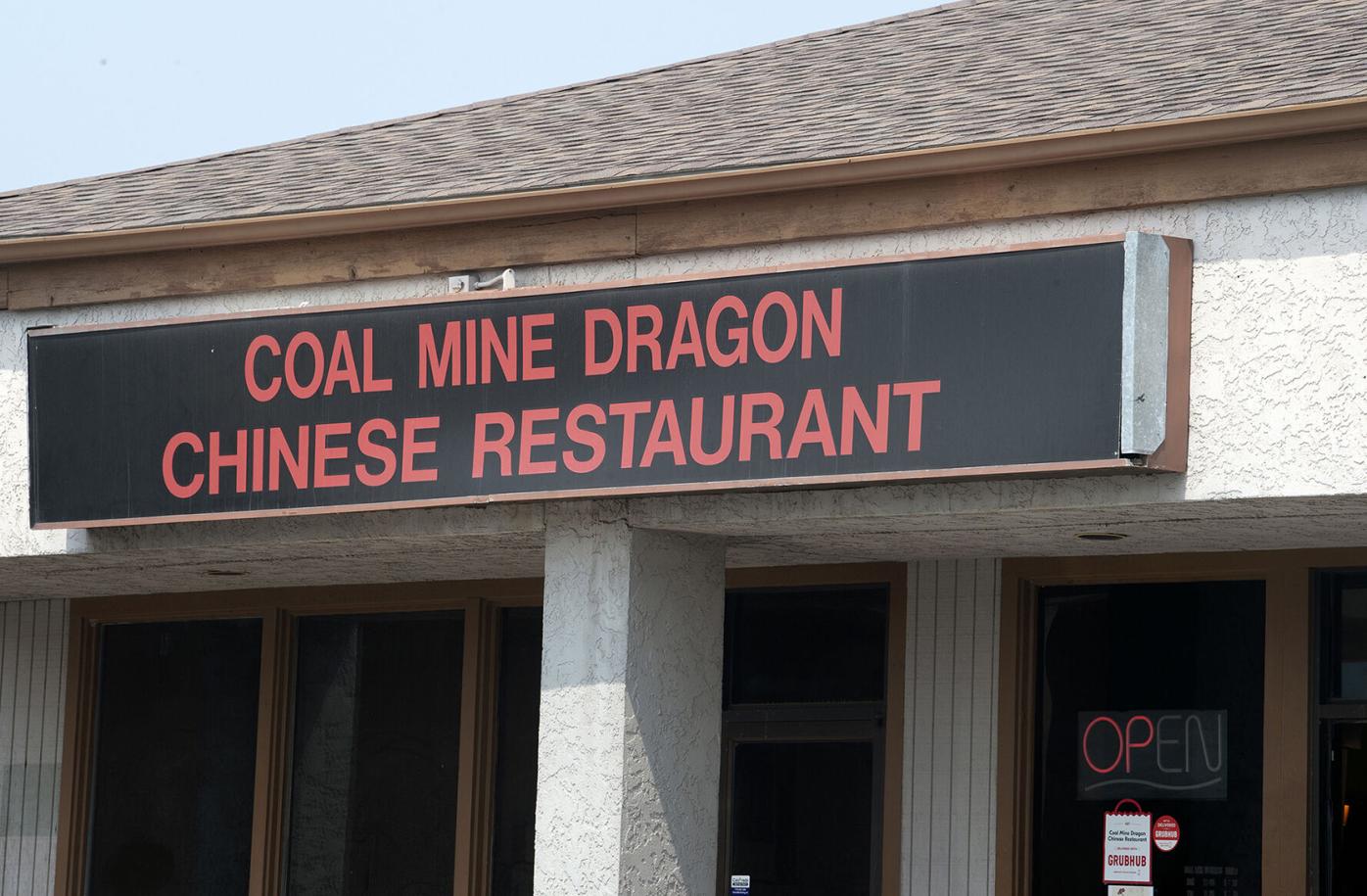 Sizzling beef with scallions and fried rice at Coal Mine Dragon Chinese Restaurant.

The pu pu platter at Coal Mine Dragon Chinese Restaurant.

Coal Mine Dragon takes its COVID-19 precautions seriously: Masks must be worn when entering or moving around the restaurant. This goes for those dining in and those getting carry-out orders. Staff members were masked.

Even with my nose and mouth covered, the aroma of sesame oil was detectable. This was the first of many sensory appeals. Visually, however, the neon green and black décor is lackluster. Fortunately, the food is multicolored with an array of sauces, vegetables and meats that taste as good as they look.

The dining room was about half full when we arrived. Takeout orders, based on the number of times the door chimed each time someone entered, were what kept the kitchen busy. This had some impact on the pacing of our meal and the often-empty water glasses, but these are the times we live in.

The menu offers standard Chinese cuisine, including items with U.S. roots such as chop suey and General Tso’s chicken. Several family-style dinners are available ranging in price from $27 per person to $15.95 . The differences are in the quantity and the types of entrees.

Seven Chef’s Suggestions caught our attention including beef with scallions on sizzling platter ($14.95) and sesame chicken ($15.95). These entrees are among the choices on the upper-end family-style menu. Along with the main dishes, that meal includes a large bowl of imperial soup for multiple servings, the pu pu platter and a choice of combination fried rice or lo mein.

Imperial soup is an upgraded version of egg drop soup. Strands of egg whites float in chicken broth thick with impressive amounts of scallops, shrimp, crab and vegetables. Even if we had more people at the table, the serving size was too much given the amount of food still to come.

Pupu platters are a fun appetizer; if you’re a kid, there’s the bonus of enjoying the name. Maybe you don’t have to be young to appreciate pu pu. Nonetheless, this includes egg rolls, cheese wontons, chicken wings, spareribs, thinly sliced skewered beef, battered shrimp and foil-wrapped chicken. The ribs were tough, but everything else not only whetted the appetite but almost overwhelmed it. Crispy, vegetable-packed egg rolls and the fried shrimp stood out for their crispy textures and distinct flavors. This was a lot of food!

Our server brought the beef with scallions to the table along with a hot cast-iron plate onto which he slid the meat. The sizzling result wasn’t just for show but kept the food hot throughout the meal. Sesame oil was the dominate ingredient with just the suggestion of soy sauce and garlic. The beef was tender, but the broccoli florets were not. Still, they added vibrant color.

The sesame shrimp was golden, both in taste, color and execution, with sesame seeds and red pepper flakes sprinkled throughout. This is identified on the menu as a spicy dish but wasn’t. This isn’t a complaint, merely an observation.

The fried rice is a meal in itself packed with pieces of scrambled egg, shrimp, scallop, chicken, pork and vegetables.

Despite eating more than we intended, we had leftovers for another meal. Since we were masked, no one could see our contented smiles as we left with our own carry-out.

After having its Vocal Arts Festival canceled last year due to the pandemic, Opera Theatre of the Rockies will offer Vocal Arts Week, a condensed version that features a free virtual concert by baritone singer Brian Major and "Let's Make a Scene," a free outdoor concert of five scenes from three operas and two musicals. "Let's Make a Scene" is Sunday in the Glen at Broadmoor Community Church.