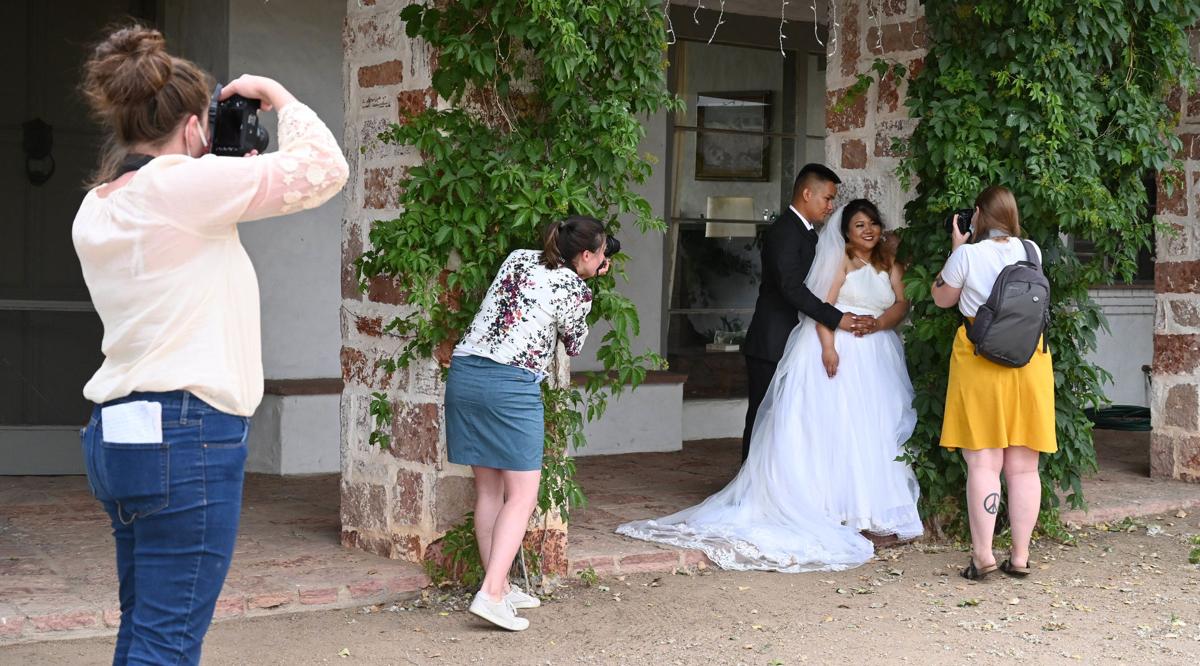 From left, Tiffany Masksimowicz, Ashley Lucas Linville and Sandy Evans take photos of John and Ann Mortero at Fountain Creek Ranch. The Morteros were among couples chosen for a free wedding photo shoot. 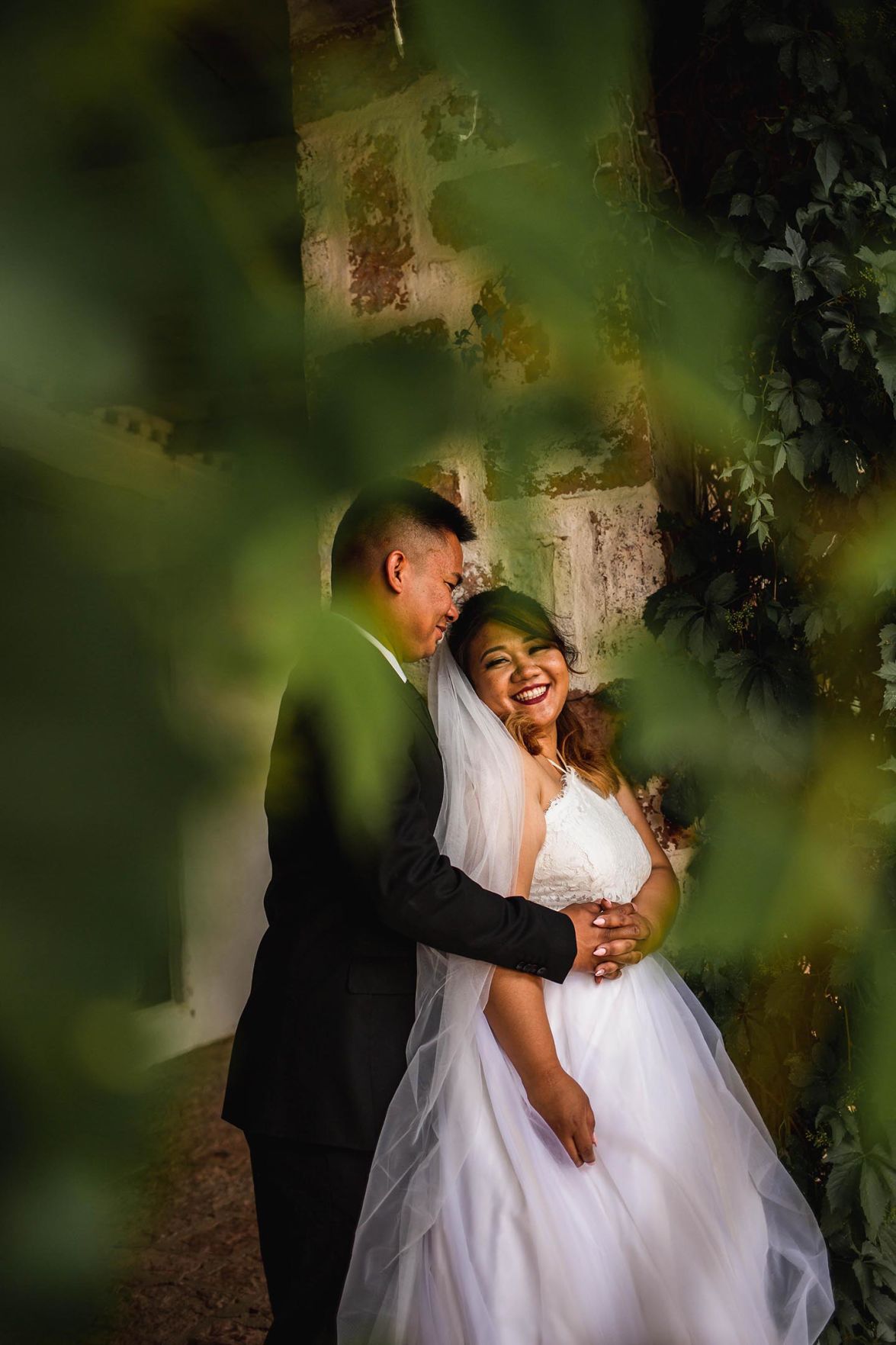 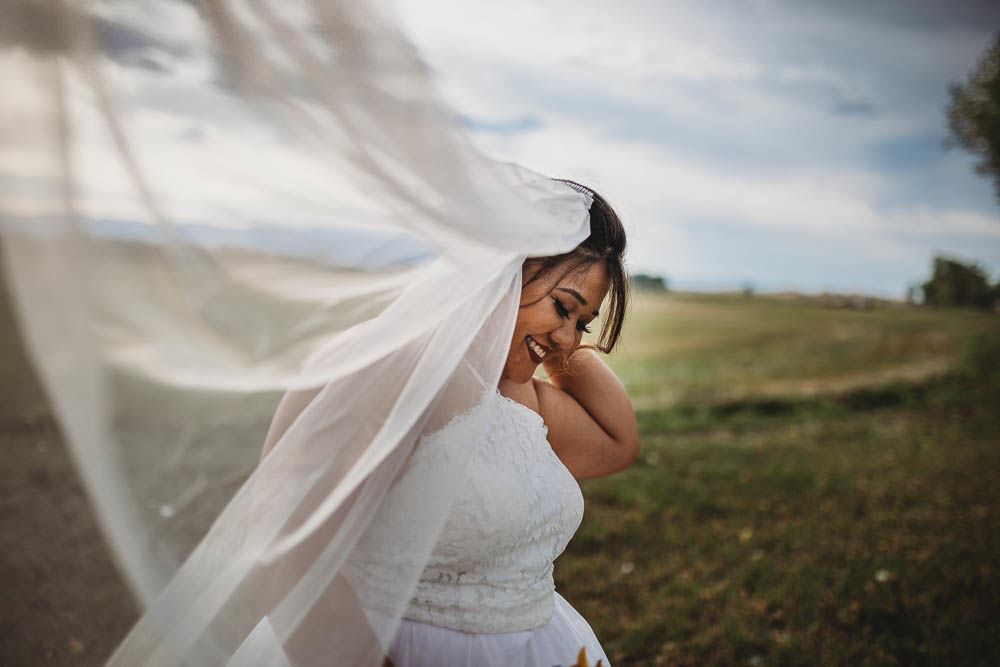 Photo by Kati Moser with Moments by Kati 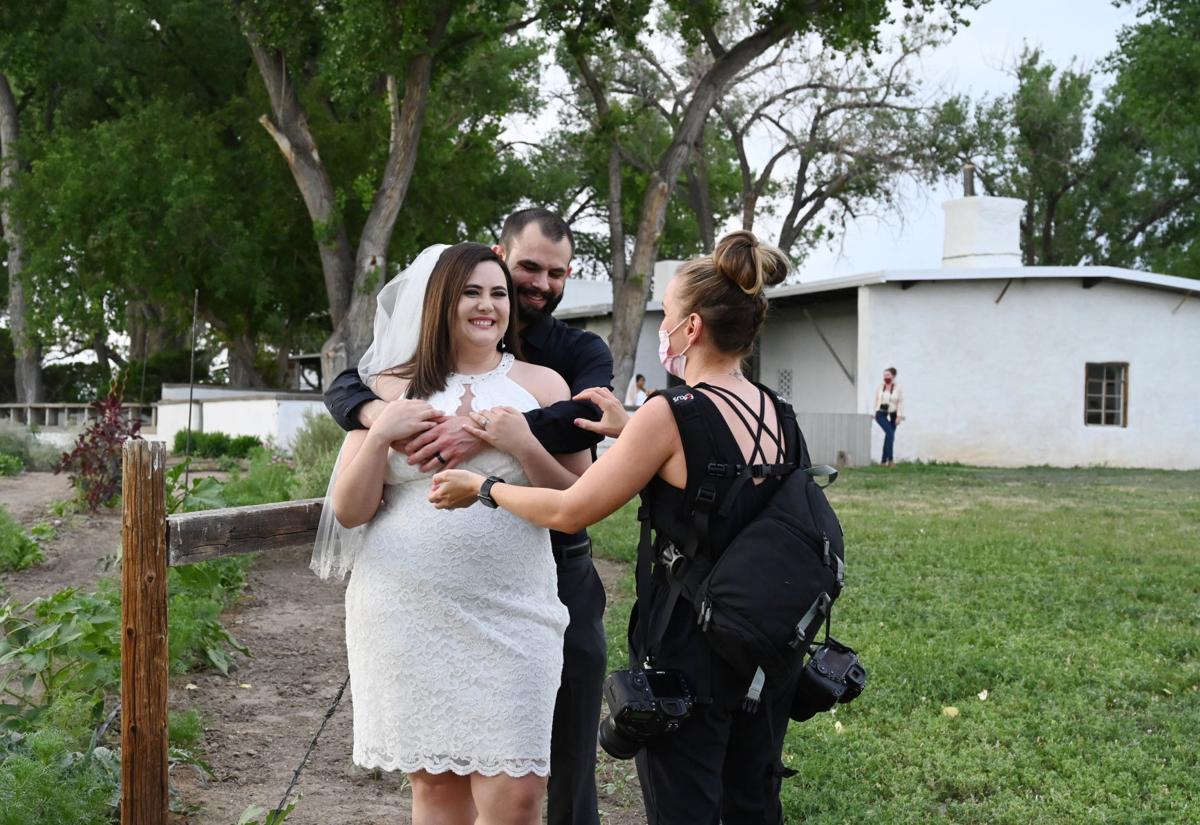 Candace Coberly and Jacob Atwater get their photo taken by wedding photographer Kati Moser at the Fountain Creek Ranch on the last Sunday in June. 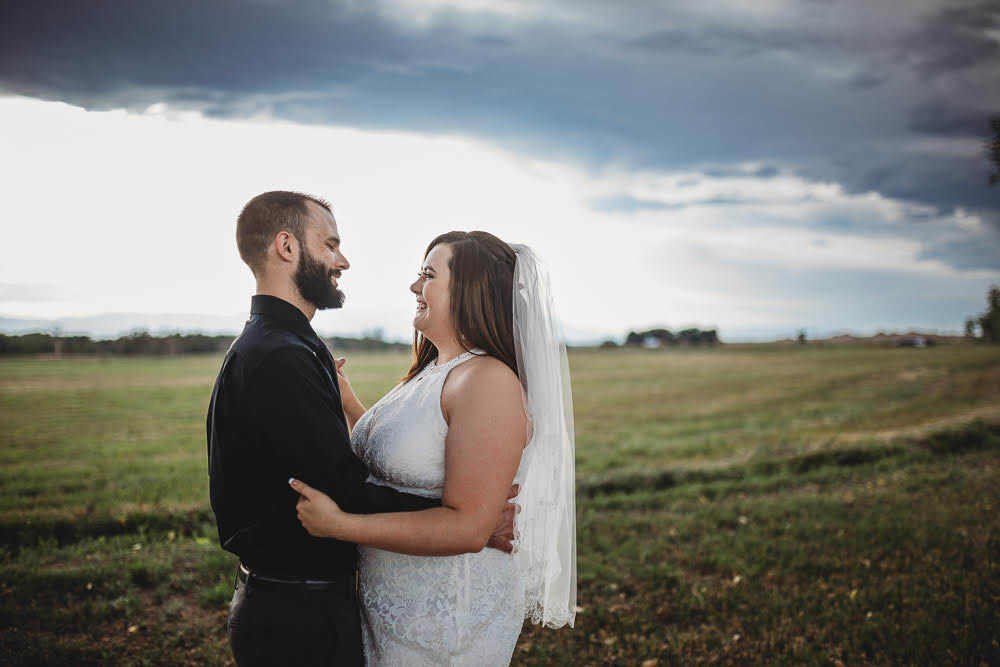 Photo by Kati Fleming with Moments by Kati 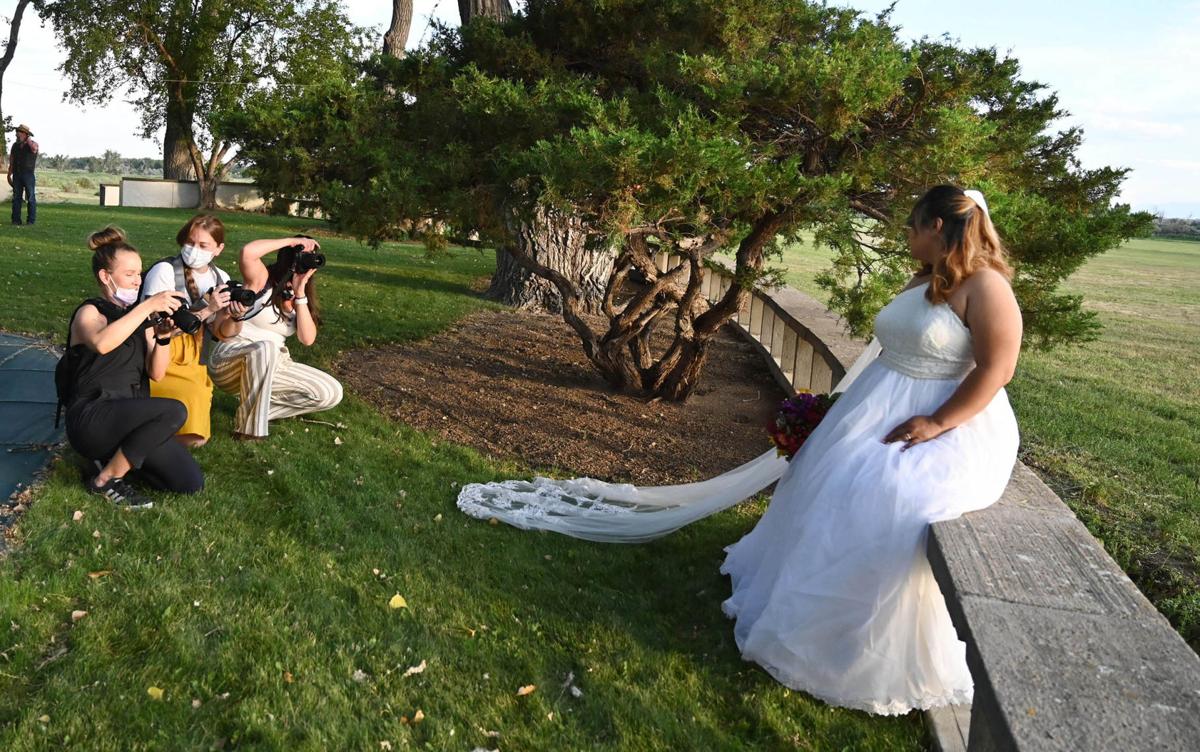 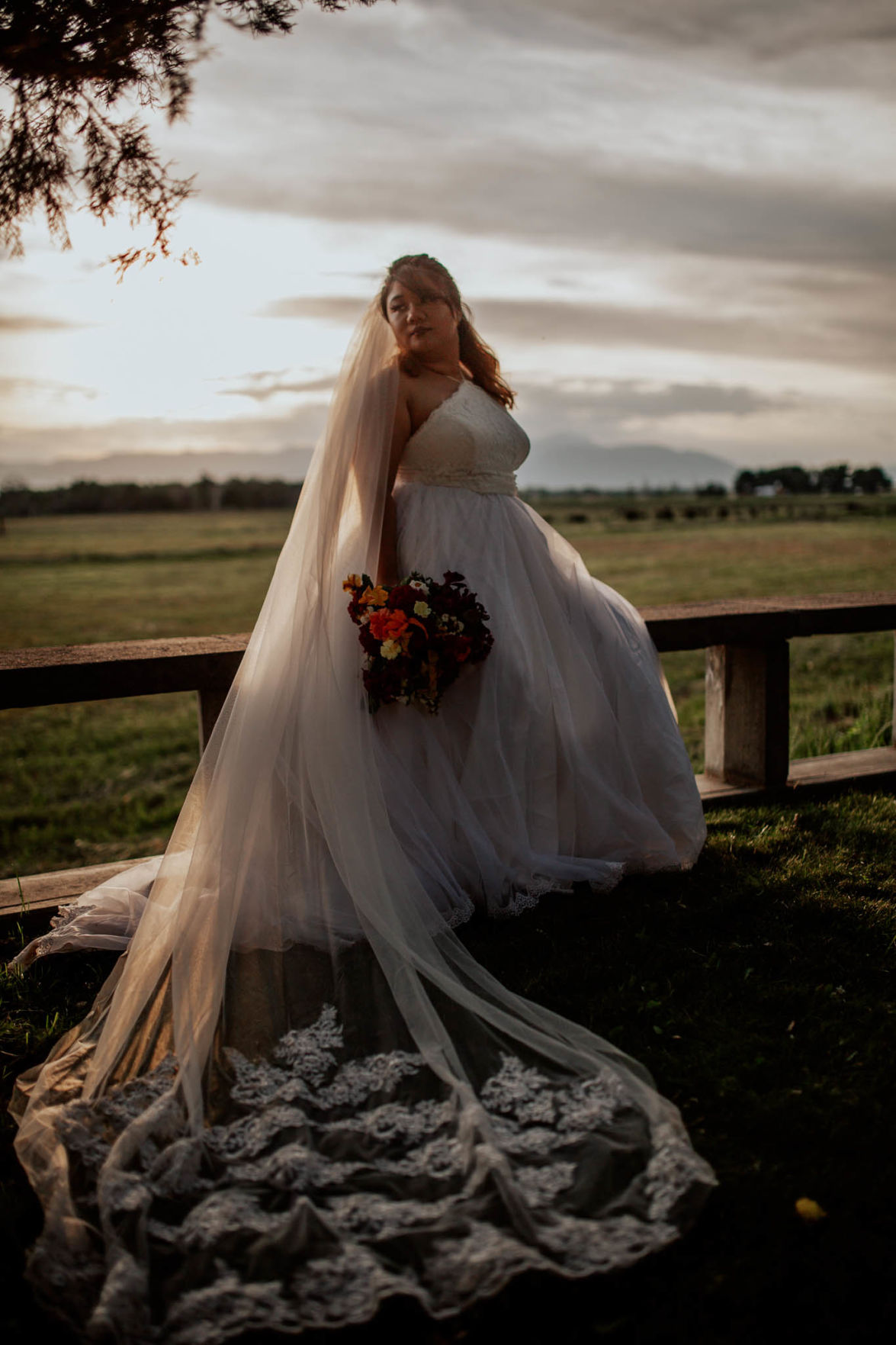 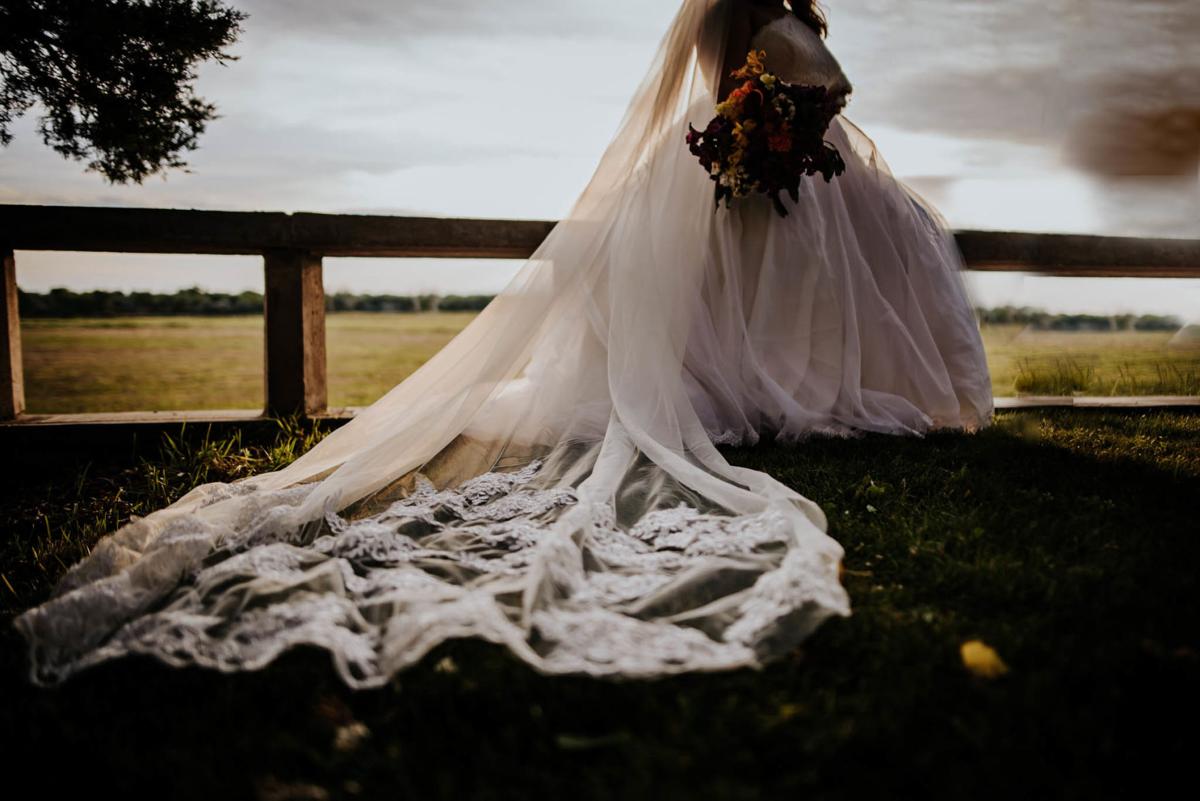 From left, Tiffany Masksimowicz, Ashley Lucas Linville and Sandy Evans take photos of John and Ann Mortero at Fountain Creek Ranch. The Morteros were among couples chosen for a free wedding photo shoot.

Photo by Kati Moser with Moments by Kati

Candace Coberly and Jacob Atwater get their photo taken by wedding photographer Kati Moser at the Fountain Creek Ranch on the last Sunday in June.

Photo by Kati Fleming with Moments by Kati

The only photo John and Ann Mortero have from their wedding is a selfie from outside the courthouse.

You can’t see it, but they’re holding their marriage license. She’s wearing jeans and a T-shirt and he’s wearing gym clothes.

When that photo was taken, John and Ann had only known each other for three months. They started dating on the day they met and, four days later, John told Ann he loved her. Their next step was getting married before John left for basic training with the Army.

Back then, Ann Mortero knew she still wanted a big wedding. She wanted to wear a poofy white dress. She thought maybe John would cry when he saw her walking down the aisle. So they saved and planned for a ceremony and set the date for June 6, 2020, which would mark their four-year wedding anniversary.

This time, timing wasn’t on their side. After realizing the COVID-19 outbreak wouldn’t be improving by June, they called off their wedding.

“Part of me was upset,” Ann said. “I still haven’t gotten the dream wedding that every girl dreams about when they’re younger.”

Staff at Fountain Creek Ranch, an operating farm and brand new wedding venue, had heard a lot of that from couples who had to cancel their 2020 weddings.

So they decided to do something about it.

The venue announced they would be giving away free wedding photo shoots to a handful of couples. The couples just had to tell their love story and their canceled wedding story.

“We feel like we could gift this as a special thing to someone who has had a disappointing experience for what was supposed to be their perfect day,” Fountain Creek Ranch wrote on Facebook.

Venue staffers were transparent about their other motives, too. Since Fountain Creek Ranch just opened, the photos would help provide marketing material.

Among dozens of entries, John and Ann Mortero were picked.

So were Candace Coberly and Jacob Atwater.

The engaged couple planned to get married in July in Pueblo. Instead, because of the coronavirus pandemic, they’re going to have a small ceremony with just Coberly’s parents.

“A wedding is supposed to be the best day of your life and it’s one that we spent so much time planning every little detail for,” she said. “So when you have to cancel, it is devastating.”

She was especially sad about having to cancel the wedding photographer.

“Wedding pictures are something that you have forever after your wedding is over,” she said. “So losing those was just heartbreaking.”

She found a glimpse of hope on Fountain Creek Ranch’s Facebook. When she saw the post, she thought, “Wow, that would be amazing!”

On the last Sunday in June, Fountain Creek Ranch welcomed couples for their photo shoots with professional photographers. The venue plans to hold another giveaway in August. There were no friends or family members or cake, but Coberly said there were still happy memories. And she still felt special.

“When my fiance and I got in the car after it was over we were both just over the moon,” she said. “We still got a chance to celebrate our love together.”

And they still have photos to look back on.

Now, so do the Morteros.

“It was kind of surreal,” Ann said of the photo shoot. “We got to celebrate our marriage in a way that we haven’t before.”

Ann finally got to wear a wedding dress. And her husband did cry a little bit when he saw her in it.

“I finally have some wedding pictures,” she said. “It’s like now I have a glimpse of what a wedding would be like.”

But they’re in no rush to try again, as Ann is about to start medical school. She said they might plan a ceremony for their 25th wedding anniversary.

Brides around Colorado Springs use ingenuity while adjusting to coronavirus restrictions

Wedding planning is stressful in the best of times, but what happens when arrangements for everything from dresses to flowers and food have to…