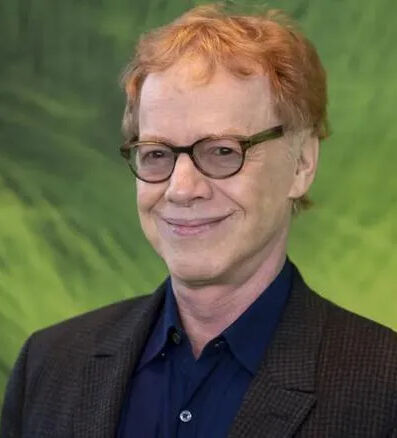 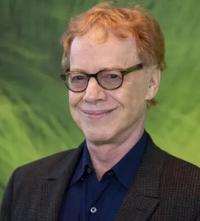 There’s a great new podcast called “Let’s Talk to Lucy’’ that unearths short celebrity radio conversations hosted by TV star Lucille Ball back in the early 1960s. In one episode, Lucy asks Oscar-winning composer Ernest Gold (“Exodus”) about the prevailing snobbery in serious music circles at the time against the Hollywood composer.

Gold confirms Lucy’s suspicion with a great story about playing a concerto at Carnegie Hall way back in the 1940s. “The New York critics simply lambasted me by calling me the worst name they could think of: ‘A Hollywood composer — even though I had never set foot in Hollywood,” said Gold, who decided if that’s what people thought of him, he might as well become one. So he moved to Hollywood and became one of the most successful scorers in film history.

Times have certainly changed, says Christopher Dragon, Resident Conductor for the Colorado Symphony, which is hosting prolific film composer and four-time Oscar nominee Danny Elfman for a full weekend of activities. Elfman is perhaps best known for scoring 16 of Tim Burton’s 19 films — and the theme song for “The Simpsons.”

Film scorers are now the rock stars of the symphony world, Dragon said. Ironically, Elfman actually was once a rock star with the new-wave band Oingo Boingo. More than 100 film and TV scores later, he is one again — of the composing world.

“I think contemporary audiences are more familiar with the work of John Williams and Danny Elfman and Hans Zimmer than they are with works by Mozart or Beethoven,” Dragon said. “I think there has been a switch in what people see as orchestral music because orchestras around the world today are all playing these live movie concerts. I think everyone sees the audience base is changing, and that films are an inviting way of letting people in to experience a symphony orchestra.”

Elfman will join the Colorado Symphony on Friday and Saturday nights as they perform from the scores of “Batman,” “Edward Scissorhands,” “The Nightmare Before Christmas” and “Beetlejuice,” enhanced by visuals of Burton’s original film sketches, drawings and storyboards projected on the big screen. Elfman will perform some of his own works live with frequent collaborator Sandy Cameron, violinist with the Colorado Symphony Chorus.

Dragon likens the partnership of Burton and Elfman to a creative marriage. “I don’t think it is possible to have a Tim Burton movie without the music of Danny Elfman,” Dragon said. “The two just go so hand in hand. There is always this kind of quirkiness, not only to the film itself but to the music that Danny writes.” On Saturday afternoon, Dragon will lead a public conversation about Elfman’s long, strange trip into film.

Elfman, whose first film was “Pee-wee’s Big Adventure,” also has worked with directors Sam Raimi and Gus Van Sant, with notable films including “Spider-Man” and Van Sant’s Oscar-nominated “Good Will Hunting” and “Milk” (not to mention all of the “Men in Black” and “Fifty Shades of Grey” films).

The quarantine was Elfman’s first break from film composing in 27 years, during which time he made “Big Mess,” his first rock album since leaving Oingo Boingo in 1994. (If you had forgotten “It’s a Dead Man’s Party” or “Weird Science,” good luck getting those catchy pop tunes out of your head now.) Elfman walked away in part because of a gradual hearing loss that was worsened by the rock lifestyle.

“I am most fascinated by Danny’s life progression into film, especially given that he’s not formally trained,” Dragon said. “He did not go to a conservatory to learn how to do this — he’s picked all of this stuff up along the way. It’s not a normal route for composers. And yet, he’s become one of the most recognized film composers in the world today.”

What Dragon is most excited about this weekend is that it’s happening at all. Not only because the event was originally planned for before the pandemic, but because Elfman himself will be here, participating in the performance.

“To have him here performing live, doing his own part from ‘The Nightmare Before Christmas’ will be an incredibly special moment for us because this just doesn’t happen very often,” Dragon said. “Listen, as a symphony orchestra, we play the music of a whole bunch of dead people. So to have a living composer in the room with us makes it even more special.”

Events like these, Dragon said, are an ideal opportunity for the symphony to expand its base beyond the traditional classical-music audience.

“The Colorado Symphony is always trying to appeal to the whole of Colorado,” said Dragon. That’s why we do collaborations with the Wu-Tang Clan and Flaming Lips. I hope a whole bunch of Tim Burton movie-lovers come to our concert, because I think they will experience the music in a totally new way.”

Denver Gazette contributing arts columnist John Moore is an award-winning journalist who was named one of the 10 most influential theater critics by American Theatre Magazine.

Danny Elfman’s Music from the Films of Tim Burton

● The Colorado Symphony will perform scores from “Batman,” “Edward Scissorhands,” “The Nightmare Before Christmas” and “Beetlejuice,” with Elfman performing some of his own works live with violinist Sandy Cameron.

An Afternoon Forum with Danny Elfman

Danny Elfman’s Music from the Films of Tim Burton

● The Colorado Symphony will perform scores from “Batman,” “Edward Scissorhands,” “The Nightmare Before Christmas” and “Beetlejuice,” with Elfman performing some of his own works live with violinist Sandy Cameron.

An Afternoon Forum with Danny Elfman