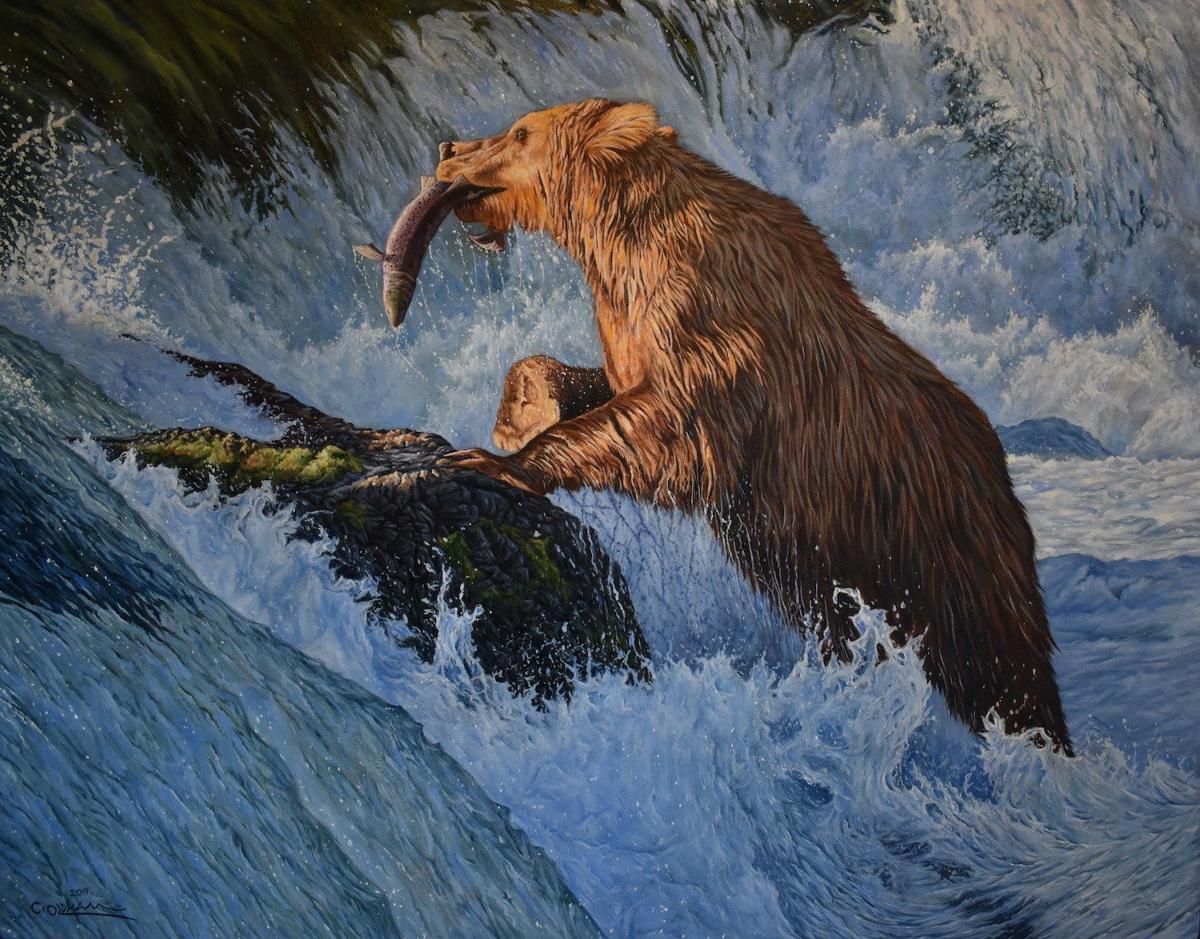 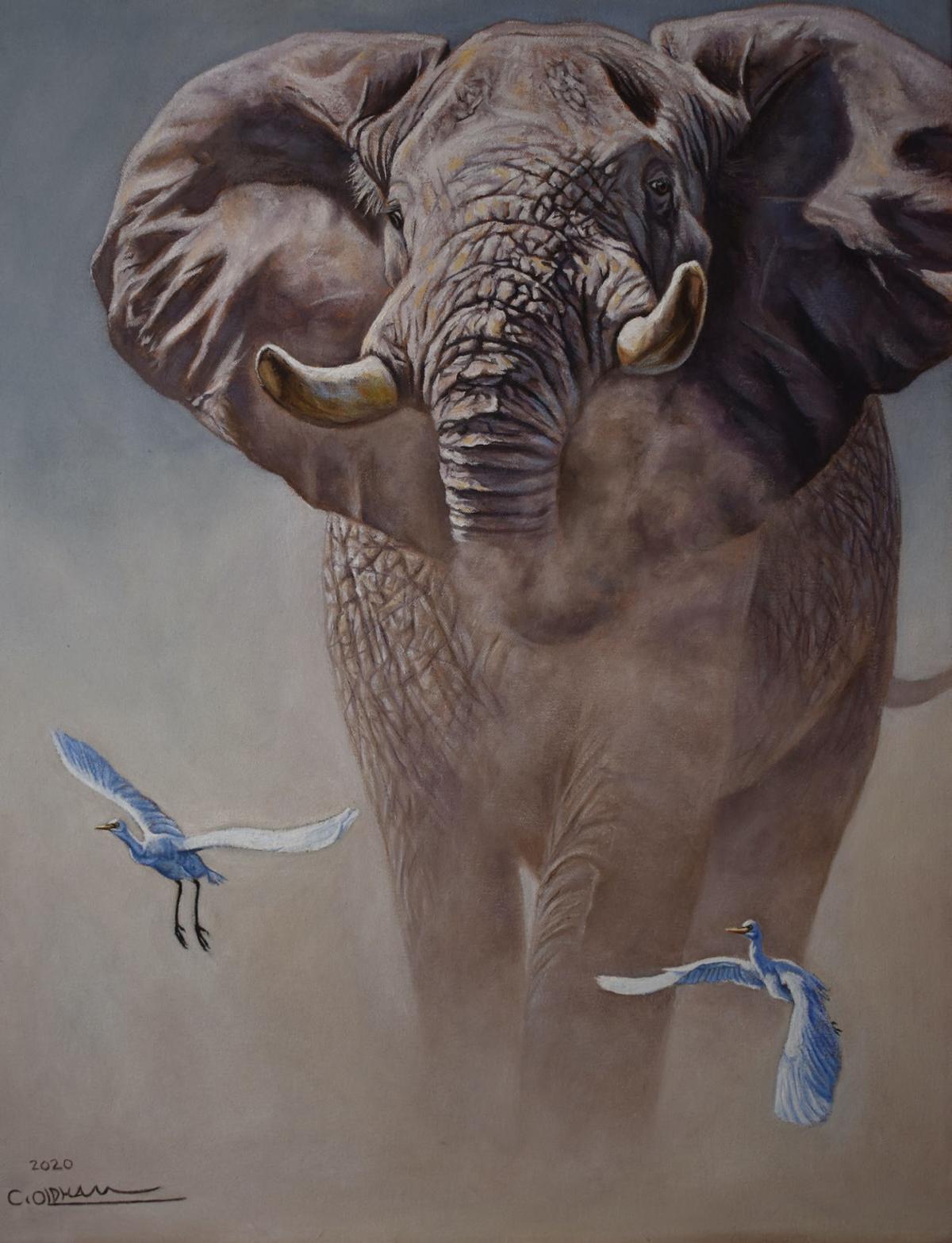 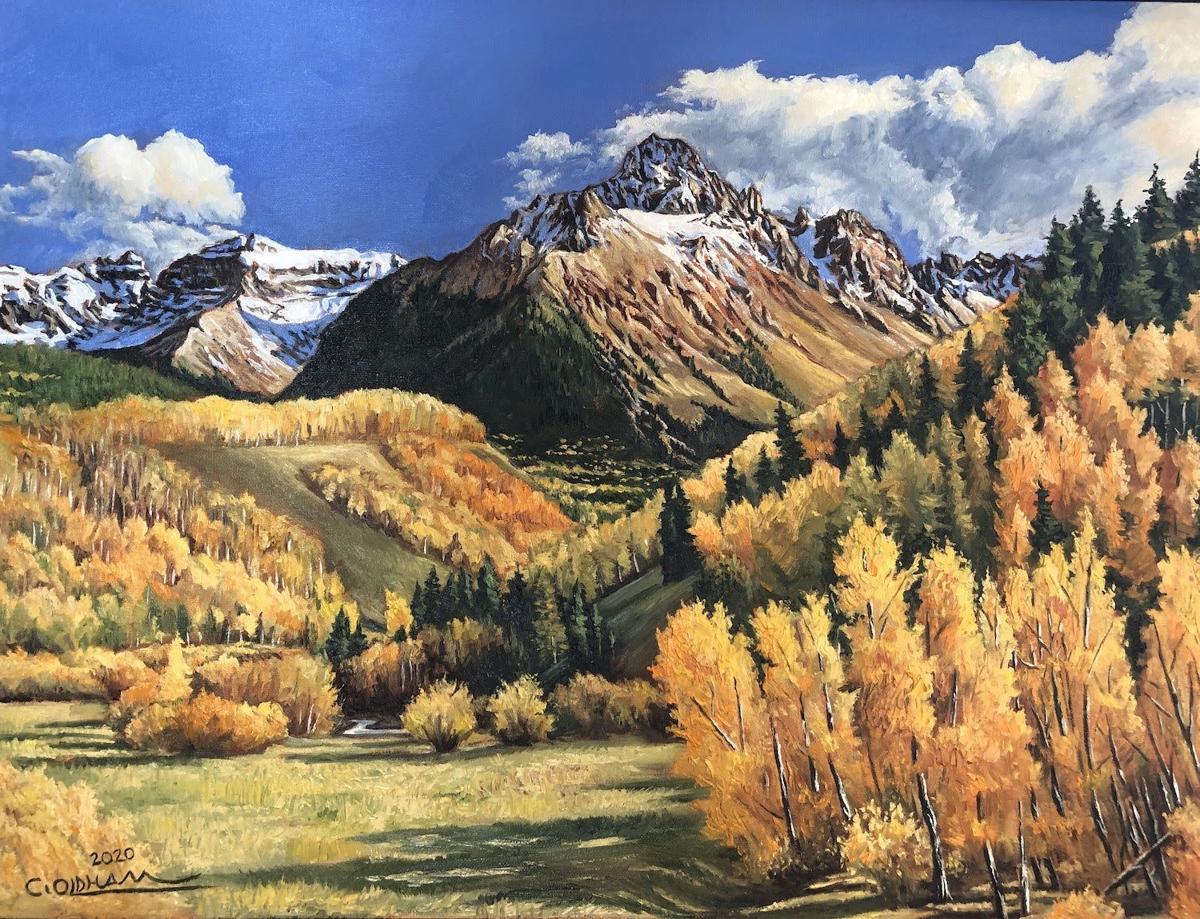 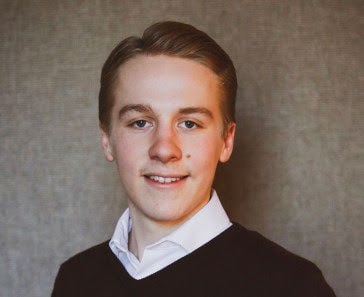 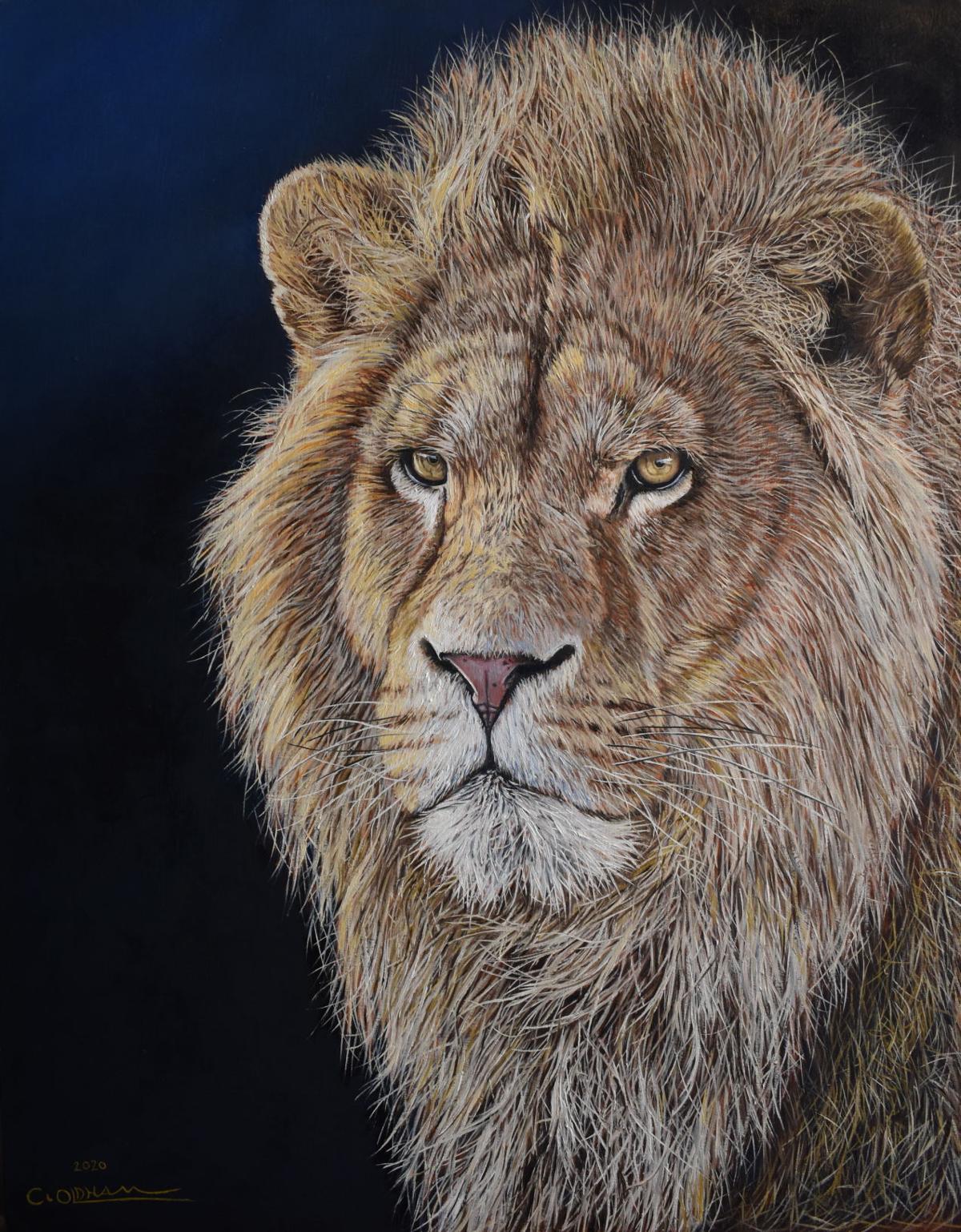 The sounds of the Goo Goo Dolls or maybe OneRepublic ricochet off the turquoise and orange walls of Cody Oldham’s tiny downstairs art studio as he pulls up to the canvas.

He’s ready to put the finishing touches on a close-up portrait of an African lion, done in what he calls his impressionistic realism style. Lions are one of his favorite subjects to paint, plus they sell really well, which isn’t a bad thing for a 16-year-old professional wildlife and landscape artist. “The Rising,” featuring one such creature, measures 22 inches by 28 inches, and will run its buyer $1,000.

His work can be viewed online at codyoldham.com.

“I always look forward to it,” says Oldham from his family’s home southeast of Woodland Park. “After about half an hour I’m absorbed in painting. There’s always so much room to experiment. I think to myself I could do anything today when I go down to the studio.”

Oldham is drawn to the big cats, including tigers and cheetahs. Also “epic landscapes,” he says, having recently finished a painting of the Grand Tetons surrounded in cloud cover and fall foliage.

There’s also another good reason the young painter might find so many big cats on his easel: His family owns a mountain lion sanctuary. Big cats roam their 20-acre property.

It’s not open to the public, though they do give occasional tours. Oldham’s father has worked with the animals for two decades, and regularly takes his family of five, including Oldham’s two younger sisters, on vacations around the country to pick up injured or ill-treated lions. They rehab the animals and provide a forever home on their property.

“It gives me a chance to study them, and the way their facial structure is, what their eyes and fur look like,” he says. “They’re similar to other cats.”

The home-schooled teenager has spent his 16 years steeped in art. His father, at different times, has been a wildlife photographer, a Salida gallery owner and an abstract painter. Oldham didn’t pay much attention to his father’s work until around age 11, when he began to put art to canvas and imitate his dad’s style. He slowly began to move away from abstraction, and toward wildlife and landscapes. There was one short detour into sculpture and making dinosaurs, but it wasn’t long before he returned to oil painting.

“I just started doing it without asking myself why,” he says. “Over the years it just started becoming part of my life. In 2016 and 2017, I said I guess this is what I’m going to do. I’ll run my business and make money.”

His hard work and innate talent has paid off with a number of exhibits, including two solo shows at the Steamplant Event Center in Salida and one at Manitou Art Center this year. Southwest Art Magazine included him in its story “21 Under 31: Young Artists to Watch in 2019.”

MAC manager and curator Alain Navaratne says it was one of the center’s most successful shows, based on saleability, due to Oldham’s age and the large scale of his paintings, some clocking in around 5 feet by 4 feet.

“For a 16-year-old he paints really well. He’s not scared of the scale of the paintings,” says Navaratne. “He’s really confident of working that big. He’s not frightened of color or texture, and that normally takes time to build up to do that. He seems to paint animals extraordinarily well.”

The Dixie Chicks are back, after 14 years, and some of us really need them

Now that Oldham feels more competent at his painting skills, he’s concentrating on the business side of things, notably YouTube, where he’ll start putting up weekly videos on his own channel that teach people how to paint. He also plans to release a full-length tutorial DVD this summer.

“At my age, I think it would be inspiring (for people) to see that,” he says.

He’s not wrong. His age makes his work pop that much more. Navaratne also looks forward to the young painter’s future.

World renowned Christo died last month, but his works will live on in memories and stories, even as there is nothing physical to revisit or honor.