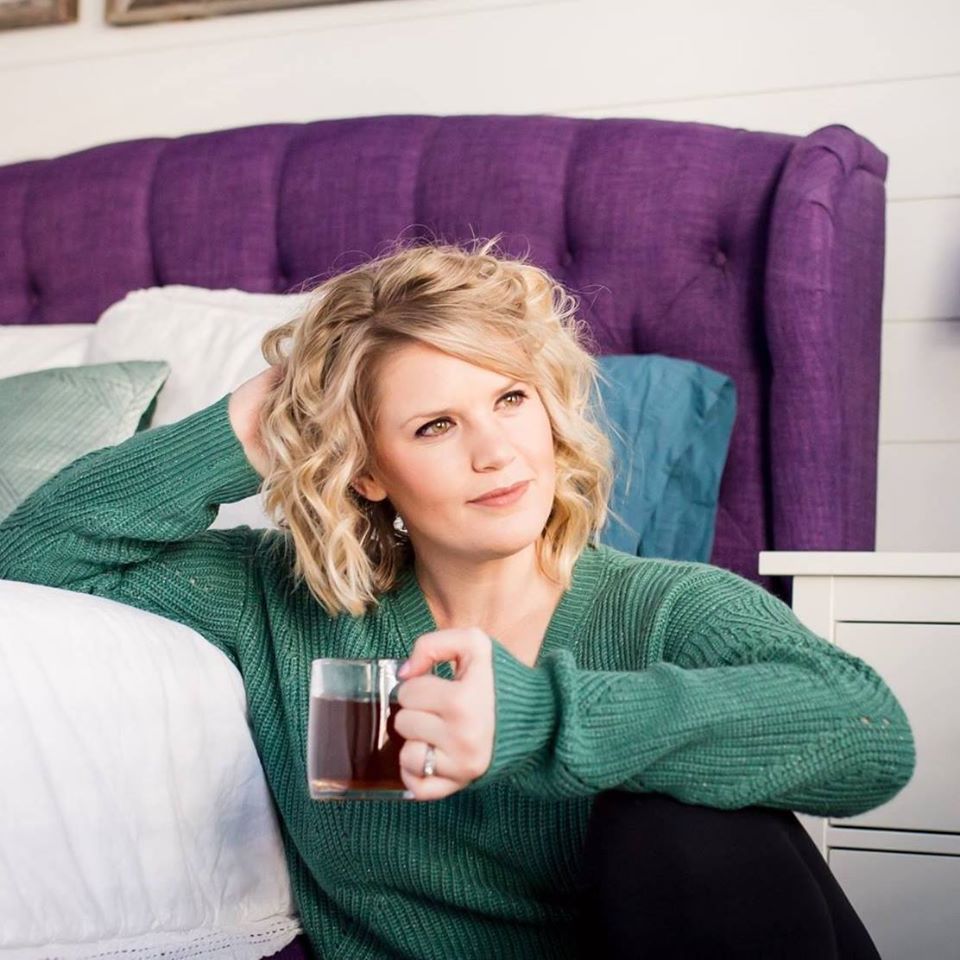 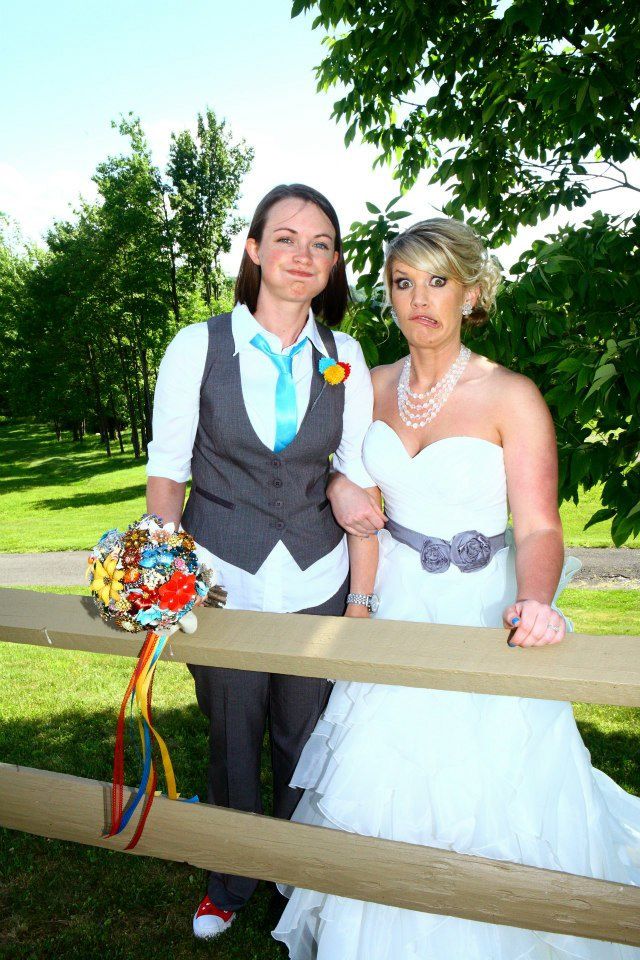 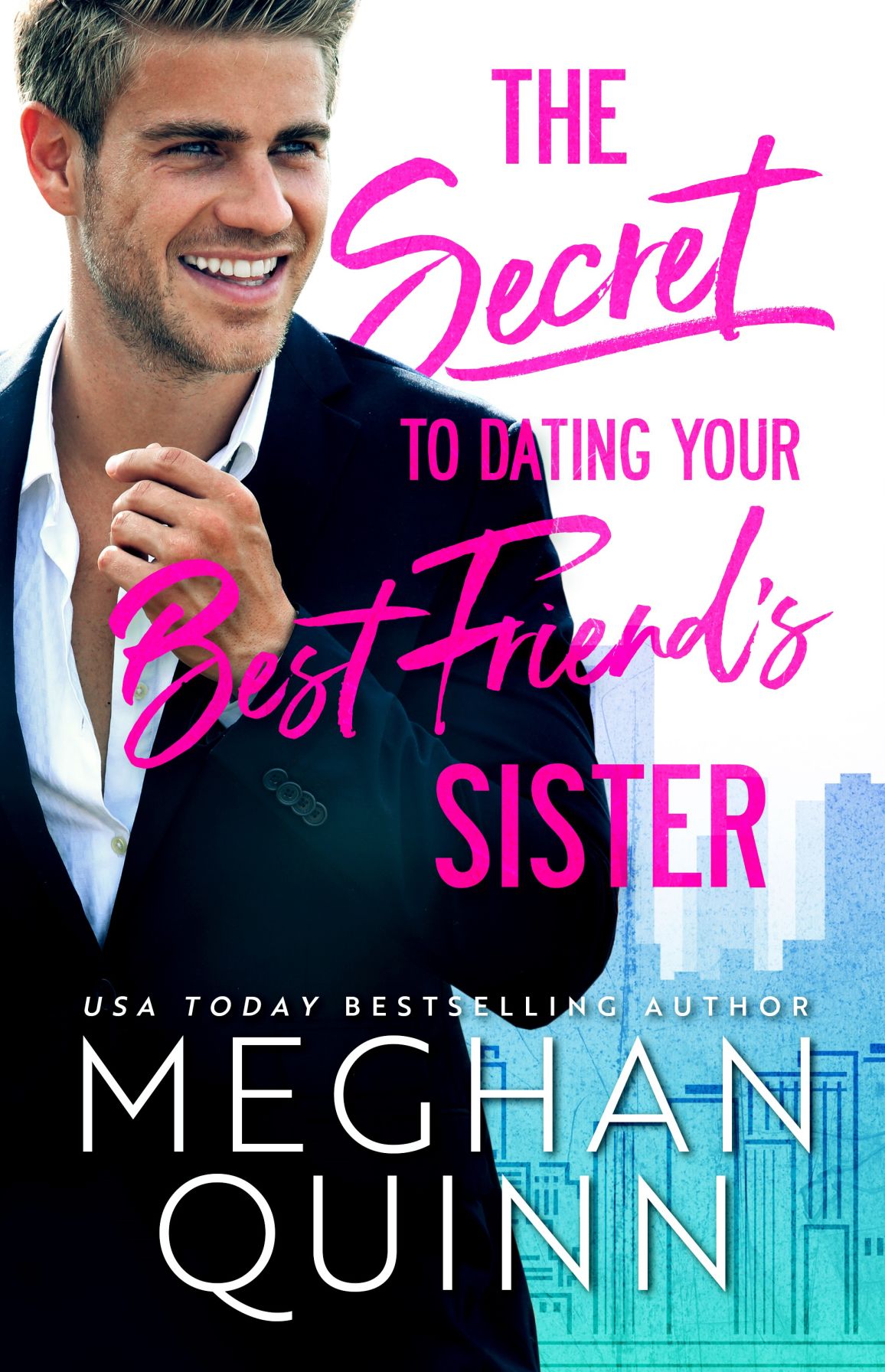 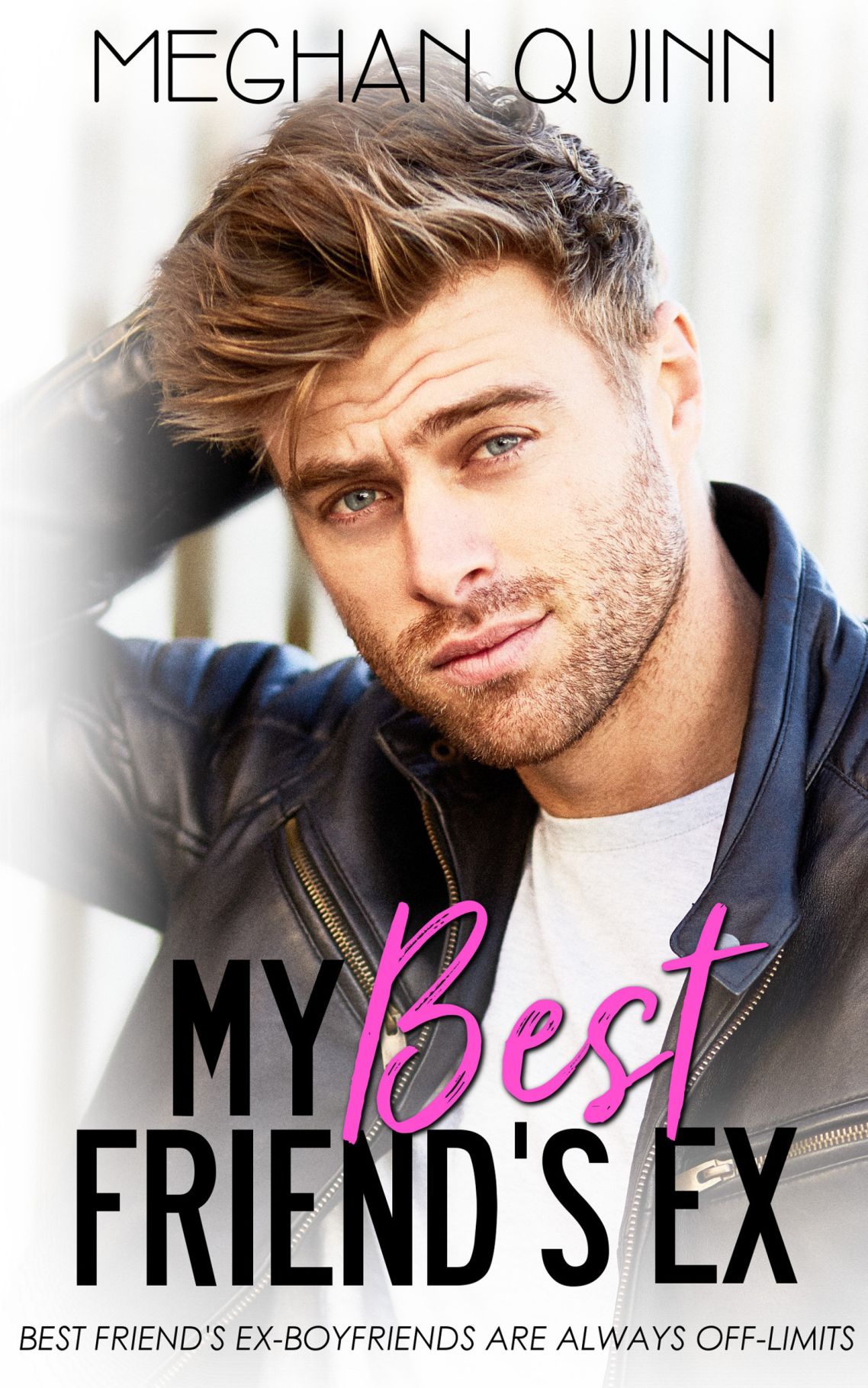 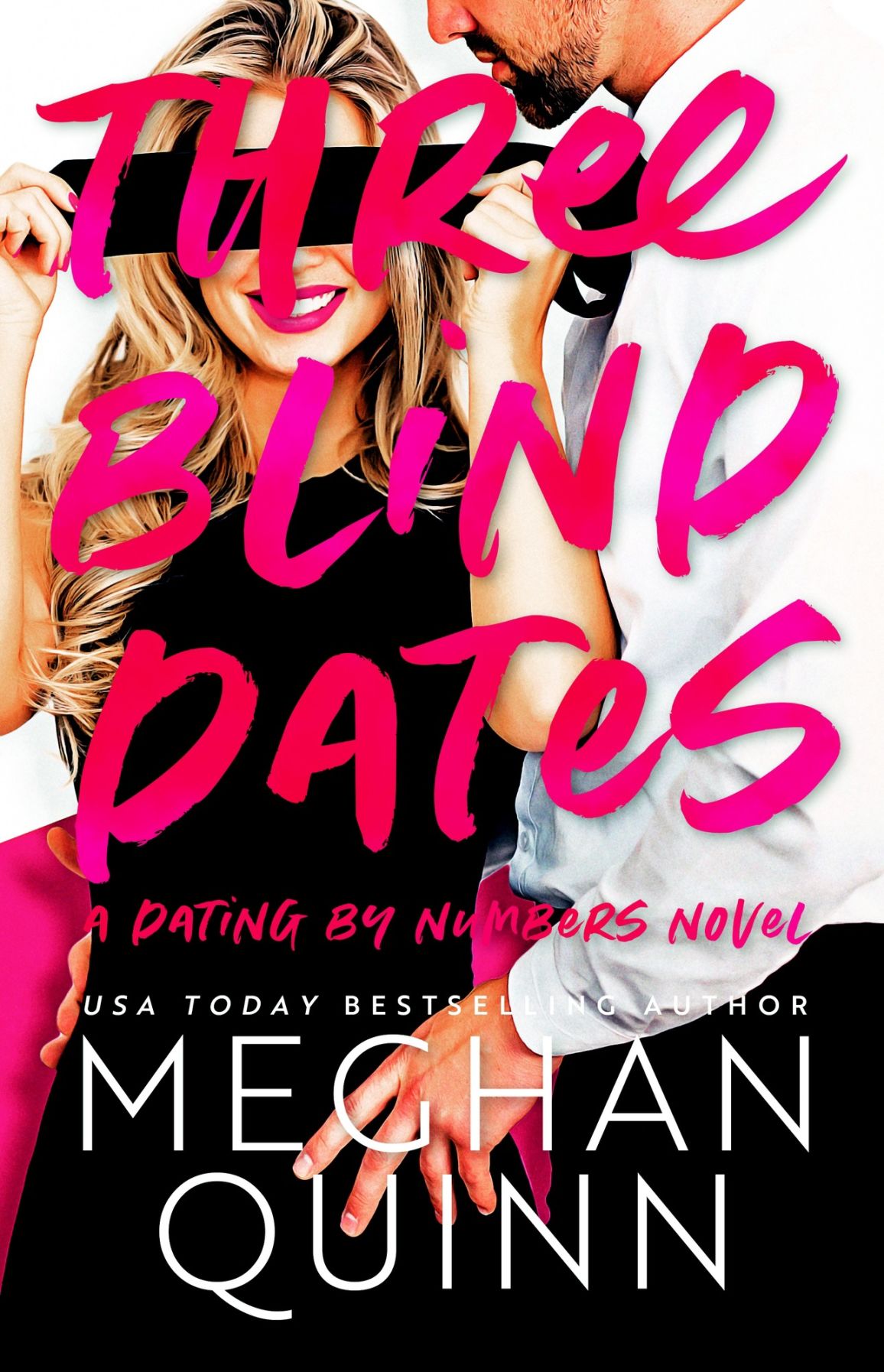 There exists in this world one place where a happily ever after is guaranteed — the pages of a romance novel.

Colorado Springs resident Meghan Quinn thrives on this fact. Her books, equally sweet and steamy, cater to many audiences — the lovesick, the skeptical and the heartbroken. She seduces readers into believing that their happy ending lurks just beyond that next sunset.

The USA Today bestselling author is a romance writing machine, with almost 40 books to her name. She first reached the masses through the self-publishing platform Kindle Direct Publishing but is now a hybrid author, one who publishes traditionally and independently.

Her widely read, lascivious books include “Diary of a Bad Boy,” “The Virgin Romance Novelist Chronicles” and “The Secret to Dating Your Best Friend’s Sister.” Her latest, “The Locker Room,” came out in June.

Reviews of her books on Amazon average 4.5 stars.

“My brand is heart, humor and heat,” Quinn says. “The heartbreak and torture is what I feel like I’ve really become known for.

“I love breakups. They’re my absolute favorite thing. There’s always a happily ever after, but getting to that point is my favorite part. That’s where I torture readers.”

Little did she know, though, that when she started cranking out love stories eight years ago, the books would lead to her own happily ever after.

Blond-haired and bubbly, Quinn is the quintessential California girl, having lived out the bulk of her formative years there before attending college in New York. It was at Binghamton University where she met her future wife, Stephanie Burnett, after landing a summer job at Friendly’s, an East Coast restaurant chain.

In 2012, Burnett acquiesced to Quinn’s plea for a Kindle and Amazon gift cards for Christmas. Quinn headed straight to the free books section on the online marketplace. She began digging and stumbled upon Marie Force, a longtime contemporary romance writer whose books sparked something in Quinn.

“I loved the damsel in distress and the alpha male who came in and helped her out,” Quinn says. “It’s so great. Whenever there’s romance and intrigue, it catches me.”

During her long commutes from Binghamton to her post-college job at Special Olympics, instead of popping in an Adele CD for the hundredth time, she would daydream about the books she was reading and what she’d have the characters do.

Soon enough, she sat down at a keyboard and churned out a baseball-themed romance with every trope possible: drugs, cheating, miscarriages.

“I cried when I finished,” she says of the novel that took all of nine days to complete. “It was not very eloquent. I say, ‘When you’re writing a book, just puke it all out and go back and edit it.’ I puked it all out and went back to read it and said, ‘This is pure crap. This needs so much help.’”

While literary agents didn’t respond to her queries, that didn’t stop Quinn from pursuing her newfound hobby. By 2013, she’d finished a few books. Her mother suggested self-publishing. At first, Quinn pooh-poohed the idea, like many authors who believe the traditional publishing route is the only path to success. Eventually, however, she uploaded that first novel.

Instead of simply saving the manuscript on the KDP platform, Quinn accidentally published it, though she didn’t find out until the next morning, when she received an email congratulating her and urging her to check her sales.

Sales? She was flummoxed. Overnight, three people had bought the book for $3.99. Her paycheck from Amazon for the first month of her first release? $134.

“Meghan’s humor and wit practically jump off the page, and that’s what often grabs readers,” says Aimee Ashcraft, an associate agent at Brower Literary and Management who represents Quinn. “However, readers connect with her books on a deeper level because her stories and characters are fundamentally relatable. ... And this relatability extends to the way Meghan presents her personal life.”

By 2013, Quinn and Burnett were married and living in the Springs, where Quinn worked for one of the Olympic national governing bodies. She’d written 20 books by 2016 and earned her first five-figure month after that year’s release of “The Mother Road.”

The couple was tossing around the idea of Quinn quitting her job and pursuing writing full time when the choice was abruptly made for them. Quinn was fired.

The timing was particularly tricky, as she and Burnett were trying to adopt a baby.

“We applied to so many. Nobody wanted a lesbian couple,” Quinn says. “It was very upsetting, the amount of times we were turned down or came in second.”

Although they assumed the loss of Quinn’s job would end their adoption dream, their adviser suggested the profits made through book sales was enough to see them through.

“Self-publishing saved our chances of adoption,” Quinn says. “Eleven days later, we got a call saying we were picked by a birth mom. Our son was born in May of 2016.”

There was one more big hurdle to overcome until happily ever after was fully realized, however: Quinn’s readers assumed she was married to a man. Perhaps it was a natural assumption, what with her titillating books about men and women falling for and then flaking on each other, and the accompanying covers of well-oiled, half-naked lads.

Quinn had shared the news of her adoption, and readers knew she was married. But she never used a pronoun for her significant other.

“I hated hiding and not sharing who I was,” Quinn says. “I was so nervous because my entire brand was based around male/female romances. Deciding to come out to readers was huge.”

Quinn did what she does best — she wrote a letter introducing her wife to her readers and posted it online.

“I bawled for 10 minutes before posting because I was so terrified,” she says. “I never had so many encouraging and wonderful responses in my life. People were saying straight authors will write male/male romance and it’s a huge genre, so what’s the difference with you writing female/male?”

Hurdle cleared. Happily ever after? Yes, with a twist. A year ago, the birth mother of their first child reached out to ask Quinn and Burnett to adopt the baby she was carrying, a full blood sister to their son.

They said yes and became a family of four, all made possible by Quinn’s love of romance and deftness with the written word.

“So much has come from it. It’s changed everything,” she says. “It gives me the outlet I needed, that I feel like was missing my whole life. I’ve had to learn so much by myself in order to get my books out there. It’s all self-education. I have failed so many times at different things, but without failure you never get to succeed.”

PASADENA, Calif. — Former Colorado Springs-area resident Derek Theler is making quite a name for himself in Hollywood.

Pikes Pick: A sweet look at beekeeping in 'Honeyland'