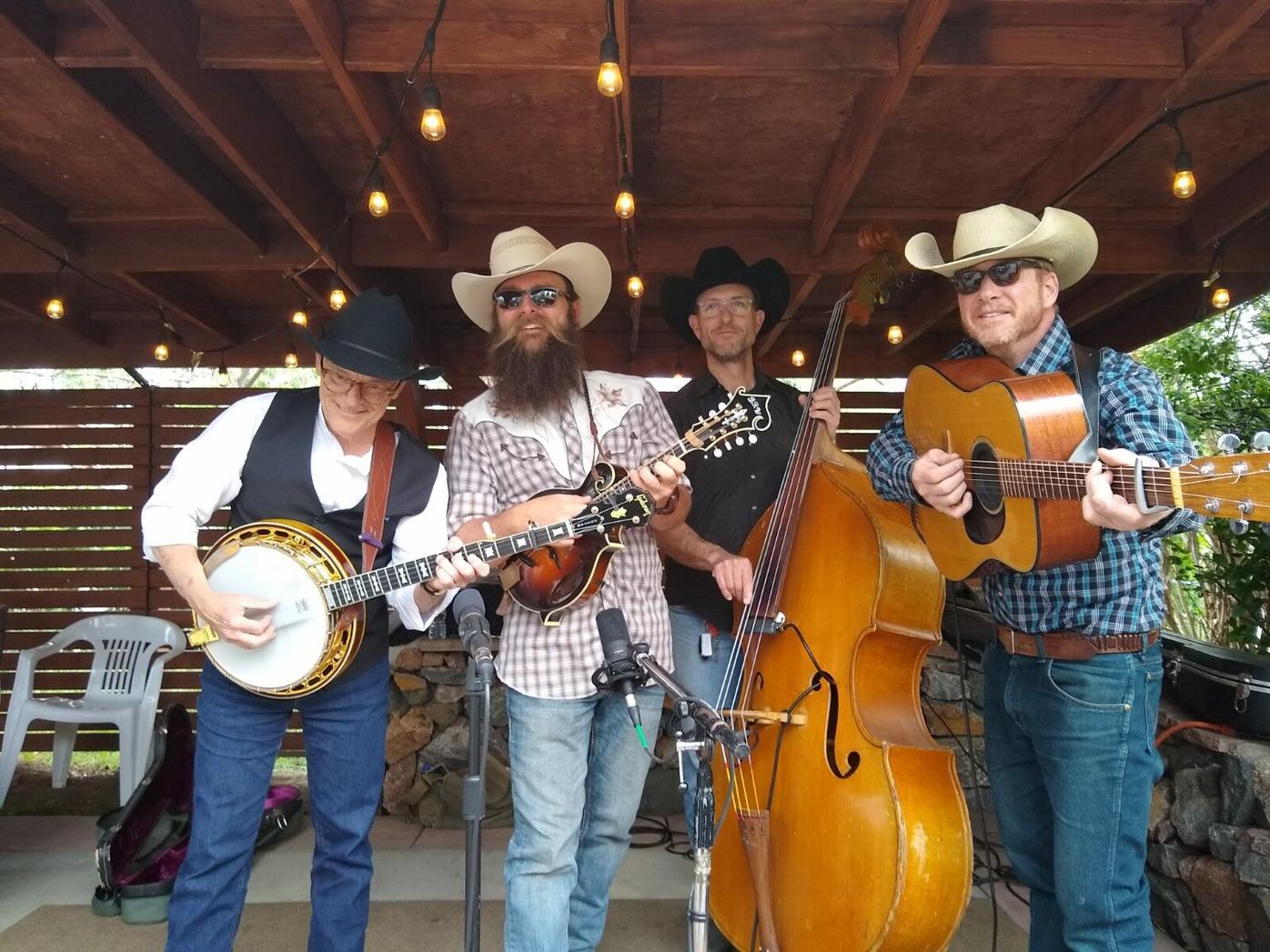 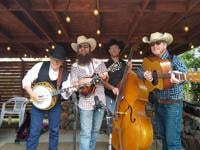 The Red Mountain Boys are a bluegrass band based in Colorado Springs. 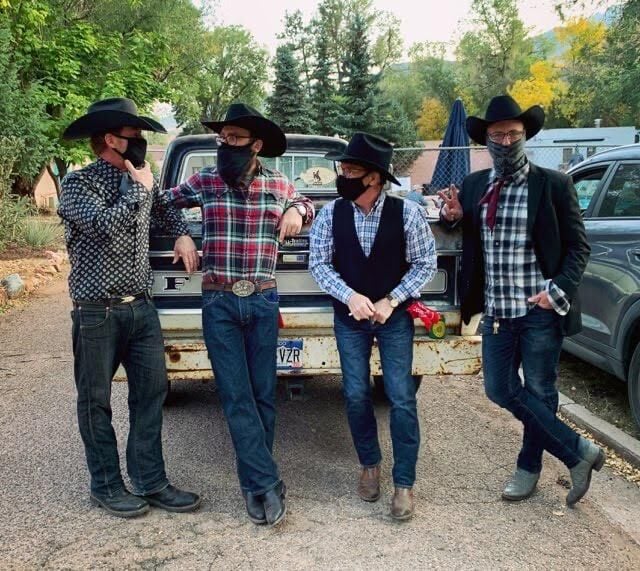 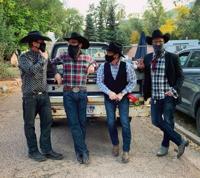 Without concerts to play in recent months, the Red Mountain Boys took the time to write and record new songs. 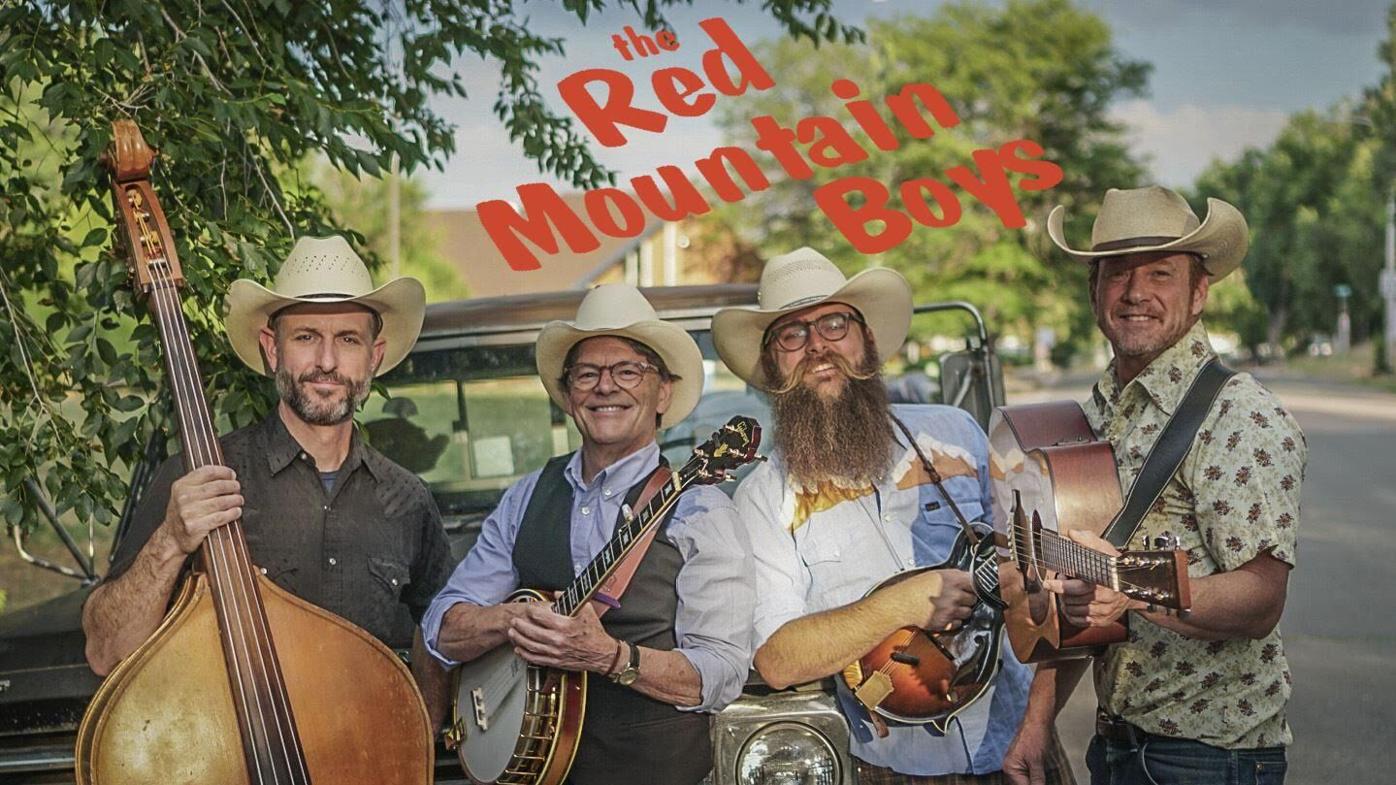 The Red Mountain Boys play a show at Stargazers on Friday. 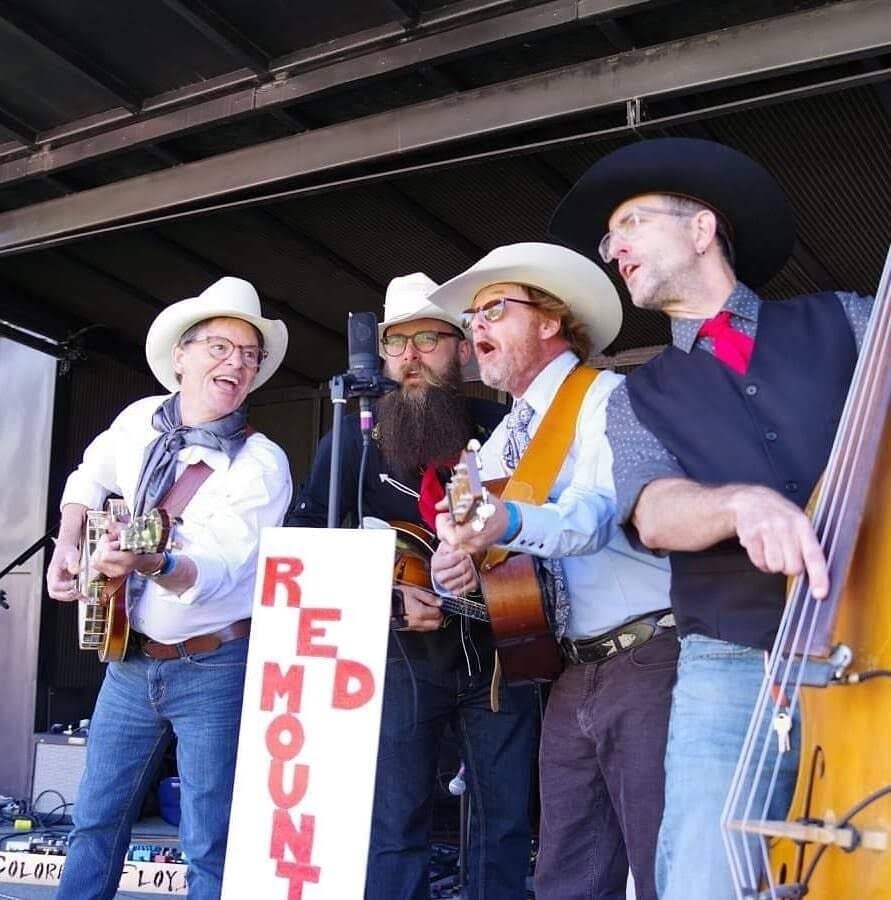 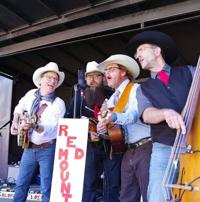 The Red Mountain Boys are scheduled to play a free show on the lawn of the Manitou Springs library on July 21. Courtesy photo

The Red Mountain Boys are a bluegrass band based in Colorado Springs.

Without concerts to play in recent months, the Red Mountain Boys took the time to write and record new songs.

The Red Mountain Boys play a show at Stargazers on Friday.

The Red Mountain Boys are scheduled to play a free show on the lawn of the Manitou Springs library on July 21. Courtesy photo

Members of a new Colorado Springs bluegrass band hear something like this all the time: “I don’t like bluegrass music.”

In a way, Jeff Daugherty, one fourth of the band, understands.

He didn’t particularly love the kind of bluegrass music he started out playing. At the age of 21, Daugherty and his banjo skills joined his family’s bluegrass gospel group based in North Carolina. His uncle founded the group, based around a tradition and Christian musical style, in 1958.

There was something cool about taking part in a 50-year family tradition. For his first professional gig, Daugherty played for 2,000 people. They all dressed up in three-piece suits.

But he recalls a less cool side.

“The strictness of the tradition was stifling,” Daugherty said. “You knew exactly what part you played in each song and you didn’t deviate in any way from that night over night.”

And the uniform didn’t leave much for Daugherty’s personality. At the time, he had a long beard and dreadlocks. Six months after he joined the band, his aunt and uncle asked if he could do something about his hair.

“I said, ‘I think Jesus would love me regardless of what I look like,” Daugherty recalls.

He says they replied, “He might, but we don’t.”

Daugherty was kicked out of the band, which didn’t exactly make him happy.

That allowed him to pursue any kind of music and life he wanted. He spent years as a starving artist before finding stable gigs.

And he’s explored other parts of the world, thanks to marrying a military woman. Her work in the Air Force brought them to Colorado Springs after three years in Germany.

It didn’t take long for Daugherty to form a band here. He teamed up with local musicians Jon Murphy, Alan Thomas Begley and Lewis Mock, who recently retired from his 20-year gig performing at The Broadmoor. Together, they formed the Red Mountain Boys in early 2019.

“None of us had played too much in the local scene, so we didn’t know each other really,” Daugherty said. “It was all fresh blood.”

Coming off several years in a New Age jamgrass band in Cheyenne, Daugherty says he was ready to play traditional bluegrass again. This time, on his own terms.

There’s no three-piece suits, for example, but there is a preshow group text message about what color hats they should wear. The Red Mountain Boys like to match. Outfits often include jeans, Western-leaning button-up shirts, ascots and cowboy hats.

“People don’t want to see you in the same thing you wear at King Soopers,” Daugherty said.

That love for “showmanship” stuck around from his time in the family band.

And there’s the love for the stripped-down sound. Before the coronavirus pandemic began, the musicians would huddle around one microphone to sing their four-part harmonies. They never have amplification for their instruments.

Their live shows, like the upcoming one at Stargazers, are far from how Daugherty started out. Instead of a strict set list, the band might decide spontaneously to cover a U2 song.

“We’re all very much free in what we do and how we play,” he said.

And things get rowdy.

“We play very traditional, but the people in the crowd are not traditional bluegrass fans,” Daugherty said. “It’s a fun, hip crowd. It’s very lively.”

That’s why, he says, “it’s almost bothersome when someone says they don’t like bluegrass music.”

“Bluegrass music today is so broad, so it could be for anyone,” he said. “We like making converts of those folks that say they don’t like bluegrass.”

At Friday’s show, fans will likely hear tons of new songs from the band. Without shows to play over the last few months because of the pandemic, the Red Mountain Boys got busy writing and recording music.

“We hunkered down,” Daugherty said. “COVID has not been a vacation for the Red Mountain Boys.”

Social media influencing isn't just for celebrities or people who live in big cities. Two women based in Colorado Springs have made careers out of catering to their Instagram followings.