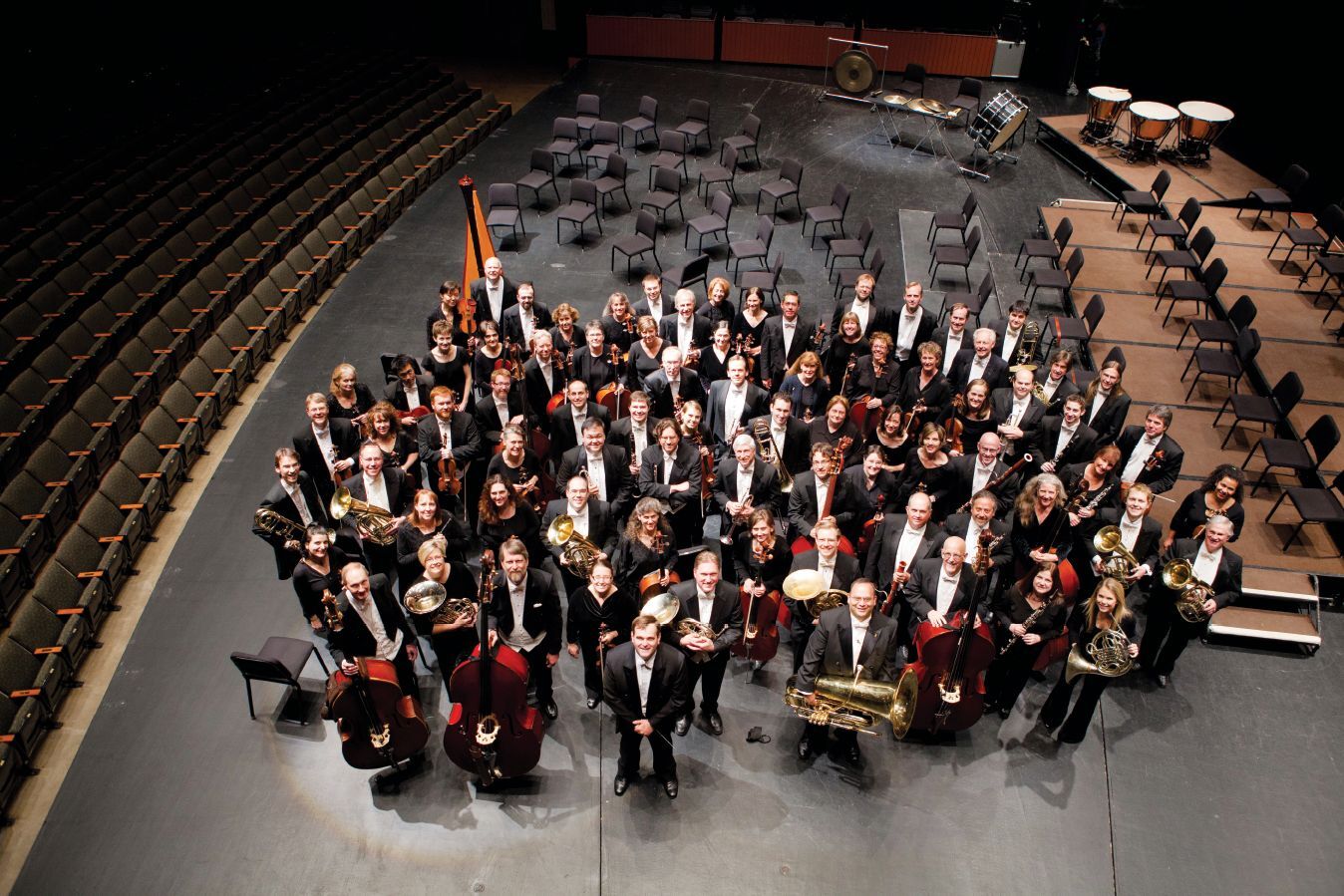 The Colorado Springs Philharmonic’s “Comeback Celebration” will feature the return of music director Josep Caballé-Domenech as conductor, along with guest pianist Yekwon Sunwoo and works by Scott Ordway, Brahms and Rachmaninoff. 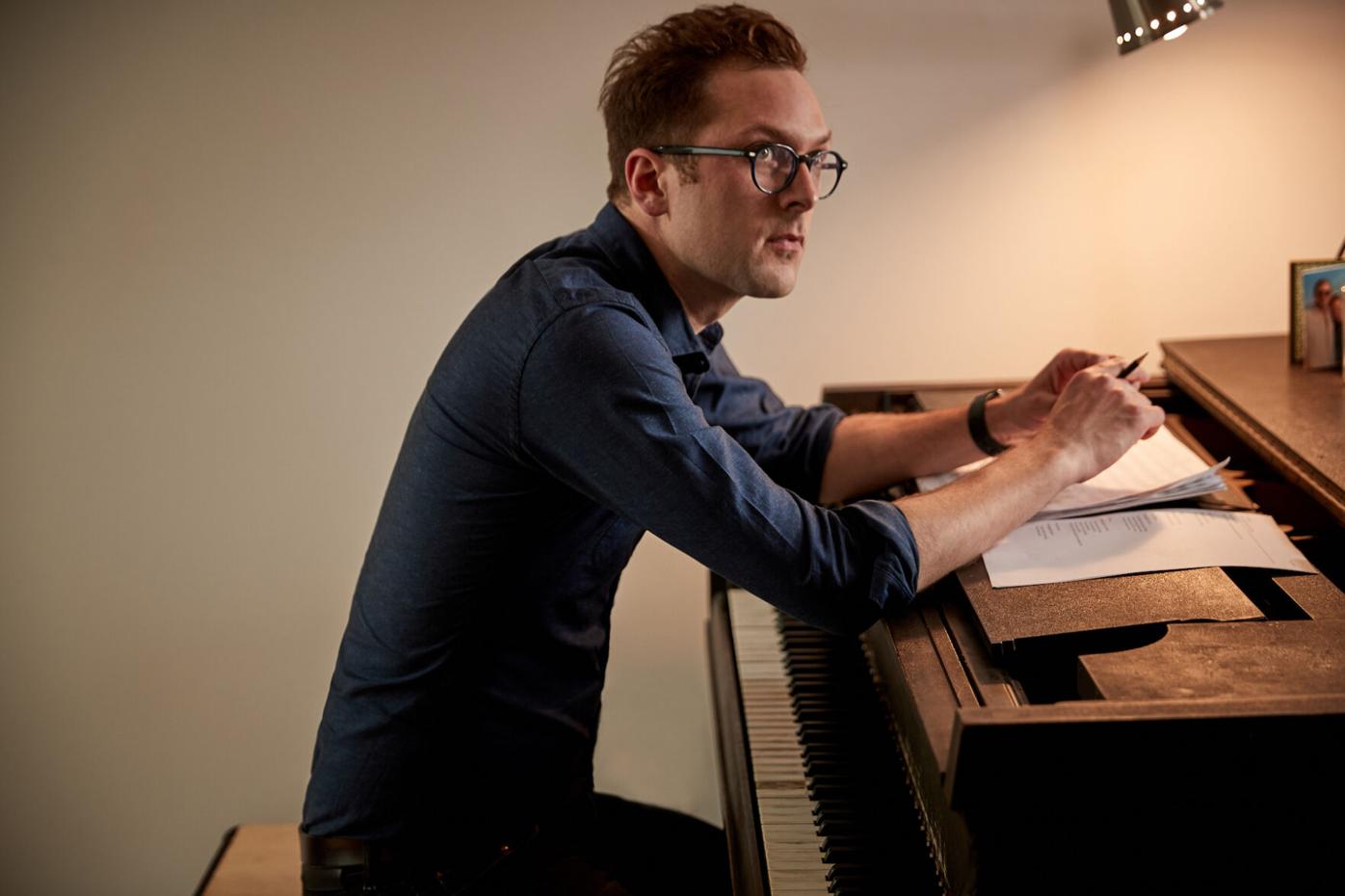 Composer Scott Ordway, right. His “In the Kingdom of Bells” will be performed by the Colorado Springs Philharmonic during its “Comeback Celebration.”

The Colorado Springs Philharmonic’s “Comeback Celebration” will feature the return of music director Josep Caballé-Domenech as conductor, along with guest pianist Yekwon Sunwoo and works by Scott Ordway, Brahms and Rachmaninoff.

Composer Scott Ordway, right. His “In the Kingdom of Bells” will be performed by the Colorado Springs Philharmonic during its “Comeback Celebration.”

Composer Scott Ordway was traveling in Istanbul when he heard the call to prayer for the first time in a Muslim country.

The sounds came every few hours, reverberating from far-off to nearby mosques, and eventually immersing him in sound.

“I experienced it as a sonic phenomenon,” said Ordway from his home in Philadelphia. “I found it moving and beautiful, and started to imagine what that might look like in other contexts, both being surrounded in sound from every possible direction, but also being surrounded by sound that results in some human activity.”

A couple of years later, in 2018, Ordway channeled that sonic memory to create a work for the Tucson Symphony Orchestra. As with all of his pieces, it began with the question: What if?

“I had the idea of all the world’s bells ringing at once, from the smallest to the largest, in one glorious morning,” he said. “What would it feel like to be a person on that morning and start to realize something was going on and it wasn’t a coincidence?”

From that came the 13-minute “In the Kingdom of Bells,” a piece that explores the feeling of gradual awareness of something magical taking place. It will kick off Colorado Springs Philharmonic’s “Comeback Celebration” on Saturday and Sunday at Pikes Peak Center.

This weekend’s concerts mark the first time music director Josep Caballé-Domenech will serve as conductor since 2020. After 18 months of a contract dispute, Philharmonic management and the Pikes Peak Musicians Association agreed on a three-year deal in October. Since then, the symphony has performed twice, for Christmas and New Year’s Eve, but without Caballé-Domenech at the helm.

“To have Josep back in person with the musicians will be a homecoming,” said Philharmonic President and CEO Nathan Newbrough. “It will be an emotional time for a lot of us.”

In addition to Ordway’s piece, the concerts will feature Brahms’ “Variations on a Theme by Haydn” and Rachmaninoff’s “Piano Concerto No. 3” with guest pianist Yekwon Sunwoo, a gold medal winner of the esteemed Van Cliburn International Piano Competition.

“There was some talk about maybe we need to keep it simple in our return to performing,” Newbrough said. “But in the end it was decided that we want to swing for the fences. We’re stepping up with a big program and featuring an exciting young pianist. He’s a superstar.”

Ordway’s concert-opening piece differs from the traditional concert-opener — usually a big, bold and loud number. Instead, his work begins in silence and gradually builds, culminating in what he called an “ecstatic climax” eight minutes later. Many of his works begin and end in silence, an important theme not only in his music, but also his spiritual life. He is a Quaker, and much of their communal worship is based in stillness.

“An important part of my spiritual life is waiting in silence with a group of people, and believing that from that silent waiting moments of profound revelation have the possibility to emerge,” Ordway said.

“That’s important in the way I think about music also. A major task as a composer is to create sonic architecture in which a listener can really hear and appreciate simple musical beauty.”

"Kukuli Velarde: Corpus," featuring 15 ceramic sculptures, each with matching tapestries, is a symbolic representation of the Corpus Christi festival. The installation by Velarde, a Peruvian American artist, grapples with the ideas of indigenous resilience in the face of Spanish colonization. It opens Friday and runs through April 9 at Colorado Springs Fine Arts Center at Colorado College.