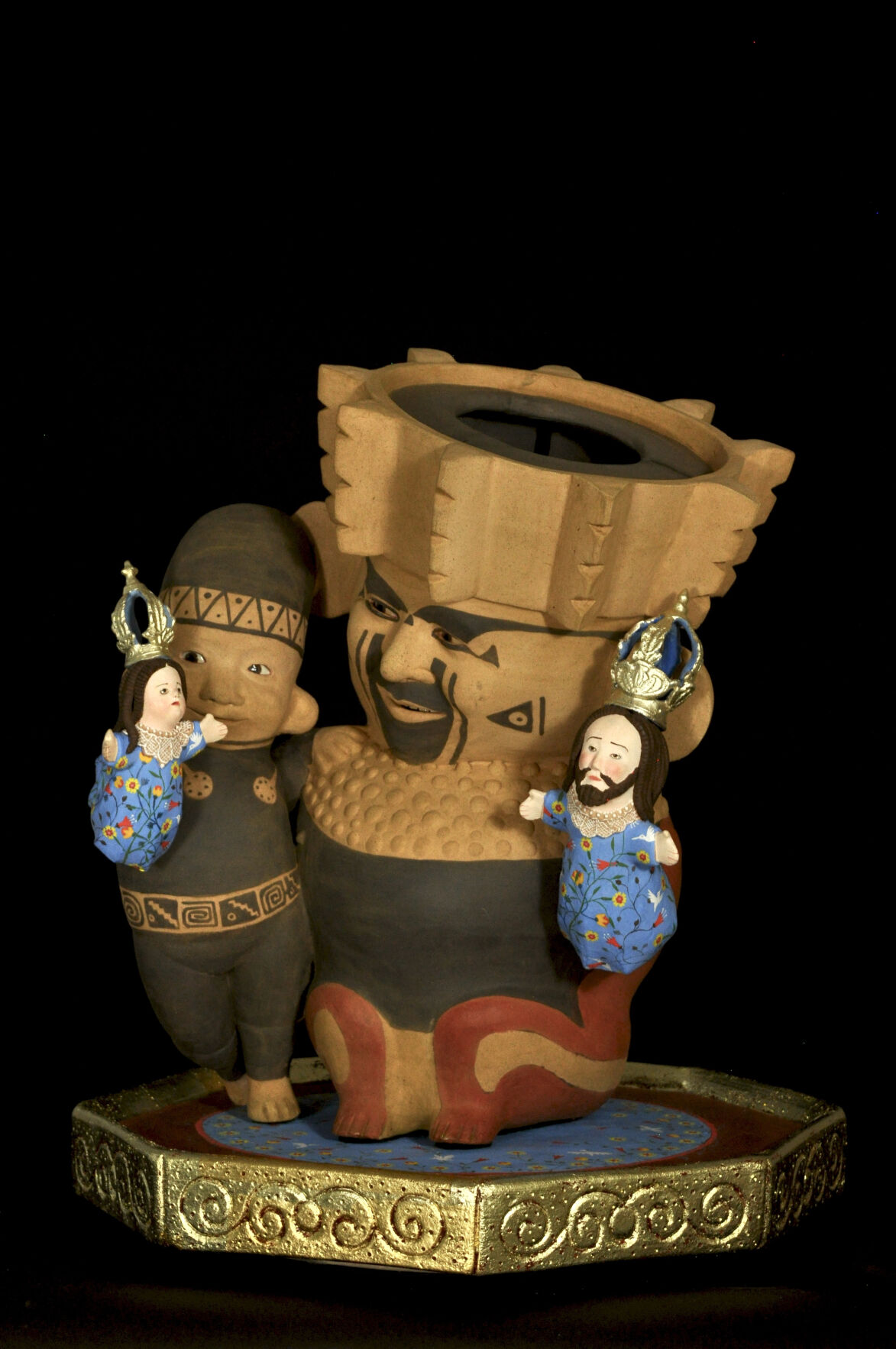 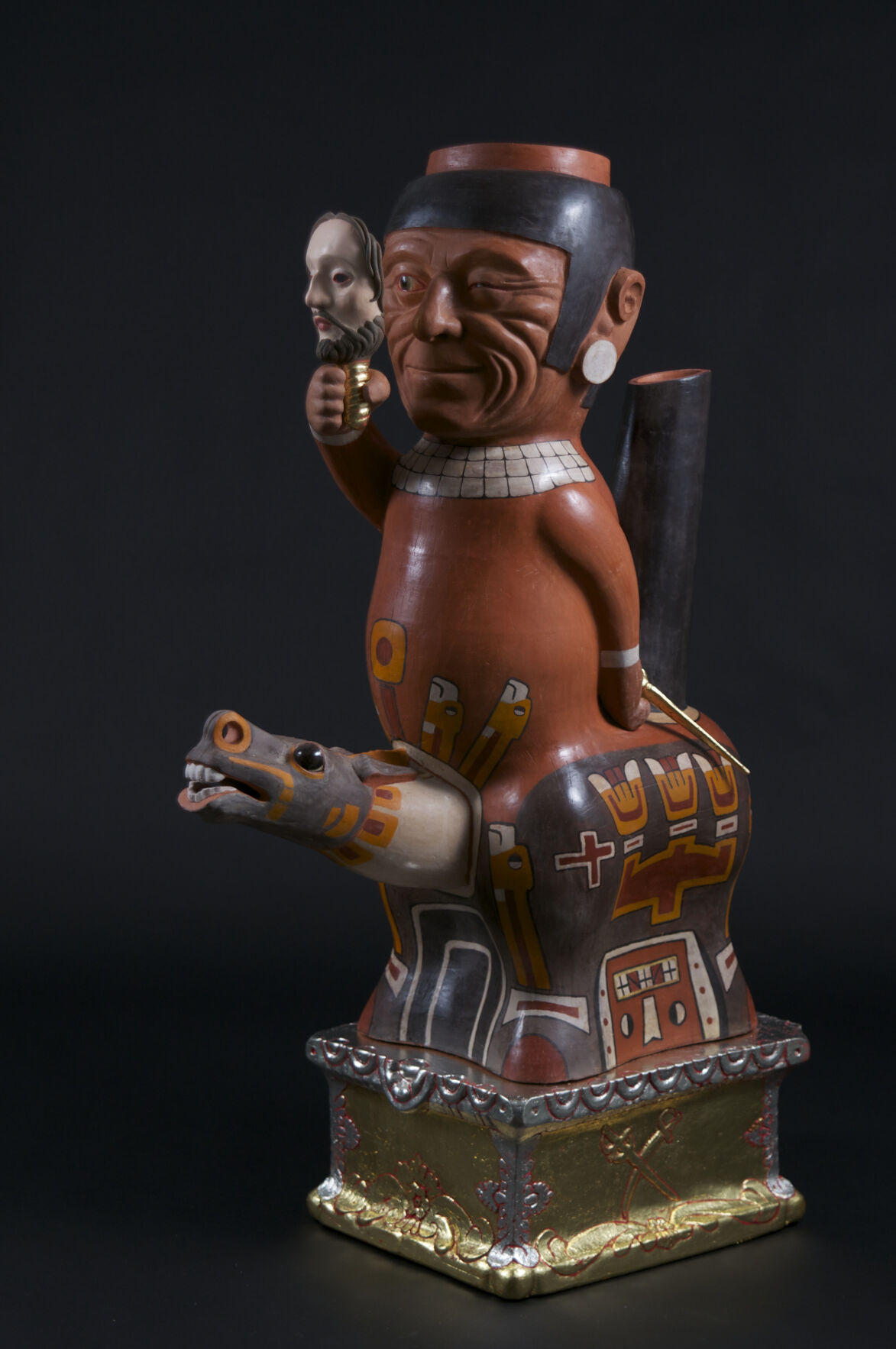 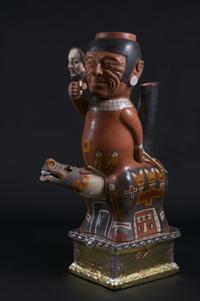 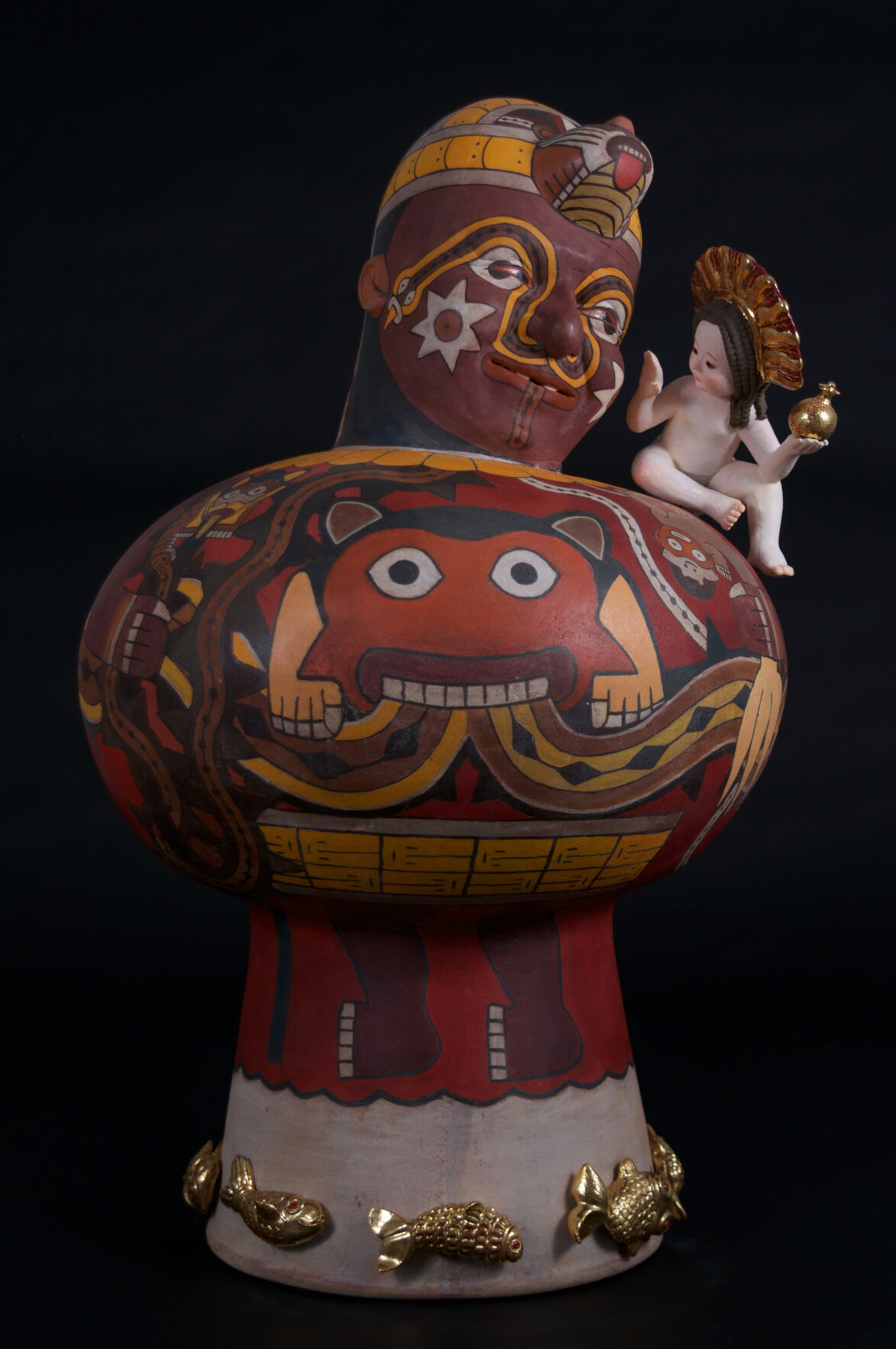 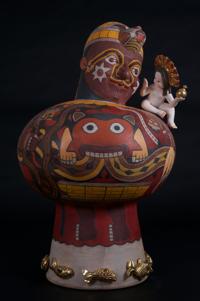 The first nugget of the idea took hold after her mother told her a story about Corpus Christi, the annual Roman Catholic festival in Cusco, Peru, that features the procession of 15 statues of saints and religious figures to a cathedral in the city’s center. The history of the celebration goes back to the 16th century, when the Spanish colonized the region and attempted to banish Indigenous religious traditions by thrusting their Catholic traditions upon the land.

Peru’s inhabitants, however, refused to be stripped of their sacred entities and worldviews, and found a shrewd way to blend them with the Catholic counterparts forced upon them. Velarde’s mother told her how these sacred entities survived and were being carried by some of the saints during the Corpus Christi procession.

“The idea these entities were still here in Cusco and that many of the people who were Catholic practitioners and leaders of the church, though not the priests, could carry not just the Catholic icon, but the entity that comes from before seemed so amazing, said Velarde from home in Philadelphia. “The resistance of human nature.”

“Kukuli Velarde: Corpus,” an installation featuring 15 ceramic sculptures, each with matching tapestries, is a symbolic representation of the festival. Velarde’s sculptures of smiling Indigenous entities are still alongside their Catholic counterparts, but brought to the forefront and recognized as survivors of colonial efforts to extinguish them.

“That they are walking in this Catholic disguise felt amazing,” Velarde said. “I’m not a believer, but I was raised Catholic. I want to acknowledge their presence. My work lately is acknowledging the presence of something more than what we see or what we know.”

“Kukuli’s work is gorgeous. The ideas infused in this installation are so important for this cultural moment,” said FAC Curatorial Assistant Blair Huff. “It grapples with the ideas of Indigenous resilience in the face of colonization. It’s important to find ways to question the dominant narrative and provide counternarratives that enrich our understanding of places, people and cultures.”

Velarde, who also works in painting and drawing, was considered a child prodigy; she began having solo exhibits at 10. Her family was a little too enthusiastic, she said, which prompted her to move from their intense energy. From Peru, she moved to Mexico for a graduate program in art, then to the U.S., where she pursued a bachelors in fine art. Her work, which often focuses on pre-Columbian traditional forms and iconographies, can be found in Museo de Arte Contemporáneo de Lima in Peru, Museum of Fine Arts in Houston, Pennsylvania Academy of the Fine Arts and elsewhere.

“I didn’t feel art was something I understood or that meant something to me,” she said. “It took years to take command of my own artistic interests.”

When: Opens Friday, through April 9

Price: $10, $5 military and 55 and older with ID, free students and teachers with ID and FAC members, reservations required; 634-5583, fac.coloradocollege.edu

Something else: Free admission Saturday

It can feel like a little miracle. You’re having a bad day and, suddenly, a favorite song comes on the radio or the speakers at a coffee shop.