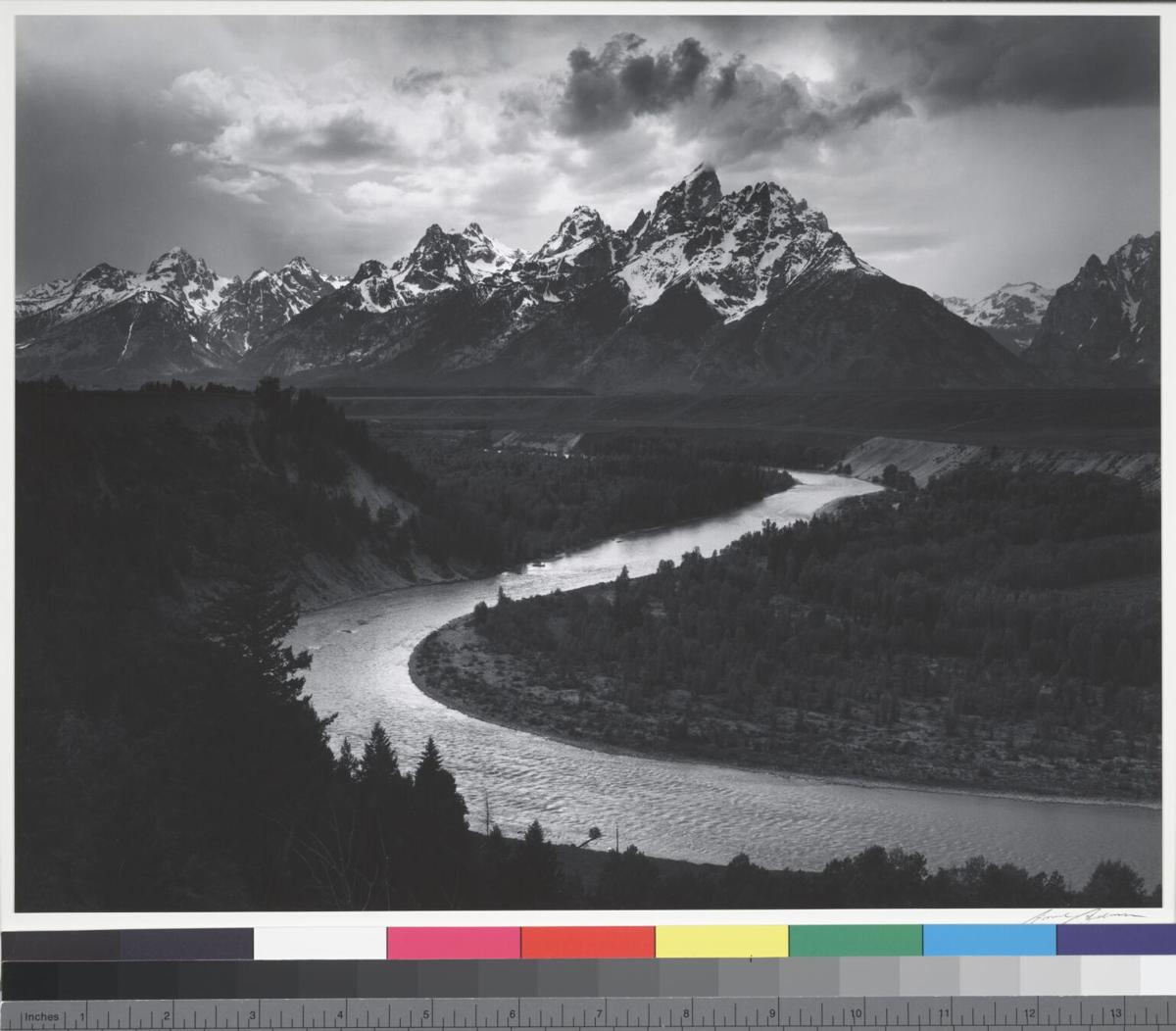 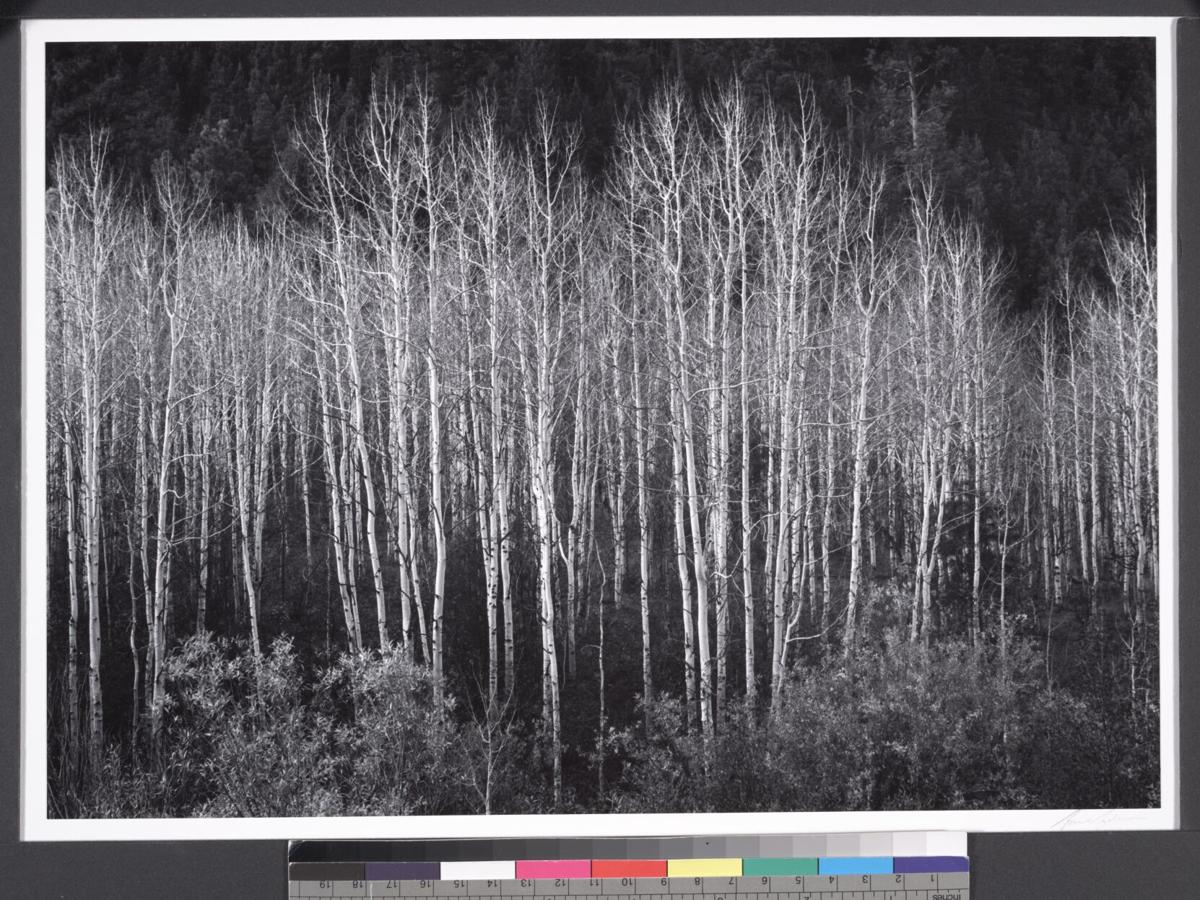 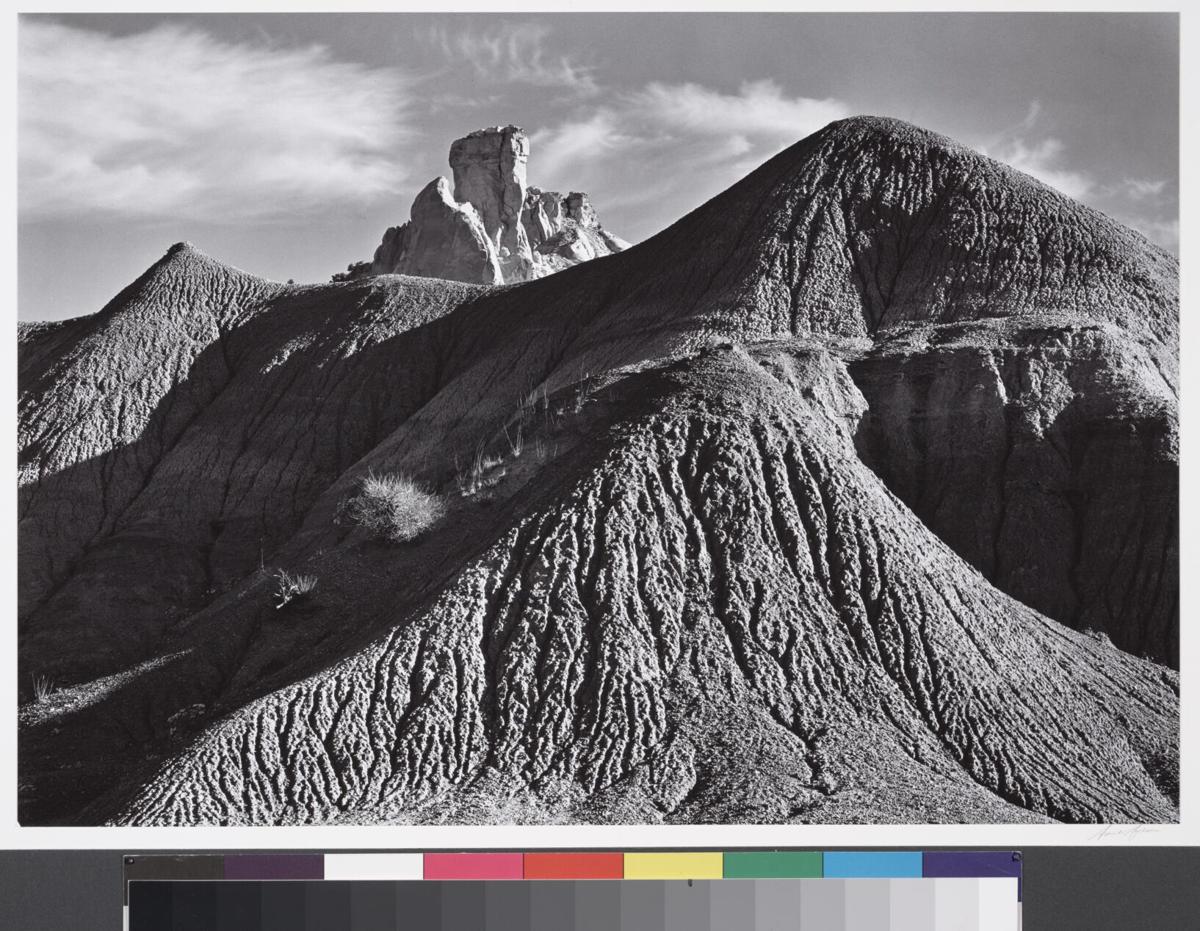 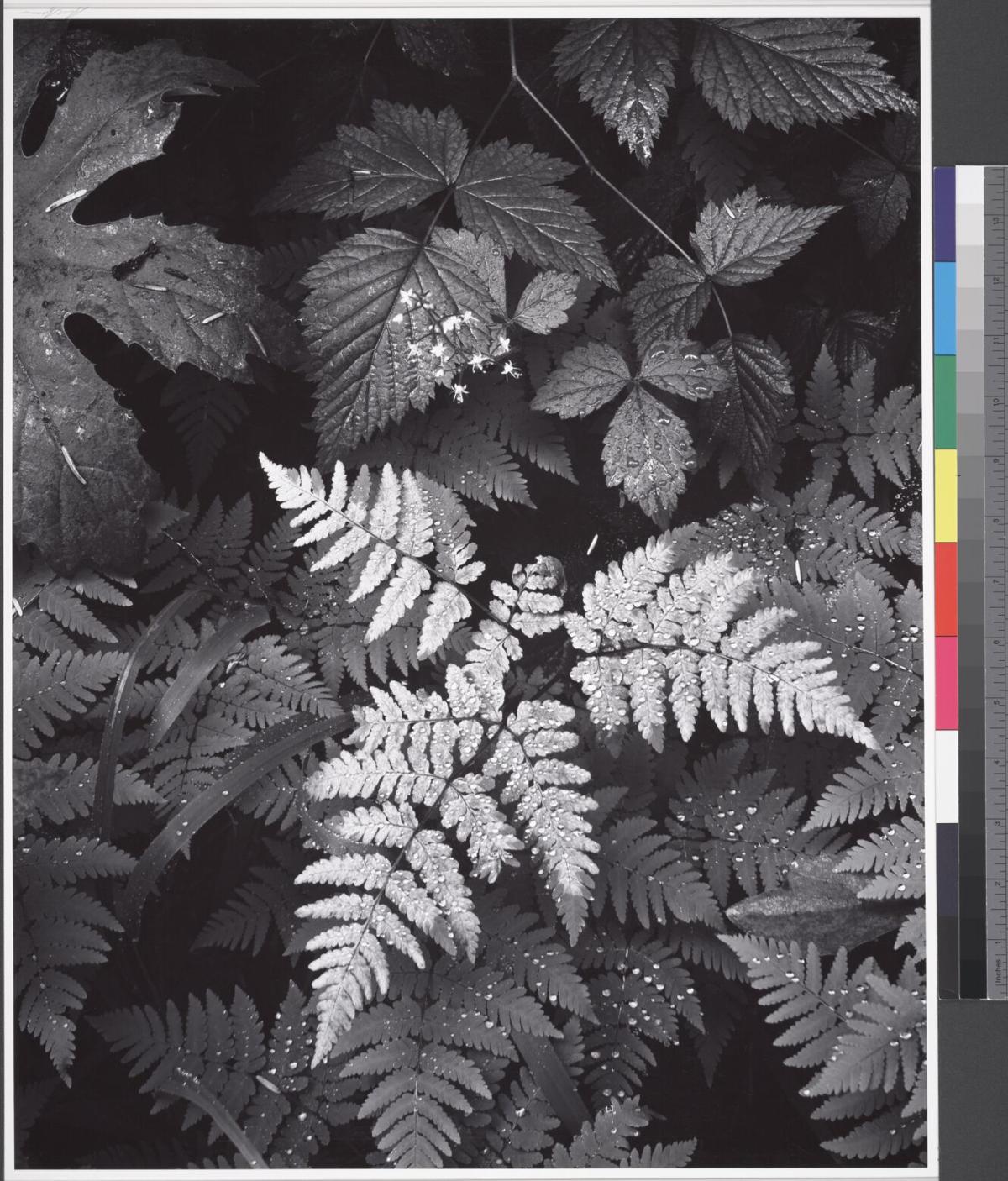 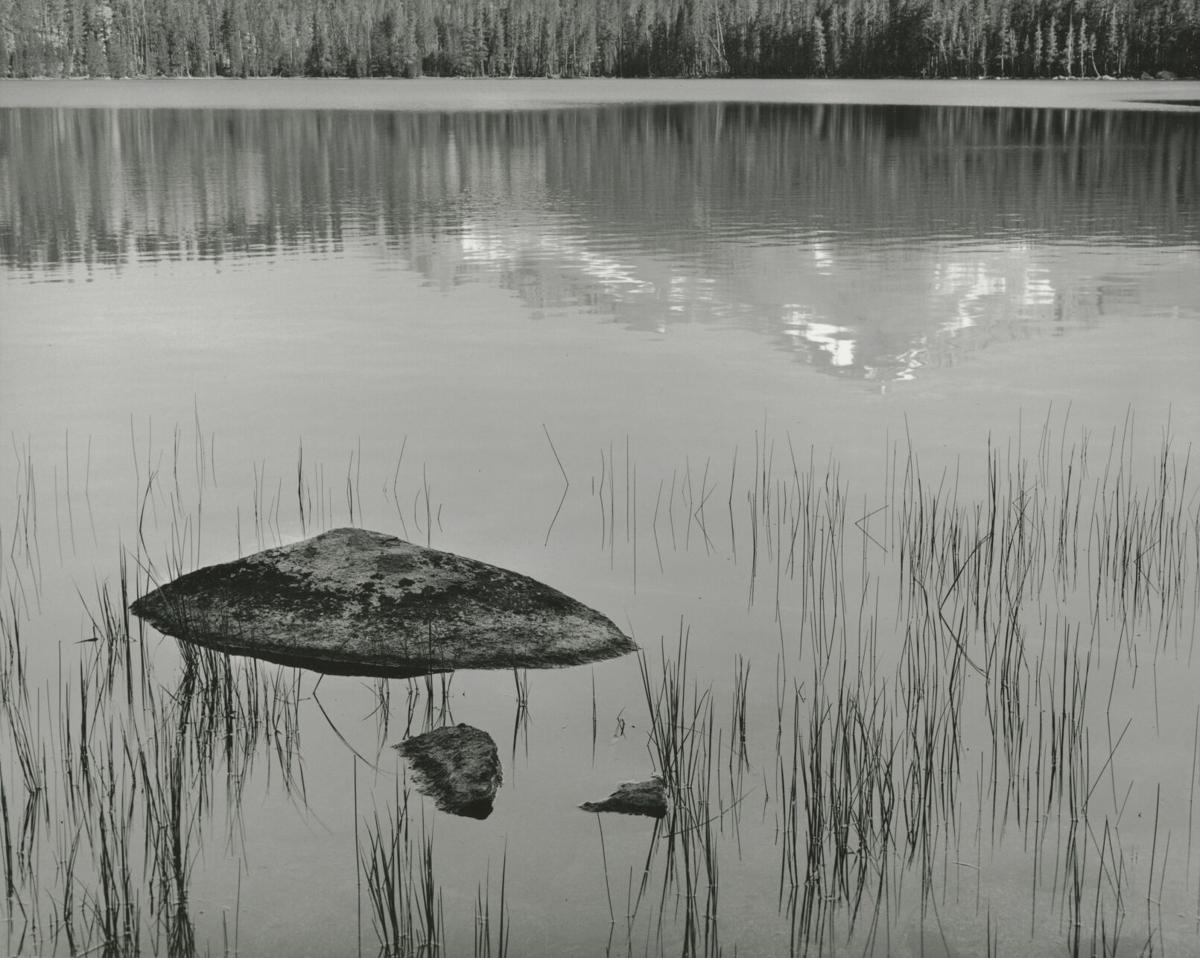 An Ansel Adams landscape is instantly recognizable to those who love photography.

The black and white mountains, moonrises, gnarled trees, rivers snaking through the land and streams of light puncturing puffy white clouds. Adams, who developed an affinity for nature at an early age, is one of our most well-known photographers. “Ansel Adams: Masterworks,” an exhibit featuring 48 of his photos from his portfolio “Museum Set,” will open Saturday at Colorado Springs Fine Arts Center at Colorado College. The show is open Thursdays-Saturdays by reservation and will be up through Sept. 4.

Adams, who died in 1984 at 82, began to consider his artistic legacy and body of work in 1979, sifting through 2,500 negatives to capture the images that most represented five decades of his career, from 1923-1969. That collection is known as the “Museum Set.”

“He’s a household name more than most artists,” says FAC Curator of Contemporary Art Katja Rivera. “He’s instrumental in putting photography on the map. For many years it wasn’t considered as important of an art form as painting or sculpture. Given his interest in harnessing the technical capabilities of the camera, he did a lot to change peoples’ perception.”

The dozens of photos exhibit a wide range of Adams’ interests, says Rivera, including landscapes, many taken at national parks in California, Nevada, New Mexico, Wyoming and Texas. Colorado also is represented with the 1937 photo “Aspens, Dawn, Dolores River Canyon, Autumn, Colorado.” There also are images of architectural structures, cultural sites and portraits, including one of Alfred Stieglitz, another famous photographer who inspired and influenced Adams in his work and also in his promotion of photography as an artistic medium.

Rivera most appreciates Adams’ dedication to photography throughout his career and his working to bring more respect to the medium, which developed much later than painting and sculpture.

“In the 19th century, there was a different perception of it,” she says. “It was a medium that began and tried to imitate painting through soft focus. A lot of photos you see from the 19th century and early 20th century have a really soft focus. We have a photo in the exhibit from 1921 where you see Ansel flirting with that style of photography. But then he and other photographers harnessed the medium for what it was capable of — strong contrast, sharp focus and fine detail. That was the defining change in how photography was made and seen.”

At the core of Adams’ work is his passion for the natural world. He was a mountaineer from a young age in San Francisco, where he grew up, and went on to become a staunch environmentalist and preservationist. At 17 he got involved with the Sierra Club, a group dedicated to protecting the Earth’s wild places, and he remained a member for the rest of his life, also serving as director at one point. He advocated for national parks, and lobbied U.S. Congress to lend support to environmental causes.

As he moved about the Earth with his cameras, capturing magnificent vistas, it’s easy to forget how challenging it likely was for him at the time.

“Adams was using fairly large cameras and would have had to lug those around the mountain,” Rivera said. “It was an undertaking, much different than taking your iPhone around.”

Trumpet player Sophie Urban was selected for the 2021 Carnegie Hall National Youth Orchestra of the United States of America.

'Days of our Lives' gets Peacock limited series spinoff

Deshaun Watson, Texans lobbying for trade amid investigation after QB reports to camp

NBC mum on Chinese complaints about map during ceremony