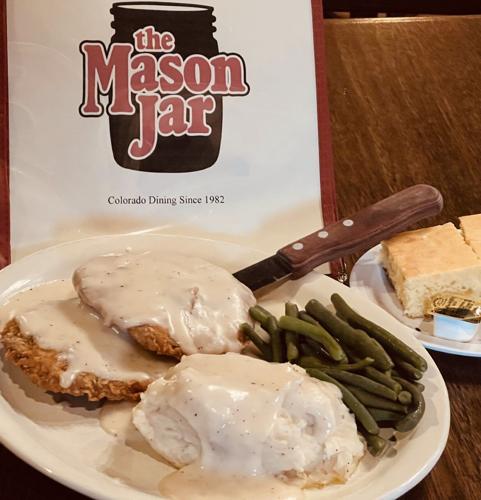 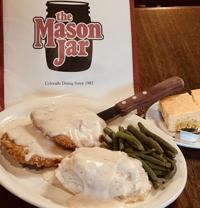 The chicken fried steak, the top-selling entree at The Mason Jar, will remain on the menu along with other popular comfort-food options under new ownership. 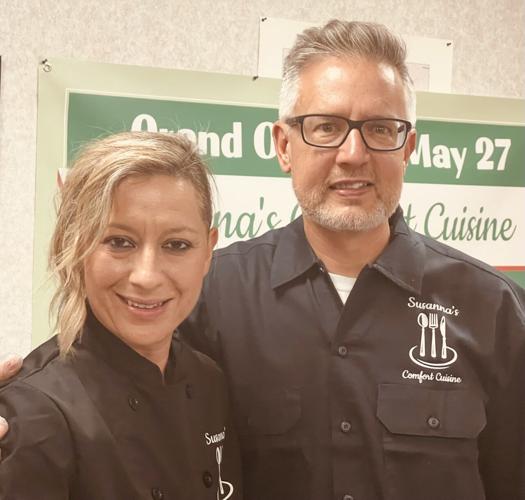 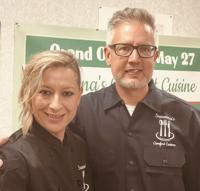 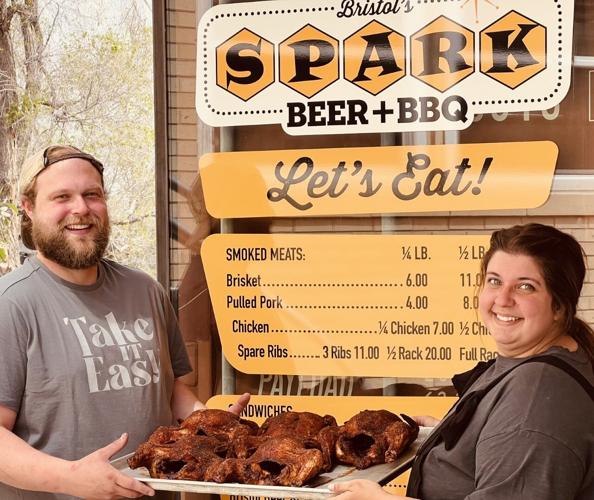 Evan and Tarah Wagstaff are the husband-and-wife chef team at Bristol’s Spark Beer+BBQ at Bristol Brewing Co., 1604 S. Cascade Ave., where they are serving their Alabama-style, beer-friendly smoked meats.

The chicken fried steak, the top-selling entree at The Mason Jar, will remain on the menu along with other popular comfort-food options under new ownership.

Evan and Tarah Wagstaff are the husband-and-wife chef team at Bristol’s Spark Beer+BBQ at Bristol Brewing Co., 1604 S. Cascade Ave., where they are serving their Alabama-style, beer-friendly smoked meats.

Paine launched The Mason Jar with two other partners, but over the years he acquired total ownership of the popular eatery.

“I’ll be around to help Kevin if he needs me,” Paine said. “The restaurant would have turned 40 in November, but I was ready to do some traveling. I may do a mission with my church to Africa. What I’m most happy about is that 100% of the staff are staying.”

Weese is uncertain of final plans for the eatery, but one thing is for sure: much of the menu, including the popular chicken fried steak, fried chicken and other classic comfort foods will remain.

“I grew up here (in the Springs) and loved the food at The Mason Jar,” Weese said. “Many of those dishes will continue to be offered. And we will be adding some new things, as well.”

There will be some changes made to the dining area, although the details are not nailed down. For instance, a self-pour taproom system with 40 different beers, wines and cocktails will be incorporated in The Mason Jar and a bigger patio is being considered.

“It will be a combination of the original Mason Jar and a nod to the urban taproom,” Weese said.

“Our grand opening will be 5 to 8:15 p.m. (last reservation) May 27 and 28. There will be a silent auction and giveaways,” she said. “Our menu will offer our comforting dishes, homemade desserts and signature cocktails made by Ben.”

There will be seating at the bar during lunch hours, Maetas said. “We will continue to offer our catering services as well as schedule our Sabor food truck for private events.”

Mike and Amanda Bristol, owners of Bristol Brewing Co., 1604 S. Cascade Ave., are making some big changes at their award-winning brewhouse. They have opened Bristol’s Spark Beer+ BBQ, a repurposed shipping container serving beer-friendly smoked meats and sides. The smokehouse is permanently parked in front of the brewery at Ivywild School.

Husband and wife Evan and Tarah Wagstaff are responsible for the cooking at Spark Beer+BBQ.

“We met Evan and Tarah through chance meetings with friends,” Mike said. “I learned to love barbecue while living in Amanda’s hometown in northern Florida. To me, barbecue is one of those foods that feeds the soul and brings people together around the table — just like beer.”

Both Wagstaffs have culinary degrees, Evan in savory and Tarah in pastry. Desserts will be added to the menu.

The Bristols are doing major expansion on the land in front of the brewery, which will connect the entrance to the brewery to the existing beer garden on the property. This space will include more garden space, game area, fire pits and additional outdoor seating. New parking spaces will be added at the opposite end and across the street from the school building.

“These projects will be done in phases,” Mike said. “We hope to be completed during the summer.”

The barbecue operation is open 11 a.m. to 9 p.m. Fridays through Sundays during May, with more days to be added over the summer.

Laws Whiskey House Class takes place at Fritzy’s Bar, 103 S. Wahsatch Ave., 6 to 7 p.m. Tuesday. For $20, you get to sip and learn about Laws Whiskey House’s range of bourbon, rye and American whiskeys, including its new release of bonded 7-year-old rye. Visit whiskyschoolus.com.

Panino's, the nearly half-century-old, family-run restaurant chain known for its signature panino sandwich, has closed its location at the Fir…