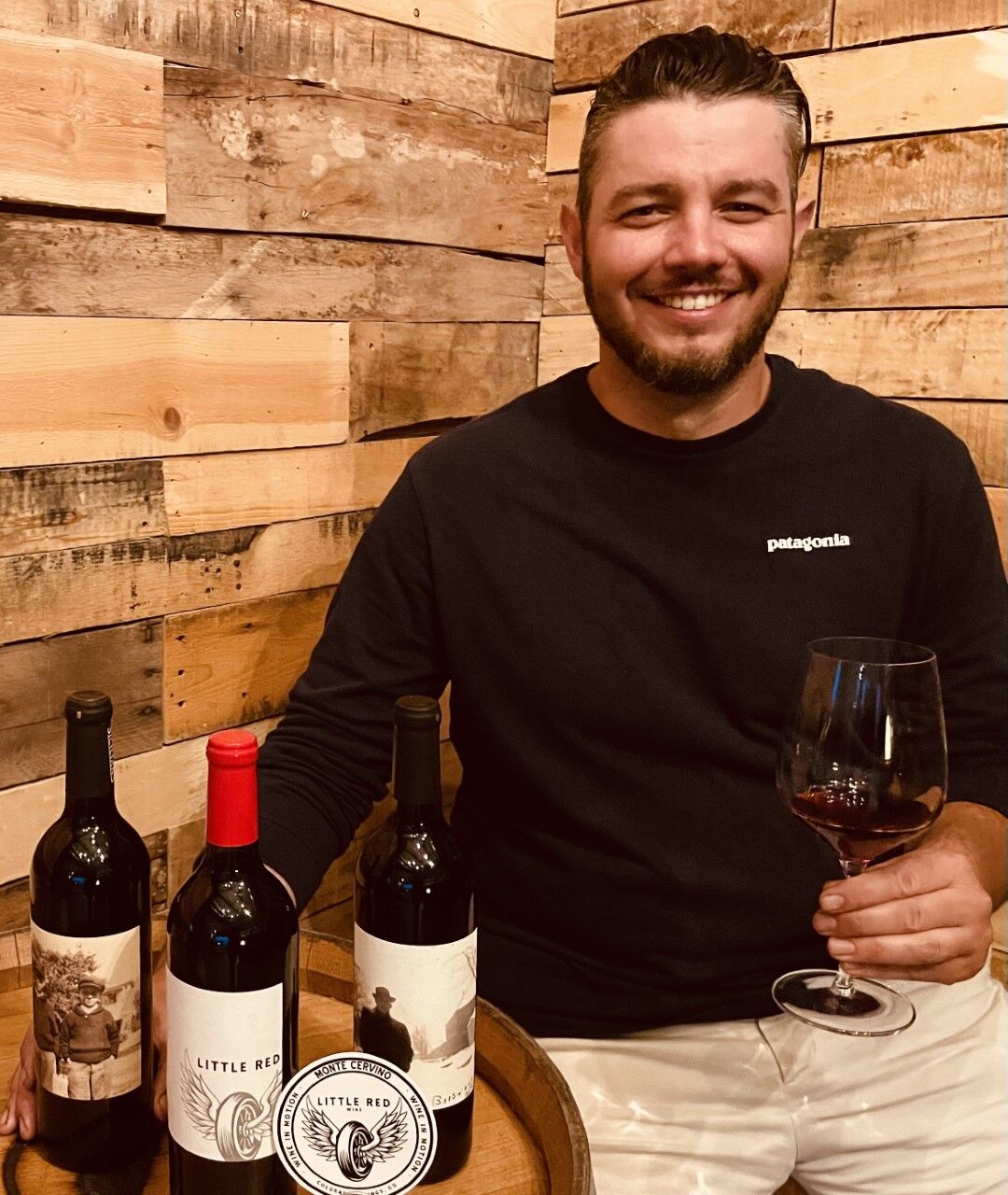 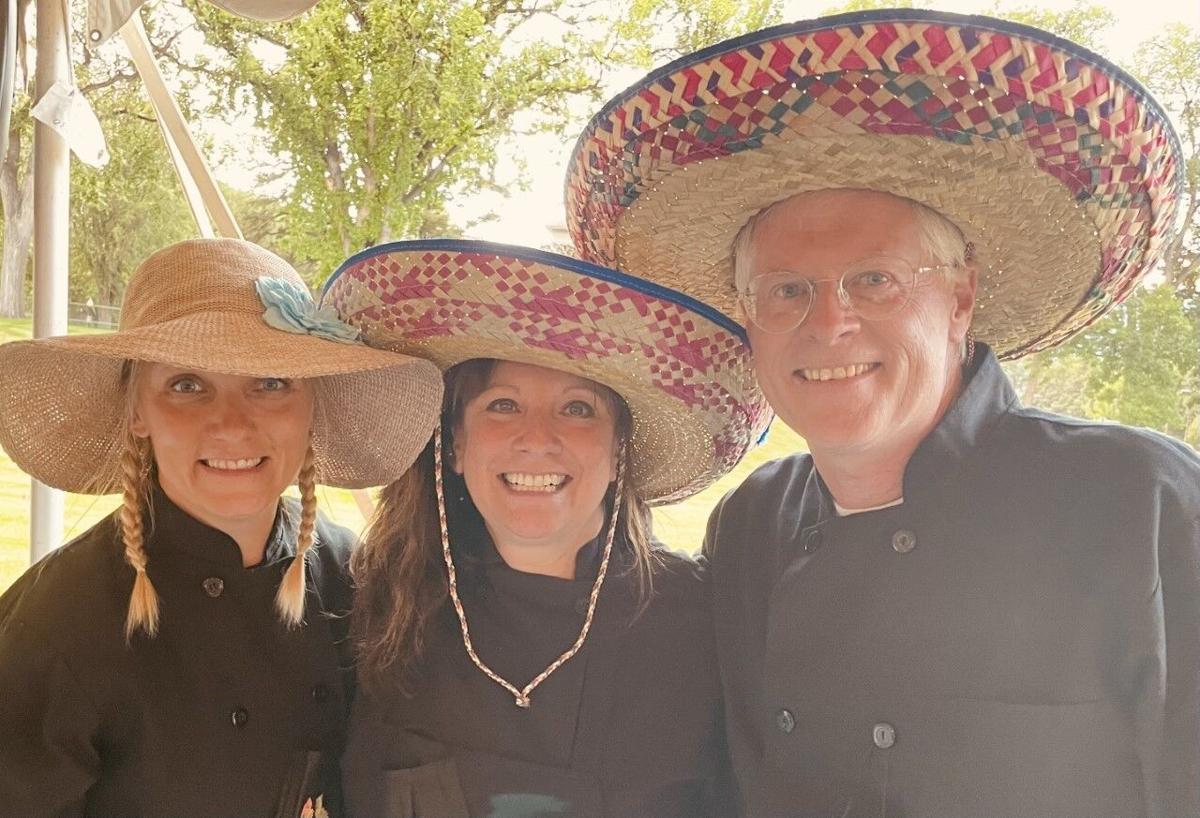 Matthew Bonno, the founder of Monte Cervino Beverage, is known for his award-winning fermented beverages at Boxing Brothers Ciderhouse, 4655 Town Center Drive, which he opened in 2016. He has recently introduced his newest venture: making wine.

“I made some red wine for my parents’ 50th wedding anniversary,” he said. “It turned out to be very good. Since I had to have a wine license to make hard cider, the addition of making wine made sense. The main difference between fermenting hard cider and wine is time. Hard cider is fermented faster than wine and is lower in alcohol. Plus, I had all the equipment I needed to start a winery too.”

The first release is named Little Red table wine, which is named after the 1929 Ford Model A racing car, which will eventually be displayed in the winery tasting room.

“I come from a family of gearheads and we support organizations dedicated to the preservation of automotive history, motorsports and charities that embody car culture to help outside causes,” he said. “I call them our passion projects. The label for Little Red wine is the winged wheel. It has been used to represent innovation, progress and speed for thousands of years. For us, it is the perfect symbol to represent the motion behind the brand.”

The wine is made with three California wines, which are then finished in Colorado whiskey barrels from a neighboring business, Ax and the Oak Distillery.

“Then the wine is aged to perfection,” Bonno said.

His next release is a cabernet sauvignon under the label Two Sicilians. Both the wines are bold with great acidity and perfect for food pairing. They can be purchased at the Boxing Brothers Ciderhouse tasting room for $8 for a glass of Little Red or $28 for a bottle and $12 for a glass of the cab or $43 for a bottle. Hours are 4 to 9 p.m., Thursdays and Fridays, noon to 9 p.m. Saturdays, and noon to 6 p.m. Sunday.

“We’re going to offer charcuterie boards featuring Colorado meats and cheese for about $50 to $60 couple with a generous pour of Little Red table wine and Two Sicilians cabernet sauvignon,” Bonno said. “We’re going to start Tasting Tuesdays soon where we can tell our story and talk about our charitable passion projects.”

He has made donations to organizations such as Morgan Adams, International Motor Racing Research Center, and National Auto Sport Association. Bonno is looking for a spot downtown to open Monte Cervino Urban Winery next spring. The hard cider operation will remain at the current location. Details: 374-5488, thelittleredwine.com.

Pasta in the Park, held Aug. 28, was a huge success. The teams for the pasta cookoff were especially impressive. The most popular pasta sauce and the winner of bragging rights went to “Fans of Fusion,” from Pikes Peak Community College.

The sauce featured Colorado, Pueblo-Italian and Mexican influences made with locally sourced ingredients. The sauce base was Pueblo chile pesto with a finishing drizzle of blueberry- balsamic, which made tasters say, “Mama mi, that’s delicious!”

Other winning teams were:

How to bake a whole chicken wrapped in clay | On Food

Susan Schenk, owner of Simply Delicious Baked Goods and Catering, 830 N. Institute St., is offering round challahs for the Jewish new year. She is debuting cinnamon and chocolate babka, which she said “would be the perfect breakfast treat to have the day that the fast is broken for Yon Kippur.”

This is the first time in her 25 years- plus of baking that she has tackled the tedious task of making babka and she is hearing rave reviews from customer.

With the closing of North Side Social, 9633 Prominent Point, on June 26, Mitch Yellen founder of the Altitude Hospitality Group, which owns the property, is reimagining the space.

“For years, I’ve heard from the community about a need for a corporate event venue on the north side of town,” he said.

“We are going to turn the North Side Social space into Pinery North, which will be much like our Pinery on the Hill. It will be an elegant event venue, perfect for weddings, corporate and group events.”

He’s targeting Oct. 10 for Pinery North to open. He also has Trainwreck, an entertainment sports bar planned for opening downtown at the end of October. It will be similar to what North Side Social offered. There’s also his Vine & Wheel, a wine bar and shop close to opening downtown, too.

His other eateries include Till, an upscale evening dining experience, and Garden of the Gods Café and Market.