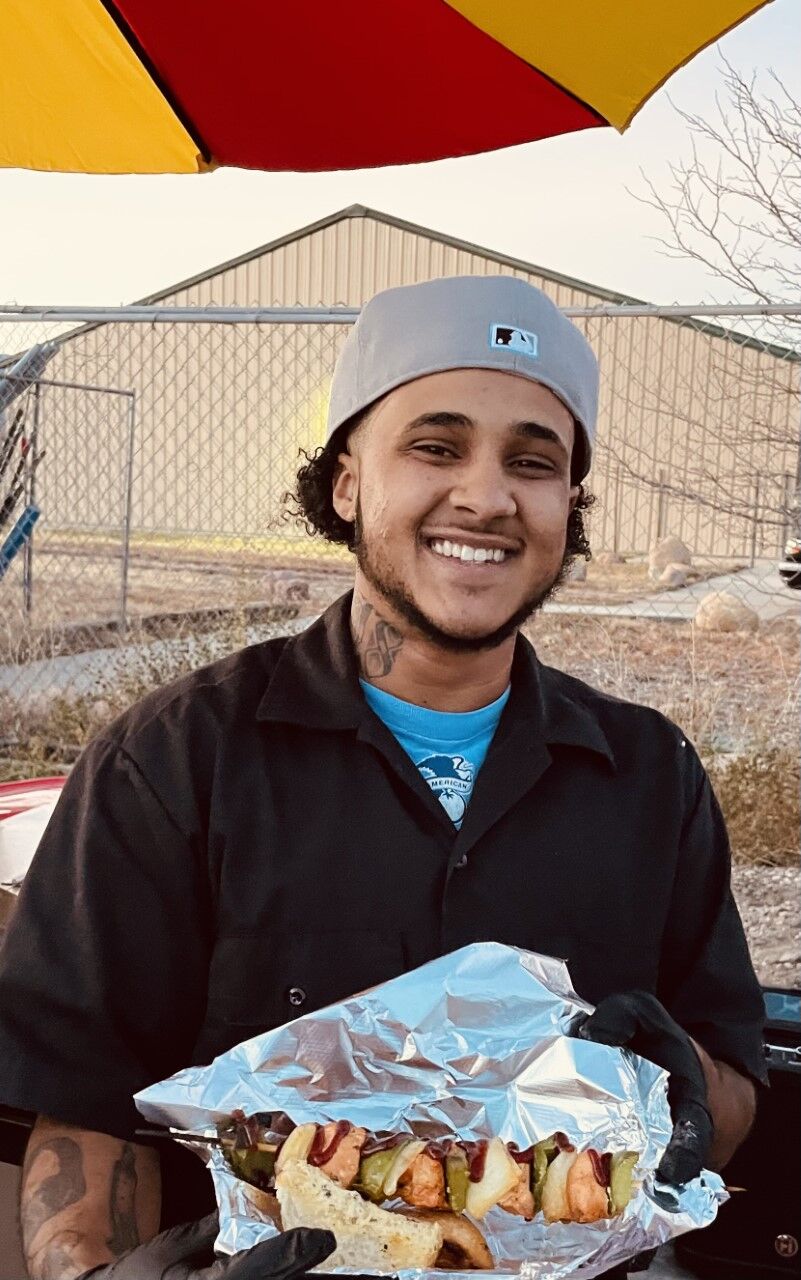 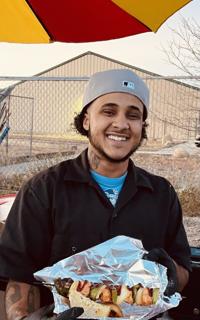 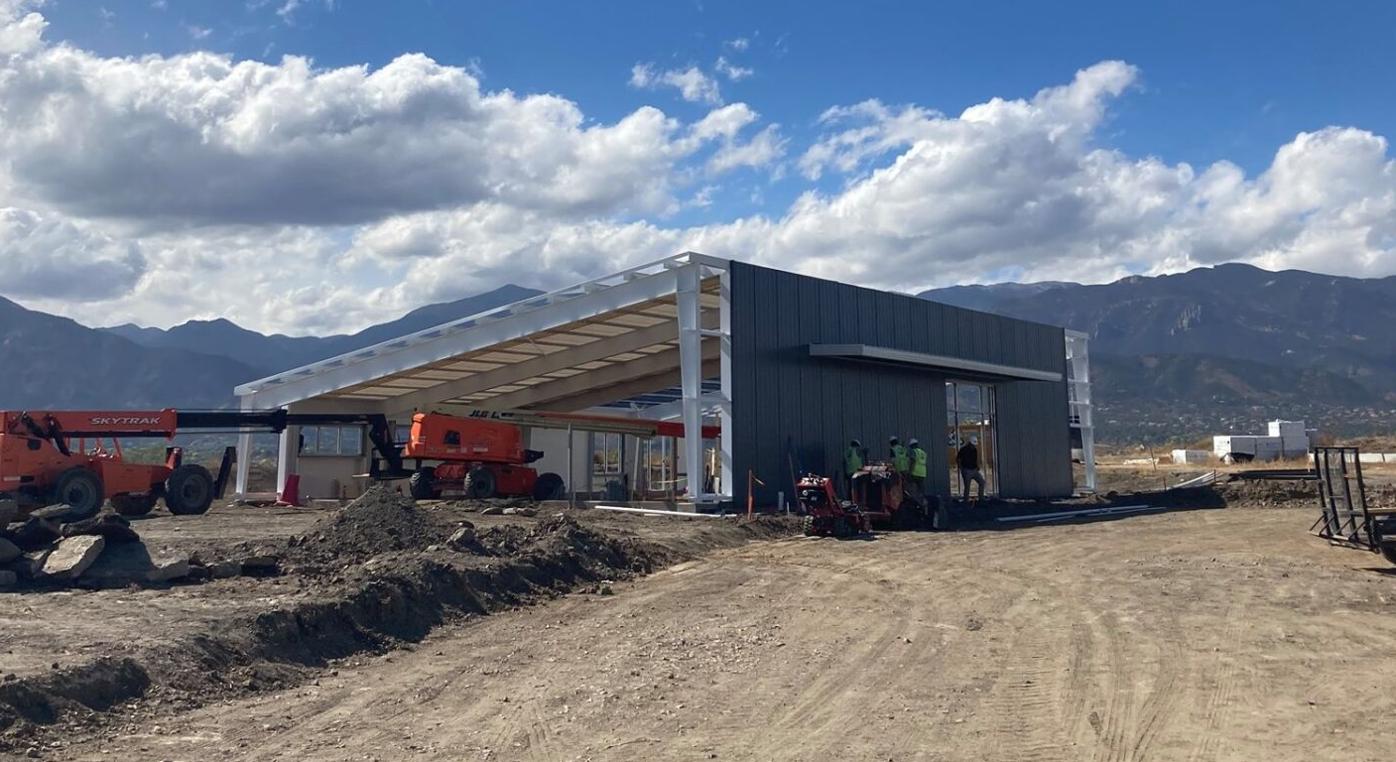 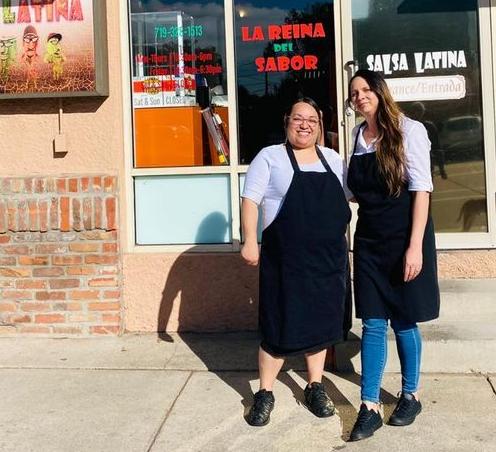 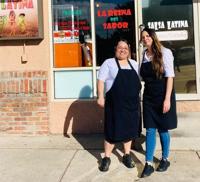 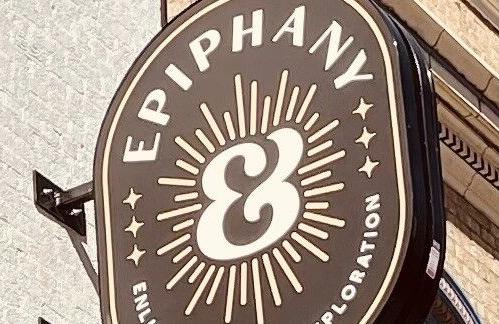 Wally Rivera, owner of El Corillo Pinchos de Puerto Rico, is serving Puerto Rican fast food from his mobile trailer grill. He made a stop at the Food to Power Harvest Fest on Nov. 13, where he was grilling chicken or veggie Puerto Rican-style barbecue kabobs pinchos. Pinchos is Spanish for “spikes,” which are a Puerto Rican fast food staple. He tucked a fat slice of grilled garlic bread in the tray with the kabobs. He can be found often at 719 Food Truck Fest. Details: 719-354-4160, facebook.com/elcorillopinchosdepr.

Related to the Food to Power Harvest Fest, there were tours of the Hillside Hub, 1090 Institute St., which will be equipped with a full-scale production farm. “We will be able to grow fresh fruits and vegetables,” said Slade Custer, communications and development manager for Food to Power.

“There will be a large-scale composting park, an events space, kitchens and classrooms to teach people how to cook and other relevant skills, as well as house our administrative offices.”

The project has been five years in the making with revisions of building plans, permits and fundraising.

Colorado Springs gets a taste of Native American food

Epiphany, 32 S. Tejon St., has opened on the upper level of the former Thirsty Parrot. Mandy Todd, Russ Ware, and Benjamin Gallegos Pardo are managing partners. Pardo is the chef, who is preparing a limited menu the first couple of weeks. Dishes boast a mix of his Colombian, Spanish and New Mexican influences and flavors. The eatery is a breakfast and lunch spot by day and transitions to a dinner format with a bar and live music venue in the evenings. Hours are 7 a.m. to 10 p.m. Mondays through Thursdays, 7 a.m. to midnight Fridays, 8 a.m. to midnight Saturdays, and 8 a.m. to 10 p.m. Sundays. Details: 719-358-7500, epiphanycos.com.

Carolina and Danny Aguilar, the owners of Salsa Latina, 28 E. Rio Grande St., are retiring and handing the business over to Aguilar family members Christina Medina and Rebecca Nix, who are continuing the popular menu with the addition of some new dishes.

“We have extended hours and the big change is that we take credit cards,” Medina said. “That’s a big deal.”

Colorado Springs filmmaker Tyler Hunt will premiere his new movie, "Who Needs You," Dec. 6 at Kimball's Peak Three Theater. In the comedy drama, a young single woman (Megan Elisabeth Kelly) learns she's pregnant, and turns to her brother (Hunt) for help deciding whether or not to have the baby. He offers to raise the child with her.