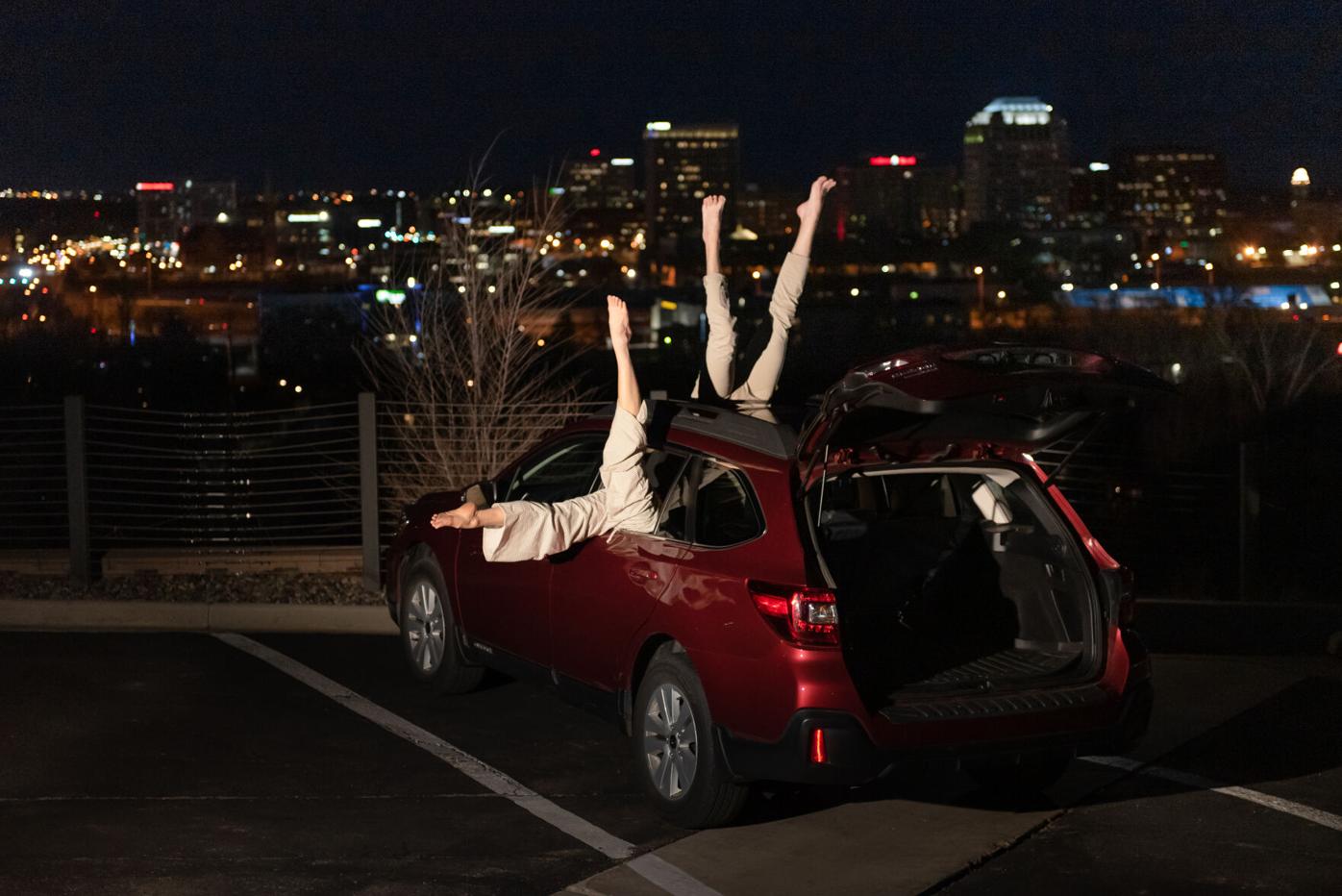 Ormao Dance Company's new outdoor show, "Out of the Crowd 2.0," will run Friday and Saturday and May 21-22 outside the Ormao studio downtown. Reservations are recommended. Courtesy Jan Johnson 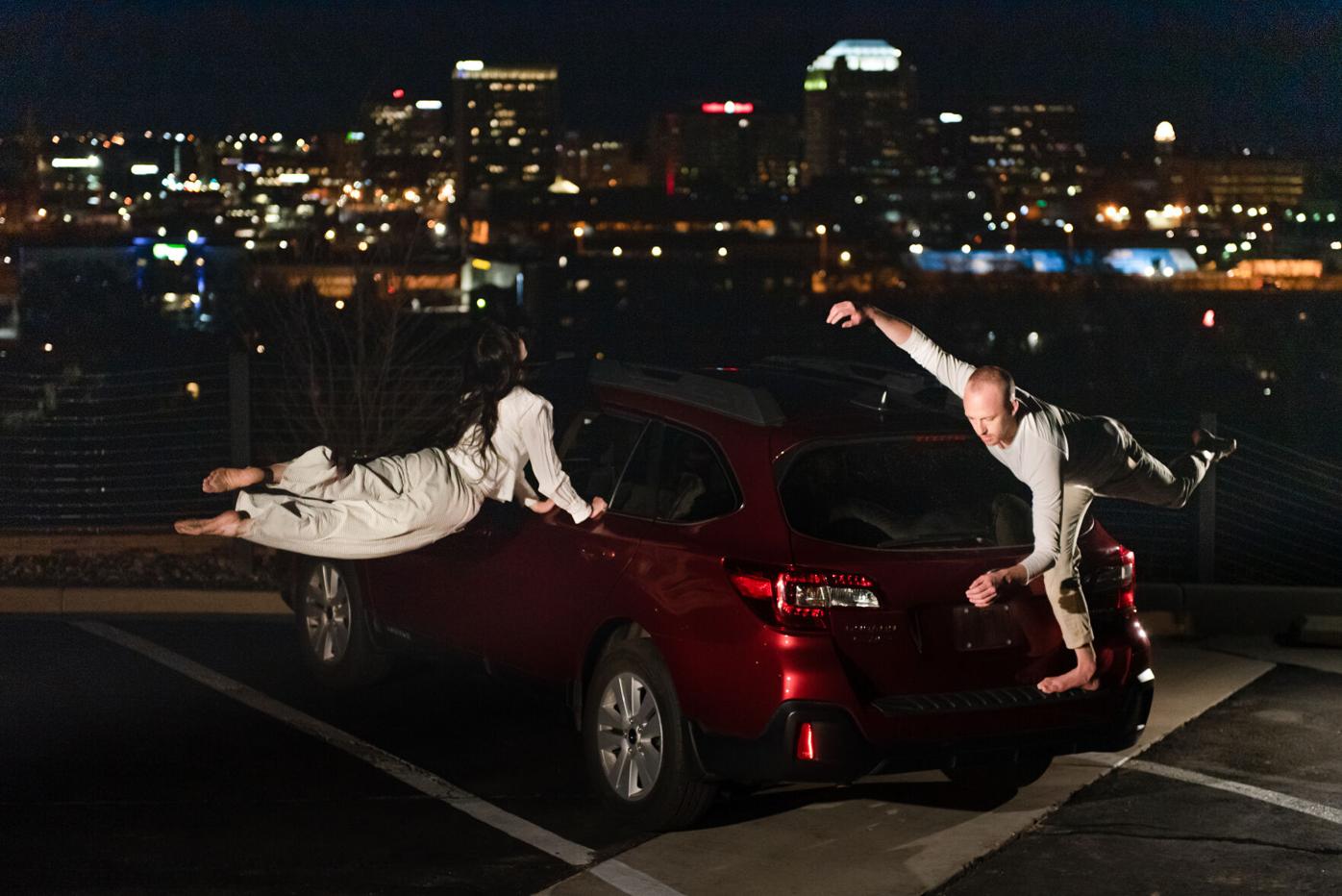 Laura Hymers Treglia’s piece, “Mothership,” will use her Subaru as the stage, and feature two dancers, both mothers, embodying the life of a busy mom. It’s one of six short works in Ormao Dance Company’s new outdoor show, “Out of the Crowd 2.0.”

Ormao Dance Company's new outdoor show, "Out of the Crowd 2.0," will run Friday and Saturday and May 21-22 outside the Ormao studio downtown. Reservations are recommended. Courtesy Jan Johnson

Laura Hymers Treglia’s piece, “Mothership,” will use her Subaru as the stage, and feature two dancers, both mothers, embodying the life of a busy mom. It’s one of six short works in Ormao Dance Company’s new outdoor show, “Out of the Crowd 2.0.”

Your stance on crowds is likely different these days.

“Sometimes I feel like it’s wrong to be part of a crowd now, like I’ll get caught and will be in trouble.”

Those are thoughts by dancers in Ormao Dance Company’s new outdoor show, “Out of the Crowd 2.0.” The company’s first version of the show took place in October. The new version runs Friday and Saturday and May 21-22 outside the Ormao studio downtown. Reservations are recommended.

The show will feature five, six- to -seven-minute works, preceded by pre-show solo performances. Each work will take place in a different location around the front of the building. A site leader will guide five groups of 20 to 25 audience members to each miniperformance.

“It’s very different than sitting in a seat in a theater with a big group of people,” said Ormao founder and Executive Director Jan Johnson. “You’re free to stand wherever you want in the crowd. You have the agency to design the experience for yourself. And with where our culture is right now, it’s short bites. We’ll touch on this idea, and let your imagination go where it wants.”

6 things to do this weekend around Colorado Springs and Colorado: exotic reptiles, spectacular views, romance of steam engines

For “Emerging,” the pre-show work, Johnson asked the five dancers in the piece to journal their feelings about crowds pre-pandemic and now, and record them. Those recordings were dubbed over a sound score and will play while they perform solo pieces among the audience.

Johnson also will perform alongside her partner, David Red Owl Sherman, in a piece by choreographer Patrizia Herminjard, who was inspired by watching Sherman through the years.

The piece, in the alley south of the Ormao parking lot, will be a peek into a scene from their lives together. It’s gestural, witty and flavored with Hawaiian music and a bit of a vocal recording about relaxation.

“It has beautiful universal imagery about relationships everybody will relate to,” Johnson said.

In choreographer Ila Conoley’s piece, “3 Windows and a Door,” four dancers will perform inside the Ormao studio, while audiences watch from outside. The dancers have been given a movement and assigned a different room in a house: living room, kitchen, entry way and bathroom. They must decide how they move about those rooms while still doing the movement. Part of the piece also includes Zooming in the dancers, so the audience will be able to see the dancers in-person in the studio and also on screen.

“We’ve been dancing at home for a year and have these rich settings, whether we like it or not, whether we felt like improving with that kitchen sink one more time or not,” Conoley said. “I wanted to play with the idea of what are things we have at home that we’ve been working with, and now that we’re transitioning into in-person again, what stuff still works? What can we still take with us? Can we use Zoom in live performance as a technique for the audience to see in a different way?”

Choreographer David Foster has fashioned a sound piece, “Listen,” featuring two tap dancers. One will dance on a platform inside Foster’s box truck, while the other will dance outside the truck. A wall between them will remove their ability to see each other, and force them to listen.

“I thought about what the last year has meant to me, and listening has been a big part of it,” Foster said.

“How do we listen to each other? And that relationship people have toward listening to themselves, as well as the process of communication, that give and take between two people and how that’s reflected within ourselves as well.”

Comedian Nathan Timmel to perform at Loonee's in Colorado Springs

Julian Barnett, who teaches at the University of Vermont, and had to Zoom and Facetime into rehearsals, choreographed the duet “Beacon,” which portrays the relationship between brother and sister, with the loving connection and also the fighting. And Laura Hymers Treglia’s “Mothership” will use her Subaru as the stage, with the moon roof, doors and hatchback propped open. The dancers, both mothers, will embody what life looks like for a busy mom.

“There are moments that are witty, with props and too many things,” Johnson said. “They’re trying to manage too many things, like the life of being a mother. It’s poignant.”

What: "Out of the Crowd 2.0" by Ormao Dance Company

In The Boulder Museum, visitors can walk through a hanging maze of thousands of origami cranes honoring the victims of COVID-19 and the 10 Boulder mass murder victims.