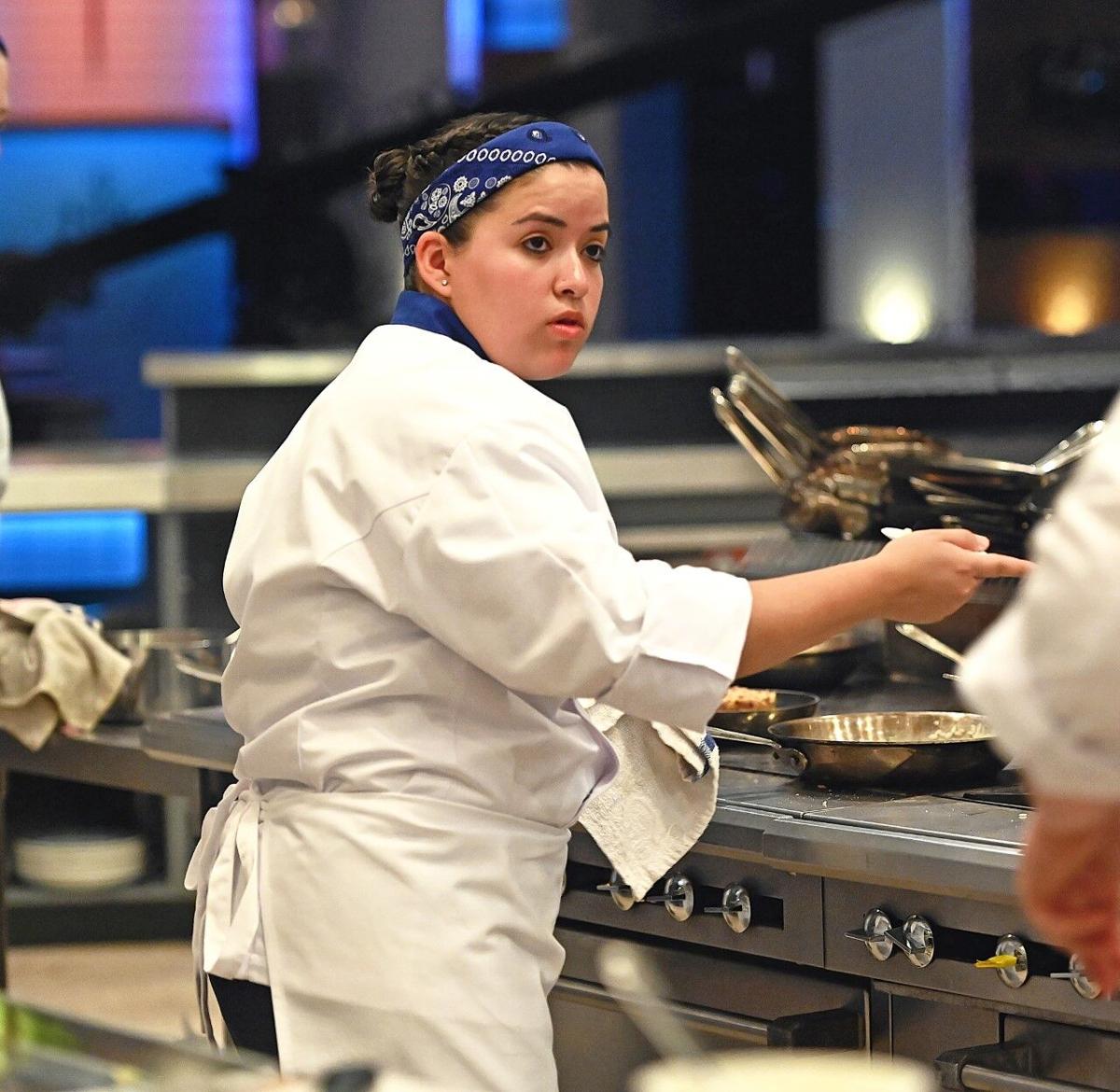 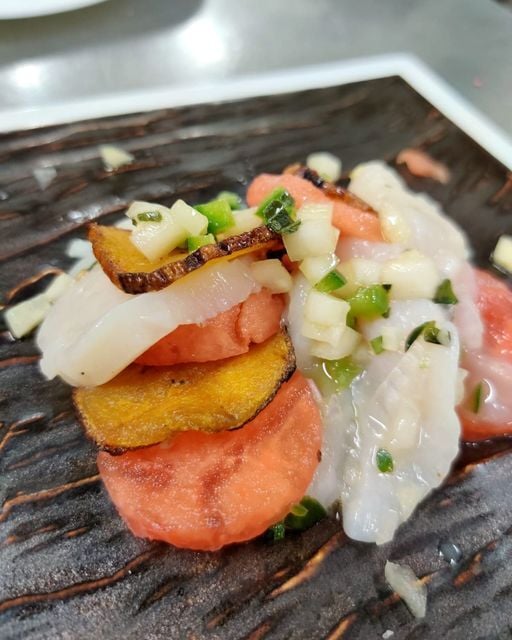 Scallop ceviche with watermelon, cucumber and plantains is a new appetizer on Four by Brother Luck’s summer menu. 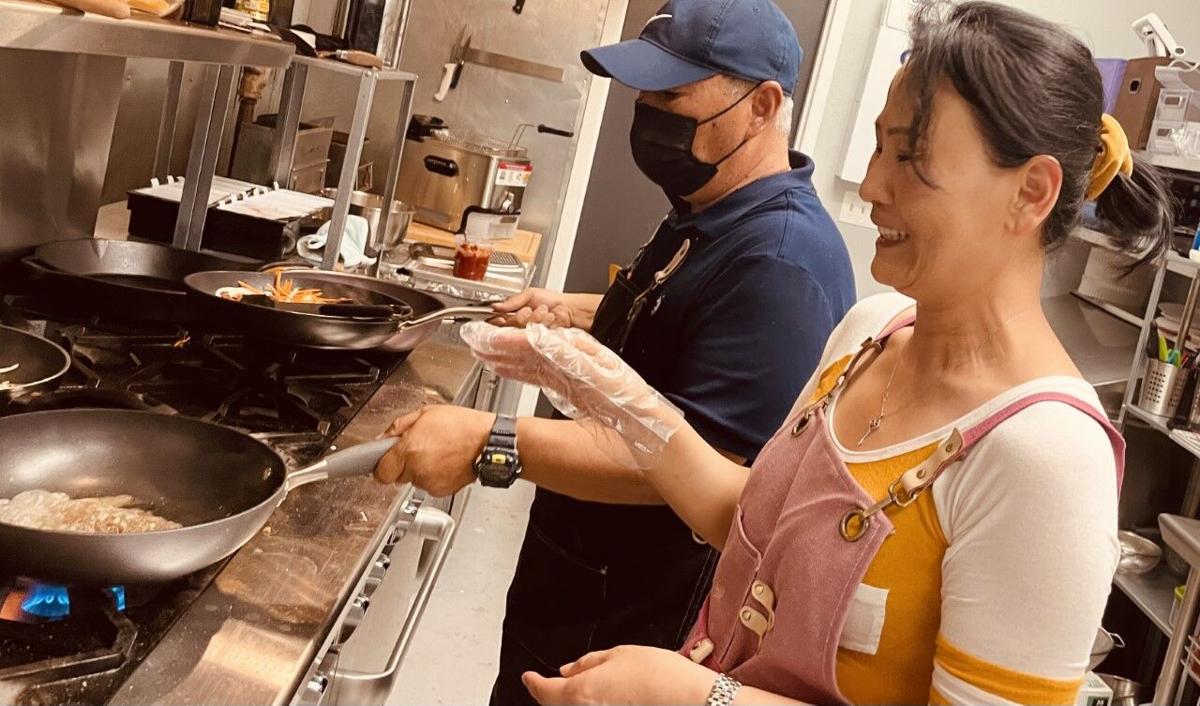 Scallop ceviche with watermelon, cucumber and plantains is a new appetizer on Four by Brother Luck’s summer menu.

Victoria Sonora, sous chef at Famille restaurant in the Origin Hotel in Westminster, was checking her social media when she stumbled on a casting call for Gordon Ramsay’s “Hell’s Kitchen: Young Guns,” and sprang into action to apply.

“I figured nothing would come of it,” she said. “I was blown away when I got a call back for an interview. They told me they had not gotten many applications.”

She was selected to go whisk-to-whisk with 17 other young chefs in Ramsay’s new reality cooking series, featuring chefs who are 23 or younger. Sonora was 21 at the time of filming, which took place May 2019 in Las Vegas. The eighth episode aired Monday at 7 p.m. on the Fox network.

The winning chef will get a shot at being the head chef at Gordon Ramsay Steak inside the Paris Casino in Las Vegas.

Red Leg Brewing Co.’s new expanded beer operation at 2323 Garden of the Gods Road will open July 28. The 14,000 square-foot airplane hangar- style facility and mixed-use complex will include a taproom with 20 beers on tap as well as wine and cider selections, a rooftop deck and bar with panoramic views, and an outdoor beer garden for year-round use.

The Garrison, which will have local businesses and restaurants, is to open in the fall. The lineup includes: Nekter Juice, Criterium Bicycles, Sasquatch Cookies, Oliver’s Deli, Public House Burger Concept “PH Burger Bunker Bar”, TacoQ by the Warehouse and Red Leg Wine and Spirits.

The Bench, 424 S. Nevada Ave., posted a farewell on Facebook on July 5, announcing the last day of business was July 11. Owners Tyler and Jenny Sherman opened the neighborhood bar in 2018.

“The attraction of our extremely desirable location and the continued development of our great city proved to be a combination that was too much for a mom-and-pop restaurant to stand in the way of,” the announcement said. “We’re currently looking for a new location and are excited about what the future holds.”

In the meantime, stay tuned to social media for updates and visit the couple’s other restaurant, Odyssey Gastropub, 311 N. Tejon St., where some of the dishes from The Bench menu might appear here and there.

“Our refrigerator broke down, and we had to close for 15 days until we could get it working again,” said Robert Kim who owns the eatery with his wife, Myong Tischner.

Kim has worked in the restaurant business for years, but this is his first venture as an owner.

“We are making traditional Korean dishes with some fusion twists,” he said. “For instance, we have the Momo hamburger with our Momo special spicy sauce.”

Most of the menu focuses on Korean dishes like bulgogi, bibimbap, Korean flat cakes and stir-fried japchae. Hours are 11 a.m. to 8:30 p.m. Tuesdays through Sundays. Call 203-6963.

At his sister eatery, Lucky Dumpling, 26 S. Wahsatch Ave., he offers Bandingo, 6 to 8 p.m. Tuesdays, where you can eat, drink, and play music trivia bingo for prizes. Check out chefbrotherluck.com, his new website, to learn about cooking classes, wine dinners, and special events at The Studio.

8 weekend things to do around Colorado Springs and beyond: Whitewater festival, bed races, vintage cars and BBQ