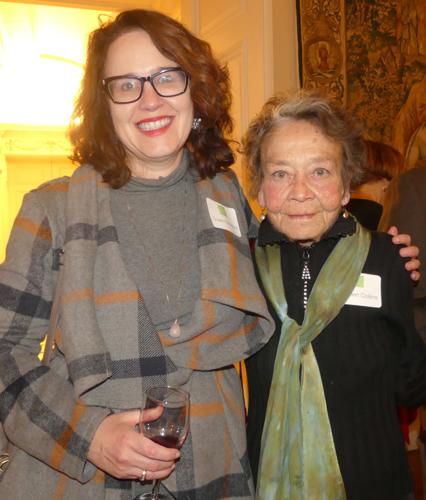 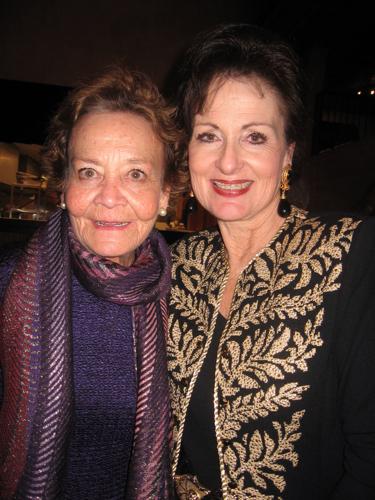 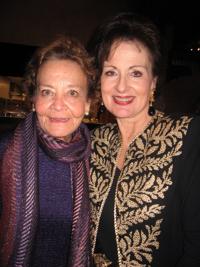 The Colorado Springs arts community has lost a grande dame.

She is survived by her son Joel Collins and two grandchildren. A celebration of life will be held June 11 at the Ent Center for the Arts. Donations can be made to the Kathleen Fox Collins Fund of the Colorado Springs Philharmonic Foundation, Bee Vradenburg Foundation or Downtown Ventures.

"She was a doer. She was opinionated," said Downtown Partnership President and CEO Susan Edmondson. "She had verve and determination, warmth, a love for this community. And a real belief the arts are a great way to enrich a community."

Born in 1942 in Mexico City to a former U.S. diplomat, Collins spent the first 15 years of her life in Fiji, Egypt and India. She arrived in the U.S. in 1957 to attend boarding school and then the University of Colorado.

She eventually moved to New York City, where she acted and worked for Theatre for the Forgotten, a troupe that helped prisoners write and perform plays. In 1975, she came back to Colorado, landing in the Springs, where she met Bee Vradenburg, general manager of the Colorado Springs Symphony, now the Colorado Springs Philharmonic, who gave her a job. She served the orchestra in various roles for 25 years, also finding a love match with symphony conductor Charles Ansbacher.

"Charles and Bee were the names and faces of the symphony, but Kathleen was in the belly of the beast," said Philharmonic President and CEO Nathan Newbrough. "She did everything. She was as synonymous with the symphony as any of the conductors of the day or Bee."

Keep the holiday spirit going at these winter festivals around Colorado

During those symphony years, Collins helped develop Pops on Ice and Summer Symphony in Memorial Park, and the planning and building of the Pikes Peak Center.

"She came up with wonderful, creative ways to bring the arts to where people were — in their homes and neighborhoods," Edmondson said. "No idea was too outrageous or difficult to at least attempt executing. So many of those ideas lived on for so many years and delighted thousands of people."

Following her work with the symphony, Collins spent 15 years at Western Jubilee Recording Co., a record label focused on cowboy music and poetry. She was a founding director of Bee Vradenburg Foundation and Opera Theatre of the Rockies; a founding partner of MeadowGrass Music Festival; and co-founder of Ride for the Brand Ranch Rodeo. She also served on numerous boards and committees through the years, including Theatreworks, KCME and Friends of the Uncle Wilber Fountain.

"Kathleen was a dynamo and really thrived behind the scenes," Edmondson said. "And perhaps many arts patrons may not know who she is, but she was always there behind the scenes with creative ideas, growing support for the arts, championing the arts and making things possible. If you didn’t see her on stage, she still had a hand in making incredible things happen in this community."

Sentiments of grief and support poured in via social media after the Air Force Academy announced the death of sophomore football player Hunter Brown.