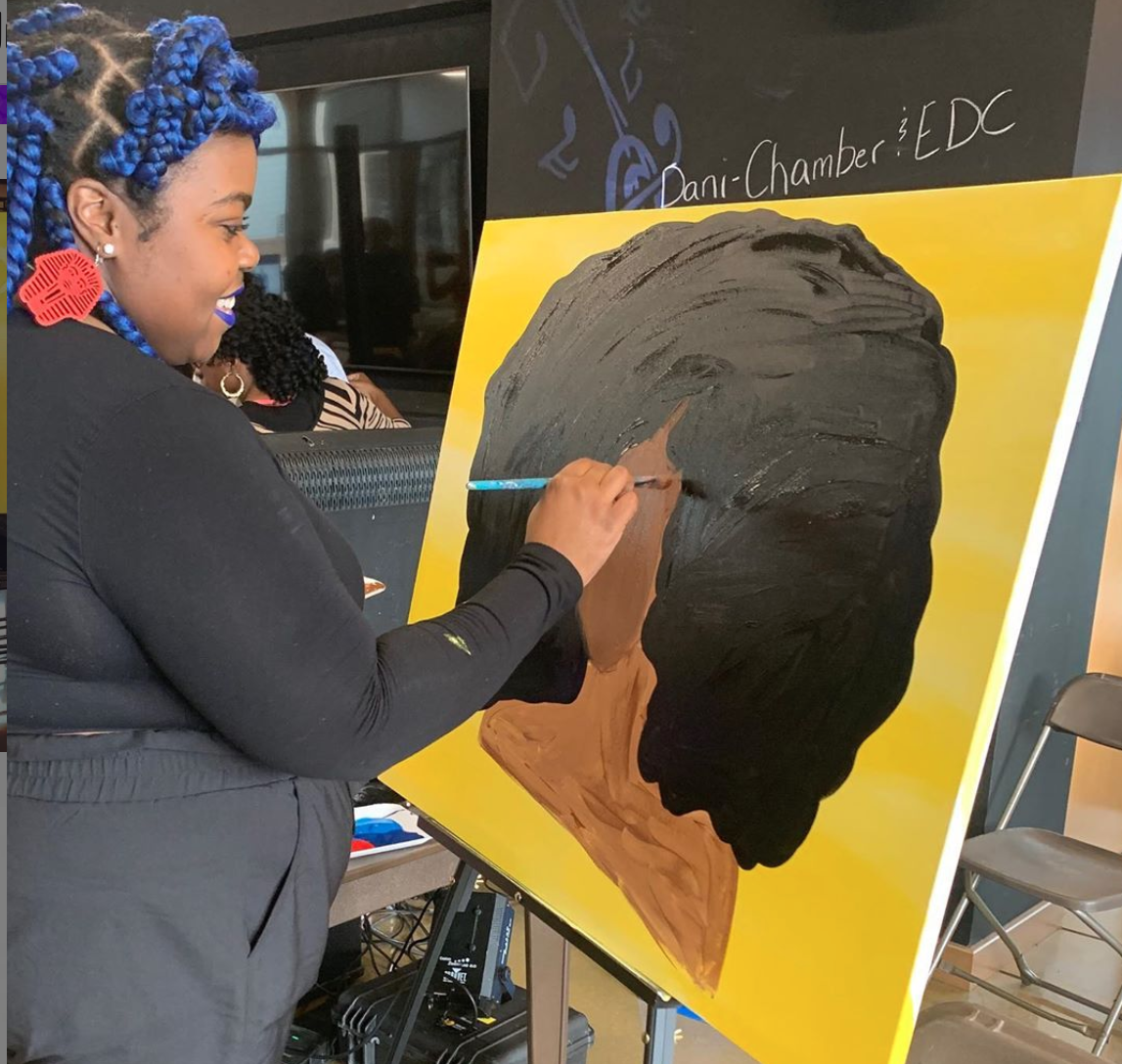 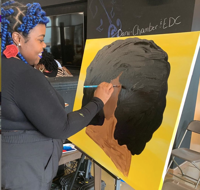 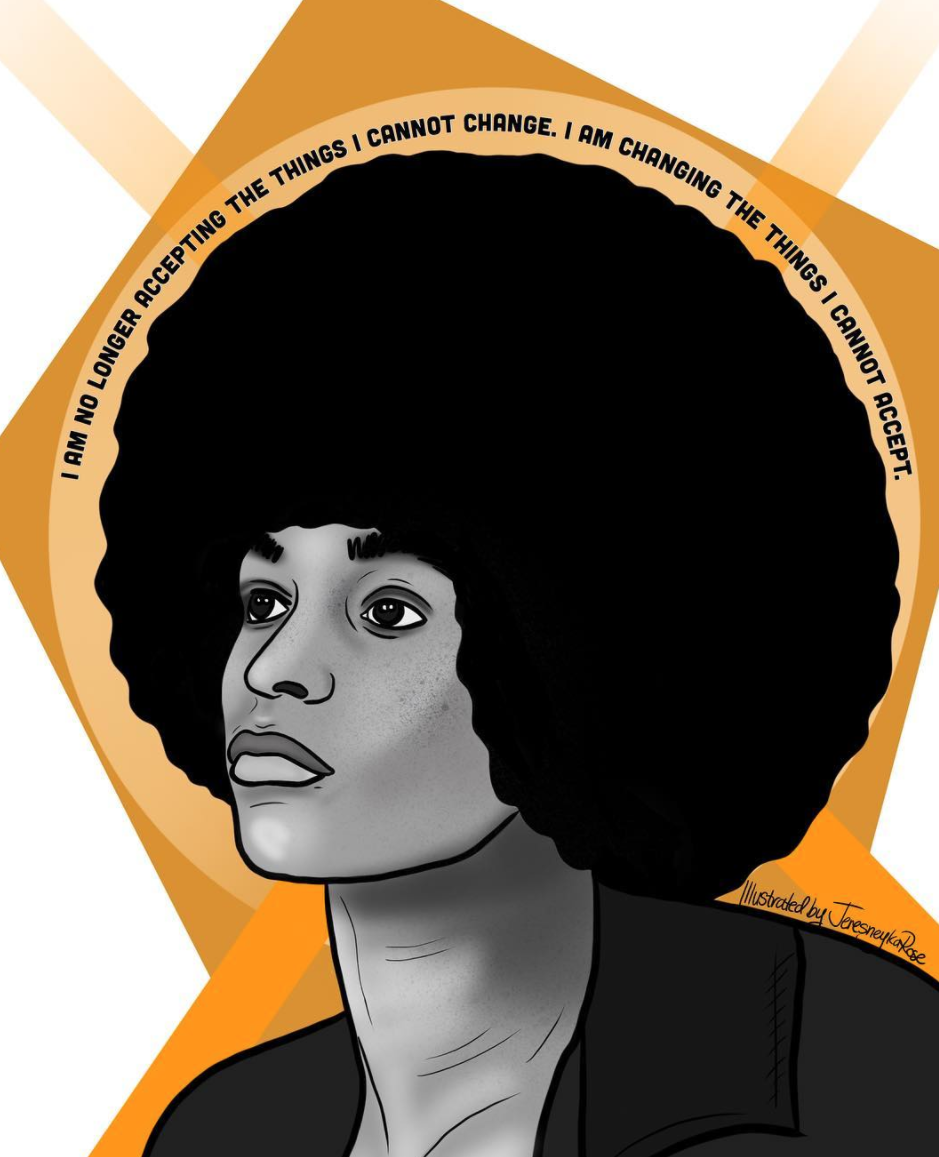 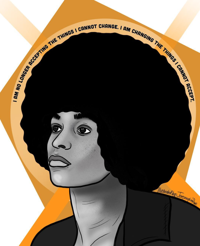 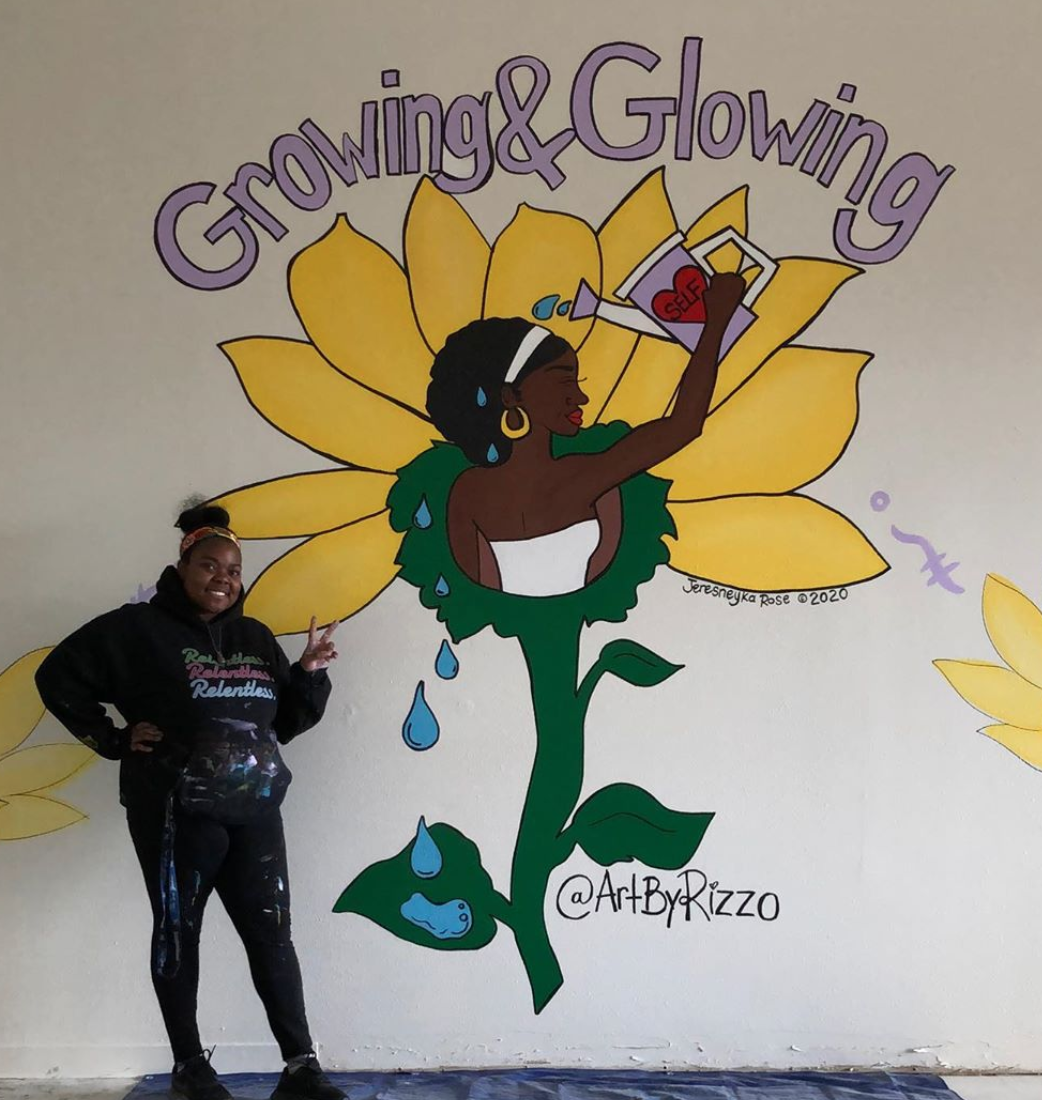 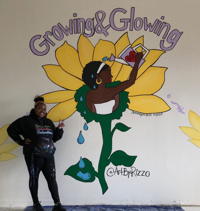 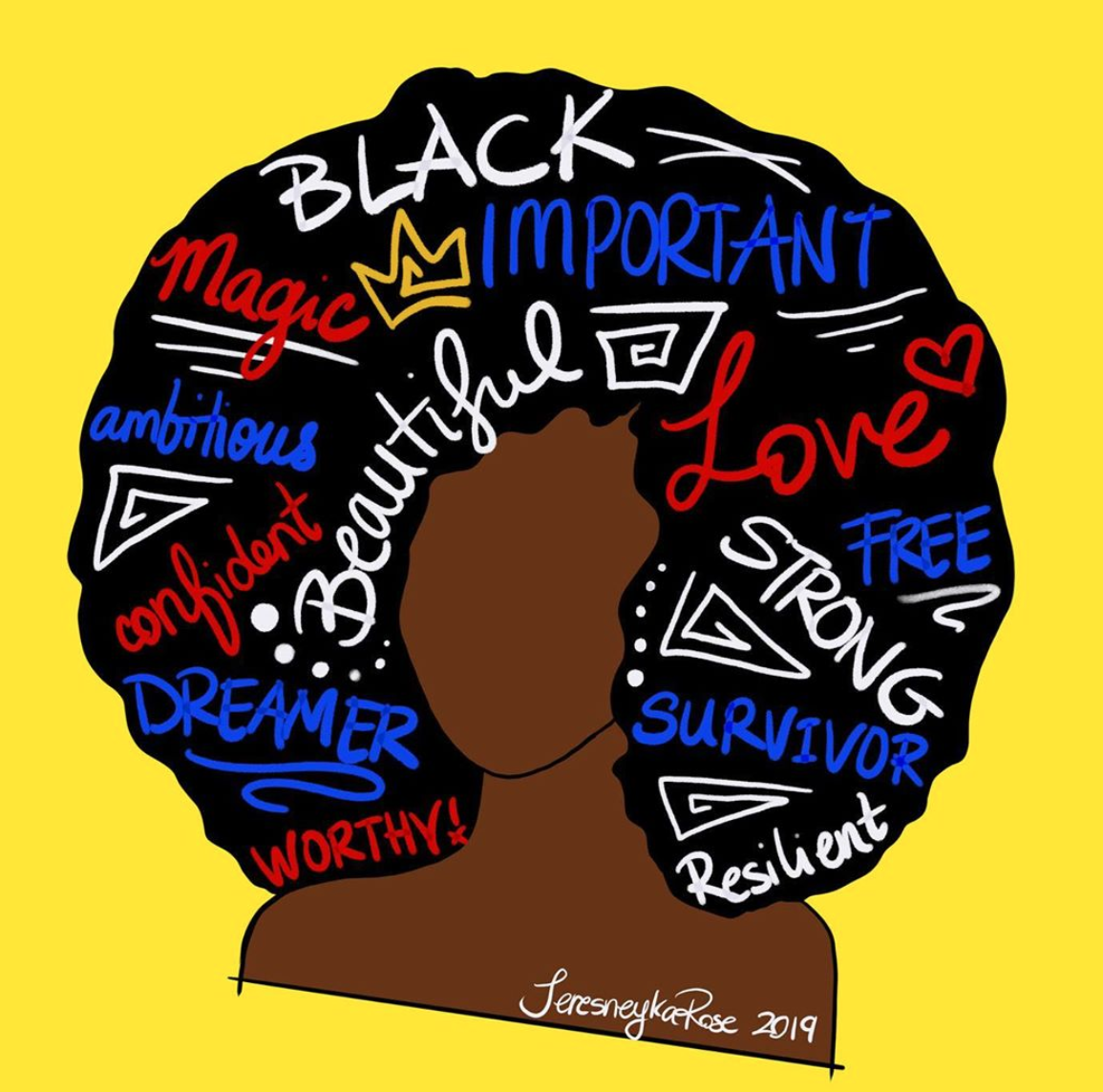 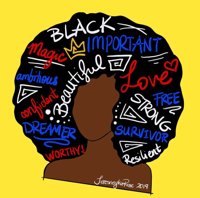 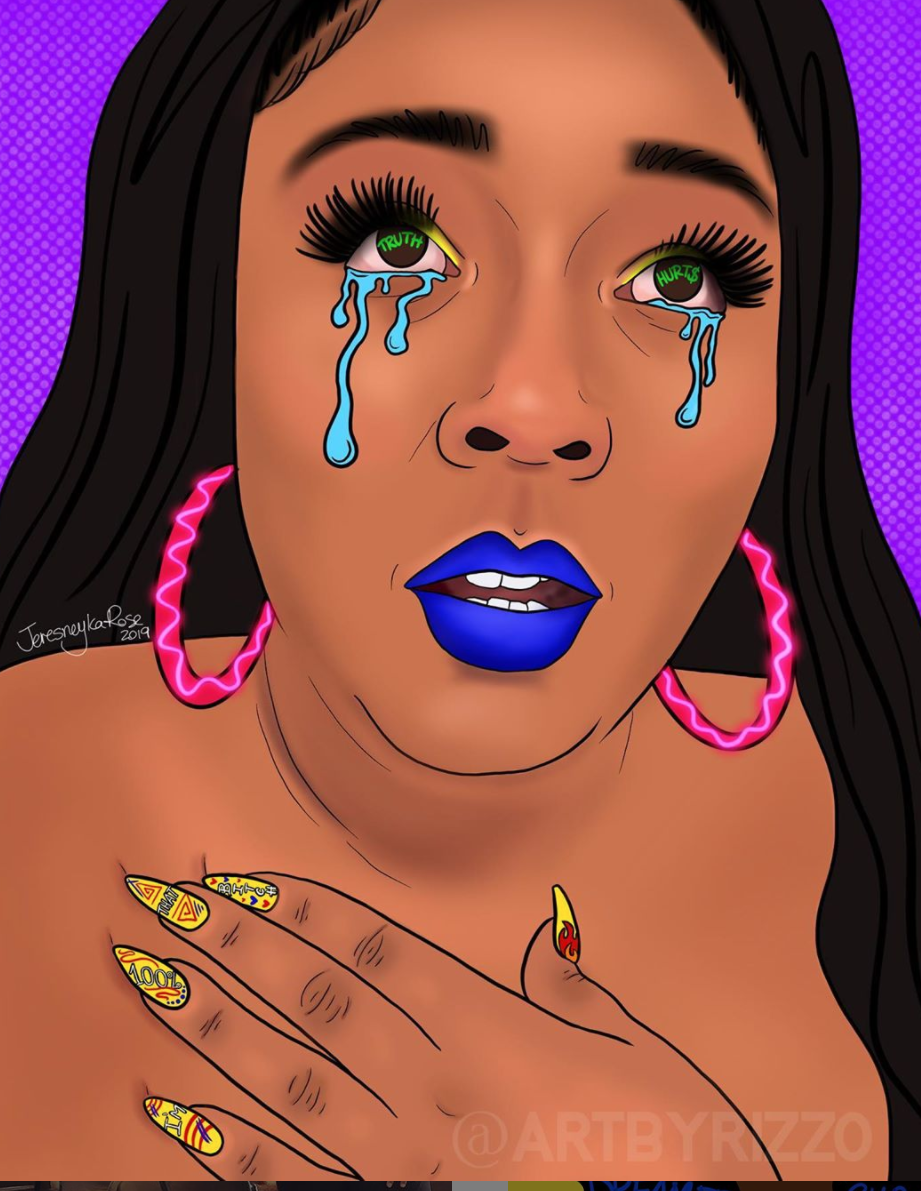 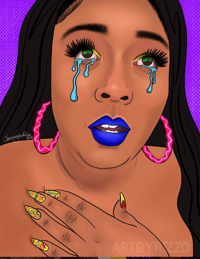 Jeresneyka “Rizzo” Rose has painted pop musician Lizzo a dozen or so times. 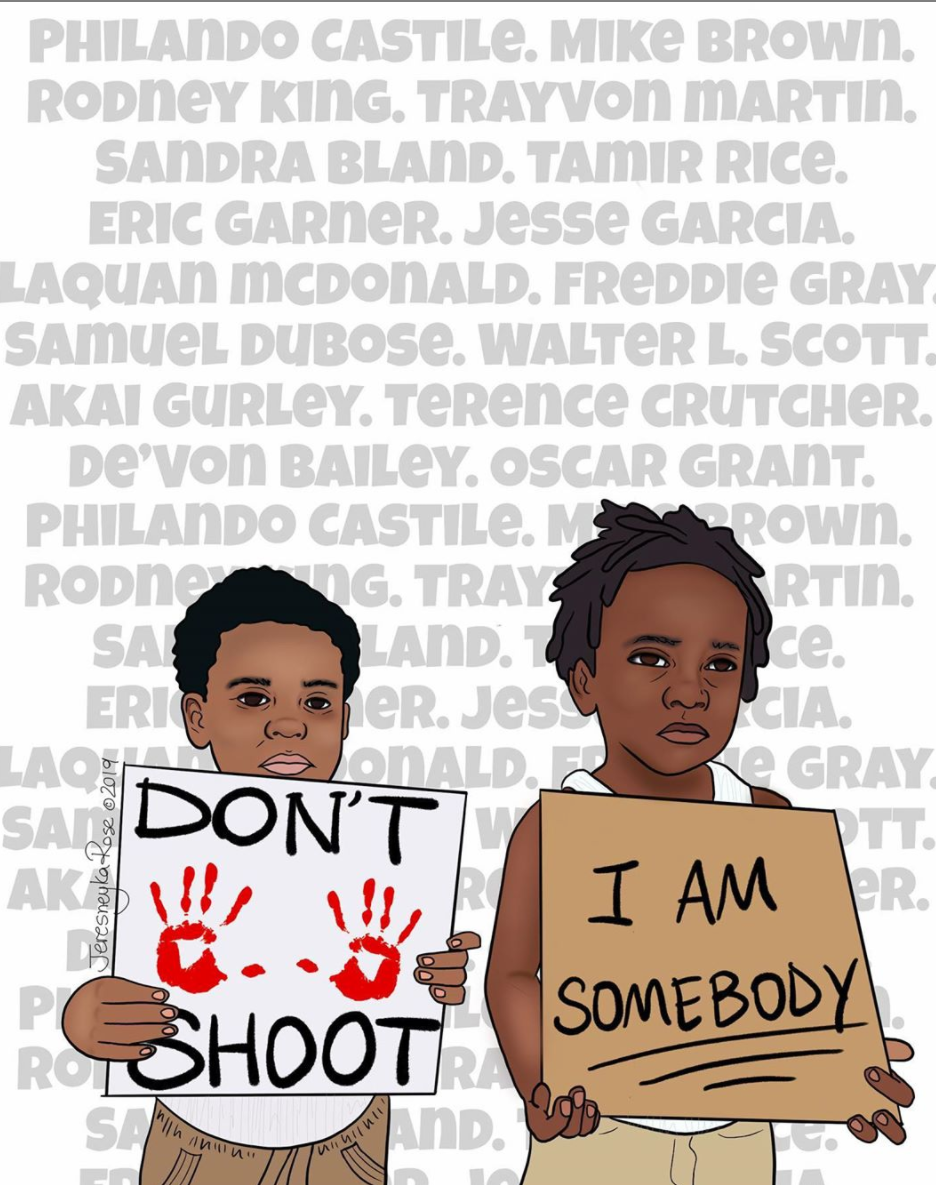 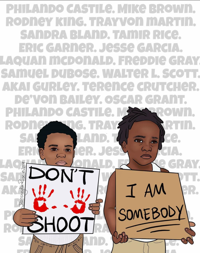 A piece by Jeresneyka “Rizzo” Rose shows two nameless young boys holding up signs that say, "Don't Shoot" and "I Am Somebody."

Jeresneyka “Rizzo” Rose has painted pop musician Lizzo a dozen or so times.

A piece by Jeresneyka “Rizzo” Rose shows two nameless young boys holding up signs that say, "Don't Shoot" and "I Am Somebody."

Imagine you’re having a bad day and you could really just use some sign from God, or say, Lizzo, the endlessly positive pop star.

Jeresneyka “Rizzo” Rose has been there.

On the phone with a friend in November, Rose was feeling down about her budding art career, among other things. She was looking for a sign to keep going. She told her friend, “I just really want Lizzo to acknowledge my existence. I just want Lizzo to notice me.”

The Colorado Springs artist had painted or drawn Lizzo, who Rose calls an inspiration, a dozen or so times.

Her friend on the phone threw out a suggestion: “Why don’t you post one of your portraits of Lizzo and tag her?”

“I think I died a little bit that day,” Rose said with a laugh. “That’s why no one can tell me manifesting isn’t real.’

Rose got the push she needed.

She has drawn portraits of Nipsey Hussle, the rapper who died last year. She calls some of her work “artivism” — a blend of art and activism. One example shows two nameless boys of color holding up signs that say, “Don’t Shoot” and “I Am Somebody.” Behind their faces, Rose printed names like Rodney King, Trayvon Martin and De’Von Bailey.

“I’m not scared to draw naked people or bring up issues or use cuss words,” Rose said. “It’s my art. It represents my experiences and my viewpoints.”

The native of Brooklyn, N.Y., moved here when she was 10. She’s always been artistic, following the lead of her father, a muralist who was born in Panama.

Rose has lived in other places since graduating from Harrison High School, but “this is always home.”

She’s been back home for nearly a year. And she’s been making a splash in the arts scene.

She recently finished a mural for the Solid Rock Community Development Corp. It shows a bright sunflower and in the middle, a woman holding a watering can that says “Self.” Above the flower, Rose wrote, “Growing and Glowing.”

“It was cool to convert it into a self-care thing, like watering yourself,” Rose said. “Self-care is super important to me.”

One of her favorite pieces took Rose just a couple hours to create. It’s of a faceless black woman with an afro covered in words, like black, beautiful, worthy, survivor and dreamer. She painted it live at NAACP’s Juneteenth Festival.

“It’s so simple, but it speaks volumes,” she said.

Along with prints you can buy, Rose has a line of apparel including a popular T-shirt that simply says “Worthy.”

It’s something you could easily picture Lizzo wearing.

There’s a reason Rose looks up to the singer so much.

“She’s a black, plus-sized woman, she’s breaking barriers. People bash her all day long and she talks about that and she also rebuts it with positivity,” Rose says of Lizzo. “She exudes everything I feel like I am and how I want to be.”

Rose, too, is the kind of person that talks about her struggles and not feeling “good enough.”

In the next breath, she has something to say that probably should be turned into a piece of artwork.

“We’re all works in progress,” Rose said. “We’re all masterpieces in the making.”

For Colorado Springs painter, it's one dot after another to create bright, beautiful art

Brandon Rollin creates works of art out of little and colorful painted dots.