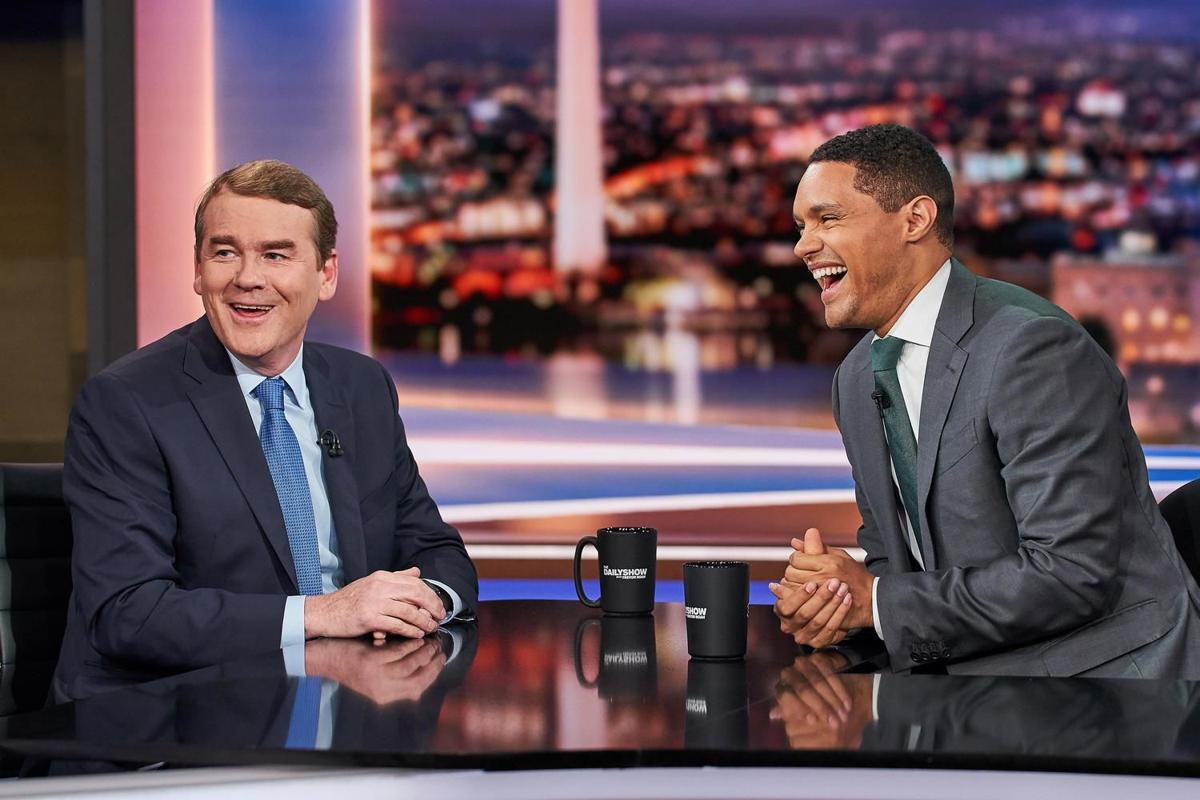 Bennet's appearance wasn't unusual as a number of Democratic presidential candidates have appeared on the show. What was unique about Bennet's visit is Noah's blink-and-you'll miss it comparison of the Colorado senator to a character from "South Park."

"It is wonderful to have you here because you are one of my favorite people to watch on the debate for two reasons," said Noah after greeting Bennet. "One, you sound like Mr. Mackey to me. And two, your policies are progressive, you think about kids and you have this idea of America that is really attractive to many people."

The Mr. Mackey comment, which drew a laugh from the studio audience, is a reference to the elementary school counselor in "South Park," known for ending most of his sentences with "m'kay" or "m'bien" when in South America.

The similarity between the voice of Mr. Mackey and Sen. Bennet, who was the superintendent of the Denver Public School District from 2005-2009, was noticed by many viewers during the last Democratic debate and was even referenced by the official "South Park" Twitter account.

To his credit, Bennet has taken the comparison between himself and the droning Mr. Mackey in stride, including the counselor's catchphrase in a reply to a tweet comparing him to the cartoon character.

Thanks Brian. So glad you joined us for some South Carolina BBQ yesterday, mmmmkay. https://t.co/Y67eivEpgK

The remainder of the interview highlighted Bennet's legislative record, addresses how he'd work with Republicans if elected President and discusses some of the biggest issues plaguing Washington politics.

You can watch the full interview below and determine if the Colorado senator sounds like the "South Park" counselor for yourself.

Quite a few on-air staff have departed from local NBC affiliate KOAA-TV recently. On Wednesday the station announced their replacements.