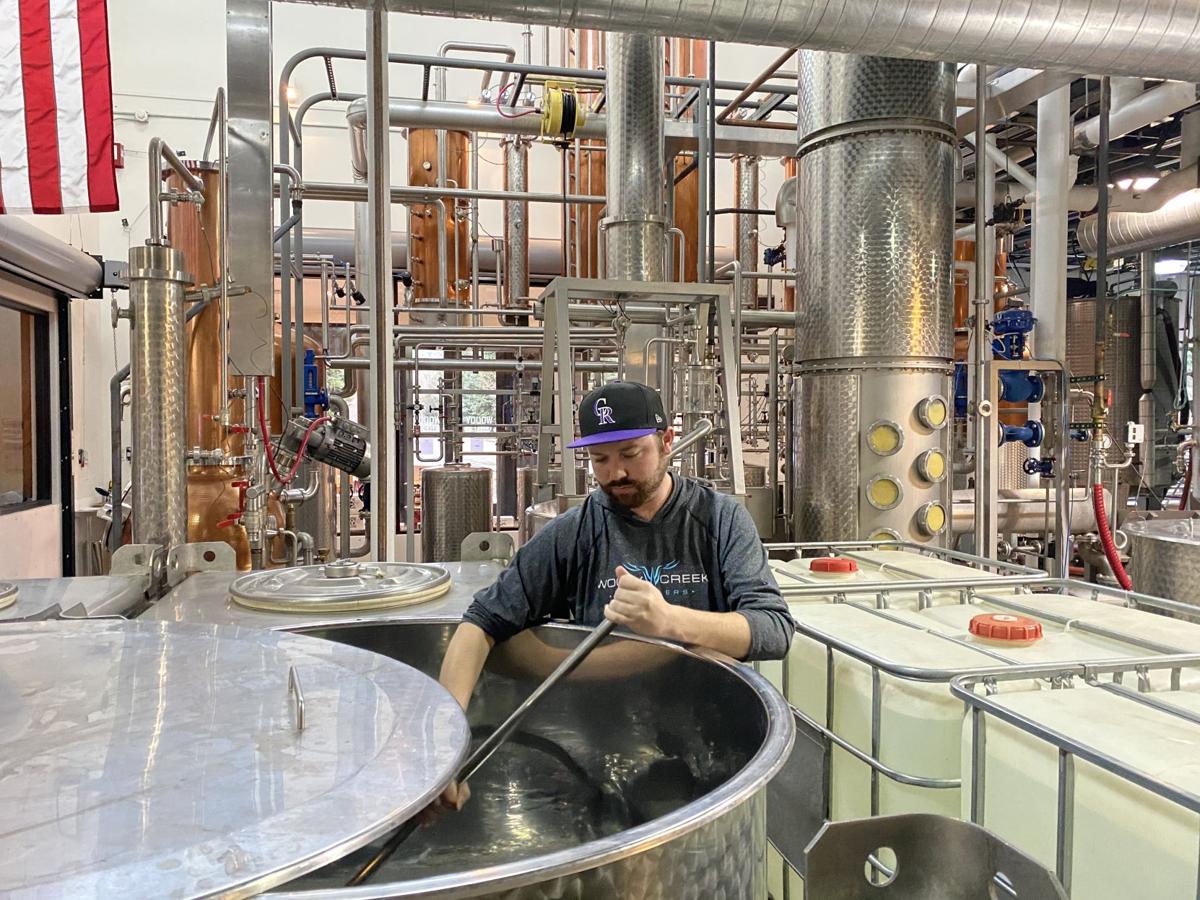 Woody Creek Distillers, based in Basalt, is one of several Colorado distilleries that are making hand sanitizer to help out during the coronavirus outbreak. 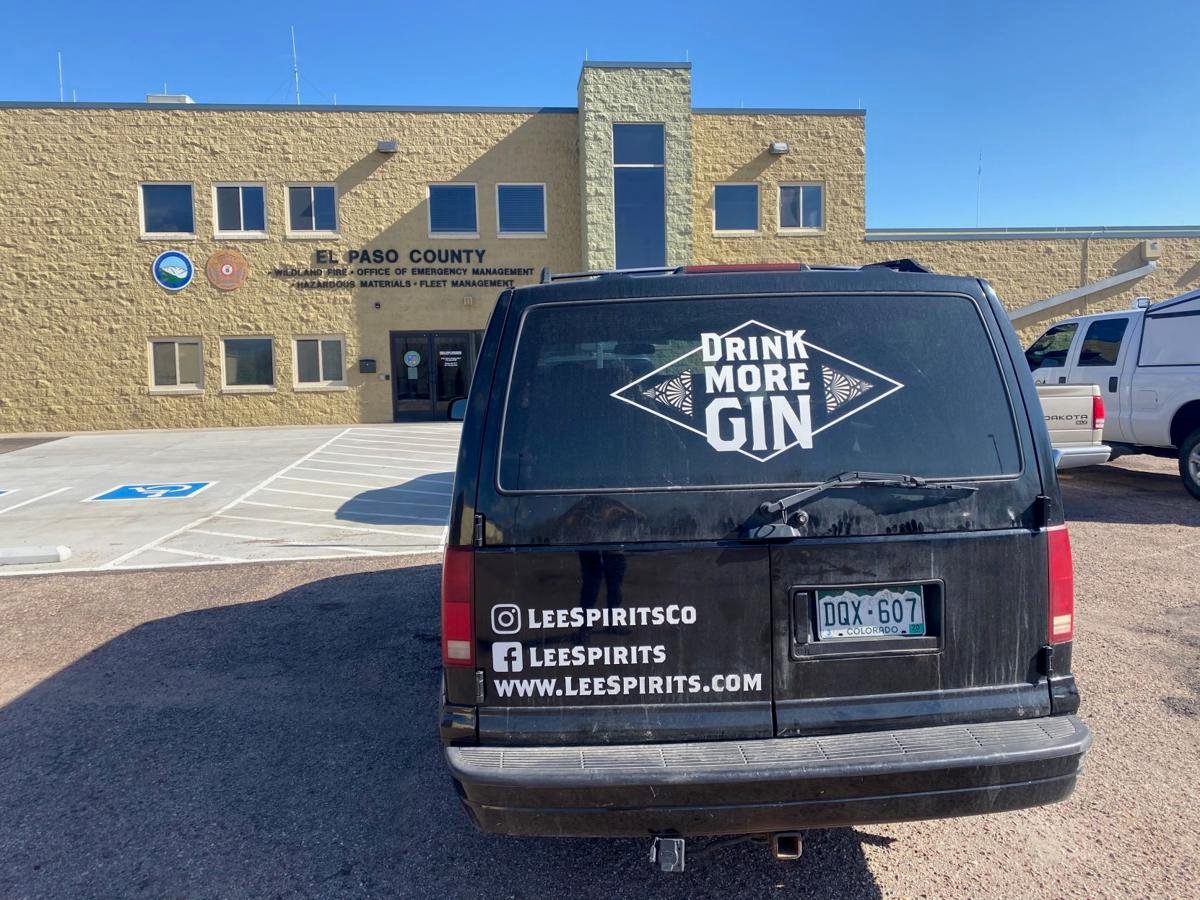 Lee Spirits, a distillery based in Monument, made 1,000 bottles of hand sanitizer and gave most of the bottles to El Paso County Health. 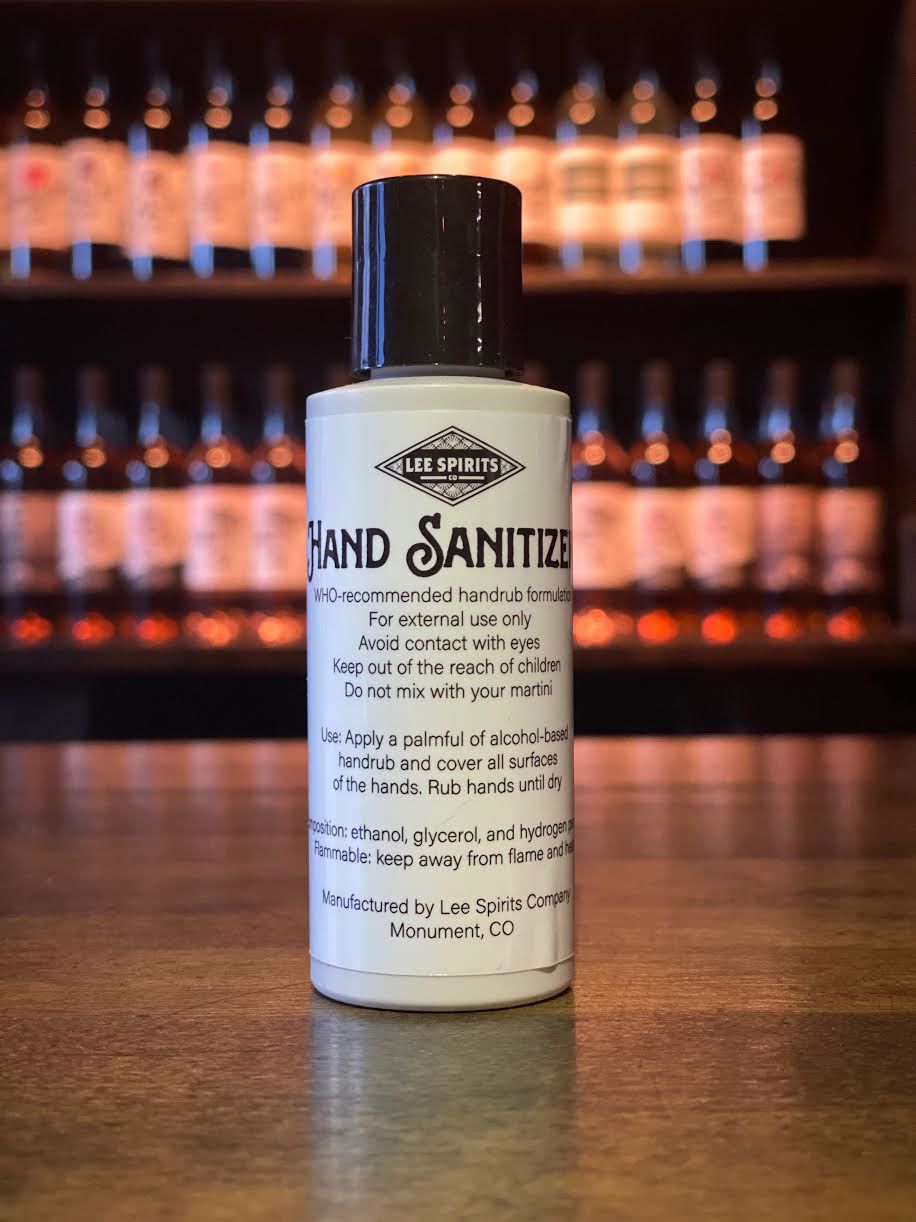 Lee Spirits has started making hand sanitizer to help out during the coronavirus outbreak.

Woody Creek Distillers, based in Basalt, is one of several Colorado distilleries that are making hand sanitizer to help out during the coronavirus outbreak.

Lee Spirits, a distillery based in Monument, made 1,000 bottles of hand sanitizer and gave most of the bottles to El Paso County Health.

Lee Spirits has started making hand sanitizer to help out during the coronavirus outbreak.

Distillers are emerging as heroes during these stressful days, and not just because they’re helping people take the edge off.

In response to a nationwide shortage of hand sanitizer amid the coronavirus outbreak, Colorado distilleries such as Lee Spirits in Monument felt “compelled to help,” says co-owner Ian Lee.

“I would say we were flabbergasted at the need for the product,” Lee said. “Who are we to sit back when we have the ability to do something a lot of people can’t?”

Lee Spirits and around 30 other distilleries across the state, according to the Distilled Spirits Council of the United States, are now in the hand sanitizer business. In most cases, they’re not selling the stuff. Sanitizers are being donated to first responders, police and fire departments, hospitals and other organizations. Leftovers are going to the public.

Makers of vodka and whiskey are in a unique position to answer the critical call for sanitizer. They regularly produce 190-proof ethanol, one of just a few ingredients in the World Health Organization-approved recipe for hand sanitizer.

In addition to high-proof ethanol, which kills the virus and, in distilling terms, is basically a moonshine, the recipe calls for hydrogen peroxide and glycerol.

It’s worth pointing out, Lee said, that the sanitizer is not for drinking.

“I will say, our hand sanitizer does not taste like our gin,” he said.

3 Hundred Days of Shine, another Monument distillery, has been donating one bottle of sanitizer for every bottle sold.

Axe and the Oak, based in Colorado Springs, is also crafting the cleaning supply, but is struggling to get materials such as bottles and labels.

“We never expected to do this in a million years,” Casey Ross, a co-owner said. “You never think you’re going to do something like this. It’s all kind out of a movie.”

But here they are, mixing about 25-gallons of the product per batch. That's not as much as the larger-scale distilleries, Ross said. And he expects the bottles they make available to go "super, super fast."

“We’re a small-batch distillery,” he said. “We’re going to do what we can with what we have.”

This all comes while distilleries have been forced to temporarily close their tasting rooms and cancel tours.

So, making sanitizer is keeping employees at work and busy, says Mark Kleckner, of Woody Creek Distillers in Basalt. Woody Creek has been “cranking out 2,000 liters per week,” he said.

The demand, he said, has been "nonstop" and "relentless."

"Not 10 minutes goes by that someone doesn’t stop by the distillery asking for hand sanitizer," he said.

His priority is getting sanitizer to health care workers and first responders, he said.

Woody Creek and other distillers have extra motivation to slow the spread of the virus. They continue to lose business with restaurants and bars being shut down.

He has already been making sanitizer full time for two weeks.

“I’ll be glad to get back to full-time whiskey,” Kleckner said. “Until that time, we’re thrilled to help everybody out.”

In age of anxiety, it's time we chill again with Bob Ross

Maybe it's no wonder there's been a Bob Ross resurgence decades after "The Joy of Painting" ended. If you're not seeing that fuzzy, smiling face on Netflix, then you've seen it on T-shirts, mugs, coloring books and afro-growing Chia Pets.

A message from our co-owner, Casey Ross. Starting Monday, 3/23, we will be offering bottles and merchandise sales at the Whiskey House from 12-4PM, Monday-Friday. 50% of all bottles sales and 100% of merchandise sales are going directly to a fund to support our Whiskey House staff during this time. We’ll also be taking any donations for our staff during these hours. Please come down and support us if you’re able! Unfortunately, we are unable to offer to-go cocktails at this time, seeing as we are not providing food options. We are working with the CO Distillers Guild and Gov. Polis to allow tasting room cocktails to be distributed too. We are in the production phase of hand sanitizer right now. We hope to release it late next week. Medical facilities, police officers, first responders, pharmacies, and other high-risk individuals/occupations will receive first access. Afterwards, we will be donating all hand sanitizer, available for pick up at the Whiskey House. If you are able, we ask that you contribute a donation to our staff in exchange. Thank you so much to the Colorado Springs community for your continuous support. Thank you to the CO Distillers Guild and the United States Bartenders Guild/Colorado Springs Bartenders Guild for all the work they’ve been doing to support and speak up for our industry.

Ron Popeil, inventor and king of TV pitchmen, dies at 86

'Arthur' to end on PBS Kids after 25-season stint