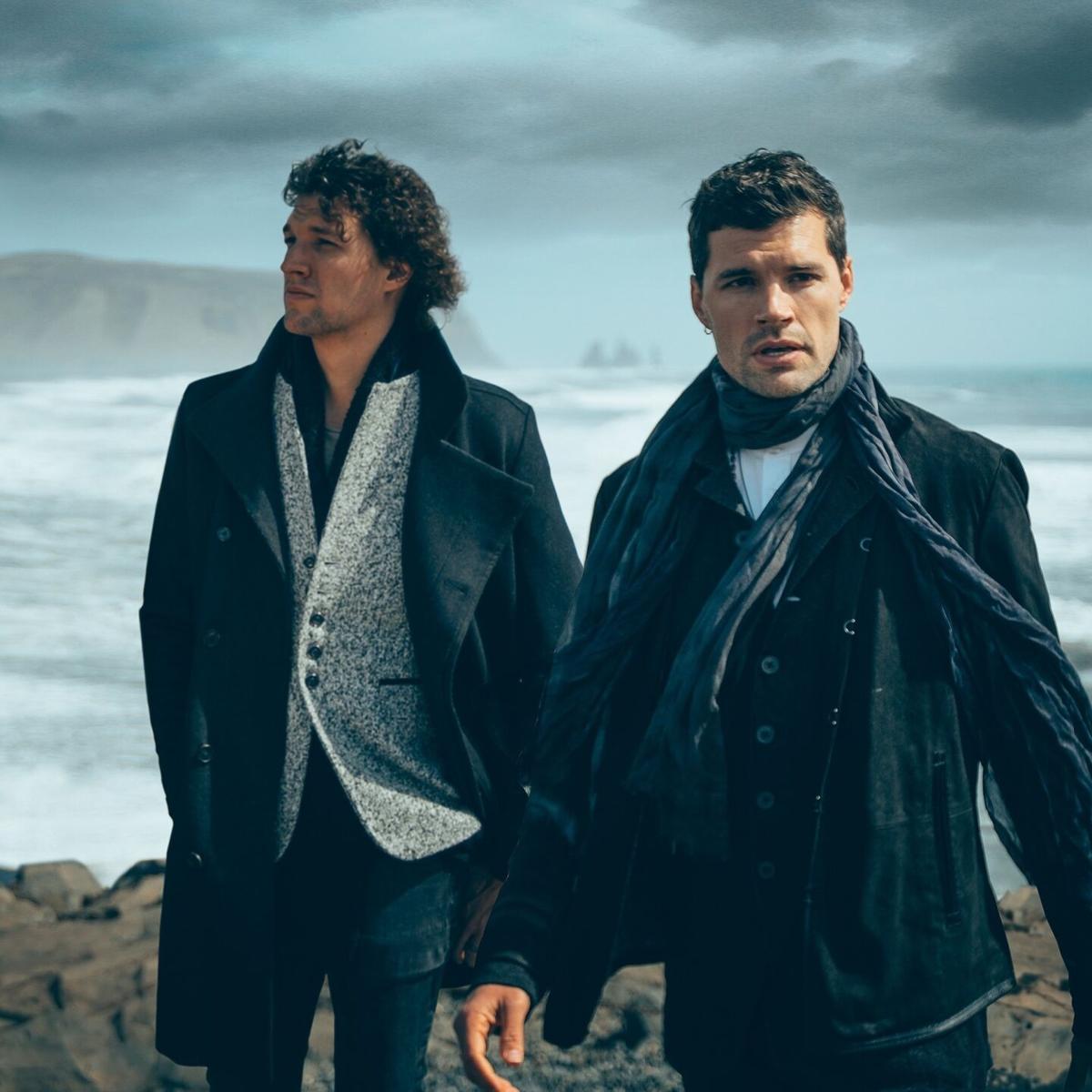 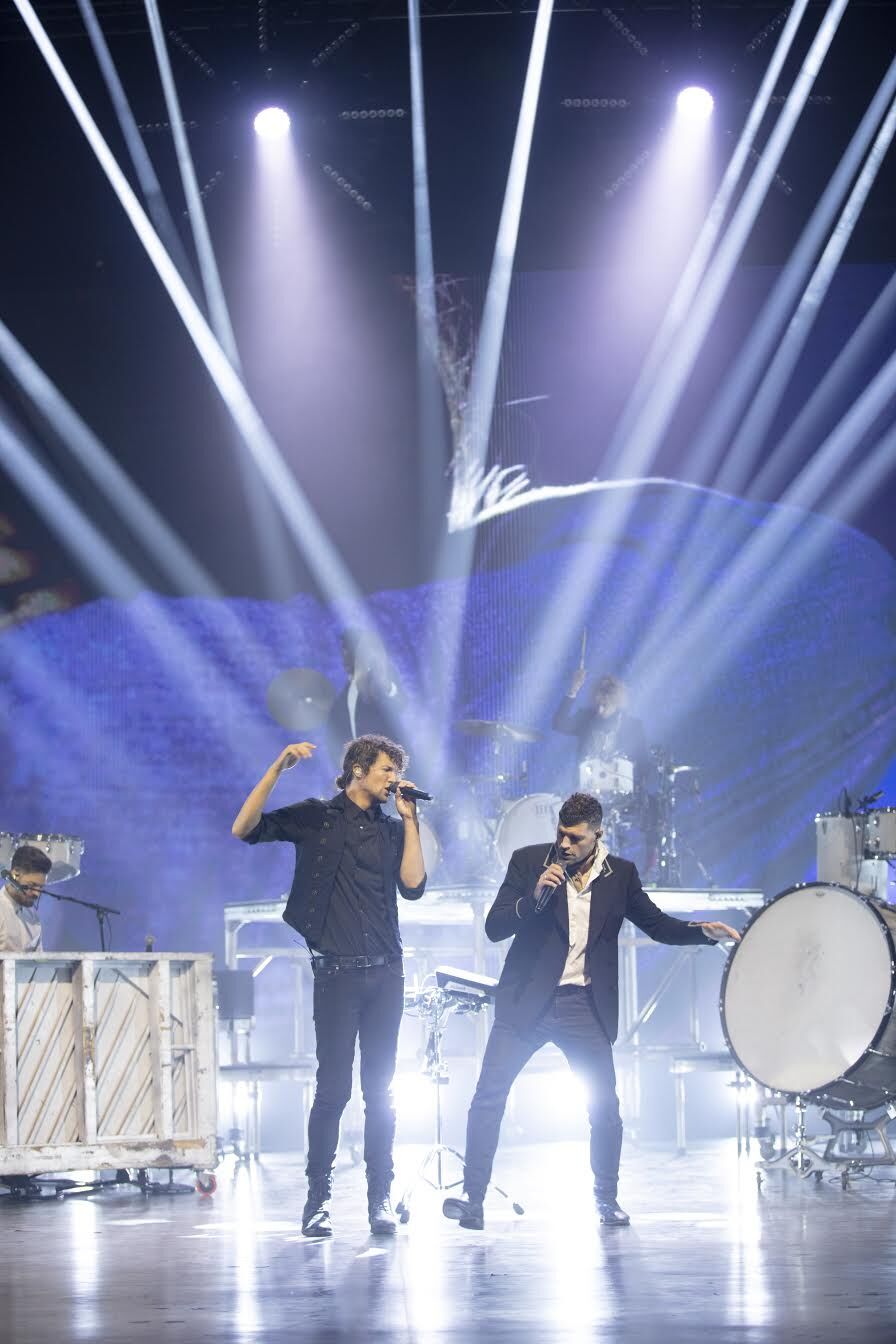 For King and Country is a Christian rock band made up of brothers Joel and Luke Smallbone.

For King and Country is a Christian rock band made up of brothers Joel and Luke Smallbone.

In one of the Christian rock band’s first concerts back amid the coronavirus pandemic, For King & Country took stage at a Fort Collins drive-in movie theater.

The band, fronted by brothers Joel and Luke Smallbone, was eager to play live again after three months off.

It was live, but far from normal. Because neighborhoods surround the Holiday Twin Drive-In, the concert had to be quiet. Really quiet. Instead of using amplifiers, the band broadcast its music to fans via their car stereos. Performers had to use headphones to hear themselves play.

“For us, with 46 instruments and a load of drums, silent shows are not really what we do,” Joel Smallbone said in an interview with The Gazette. “It was this audio illusion.”

In his words, it turned out to be both “unique” and “marvelous.”

The illusion meant the musicians and fans could share the same experience, albeit separated by windshields and windows.

“The beauty of that is we’ll never forget these shows,” Smallbone said. “We fought to get to this point.”

A pre-pandemic 2020 promised an arena tour and other big moments for the band. Since the Australian-born, Nashville-based brothers decided to form a band after high school, they’ve built For King & Country into one of the most popular Christian pop outfits working today.

Together, they’ve won a Grammy, recorded a song with Dolly Parton (a cover of “God Only Knows”) and landed multiple No. 1 songs on Christian radio.

While other musicians have waited to find their footing without live shows, For King & Country has leaned into drive-in and virtual concerts, including the kick-off for a live-stream series from the Ryman Auditorium in Nashville.

“Our mindset as a band is that the ultimate culmination of music is the live experience,” Smallbone said. “That moment you get to connect with someone, be it through a video camera as we’re doing now, you get to experience this thing together… it’s profound.”

It’s profound, too, during a time of social isolation.

“Concerts are one of the only environments that you can come together for one common cause,” he said. “If we can do it safely, I would argue it’s more important than ever.”

During these concerts, For King & Country has a new and timely song to play called “Together.”

Luke Smallbone got the idea for the song two years ago when his two young sons were fighting in the back seat. He was on the phone with a writer-friend when he told them, “Hey guys. You need to stick together, because you’re brothers. You’re in this for the rest of your life.”

Everyone thought those words sounded like the making of a good, and uniting, song.

But, as Joel Smallbone said, “We couldn’t get it right.”

“He said something like, ‘Put me on the collab list,’” Smallbone said. “Four days later, we sent him the song and he goes, ‘Man, I love it.’”

They also enlisted friend and fellow Christian music mainstay Tori Kelly to sing on it. Her contribution blew Smallbone away.

“I feel like the song was always supposed to be this way,” he said. “To me, that’s a testament to staying at it and being aware of what a song needs. It was meant to be like this.”

While Smallbone calls “Together” one of the toughest of his career to create, he sees the almost divine timing in its May release.

With its boisterous, hopeful chorus — “And if we fall, we will fall together/ Together. And when we rise, we will rise together/Together” — he says it’s “arguably one of the more timely songs to have out right in the middle of the pandemic.”

“I find it amazing that a song that we couldn’t finish back then is really dealing with the core issues in (regards) to what I think a lot of people are struggling with right now,” Luke Smallbone said in a behind-the-scenes video for “Together.” “They feel isolated, they feel like they’re lonely.”

His brother says the song has also resonated with fans following the death of George Floyd, a Black man who was killed by the hands of police in Minneapolis, and the riots and protests that followed. People are sharing it again as the presidential election nears.

“The song became more relevant than ever,” Joel Smallbone said.

“That’s what I love about music. A song can shape shift to take on these different meanings.”

“When you have a song like this out there, you get to sit as a musician and feel like you’re part of it.”

Country star Kane Brown is the latest singer coming to a drive-in movie theater near you.