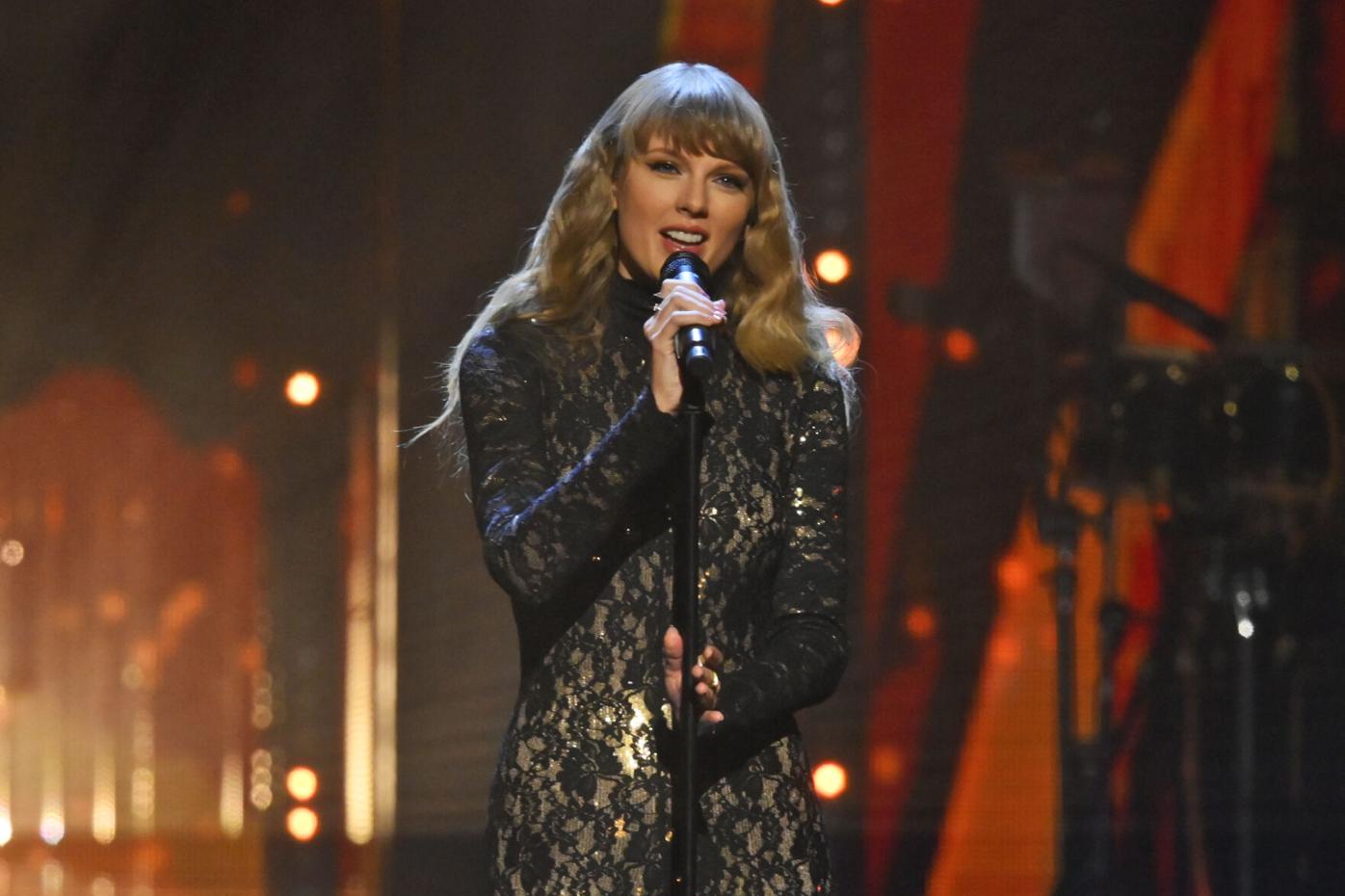 Taylor Swift performs during the Rock and Roll Hall of Fame Induction ceremony last month in Cleveland. Taylor Fest, a fan appreciation event, is Friday at Bluebird Theatre in Denver. 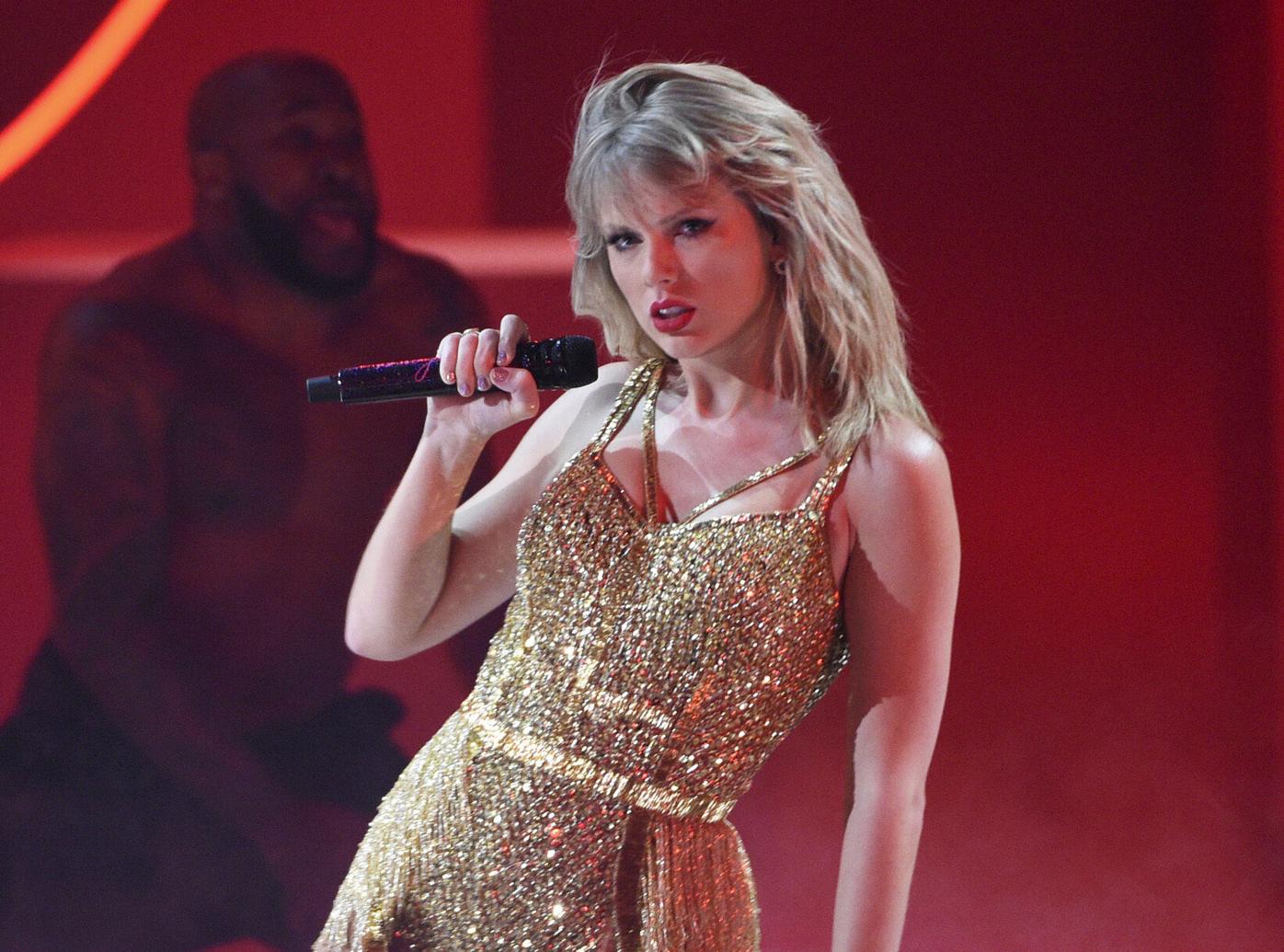 FILE — This Nov. 24, 2019 file photo shows Taylor Swift performing at the American Music Awards in Los Angeles. A documentary on Swift will kickoff the next Sundance Film Festival. (Photo by Chris Pizzello/Invision/AP, File) 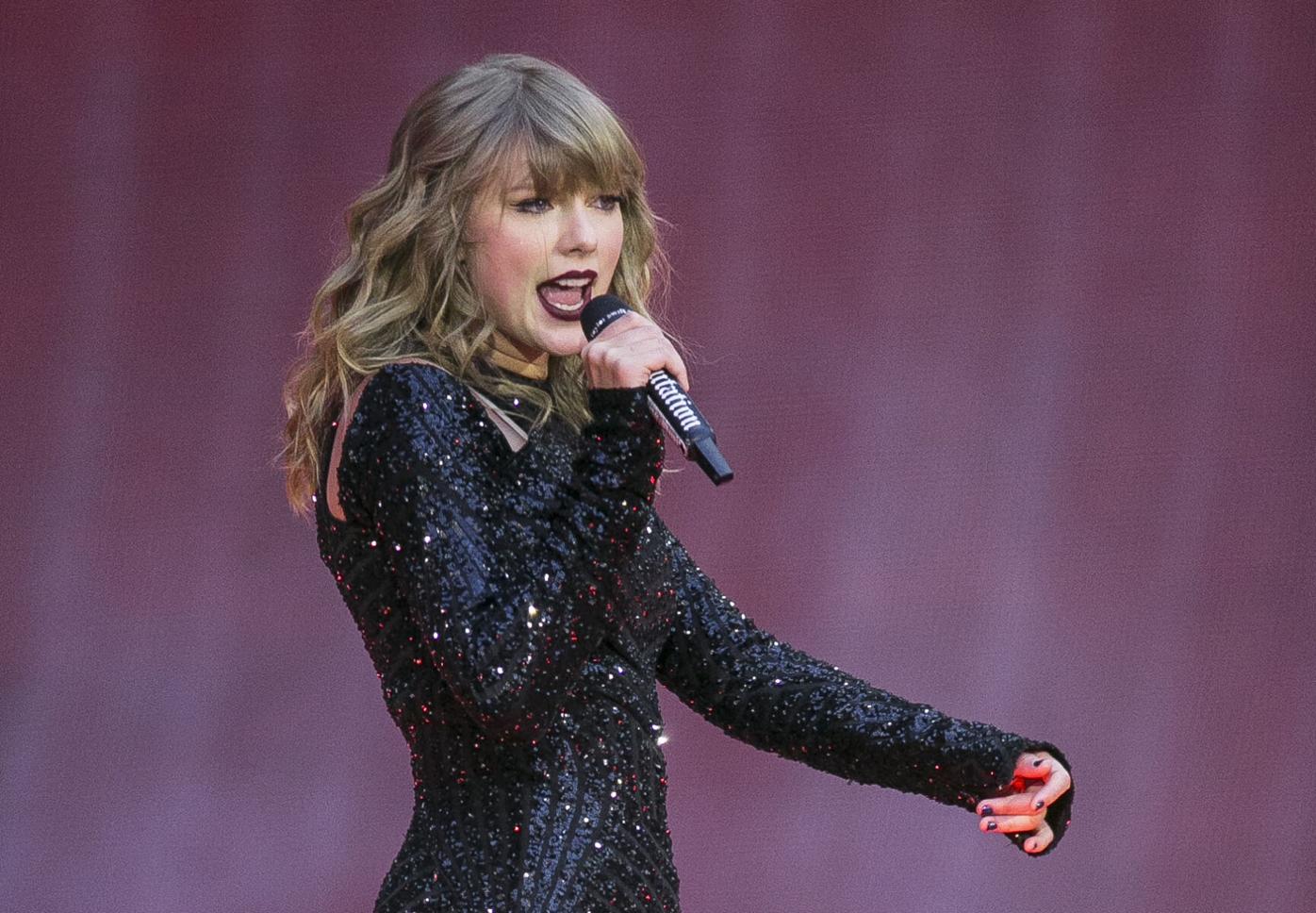 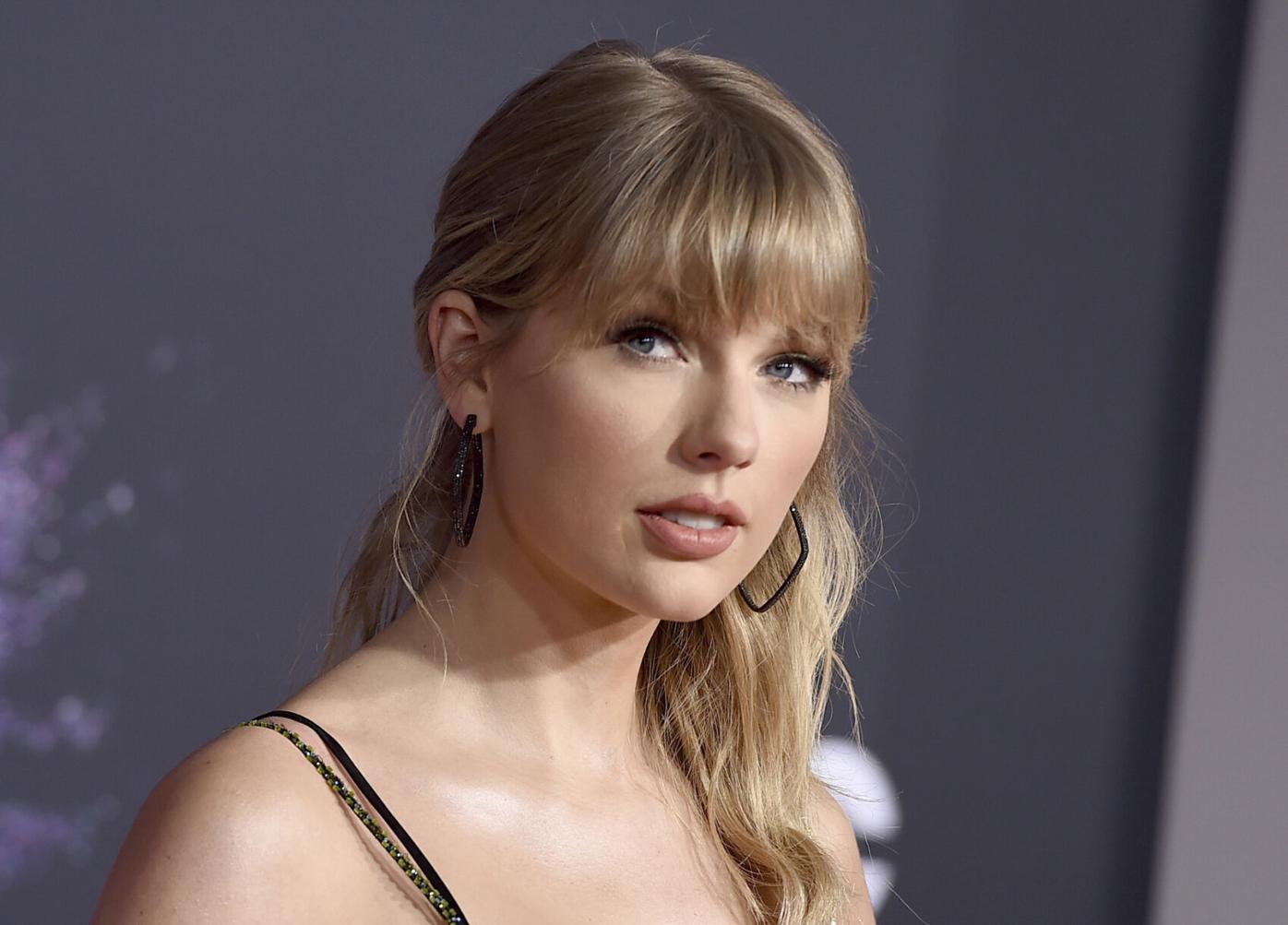 Taylor Swift at the American Music Awards in Los Angeles in 2019.

Taylor Swift performs during the Rock and Roll Hall of Fame Induction ceremony last month in Cleveland. Taylor Fest, a fan appreciation event, is Friday at Bluebird Theatre in Denver.

FILE — This Nov. 24, 2019 file photo shows Taylor Swift performing at the American Music Awards in Los Angeles. A documentary on Swift will kickoff the next Sundance Film Festival. (Photo by Chris Pizzello/Invision/AP, File)

Taylor Swift at the American Music Awards in Los Angeles in 2019.

A decade ago, a woman wise beyond her 21 years scribbled down these words: “That idea you had of me, who was she?”

They were directed at someone who broke her heart in what felt like the worst way: casually and cruel. Perhaps she was also writing to anyone ever who had lazily landed on a half-hearted (or, worse, deeply sexist) impression of the real her and her undeniable success.

When you are Taylor Swift, “anyone ever” is a lot of people. This is someone who has the capacity to get a Starbucks drink named in her honor, perform as the musical guest on “Saturday Night Live,” release a 30-song album called “Red (Taylor’s Version)” with an accompanying short film and, just as a side note, send me down the rabbit hole of reliving all of my past relationships in a span of one weekend. Even though none of us will ever do that much in one weekend, Swift’s multilayered brilliance is often reduced to ideas about who she wrote the song about.

We all know the worn-out jokes and the eye-rolls that follow Swift around, which is something I’ve written about before.

For the record, there should be no shame in loving Taylor Swift

This one’s not for the haters, though, because life and word counts are too precious to spend trying to convince people that some of the music you love most in this world, and music that has proven itself via the biggest awards and fan-made power-points and the tears of Carole King and a Beatles comparison from Billy Joel, deserves its place in this world.

This one’s about what Taylor Alison Swift brings to this world, which is so much that we’ll be untangling the threads of her scarf metaphors for years.

Let’s start with why we’re talking about this now. That seemingly simple question — “that idea you had of me, who was she?” — is among lyrics just now entering the holy ground of Swiftisms via the remade version of “Red,” released this month as part of Swift’s industry-changing quest to own her own masters.

Dream big during 'Disney on Ice," which has 6 shows in Colorado Springs

These lyrics are part of the much talked about and never-before-heard extended version of “All Too Well,” which fans and critics have declared an example of Swift at her best.

When Swift sings about “that idea of me,” she turns it over to us in that universal way she does best. We’ve all felt the sting of someone reducing us into a smaller or one-dimensional version of who we are. For Swift, this is nothing new.

Oh, she’s 16? She can’t possibly write her own lyrics. She writes about crying in the bathroom? She’s so dramatic. She sings something in a silly voice? She’s definitely not in on the joke.

Who was she, anyway? She was the girl who became a superstar by playing her feelings on a guitar only to be torn down into the girl who just has a lot of feelings.

Swift responds to this by turning punchlines into wordplay. She responds by showing us how a woman can achieve huge things by feeling it all and not feeling small and not saying sorry. She teaches us that the feelings you carry, no matter how big and no matter now messy, are nothing but an avenue to your wildest dreams.

This is how Kate Kennedy, a popular podcast host who turned her live events into full-on Taylor Swift dance parties, put it: “Her albums allow fans to experience their own joy and to process normal experiences of the human condition in a way that women have been made fun of for eternity.”

And this is one reason I’ve found myself tied to Swift like an invisible string for 15 years of my life.

I didn’t know as a teenager just how much she’d keep pulling me along. But I know now that if you just jump into the universe (Taylor’s Version), it will work in mysterious ways.

She sings about plaid shirts so that’s what someone will be wearing every time you fall in love. It will usually happen in the fall. Maybe you and Taylor started drinking Old-Fashioneds in 2016. You get an “All Too Well” tattoo and your ribs get broken just in time for the re-release “All Too Well.” You will meet someone new who wears a plaid shirt. You will not only live many states of grace and grief, but learn to appreciate them more.

I do not make the rules of this universe, but I’m far from the only one with a list of lyrics that feel all too relatable. This is the gift of Swift.

When I attend Taylor Fest at the Bluebird Theatre in Denver, one of many fan appreciation events that have popped over the years where you simply dance and sing along to Swift music, I’ll be celebrating my 29th birthday. I’ve decided to keep these words of Swift’s in mind over the next year: “I wanna be defined by the things that I love. Not the things I hate.”

But first, I will spend a night around people who know all the words about feeling happy, free, confused and lonely at the same time. No one will be afraid to feel too much.

Price: Tickets, $16-$20, are available at bluebirdtheater.net.

In Duncan MacMillan and Jonny Donahoe's "Every Brilliant Thing," audiences follow a narrator (Rebecca Myers) from adolescence to adulthood as she makes a list of all the reasons her depressed and suicidal mother should stay alive. It opens Friday at Theatreworks and runs through Dec. 19.