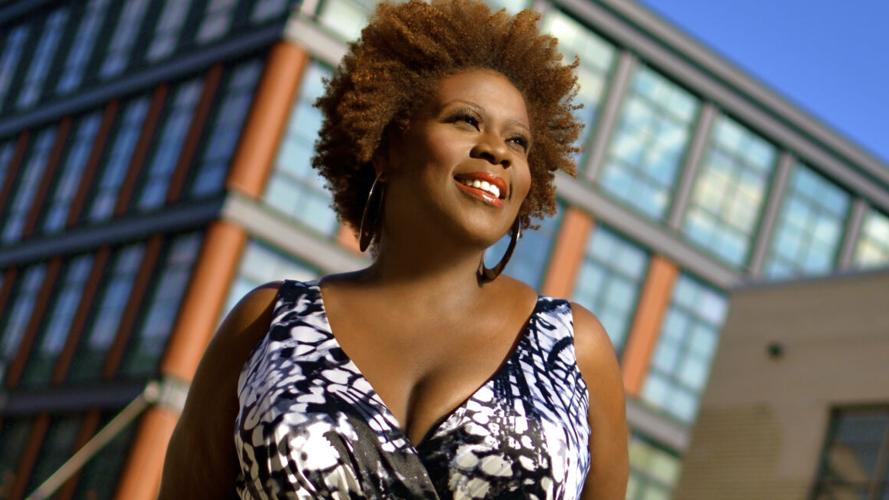 Capathia Jenkins is a longtime Broadway singer and actor who now travels the world performing hits from Aretha Franklin’s songbook alongside symphonies. “Aretha: Queen of Soul” is Friday and Saturday at Pikes Peak Center. 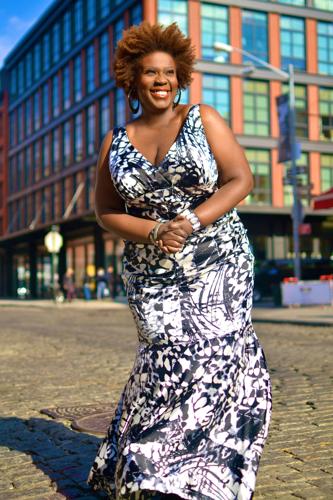 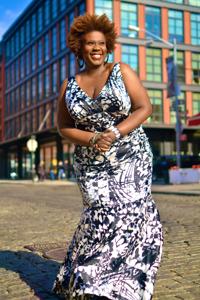 Capathia Jenkins debuted on Broadway in 1999 in “The Civil War.” She tours the world singing Aretha Franklin hits alongside symphonies.

Capathia Jenkins is a longtime Broadway singer and actor who now travels the world performing hits from Aretha Franklin’s songbook alongside symphonies. “Aretha: Queen of Soul” is Friday and Saturday at Pikes Peak Center.

Capathia Jenkins debuted on Broadway in 1999 in “The Civil War.” She tours the world singing Aretha Franklin hits alongside symphonies.

Aretha Franklin’s shoes might be a tight squeeze, but Broadway baby Capathia Jenkins is the woman to do it.

Jenkins, a Brooklyn-born and raised singer and actor, has made a name for herself by bringing the Queen of Soul’s music to the masses, as she performs alongside orchestras around the world. She knows better than to offer a carbon copy imitation of the inimitable singer, who died in 2018, but she’s well aware the audience wants to hear certain licks made famous by Franklin.

“There won’t ever be another Aretha. She was a singular, unique person,” Jenkins said from home in Georgia. “No matter what she sang, you always knew it was her. She had a way of infusing a song. She brought her whole self to it. There are certain things I try to copy, or try to do the way I think she did, but for the most part you are hearing Capathia.”

“Aretha: Queen of Soul,” featuring Jenkins and vocalist Matthew Johnson with the Colorado Springs Philharmonic, is Friday and Saturday at Pikes Peak Center.

The show will go back to Franklin’s gospel roots, with a few songs off her 1972 live album, “Amazing Grace,” before diving into the rest of her catalog. Johnson will do songs by Franklin’s friends, Otis Redding, Sam Cooke and Stevie Wonder, and the orchestra will perform solely instrumental versions of some of her music.

“She was always playing in my house. I grew up on her,” Jenkins said.

Much like Franklin, there was no way Jenkins wasn’t going to be a singer and performer. She came to it early, at 8, when a music teacher told her mother she had talent and to nurture it. When she was 12, that same teacher took her to see her first Broadway show — “The Wiz.”

“Watching another little Black girl from Brooklyn gave me permission to dream in such a visceral way,” Jenkins said. “It changed my life.”

In high school, she studied the classics, singing French, Italian and German arias, then went off to Temple University for its jazz vocal program. From there, it was theater and musical revues, a national tour of “Dreamgirls,” and then her big Broadway debut in 1999 in “The Civil War.” She followed it up with “The Look of Love” and “(mis) Understanding Mammy: The Hattie McDaniel Story,” among others, and her last show, “Newsies,” in 2014.

Pikes Pub: Freshen up that fest garb; Feast of St. Arnold is nigh

A couple of years ago, she and her husband relocated to Georgia for a more quiet existence outside the city. It’s an ideal spot to land after her symphony concerts, which started about a dozen years ago.

“It parlayed itself into a whole separate career I didn’t know was possible,” she said. “But I started to meet with conductors and they’d say what do you like to sing, let’s put a show together for you. It became this career, a dream I didn’t even know I had.”

Travis Scott and Morgan Wallen made controversial returns on the Billboard Music Awards stage on Sunday, while Mary J. Blige was honored for h…